What You Sow Is What You Reap? (Dis-)Incentives for Adaptation Intentions in Farming

Adaptation by farmers and other land managers responsible for climate-sensitive activities is central to ensuring resilience in the face of ongoing climate variability and change. However, there remains an adaptation deficit among agricultural producers: action to reduce vulnerability to the impacts of climate change is insufficient. To motivate adaptation, diverse incentives are in place most notably through the European Union’s Common Agricultural Policy which offers financial incentives to farmers. However, the effect of incentives on behaviour appears to be low. To better understand adaptation intentions, we report on the results of a survey experiment assessing framing effects on German farmers. Four framings of adaptation motifs—financial, norms, risk awareness, and technological innovation—are tested against a socio-cognitive model based on Protection Motivation Theory (PMT). According to PMT, adaptation intentions are a function of an individual’s risk and coping appraisal. Results show that, contrary to assumptions of profit maximizing individuals, economic incentives trigger fewer overall change intentions. Economic rewards do act on risk perception, but are less likely to trigger coping perception, while other treatments do. As coping perception is one of two socio-cognitive reactions to climate change, financial incentive structures fail to act on about half the factors leading to adaptation intentions. These effects dependent on subgroups, farm structures, and are mediated by climate experience. To support transitions towards robust adaptation, adaptation incentives must move beyond financial framings alone, and leverage on farmers’ recent experiences with adverse climate impacts, understandings of climate change, and the influence of social norms. View Full-Text
Keywords: survey experiment; protection motivation theory; climate change adaptation; behaviour change survey experiment; protection motivation theory; climate change adaptation; behaviour change
►▼ Show Figures 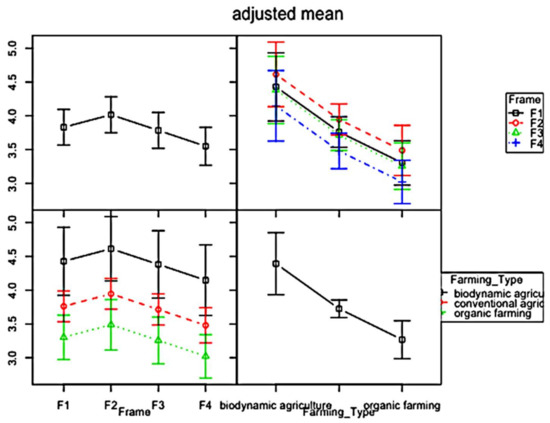