An Empirical Study on the Organizational Trust, Employee-Organization Relationship and Innovative Behavior from the Integrated Perspective of Social Exchange and Organizational Sustainability
Previous Article in Journal

Our study area was located in the Heilongjiang River Basin of Northeast China, a mid- and high-latitude region extending from 123°33′ to 127°31′ E and 46°10′ to 48°25′ N with a total area of 3,408,965 ha (Figure 1). The region has a temperate, continental, semi-humid, semi-arid monsoon climate, with long, cold winters and warm summers. Annual mean temperature is 2.74 °C and annual mean precipitation is 469.46 mm. Heilongjiang River Basin contained the most abundant wetlands in Northeast China, but the wetlands suffered serious human disturbances with population increasing quickly and extensive agricultural reclamation due to its suitable farming conditions.

We included a current climate scenario and three climate change scenarios. We chose five GCMs (IPSL-CM5A-MR, MIROC5, MIROC-ESM-CHEM, MRI-CGCM3, and NorESM1-M) from CMIP5 by comparing the root-mean-square errors (RMSEs) between the historical and observed climate data [23,41]. The smaller RMSEs indicated that the corresponding model performed better [22]. Thus, we considered that the five GCMs performed relatively well [21]. We used the historic climate data rather than the projected current climate data from the ensemble of the five GCMs in our modelling scenarios [20]. We selected RCP scenarios from the GCMs including RCP 2.6, RCP 4.5, and RCP 8.5 emission scenarios representing the lowest, intermediate, and highest increases in temperature in this region, respectively [42,43,44]. The historical monthly climate data (1960s–2009) were derived from China Meteorological Administration and the Meteorological Data Center (http://data.cma.cn/site/index.html). The climate scenarios data (2010s–2099) were obtained from CMIP5 (http://cmip-pcmdi.llnl.gov/cmip5/). We resampled all climate data to a 0.5° resolution grid because of the different resolutions among GCMs [45]. We assembled the annual mean temperature and annual mean precipitation from five GCMs under RCP 2.6, RCP 4.5, and RCP 8.5 emission scenarios at the 2040s (2010s–2039), 2070s (2040s–2069), and 2100s (2070s–2099). Annual mean temperature and annual mean precipitation changed slightly under the RCP 2.6 emission scenario, increased under the RCP 4.5 emission scenario, and increased dramatically under the RCP 8.5 emission scenario (Table 1).

We selected topography, hydrology, climate, and human activities as driving factors, which included 15 driving variables. Because of the inconsistent resolutions of driving variables, we resampled the maps of the wetland and driving variables to 200-m cells.
We included the warmness index, coldness index, annual mean precipitation, humidity index, annual mean temperature, potential evapotranspiration ratio, and annual biological temperature as climatic variables [20]. We calculated these variables for four periods, which included the current period (1960s–2009) and future periods (2010s–2039, 2040s–2069, and 2070s–2099). We calculated the warmness index and coldness index based on Kira’s method [46,47], the humidity index based on Kira’s WI [48], and the annual biological temperature and potential evapotranspiration ratio based on the revised Holdridge’s method [49,50,51].
We included aspect, slope, and elevation as topography variables [29]. We obtained slope, aspect, and elevation from the Digital Elevation Model (DEM) that was derived from the latest earth electronic topographic data of 2009 jointly launched by the National Aeronautics and Space Administration and the Ministry of Economy, Trade, and Industry of Japan. We used distance to water body as a hydrological variable because of the inaccessibility of other hydrologic data such as underground water [52].
We included agricultural population proportion [53], paddy field area proportion, dry farmland area proportion, and distance to roads [52] as human activity variables [54]. The census data, including population and agricultural cultivation (1990–2009), were derived from China Data Sharing Infrastructure of Earth System Science (http://www.geodata.cn/). Distance to roads was calculated by using roads map (2009). The roads maps were only evaluated in 2009 because historic roads maps were not available.

Our results showed that the predicted wetland area was similar to the observed wetland area (550,400 ha) for the 2010s. The average AUC value was 0.82 in the good standard range, indicating that the wetland spatial distributions between the predicted and the observed data were generally similar (Figure 2). Thus, we believe that the Random Forest model performed well for predicting future wetland distribution changes.

The importance scores of 15 individual variables ranged from 1 to 15 (Table 2). The high-ranking variables included agricultural population proportion, warmness index, distance to water body, coldness index, and annual mean precipitation, which had importance scores of 13.06%, 11.47%, 11.15%, 10.83%, and 10.57%, respectively (Table 2). On average, the important score of climatic factors (9.67%) was slightly higher than human activity factors (9.13%) and a lot higher than topographical factors (1.75%).

Our results showed that the variables with high importance scores included agricultural population proportion, warmness index, distance to water body, coldness index, and annual mean precipitation. The important score of agricultural population proportion ranked first because the agricultural population was directly related to the reclamation of wetland into farmland due to food demands and economic needs. This was also found by the research of Wo and Sun [64] who pointed out that agricultural population was the major factor in wetland changes in Northeast China; Xu and Dong [65] considered population, as well as farmers’ per capita net income, as major driving factors of wetland changes in this region. Warmness index was ranked second because high temperature accelerated the evaporation of wetland surface water altering wetland water cycles [31], consequently affecting wetland distribution. Distance to a water body as a hydrological variable ranked third because adequate water recharge maintained the wetland water tables which affected the growth of wetland plants, ultimately changing wetland distribution [4,66]. Coldness index was important because it affected the growth of wetland plants and the evaporation of surface water [67]. Annual mean precipitation also affected the water tables of the wetland and provided water recharge, which played a significant role in wetland extent [68,69].
Climatic factors had slightly larger effects than human factors on wetland distribution changes and much larger effects than topographical factors with relatively flat terrains. Climate in the study area presented a warming trend that affected the wetland. The agricultural population generally reclaimed the wetland into farmland due to food demands and economic needs [69]. However, the agricultural reclamation active during the 1950s has remained relatively stable after the 1990s [70]. Climate change had negative effects on wetland distribution changes in the mid- and high-latitudes generally. The warming climate would increase soil temperature, decrease the groundwater level, accelerate water circulation, and affect the growth of wetland plants that led to poor water interception and minimal surface flow in wetlands [31]. The stable reclamation still had a negative effect on wetland changes in this region because human activities converted the wetlands to agricultural uses to accommodate population growth [70,71,72]. The important effects of climate change and human activities on wetland distribution were generally consistent with previous studies.
Nevertheless, our study, in selecting the driving factors of wetland changes, was different from some previous studies. Geological, topographic, and climatic conditions led to various changes in the predicted wetland distributions in some mid- and high- latitude regions of Europe [73]. Hydrological variability and geomorphic controls provided some explanatory power in wetland distribution changes in a mid- and high region of USA [74]. LUCC changes (e.g., grasslands and forest) resulted in some wetlands loss in a mid- and high- latitude region of Argentina [75]. These differences may be due to different approaches used or differences between our regional results and site-specific results. Thus, investigating wetland distribution changes may need to consider more driving factors such as geology and LUCC changes. 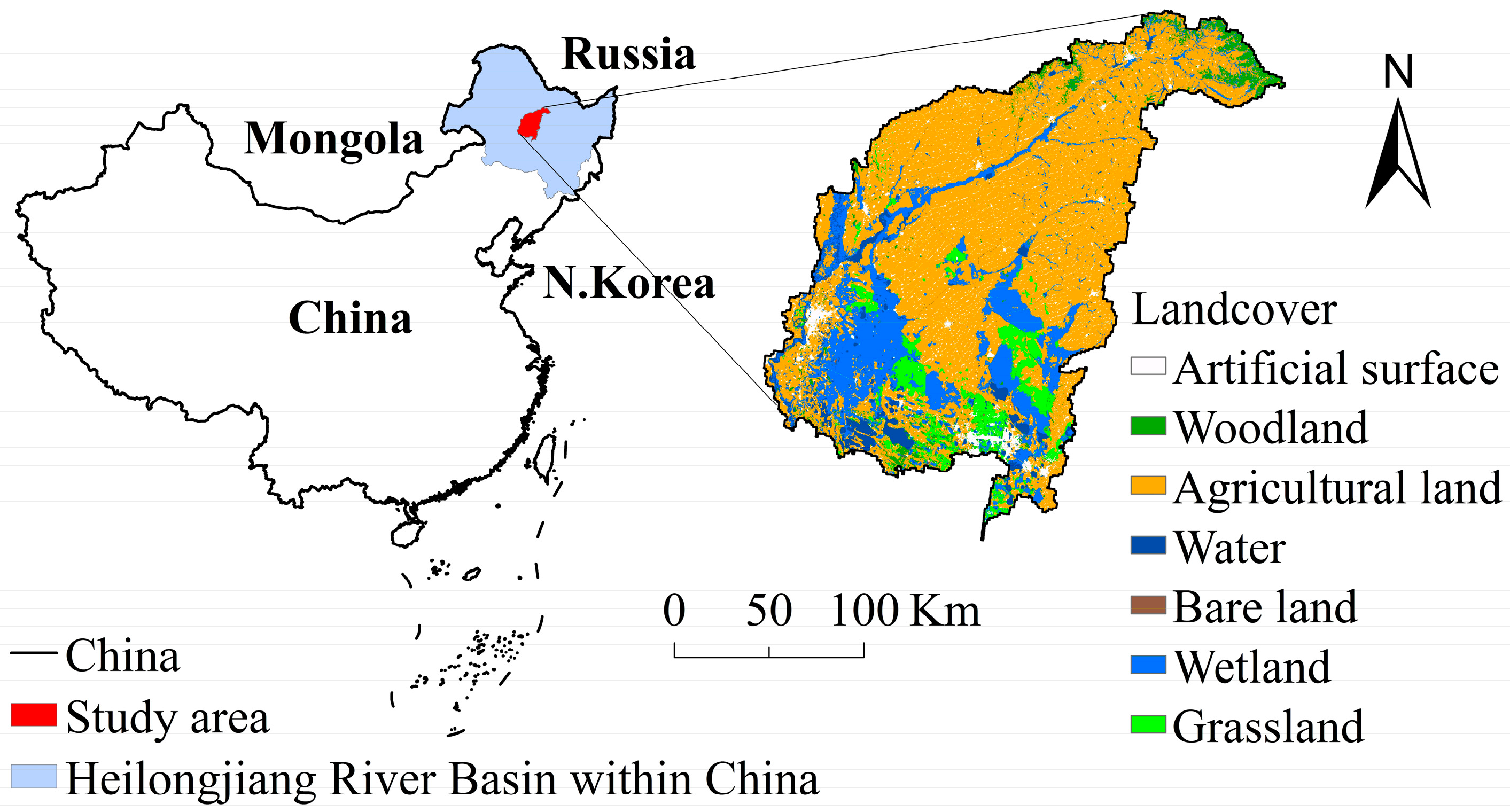 Table 2. Characterization and variable importance score.
Table 2. Characterization and variable importance score.
© 2018 by the authors. Licensee MDPI, Basel, Switzerland. This article is an open access article distributed under the terms and conditions of the Creative Commons Attribution (CC BY) license (http://creativecommons.org/licenses/by/4.0/).
We use cookies on our website to ensure you get the best experience. Read more about our cookies here.
Accept
We have just recently launched a new version of our website. Help us to further improve by taking part in this short 5 minute survey here. here.
Never show this again