Exploring the Strengths and Limits of Strong and Weak Sustainability Indicators: A Case Study of the Assessment of China’s Megacities with EF and GPI
Previous Article in Special Issue

Identifying the Virtuous Circle of Humanity Education and Post-Graduate Employment: Evidence from a Confucian Country

:
When monitoring the long history of empirical instruments for environmental attitude measurement, the Two Major Environmental Value model (2-MEV) with its two higher order factors: Preservation (PRE) and Utilization (UTL) has repeatedly and independently been confirmed. PRE assesses preferences towards conservation of nature and the environment, whilst UTL measures preferences towards utilization/exploitation of nature. The latter, however, does not yet include the positive aspects of benefitting from the (enjoyable) use of nature. Consequently, besides the established 2-MEV-battery, additional items from an “Appreciation of Nature” (APR) scale were applied to an Irish sample of 289 secondary school students (age: M = 14.3 years). Responses to the altogether 30-item battery were applied on an oblique rotation by using the Promax procedure: UTL and PRE appeared as orthogonally related factors, APR correlated to PRE with 0.283. Based on loading scores, the item number for each subscale was further reduced to make the analysis more manageable in educational outreach sites; on those sites, where completing questionnaires may well be quite unpopular, they are very much needed for planning and fine-tuning educational programs. Therefore, extending the 2-MEV scale with an added scale for Appreciation may help: (i) to judge participants’ feedback for adjusting/balancing program contents better; and (ii) to promote appreciation as a successful strategy for shifting individuals away from their individual exploitative preferences.
Keywords:
2-MEV model; utilization; appreciation; preservation; environmental attitudes and values; gender

In total, 289 secondary school Irish students, 203 males, completed a paper-and-pencil questionnaire during regular school schedules. Ages ranged from 13 to 18 (mean 14.3). The questionnaire consisted of the usual demographic items, of 20 items of the 2-MEV scale [16,17,26,39] and of 15 Appreciation items of Brügger et al. [43] and Kaiser et al. [52]. The 2-MEV’s items were taken from Kibbe et al. [39], as the items’ wording was repeatedly further simplified due to wide usage all over the world (currently 28 language versions are known). The appreciation measure was taken from the original study of Brügger et al. [43]. However, a factor-analyzed approach was applied instead of the originally favored a Rasch-analyzed testing approach to avoid two different analyses measures and thus facilitate its better applicability at outreach facilities. For the very same reason, the 7 highest loading items on each higher order factor were selected. The response pattern followed a 5-point Likert scale (1 = I totally disagree, 5 = I totally agree): A nature-oriented person would, therefore, score high in Preservation and Appreciation, but low in Utilization.
Analyses were conducted using IBM SPSS Statistics 21. An initial factor analysis of all applied items yielded three subscales (APR, UTL, PRE) (the initial PCA scores are not shown here): the 7 highest loading items of each subscale were combined and again subjected to a factor analysis yielding a clear three factor structure. In general, PCA was applied as the structures factor had been repeatedly approved regarding the 2-MEV during the long line of studies (e.g., [26,38,53]).

The 21 items of our reduced item-set were subjected to a Component Analysis (PCA) including a subsequent oblique rotation using the Promax [54] procedure with kappa set to the default value of 4. For readers unfamiliar with Promax, the method first performs an orthogonal rotation of the components, and then raises the resulting loadings to the power kappa, so that the smaller the loading, the greater the reduction in absolute size, yielding an approximation to simple structure with correlated components. The initial signs are restored, producing an “ideal” target matrix. The orthogonal solution is then rotated to maximum conformity with this target using the method of least squares. The Promax solution is displayed in Table 1. Three clear separate factors emerge: Appreciation (APR), Utilization (UTL) and Preservation (PRE).
Of interest in the present paper, of course, are, besides the clear and distinct loading scores, the inter-correlations of the three factors. The approximation to orthogonality of UTL and PRE originally proposed in Wiseman and Bogner [19] is confirmed: rUTLxPRE = −0.161 is the equivalent of a mere 2.6% common variance and an angle of 89.7° between the two vectors—so close to 90° that, for all practical purposes, UTL and PRE may be considered orthogonal. APR and UTL are uncorrelated: rAPRxUTL = 0.037. The correlation between APR and PRE, however, is appreciably higher: rAPRxPRE = 0.283, reflecting 8.2% common variance, and an interfactor angle of 81.7°, substantively different from 90°. PRE, of course, remains an important factor in its own right, 91.8% of its variance being independent of APR. The communality scores range from 0.634 (item: I take time to watch the clouds pass by) to 0.276 (item: I save water by taking a shower instead of a bath (in order to spare water)). The total scale’s reliability scored 0.690, removal of items in almost all cases would decrease this score, just for three items a slight increase to 0.700 would have occurred. Of interest in the present paper is less the loadings than the inter-correlations of the three factors, as shown in Table 2. As expected, PRE is positively correlating with APR, while both relate negatively with UTL. Nevertheless, the scores never exceeded 0.3. This relationship may explain why, for instance, the item “Pets are part of the family” was able to substitute the original enjoyment item “I have a sense of well-being in the silence of nature”. Repetition of factor analyses without the “pet-item” did not affect the factor structure anyway. Thus, the power of all three the factors is encouraging. The sample’s age-group contained secondary school cohorts. Age and gender were not separately analyzed, as earlier studies consistently showed no difference for our sample’s age-group [26].

The author is very grateful to the teachers and students contributing to the study as well as to T. Blaine and M. Farren for assisting the data collection. Similarly, S. Tomkins and M. Wiseman have constructively discussed earlier versions of the manuscript. M. Wiseman also supported the statistical analyses. This publication was funded by the German Research Foundation (DFG) and the University of Bayreuth within the funding program Open Access Publishing. 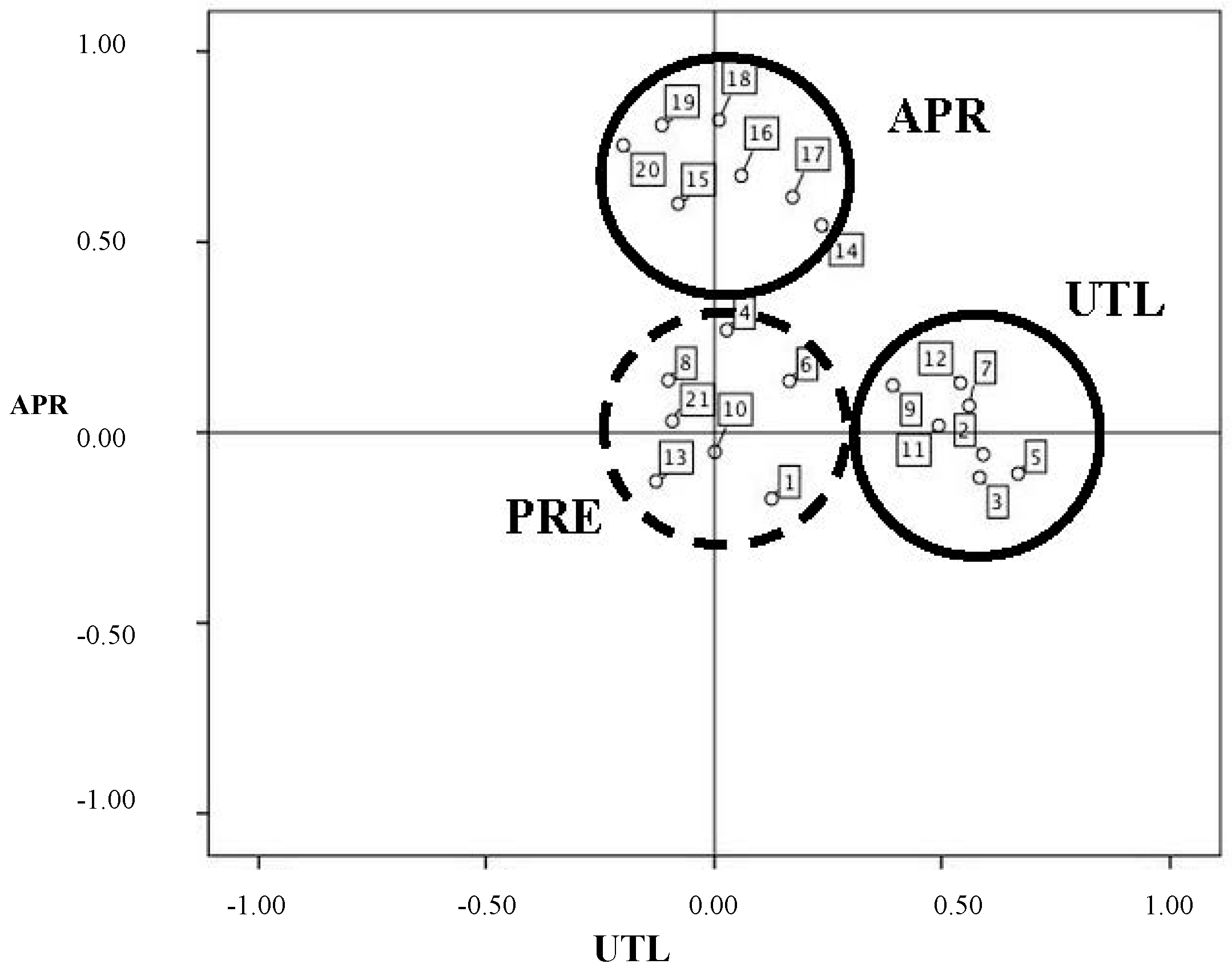