CSR is not only about corporate value, but also the embodiment of corporate sustainable development. Some literature has reported quantitative and empirical studies of applications and impacts of CSR. Carter and Jennings [53] investigated the value of CSR in decisions in supply chains through case studies and found that a supplier with CSR can draw more attention from the society. CSR is generally associated with corporate performance and Carter and Jennings [54] pointed out that the implementation of CSR tends to contribute to the performance of suppliers. Asgary et al. [55] investigated into the economic impacts of CSR on operations of supply chains of multinational corporations and evaluated the special bullwhip effect due to unethical operations through expanding the bullwhip effect in managing supply chains into a moral operational environment. Additionally, some researchers have investigated into the impact of CSR on supply chains or explored ways to achieve a sustainable supply chain. Panda [56] discussed pricing decision and coordination of CSR manufacturers and retailers. He found that the revenue sharing contract can be the maximum motivation to improve CSR of retailers. Modak et al. [57] looked at dual-channel supply chains and integrated CSR impacts in the form of consumer surplus into CSR profit function, investigating CSR impacts on the successful operation of dual-channel supply chains. Liu et al. [58] segment tourism supply chains and they found that environmental treatment efficiency or sales increase with the rise in CSR and that members’ profits grow with the rise in CSR of tourism operators. From the perspective of enterprise profitability, Panda and Modak [59] showed that through the practice of corporate social responsibility, the motivation of maximizing non-profitability of channels creates greater profits than maximizing the target when sub-game perfect equilibrium substitutes quotation negotiation. Esfahbodi et al. [60] proposed a sustainable supply chain management model. Through empirical comparison of this model, they found that sustainable supply chain management can improve environmental performance, but it will not gain economic benefits in the short term. Ding et al. [43] studied the interaction of sustainable constraints and their influence on the cooperative decision-making of supply chain enterprises, and found that the government’s policy incentives have a significant impact on the sustainable development of the supply chain. Fritz et al. [61] provided suggestions for the establishment of supply chain sustainability assessment indicators through qualitative and quantitative research on sustainability reports. They point out the importance of the governance dimension in a sustainable supply chain. Gouda et al. [62] explored the impact of sustainable practices on supply chain risk through empirical analysis, and found that sustainability efforts can reduce supply chain risk, which provides impetus for sustainable supply chain practice.
Prior research has shown that there is a growing body of literature on the impacts of CSR on the performance of supply chains, but the literature related to CSR and sustainable closed-loop supply chain is relatively rare. Hamid et al. [63] studied the network design in closed-loop supply chains, and developed three different target functions to create job opportunities by considering social factors such as total cost, environment and equity. Pedram et al. [64] designed a closed-loop supply chain and claimed that job opportunities can be created to reduce unemployment rates; in addition, they developed a multiple-layer integer linear programming system to maximize profits and job opportunities. Panda and Modak [24] explored channel coordination of CSR in closed-loop supply chains and showed that recycling rates are directly proportional to the manufacturer’s CSR strength and recycling rates are restricted within a certain range, while the revenue sharing contract can resolve channel conflicts. Wells et al. [65] designed a closed-loop supply chain system for the automotive industry to explore the relationship between the new business model and the closed-loop system, and proposed the transition to sustainable production and consumption. Using the in-depth interview method, Jonas [66] discussed how 3PL provides green logistics services to promote the sustainable development of enterprises and reveals the benefits of green logistics. Recently, Jonas [67] established the Extend Producer Responsibility (EPR) model in the case of OEM recycling, and provided a sustainable development strategy for enterprises in the closed-loop supply chain. To enrich the research on CSR in closed-loop supply chains, this article expands the model by Panda and Modak (2017) to carbon emission constraints, and further explored into the impacts of CSR on carbon emissions. Following Nie et al. [68] and Wang et al. [69], this article introduces government reward and punishment mechanisms to control carbon emissions from enterprises. In terms of social welfare in social responsibility, Park et al. [70], Yang et al. [71] and Zhou et al. [72] considered the impacts of CSR on social welfare. This article draws on their research and compares optimal decisions in different models.
Table 1 shows the summary of extant literature related to this article. Unlike prior research, this article highlights the following findings. Firstly, prior research on CSR supply chains focuses on pricing decisions and coordination of channels, while CSR in closed-loop supply chains has been under-researched. This article introduces government reward and punishment mechanisms into CSR in closed-loop supply chains, which enriches the research on CSR closed-loop supply chains and explores into the impacts of carbon emission constraints and government policy on pricing strategy, recycling strategy, profits of channel members and carbon emissions. Secondly, prior empirical and quantitative research concentrates on the role of CSR in the exterior and interior of enterprises, such as corporate reputation, staff employment and corporate profits, among many others. Therefore, this article deals with the impacts of CSR on carbon emissions, and mathematical models are deployed to prove the role of CSR on the environment. Finally, this article differs from prior research in that it constructs a model of maximizing social welfare; it examines the contribution of CSR to society from the perspective of social welfare, which is compared with the model of maximizing the manufacturer’s total profits; and it also discusses differences in economic and environmental benefits of these two models.

Table 2 illustrates variables and notations used in this article.

This article examines the optimal decisions in CSR closed-loop supply chains with the policy of government carbon emission constraints; discusses the impacts of carbon emission constraints and CSR strength on recycling and remanufacturing decisions; and compares the model of maximizing the manufacturer’s total revenues and the model of maximizing social welfare. Here, the manufacturer makes new and remanufactured products, while the retailer collects waste products from the consumer. This study integrates CSR in the form of consumer surplus into the model.
Based on the results of this study, a number of findings and implications are presented as follows. (1) The product remanufacturing emission reduction coefficient is positively correlated with the recycling rate of used products. For enterprises with different remanufacturing emission reduction factors, the government’s carbon emission restraint policy should be appropriately adjusted. (2) The increase of the government’s reward-penalty coefficient leads to a fall in the recycling rate, and the manufacturer’s profits drop initially and then increase. Therefore, in order to limit the carbon emissions under the conditions of ensuring the company’s income, the government needs to set a reasonable carbon emission cap and formulate different reward-penalty factors for different types of enterprises to achieve a win-win situation between economic interests and environmental benefits. (3) The recycling rate of used products and the profit of channel members are directly proportional to the intensity of corporate social responsibility. The increase in the intensity of corporate social responsibility has reduced the average carbon emissions of products, but the total carbon emissions of enterprises have increased. Therefore, the government needs to balance the rewards and penalties between corporate social responsibility and carbon emissions. (4) In terms of economic and environmental benefits, the social welfare maximization model is superior to the manufacturer’s total profits maximization model. This provides new management implications for corporate decision makers.
This article provides some recommendations for enterprises with CSR in closed-loop supply chains with carbon emission constraints. However, there are some limitations which can be expanded and improved on in future research. (1) It is assumed that demand is the linear function of prices, whereas the demand function can be expressed in more than one form in reality. Therefore, future research can be based on the stochastic demand function or a more complex form. (2) In this paper, CSR is discussed in the form of consumer surplus. In fact, some scholars have applied CSR directly to the demand function in other forms, which provides new ideas for future research. (3) The government reward-penalty coefficient and carbon emission cap have a significant impact on the profits of enterprises. The government needs to formulate the reward-penalty coefficient and carbon emission cap rationally, but this paper does not analyze and discuss it in detail. Therefore, the in-depth study of the reward-penalty coefficient and carbon emission cap is of practical significance. (4) With the increase of CSR intensity, the total carbon emissions will increase. The government needs to reward socially responsible enterprises reasonably under the constraint of carbon emissions, and punish those enterprises whose carbon emissions exceed the upper limit. Therefore, how to balance the incentives and penalties between social responsibility and carbon emissions is a problem worthy of further study. (5) The Social welfare maximization model is the model of maximizing total channel revenue. How to formulate an effective coordination contract to enable manufacturers and retailers to maximize channel total revenue is also one of the future research directions. (6) This paper only discusses the situation in which manufacturers have CSR. In fact, retailers may also have a sense of CSR. Therefore, future research can explore the issue of both manufacturers and retailers with a sense of social responsibility. Despite some assumptions and premises which limit the application of this model, our findings are practical, having a positive impact on the formulation of carbon emission constraints and the management of enterprises with CSR in closed-loop supply chains.

In this article, T.S. proposed the main idea and revised it many times; Q.L. constructed the model, analyzed the data and made the calculation; and S.C., S.W. and K.K. have provided constructive suggestions to improve the research and manuscript. All authors have read and approved the final manuscript. 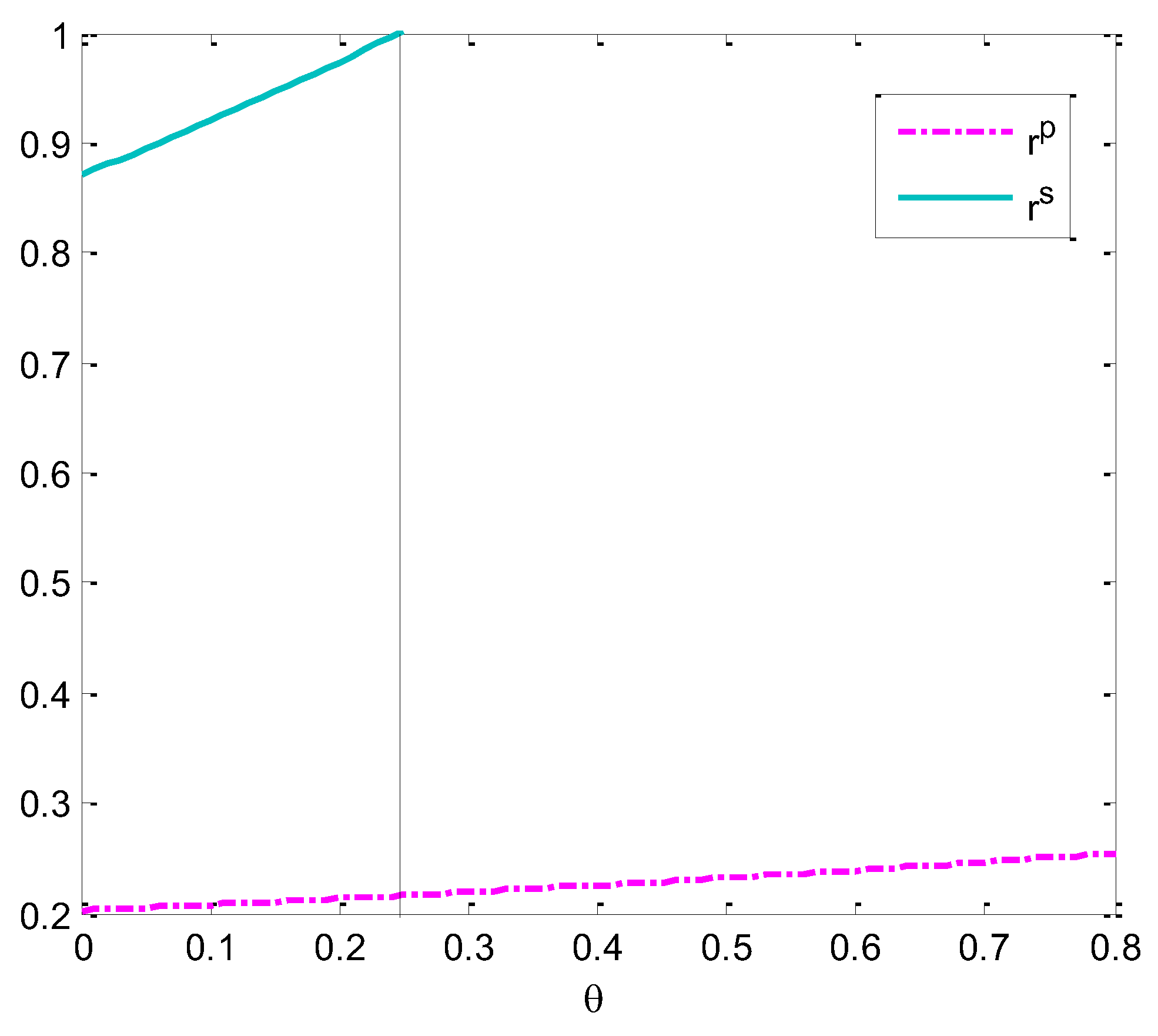 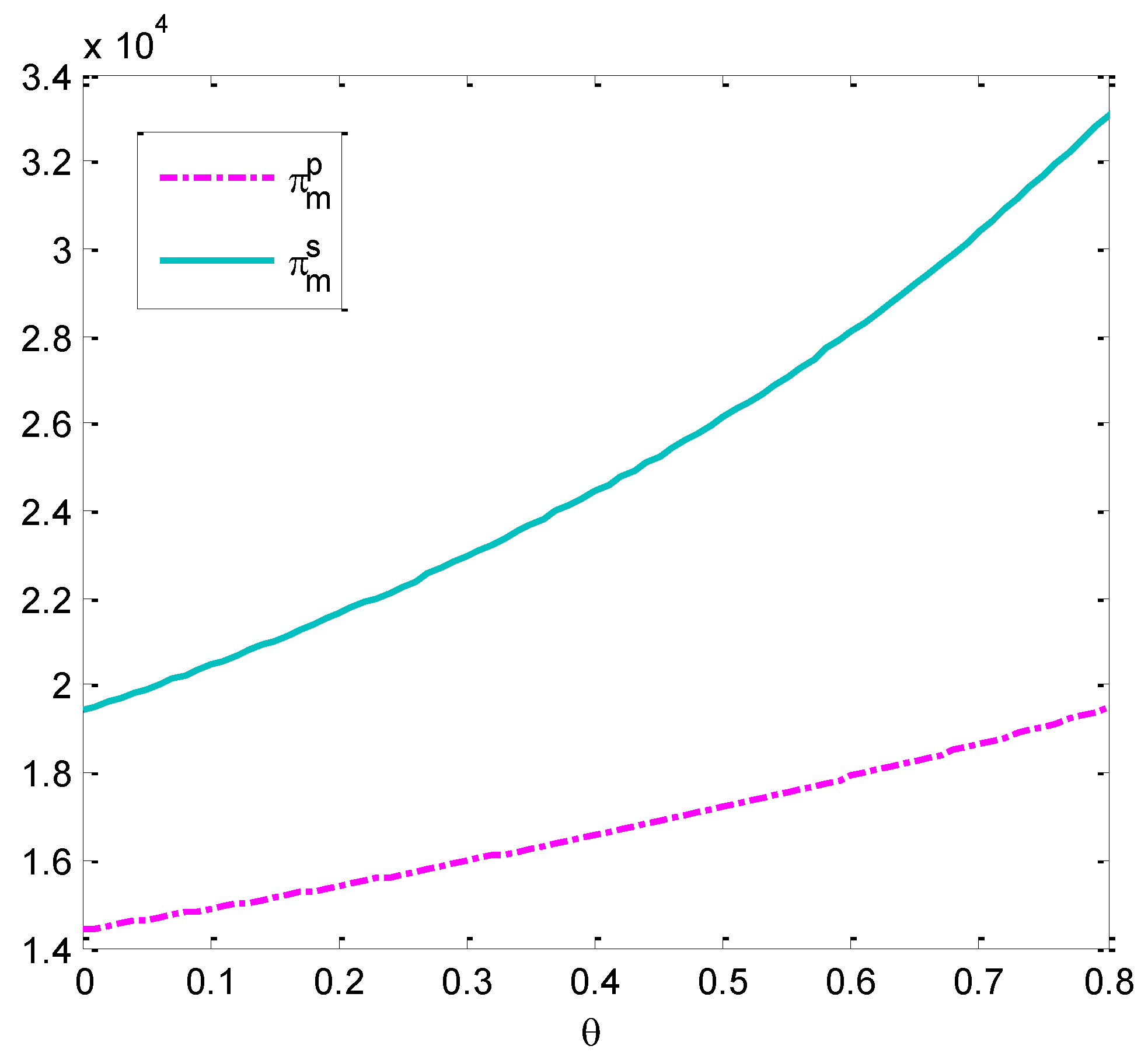 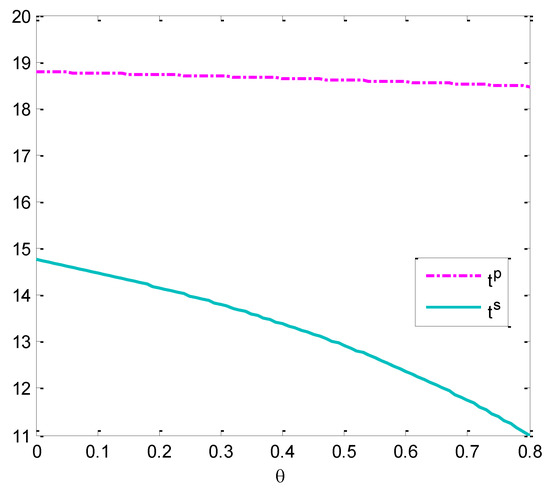 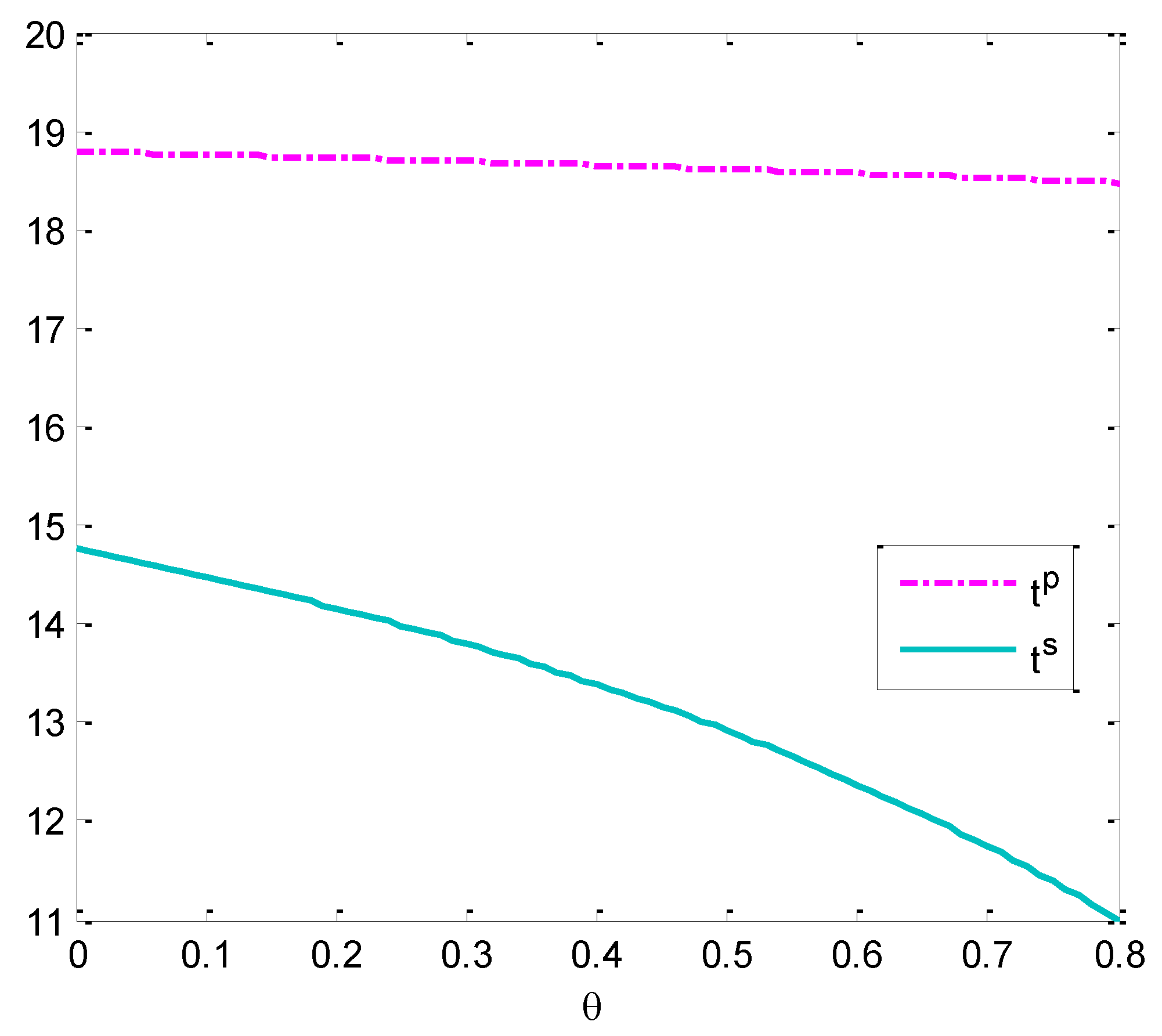 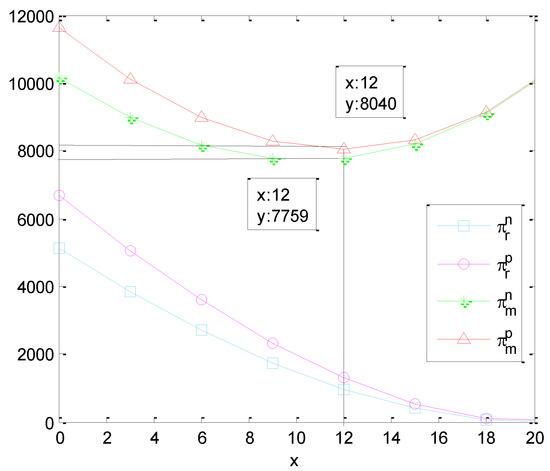 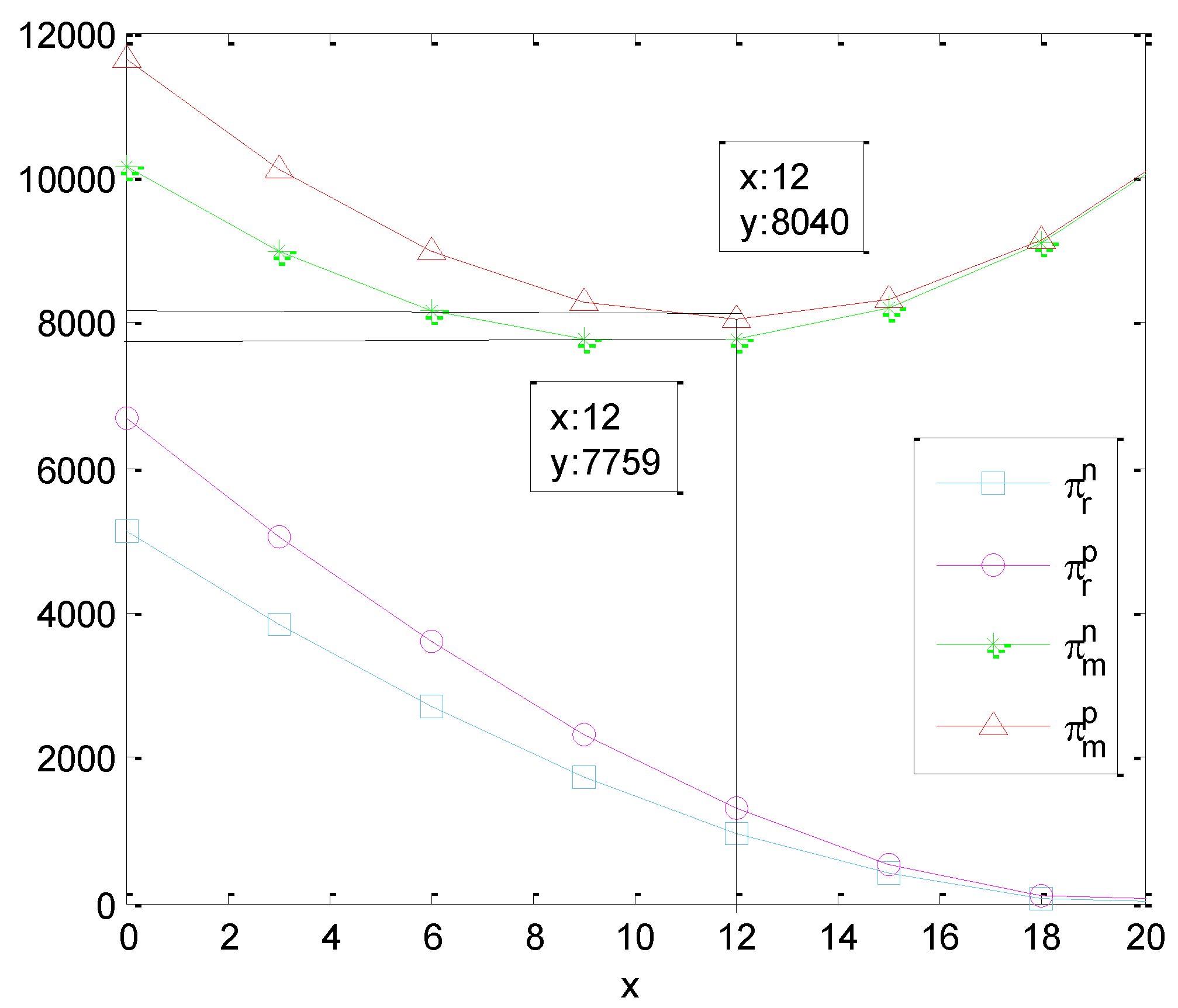 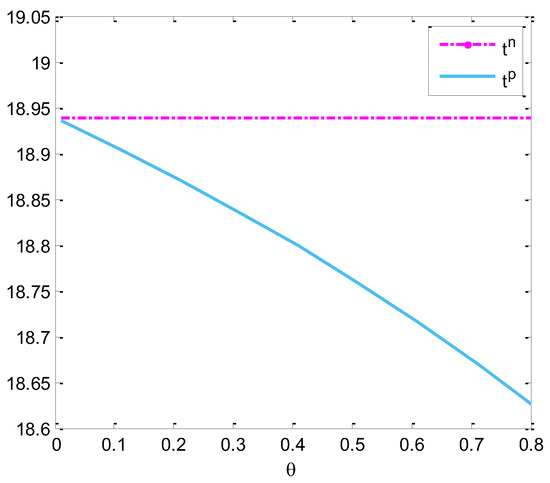