Urban Resilience has recently emerged as a systematic approach to urban sustainability. The malleable definition of resilience has rendered its operationalisation an intriguing task for contemporary cities trying to address their organisational problems and confront uncertainty in a holistic manner. In this article we investigate the implementation challenges emerging for Resilient Strategies by the inattention paid to urban geological risk. We conceptualise urban geological risk as the combination of urban geohazards, geological vulnerability and exposure of the built environment and focus on the case study of Thessaloniki, Greece, a city that joined the 100 Resilient Cities initiative in 2014 and published its “Resilience Strategy 2030” (RS) in 2017. After a review of the RS, historical records of natural hazard events and with evidence gathered through interviews with city officials, we emphasize on earthquakes and surface flooding as the most relevant geohazards for Thessaloniki to tackle in its journey towards urban resilience. First, we examine geological vulnerability to earthquakes in conjunction with exposure of the built environment, as an outcome of ageing building stock, high building densities and the urban configuration, in Acheiropoietos neighbourhood, within the historic centre of the city. Then, we explore geological risk to surface flooding in Perea, in Thermaikos Municipality, with a particular focus on flash floods, by demonstrating how limited consideration of local geomorphology as well as semi-regulated urban expansion and its limited connection with emergency planning increase exposure of the built environment to surface flooding. Finally, we come up with the major implementation challenges Thessaloniki’s RS faces with regard to urban geohazards. View Full-Text
Keywords: geohazards; urban resilience; implementation; 100 Resilient Cities; Thessaloniki geohazards; urban resilience; implementation; 100 Resilient Cities; Thessaloniki
►▼ Show Figures 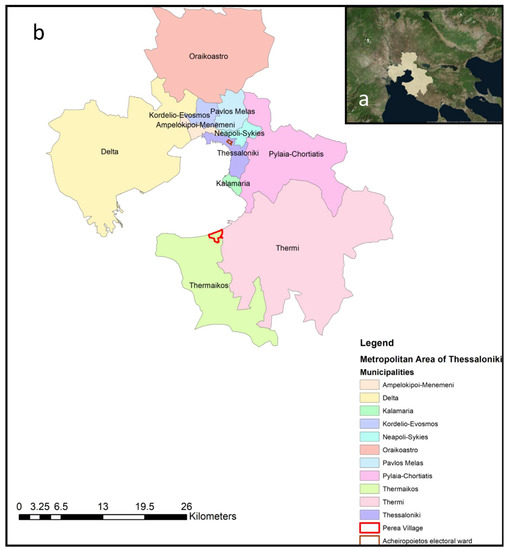