Association between Empagliflozin Use and Electrocardiographic Changes

The latest updates to the heart failure treatment guidelines by the American College of Cardiology recommend the use of sodium-glucose cotransporter 2 (SGLT2) inhibitors, either dapagliflozin and empagliflozin, in patients with heart failure with reduced ejection fraction (HFrEF) irrespective of diabetes status as add-on therapy [1]. This recommendation follows evidence from two clinical trials and a meta-analysis. First, the DAPA-HF trial showed that in patients with HFrEF with or without diabetes, dapagliflozin reduced the rate of worsening heart failure (HF) or cardiovascular (CV) death [2]. Second, in the EMPEROR-Reduced trial, there was a significant reduction in the event rates of CV death or HF hospitalizations in patients with diabetes treated with empagliflozin [3]. The effect of these SGLT inhibitors was found to be consistent across the two trials in a subsequent meta-analysis [4].
Recently, empagliflozin was shown to decrease the risk of CV death or HF hospitalizations in patients with HF with preserved or mid-range ejection fraction [5]. The European Society of Cardiology also gave a Class I recommendation for the use of dapagliflozin, empagliflozin, and sotagliflozin in patients with heart failure and diabetes to reduce HF hospitalizations and CV death [6]. Although fatal arrhythmias were included in the adjudication of CV death in both the DAPA-HF and EMPEROR-Reduced trials, none reported the incidence of non-fatal arrythmia as adverse effects or reduction in non-fatal arrhythmia burden as an outcome. Per drug packet insert monographs, neither dapagliflozin nor empagliflozin are associated with QTc prolongation in early clinical trials and effects on ECG features associated with the drug have not been reported.
SGLT2 inhibitors have also gained attention for their potential antiarrhythmic effects, including a significant reduction in the risk of atrial fibrillation, atrial flutter, and new-onset arrhythmias [7,8,9,10]. The reported reduction in incidental arrhythmias from SGLT2 inhibitor use may be due to their ability to modify the comorbid risk factors for the development of those arrhythmias. However, the electrophysiologic mechanisms of SGLT2 inhibitors at the cellular level remain to be established. Recently, Philippaert et al. reported that empagliflozin targets late sodium channels and reduces late sodium current in murine models of heart failure [11]. The late sodium current is associated with increased calcium influx and prolongation of the plateau phase of the action potential [12]. Increased late sodium current occurs in heart failure, myocardial ischemia, and bradycardia, and has been associated with electrophysiologic and mechanical dysfunction [13].
SGLT2 inhibitors have the potential for wide adoption among prescribers given the clinical benefits. It is therefore important for clinicians to be aware of electrophysiologic effects of this class of medication. However, potential electrocardiographic changes associated with SGLT2 inhibitor use have not been reported. We hypothesized that empagliflozin (henceforth referred to as “Empa”) would be associated with shortening of the myocardial action potential duration, which would manifest as a shorter QRS duration and QT interval on the surface electrocardiogram (ECG). We also postulated that Empa would cause slower ventricular rates due to inhibition of the sympathetic nervous system [14]. In this single-center cross-sectional study, we tested these hypotheses by reviewing the ECGs of patients prescribed Empa for management of diabetes mellitus.

We queried our healthcare system’s database for encounters between 1 January 2020, and 31 December 2020, with at least one prescription renewal for empagliflozin and included patients who were at least 18 years old and had at least one ECG after initiation of Empa. We abstracted demographic data, comorbid conditions, all medication list before and after initiation of Empa, and cardiologist-confirmed ECG reports. For subjects who had before and after ECGs (n = 78), we used the most recent ECG obtained in the 12-month period prior to the initiation of Empa as the baseline ECG. We limited our sampling space to this window in order to limit the influence of disease progression and chronic medication changes in our observations. The frequency distribution of ECG rhythms before and after initiation of Empa was compared using Fisher’s exact test of independence. The paired t-test was used to assess the difference between baseline and post-Empa ECG measurements. Medication lists before and after initiation of Empa were compared using the two-sample Z-test of equality of proportions. All tests were performed as 2-tailed and statistical significance levels were set at a p < 0.05 in all applied analysis. Statistical analysis was performed using Stata (StataCorp Release 16). The study was deemed exempt from institutional review board evaluation as it used existing patient data.

Conceptualization and writing—original draft, D.A.-A., S.S. and B.D.B. Methodology and data curation, M.B.U. and M.A. Supervision and writing—review and editing, N.G., P.D. and T.D.G. All authors have read and agreed to the published version of the manuscript.

Ethical review and approval were waived for this study by the Institutional Review Board of the University of Nevada, Renno School of Medicine, as it used existing patient data.

Patient consent was waived, as all data were fully anonymized and summarized in aggregate.

The data presented in this study are available on request from the corresponding author. The data are not publicly available, as all data were collected from a private healthcare system database. 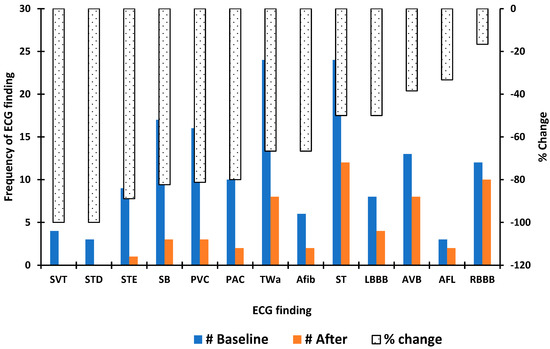