Collectively known as pheochromocytomas/paragangliomas (PPGLs), pheochromocytomas (PCCs) and paragangliomas (PGLs) are catecholamine-producing tumors that arise from chromaffin cells in the adrenal medulla or paraganglia, respectively [1]. Approximately 10% of PCCs were thought to be familial cases [2]. However, approximately 30–40% of PPGLs have been reported as hereditary tumors [3,4]. RET, VHL, SDHA, SDHB, SDHC, SDHAF2, NF1, and TMEM127 contribute to hereditary PPGLs [5]. In 2011, MAX variants were identified as one of the causes of hereditary PCCs [5]. We report a case of bilateral adrenal PCC with a germline variant in MYC-associated factor X (MAX) gene without a clear family history of PPGLs.

A healthy 40-year-old man (height, 178 cm; weight, 68 kg) did not have any family history of PPGL, but his father had hypertension. He had a younger brother and two children with no relevant medical history (Figure 1). Two masses in the left adrenal gland, 16 mm (tumor 1 in Figure 2) and 13 mm (tumor 2 in Figure 2), respectively, were incidentally detected by computed tomography imaging during a health check-up program, which are commonly conducted at medical facilities in Japan and other Asian countries in order to identify risk factors and screen for diseases when people are still healthy. His body temperature was 36.5 °C, and pulse rate was 61 beats per minute. Although he had paroxysmal hypertension (up to approximately 200/100 mmHg), his blood pressure was 113/73 mmHg during his first visit to our hospital. Thyroid enlargement and café-au-lait spots on the skin were not observed. Blood and urine tests revealed the following: plasma adrenaline, 74 pg/mL; plasma noradrenaline, 2119 pg/mL; urinary metanephrine, 0.54 mg/day; and urinary normetanephrine, 1.32 mg/day. 123I-metaiodobenzylguanidine (MIBG) scintigraphy showed two PCCs in the left adrenal gland. After left adrenalectomy, urinary normetanephrine levels rapidly normalized. The histological pattern of both tumors showed a zellballen and high cellularity (>250 cells/ high power field (HPF)), respectively. Tumor 1 showed absence of vascular and capsular invasion, whereas tumor 2 indicated capsular invasion. The Ki-67 labeling indices of tumor 1 and 2 were 0.1% and 0.6%, respectively. The grading system for adrenal pheochromocytoma and paraganglioma (GAPP) scores of both tumors corresponded to moderately differentiated tumors (tumor 1, score 5; tumor 2, score 3). Three years later, a mass was found in the right adrenal gland. The tumor size increased from 17 to 25 mm in diameter and urinary normetanephrine levels increased from 0.26 mg/g Cr to 0.54 mg/g Cr in one year (Figure 3). 123I-MIBG scintigraphy indicated an accumulation in the right adrenal mass. He was diagnosed with right adrenal PCC. Although the family history was unclear, this case was highly suspected of being hereditary PCC because of the presence of bilateral and multiple masses. PCR-direct sequencing of the peripheral blood samples did not show pathological variants in RET and VHL. Subsequently, the PCR test revealed a heterozygous germline variant in MAX (NM_002382.5: c.295 + 1G > A). Immunohistochemistry of the left adrenal tumor tissue with a MAX C-terminus-specific antibody (ab101271, Abcam, Cambridge, United Kingdom) showed no staining of tumor cells in this case (Figure 2). Besides his parents, the patient had a younger brother (adult) and two young children. Despite our recommendation, his family members did not undergo the genetic tests. The patient was treated with an alpha-blocker. Written informed consent was obtained from the patient, and ethical approval for this study was obtained from the Institutional Review Board of Shizuoka General Hospital.

The following supporting information can be downloaded at: https://www.mdpi.com/article/10.3390/clinpract12030035/s1, Table S1: Clinical features of PPGL with MAX variants.

The study was conducted in accordance with the Declaration of Helsinki, and approved by Clinical Ethics Committee of Shizuoka General Hospital (protocol code, none.; date of approval, 22 August 2016).

We thank Yoshitaka Isojima for performing the immunohistochemical staining. 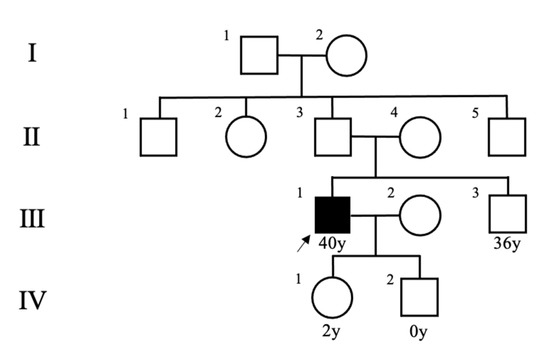 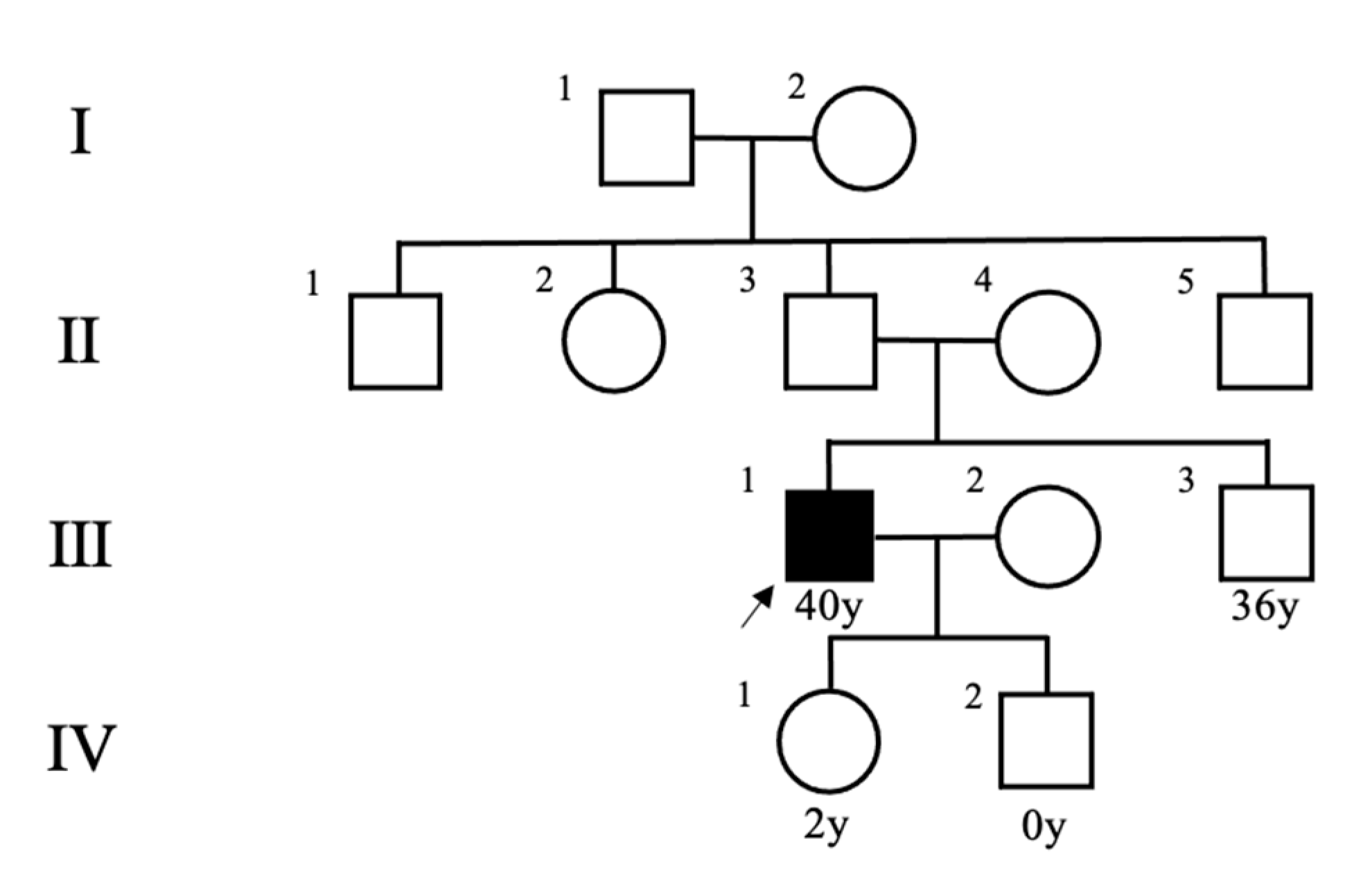 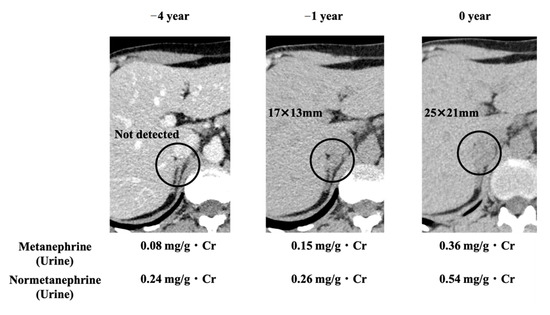