A Case of Tacrolimus Maculopathy

Obstructive Sleep Apnea (OSA) is a medical condition of increasing prevalence where there is partial or complete collapse of the airway which transports oxygen to our body [1,2]. This condition, which obstructs the upper airway, can cause a decrease in oxygen saturation in our body and may even cause abrupt arousals during sleep [3]. This may also lead to loud snoring or even cause breathing to stop momentarily [1]. According to the University of Toronto, more than 80% of OSA patients remain undiagnosed due to the lack of awareness of this condition [4].
There are many causes that can be associated with the occurrence of Obstructive Sleep Apnea. According to a literature review, the main cause of this condition is the weakening of the genioglossal muscle, leading to a reduction in the pharyngeal dilator muscles which expand the pharynx [5]. Other causes of this condition include additional tissues of the soft palate, hypertrophy of the tonsils or even an abnormal shape and size of the tongue. Macroglossia has been found to be one of the many causes of developing OSA [5]. In addition, patients who have certain skeletal abnormalities or changes in the soft tissue structures of the neck, most commonly found in obese patients, who also have increased amount of adipose tissue around the neck, may have an altered anatomy of the upper airway, predisposing them to OSA [5,6]. Other risk factors of OSA are the male gender, frequent use of alcohol, smoking and habitual snoring [1,7].
Patients who have OSA may complain of excessive sleepiness during the day, unrefreshing sleep, daytime fatigue and a lowered concentration span [3]. These can lead to behavioural irritability and may affect their memory. Night-time symptoms can include loud snoring, sudden awakening due to lack of oxygen and waking up with symptoms of dry mouth. Motor vehicle-related accidents have been reported by some due to the extreme drowsiness felt [3]. In addition to this, there are also many long-term effects which can affect individuals with OSA, such as increased heart rate, chronic increase in blood pressure, increased risk of heart-related diseases and stroke, decreased glucose tolerance and impaired insulin resistance [8].
Furthermore, OSA has also been found to be associated with other medical comorbidities such as cardiovascular and metabolic diseases [9]. Many studies have found strong evidence indicating the relationship between OSA and hypertension. Researchers believe this may be due to constant sleep disturbance and intermittent drops in oxygen levels, leading to chronic systemic hypertension or even arrhythmias, which may result in higher morbidity and mortality rates in these patients [4,7]. In addition, untreated OSA in diabetic patients may increase risk of neuropathy, diabetic retinopathy and diabetic nephropathy [9]. Incidence of Gastroesophageal Reflux Disease (GERD) was also found to be significantly elevated in patients with OSA. OSA has also been found to be associated with other conditions, such as COPD and asthma, which may cause reduction in overall quality of life [8].
As mentioned previously, OSA may become a dangerous condition if not diagnosed and managed in the early stages. Therefore, it is necessary to attempt to diagnose all patients with OSA to provide early intervention [4]. Dental professionals play an important role in being one of the first individuals in identifying patients with OSA [10]. A routine dental examination of patients may reveal risk factors for developing OSA and smaller upper airway dimensions on CT scans can guide provisional diagnosis for earlier referral. A simple screening tool can then be used to determine whether the patient is in fact at risk of OSA before further medical intervention can be carried out [10]. As this condition is becoming more prevalent, there may be many patients with undiagnosed OSA going to a dental clinic for regular dental treatment [11]. Therefore, it is advised that all dental healthcare professionals be educated and trained appropriately [12].
This study aims to evaluate the association between patients’ medical comorbidities, OSA symptoms and CBCT findings of upper airway dimensions among patients at risk of OSA. This study proves to be important as there is an increasing prevalence of patients with medical comorbidities associated with OSA [7].

Ethical approval was obtained from the IMU Research Review Committee prior to the commencement of this research. This cross-sectional study was carried out to evaluate the association between Cone Beam Computed Tomography (CBCT) findings of the upper airway dimensions and medical comorbidities among patients suspected with OSA. This study was carried out based on interpretation of patient’s CBCT scans from May 2014 to January 2020 in the Oral Health Centre of International Medical University (OHC, IMU). Inclusion criteria for this study were patients aged 18 years and above who have undergone CBCT scans for any past dental treatment in the Oral Health Centre (OHC, IMU). The size of the field of view of the CBCTs included in this study involved the nasopharynx and oropharynx region with proper tongue positioning. Exclusion criteria were edentulous patients, improper CBCT imaging displaying a posterior positioning of the tongue which may affect measurements and significant mandibular retrognathia or prognathia.
Questions regarding history of OSA symptoms included the presence of excessive daytime sleepiness, loud snoring, morning headache, etc. The medical illnesses included in the questionnaire were hypertension, hypercholesterolemia, cardiac disease, cerebrovascular disease, diabetes mellitus, Chronic Obstructive Pulmonary Disorder (COPD), asthma, Gastroesophageal Reflux Disease (GERD), cancer, depression, nasal polyp, deviated nasal septum, tonsillitis, allergic rhinitis and obesity. Patients were also asked to state whether they are currently taking any medications or supplements. Presence of any pre-existing OSA symptoms and comorbidity diagnoses were solely based on the responses obtained from the questionnaire. The questionnaire used is shown in Figure 1 and Figure 2 below.
1269 CBCT scans were obtained and these patients were contacted by e-mail. All patients were required to fill out an online questionnaire regarding the presence of any positive medical comorbidities and OSA-related symptoms. Along with this questionnaire, a consent form and a study information sheet were sent to the patients to obtain informed consent of their willingness to participate in this research study.
Interpretation of patients’ CBCT scans in OHC, IMU were carried out after they agreed to participate in the study and completed the online questionnaire. The upper airway dimensions in the CBCT scans were measured using Planmeca Romexis software. The oropharynx region beginning from the posterior nasal spine to cervical vertebrae C2 were isolated from the data and analyzed, as seen in Figure 3. CBCT findings that were computed from the sagittal view included the length of the upper airway, total airway volume of the oropharynx and the average airway volume of the oropharynx. The anterior-posterior measurement and width of the upper airway were then measured using the narrowest portion of the upper airway in the axial view, as demonstrated in Figure 4.
Inter-examiner consistency was assessed using Intraclass Correlation (ICC) and demonstrated good to excellent reliability.
Among all the patients contacted, 101 patients agreed to participate in this research study, thereby achieving our targeted sample size of 100 patients. The targeted sample size was calculated based on Cochran’s sample size formula with Z value set at 1.96 for the confidence level of 95%, d = 0.05 and prevalence of 7% [13,14,15].
For data analysis, all the data were tabulated and analyzed using SPSS software version 22.0. Frequency distributions were determined for the demographic data, medical comorbidities and OSA symptoms. Descriptive statistics were then determined for the upper airway dimension parameters. A logistic regression test was carried out to predict the relationship between medical comorbidities and upper airway dimensions, as well as OSA symptoms and upper airway dimensions. Fisher’s exact test was also conducted to determine whether there was a significant relationship between medical comorbidities and OSA-related symptoms. p ≤ 0.05 was considered statistically significant for all tests.

Much research has been conducted on the relationship between medical comorbidities and risk of developing OSA as the prevalence of patients with OSA increases worldwide. This study demonstrates that hypertensive patients tend to have larger upper airway length, smaller total airway volume and smaller width of upper airway, predisposing them to the risk of developing OSA. Patients with hypertension, heart disease, obesity, deviated nasal septum, tonsillitis and depression experienced OSA symptoms, which were also significant with respect to increased upper airway length and lower average airway volume, increasing the risk of being diagnosed with OSA.
As the prevalence of OSA is increasing, dental practitioners should be equipped with basic knowledge about OSA, including its clinical features and related medical conditions in order to identify patients at risk of developing OSA. From the results obtained through our study, CBCT imaging taken for routine dental treatment, along with patients’ medical comorbidities and OSA symptoms proved to be useful in screening dental patients at risk of developing OSA; thus, early intervention can be provided to such patients.

All authors (K.Y.L., P.Y.E., S.K. and S.Y.M.) were equally involved in carrying out this study up till its completion. All authors have read and agreed to the published version of the manuscript.

This study was funded by International Medical University under Project ID No. BDS I-01/2020(13).

This study was approved by the International Medical University (IMU) Research Review Committee.

Informed consent was obtained from all patients involved in this study.

Data will be made available upon request to experts in the field.

This work was performed in fulfilment of requirement of the Special Study Module for the Bachelor of Dentistry Programme. Further, we thank the International Medical University (Malaysia) for taking care of the Article Processing Charge (APC).

The authors declare that there is no conflict of interest regarding the publication of this article. 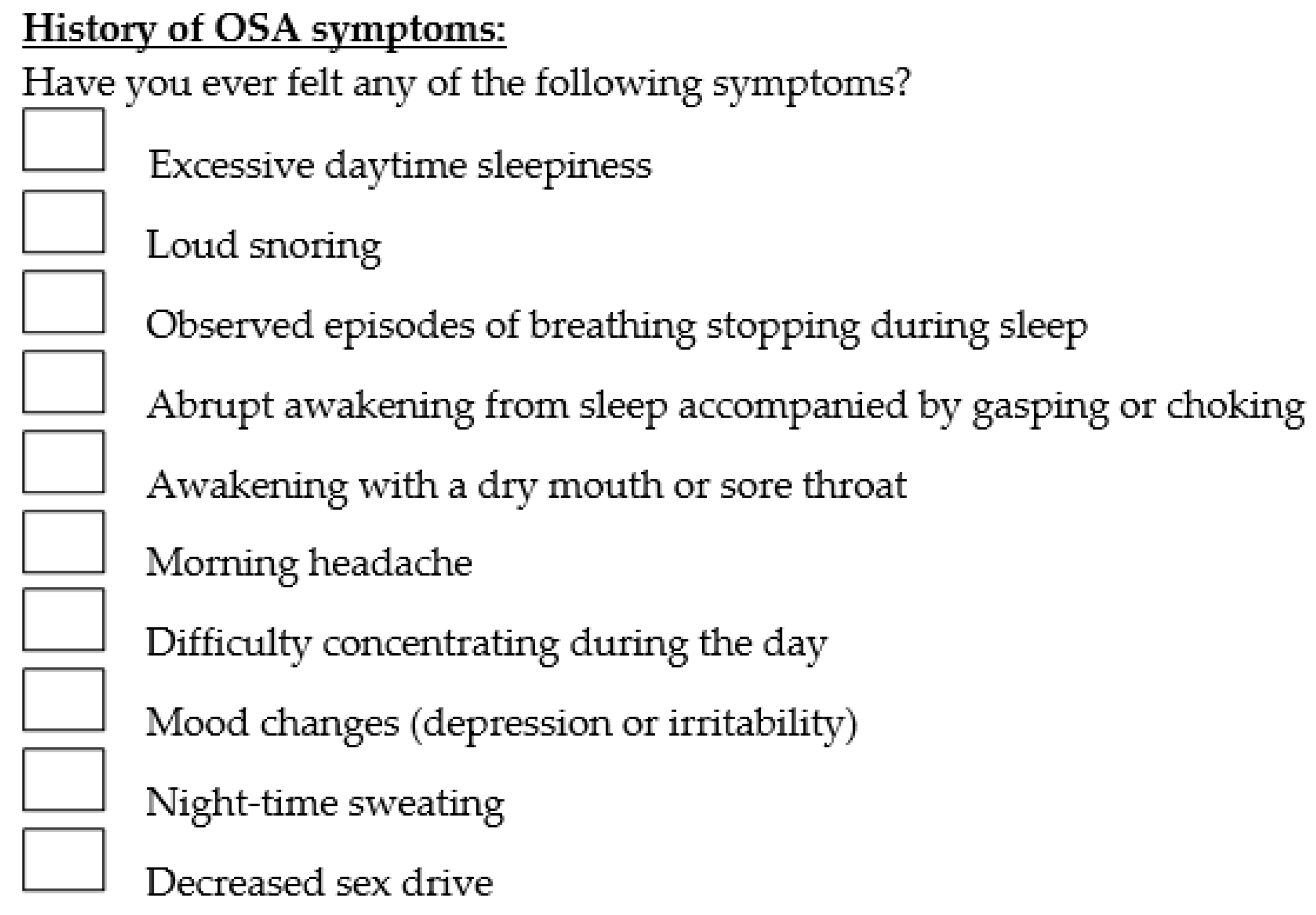 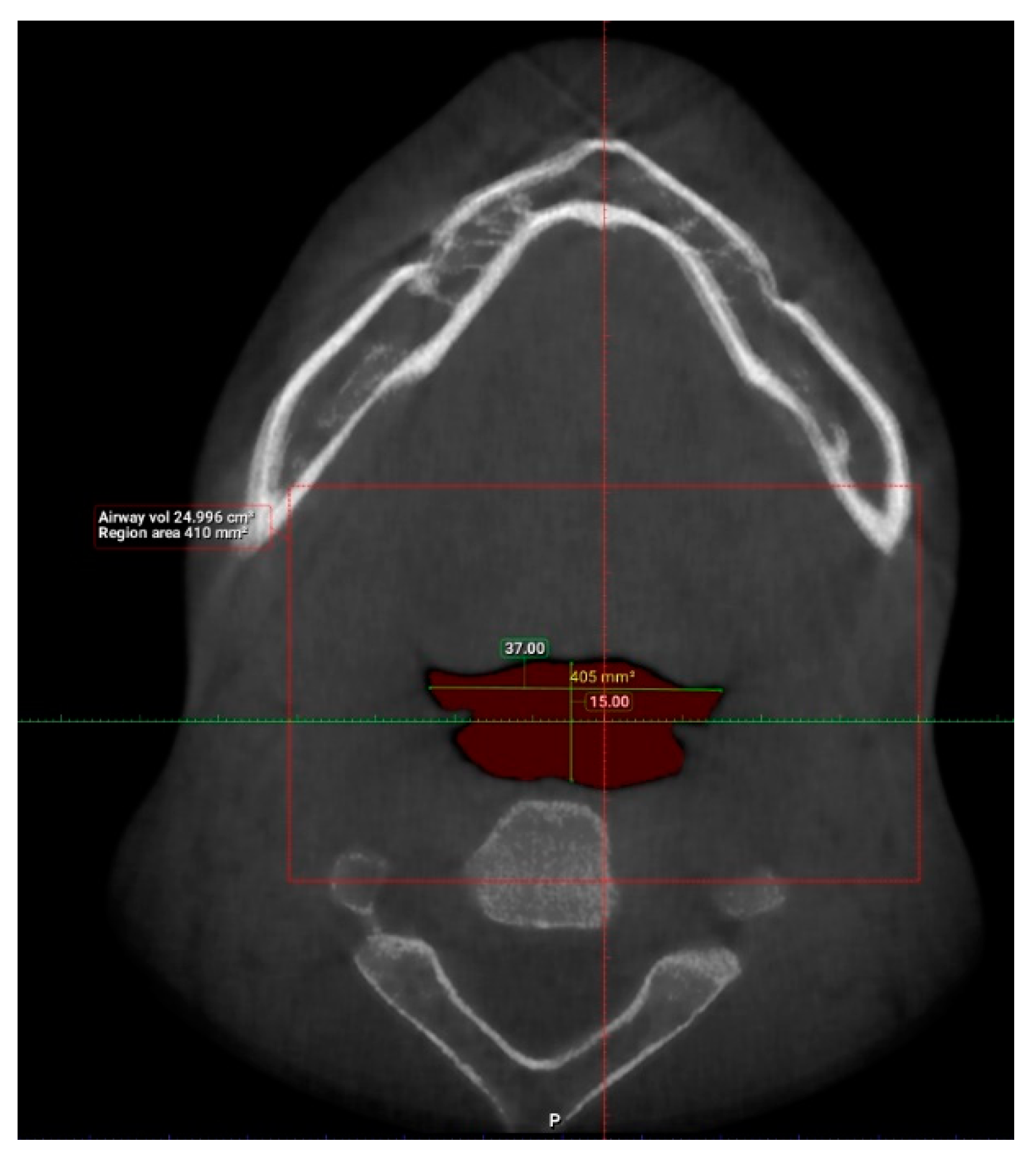 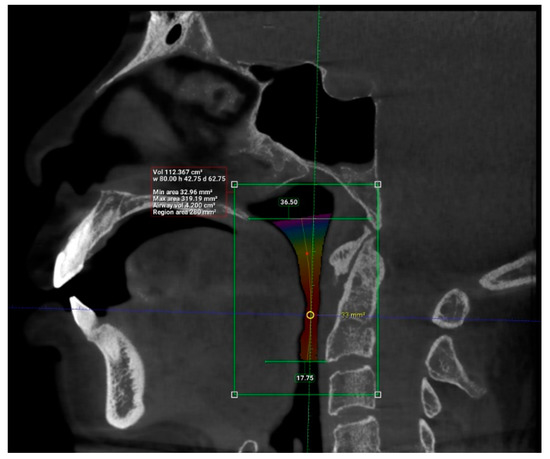 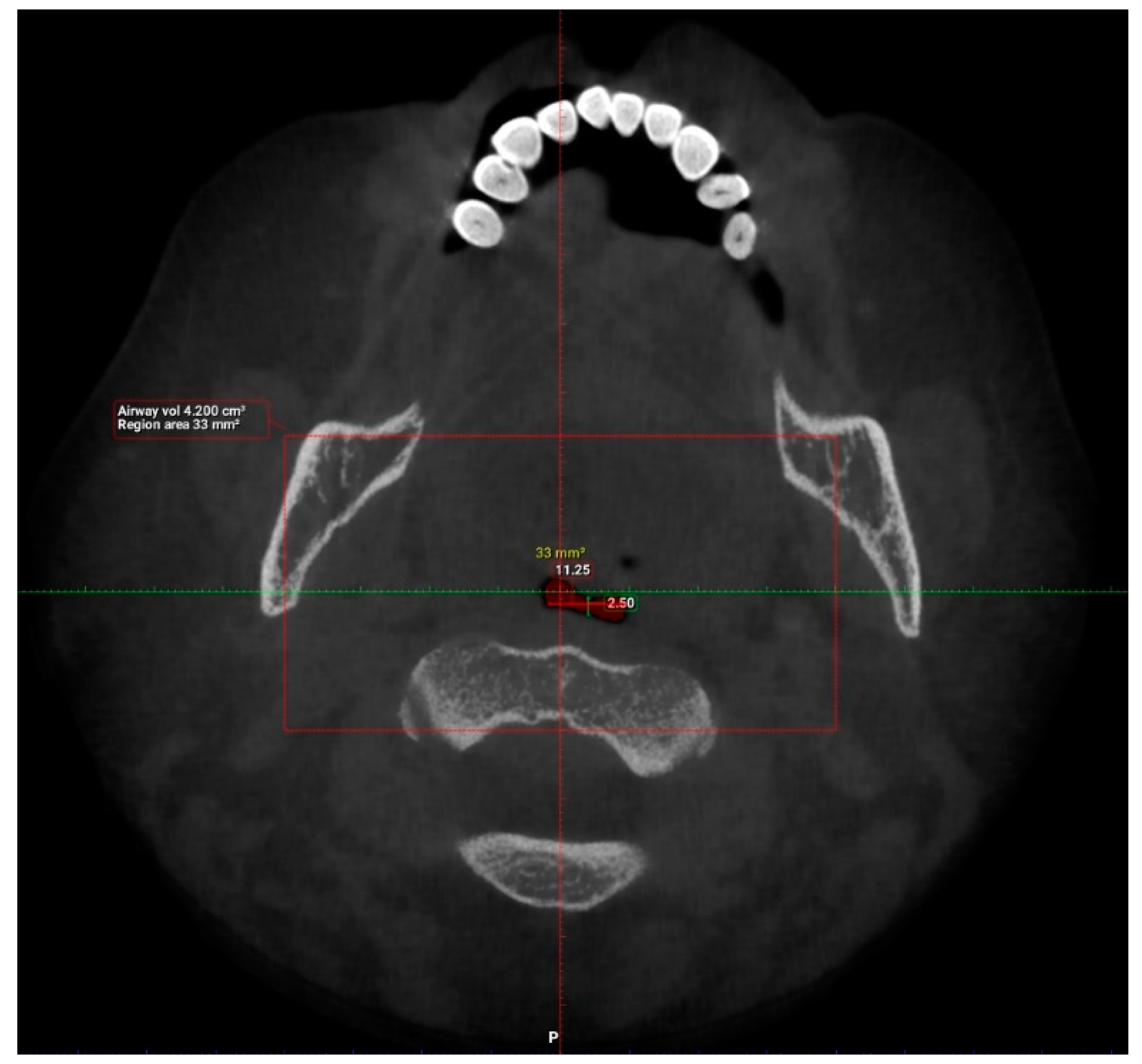