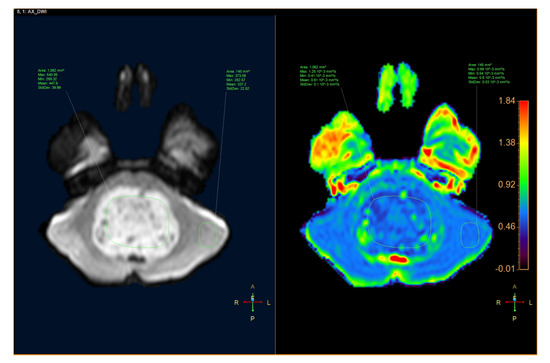 
Minh Thong, Pham, and Nguyen Minh Duc. 2020. "The Role of Apparent Diffusion Coefficient in the Differentiation between Cerebellar Medulloblastoma and Brainstem Glioma" Neurology International 12, no. 3: 34-40. https://doi.org/10.3390/neurolint12030009