The integrated protection and control system developed has been installed on a 10 kV feeder in China Southern Power Grid, as shown in Figure 1. The feeder is connected to two 110 kV/10 kV substations by CB F05 and F36, respectively. The feeder is normally run in open-ring configuration, that is, the normal open point of the 10 kV feeder is at 601 of RMU2 (Ring Main Unit 2). DTU is installed at two 110 kV/10 kV substations and each 10 kV Ring Main Unit (RMU). Each DTU communicates with the adjacent DTUs for current differential protection function, also communicating with the existing central DMS (Distribution Management System) for SCADA (Supervisory Control And Data Acquisition) function and auto-switching function to restore power supplies after a power system fault is cleared.
The adaptive current differential protection function is located in each DTU at each RMU. The protection communicates with adjacent DTU to obtain the current data from remote terminals. If the topology of the feeder changes, the DMS can detect the change and send the information to the affected DTUs. The current differential protection then changes its configuration settings according to the new topology. The DMS is responsible for modeling, real-time monitoring, and clock synchronization of the entire distribution network, and for performing topology dynamic analysis on the entire distribution network, transmitting topology change data to each DTU terminal. The DTU is responsible for transmitting the respective sampled data and trip information to adjacent terminals, collecting the sampling data and operation information of adjacent terminals, and responding quickly to a power system fault by running its differential protection algorithm. The protection is fast and can dynamically adapt to topology change of distribution networks.

Fiber network is normally available in urban areas, but it is not readily available in remote rural areas. Due to the rapid development of 4G wireless communication, it is considered for the application of the protection and control system. Special CPE (Customer Premise Equipment) of the wireless communication equipment has been developed for current differential protection with accurate time synchronization. The IRIG B signal from the CPE is used for synchronization of the differential protection.
The DMS and DTUs are connected by setting up a 4G wireless private network, as shown in Figure 2. A CPE device is connected to each DTU for wireless communication. Communication networks also use data encryption to ensure data reliability and integrity.
The distribution master station transmits the distribution system model data and terminal deployment information to the DMS through TCP (Transmission Control Protocol). Through 4G wireless private network, the DMS uses Web Service to exchange topology change information with DTU terminals, and to enable or disable the current differential protection function. The 4G wireless private communication network is used between the DMS and the terminal, and a discovery/registration mechanism is used between the DMS master station and the terminal, that is, after the terminal is deployed, the terminal is registered in the DMS through a Web Service registration service, and the terminal model information is transmitted through a file transmission service. After successfully registering with the master station, the terminal real-time data is transmitted through IEC 60870-5-104 protocol to the DMS. At the same time, IEEE 1588 protocol is adopted to perform time synchronization service for the terminal. Communication between terminals is also through the wireless private network, but because of the need to transmit sampling values and trip signals, GOOSE/SV protocol based on subscription/publishing mechanism is required to ensure the synchronization efficiency of sampled values.

The terminal’s clock synchronization uses the IEEE 1588 timing method. IEEE 1588 is an Ethernet synchronous clock that provides sub-microsecond timing accuracy. IEEE 1588 uses the Best Master Clock algorithm to determine the most accurate clock in the network to be the Master. All the remaining clocks are used as slaves, synchronized with the master clock. In the adaptive differential protection, since the sampling information and the trip information need to be transmitted, and the timing accuracy is required to be very high, the IEEE 1588 dedicated timing chip is deployed inside the terminal, that is, the timing information is processed at the MAC layer to ensure the required timing accuracy. In the application, the international common time format code is used to combine the timing of the timing pulse with the time data of the serial message to transmit time information. After CPE receives the time information, it converts to IRIG-B code with timing pulse. DTU then uses on-time edge of the timing pulse to synchronize the sampling of the currents data and perform current differential protection calculation. The accuracy of the time synchronization was tested in the factory, and the test results are shown in Table 1.

As circuit breakers are only installed at the beginning of the 10 kV feeder (i.e., CB F36 and F05, as shown in Figure 7) and load switches are installed at each ring main unit, the current differential protection is used for fault location. The normal open point on the 10 kV feeder is at the load switch 601 at RMU2, as shown in Figure 1. When a power system fault occurs, the DMS knows the fault location by the operation of the current differential protection. After the fault is cleared, the DMS then sends open command to the two load switches which are closest to the fault location to isolate the fault. After the fault is isolated, the DMS then sends close command to close CB and the normally open point on the 10 kV feeder to restore the power supply to the healthy part of the feeder.

If a power system fault occurs at f1 as shown in Figure 7, the feeder current differential protection locates the fault between RMU1 and RMU2. After CB F36 opens by operation of its protection to clear the fault, load switches 604 at RMU1 and 604 at RMU2 open to isolate the fault. As all the DTUs communicate with the central DMS, DMS knows the topology and the status of load switches on the 10 kV feeder, so the DMS sends closing command to close CB F36 and load switch of 601 at RMU2 to automatically restore the supplies to the healthy part of the feeder, as shown in Figure 7.

If a power system fault occurs at f2, the feeder current differential protection locates the fault between RMU3 and RMU4. After CB F05 opens by operation of its protection to clear the fault, load switch 601 at RMU3 and 9105 at RMU4 open to isolate the fault, DMS then sends closing command to close CB F05 and the load switch of 601 at RMU2 to automatically restore the supplies to the healthy part of the feeder, as shown in Figure 8.

5. Factory Test of the System

The developed protection and control system has been satisfactorily tested in the factory using Real-Time Digital Simulator (RTDS). The 10 kV network model used for the test is shown in Figure 9 below. Factory test results showed that the delay of 4G LTE communication network is less than 80 ms, and the time synchronization error is less than 10 us. The system’s response time is within 200 ms. The system was installed and commissioned on site and was put into service at the end of 2018. The system can significantly improve the reliability of power supply in the distribution network after it is in service.

A test of the topology adaptive current differential protection function was done by removing one of the RMUs. For the 10 kV feeder shown in Figure 9, RMU4 was first removed, and when a fault of f2 was applied as shown in Figure 9, CB F05 tripped, then 601 at RMU3 and 604 at RMU5 opened to isolate the fault, CB F05 then reclosed to supply the load at RMU5, 601 at RMU2 then closed to supply the load at RMU3. The sequence of all the operations was correct, as expected. After the test, the RMU4 was then restored to the primary circuit, and the fault of f2 was then repeated, the sequence of all the operations was correct, as shown in Table 2. The tests have shown that the current differential protection function can adaptively change its configuration settings according to the topology change of the primary circuit, and its configuration settings are changed automatically, without manual changing. This saves time for site operating and maintaining of the system.

Development of an adaptive current differential protection and fast auto-closing system for application in 10 kV electricity distribution networks in China Southern Power Grid has been carried out. The system uses 4G LTE wireless communication network for its current differential protection and control function. The system can locate and isolate faults in less than one second, while conventional overcurrent protection has no fault location capability. Manual locating and isolation of power system faults may take minutes or even hours. The system improves the accuracy of fault location of the power system, reduces the fault outage time, and improves the power supply reliability of the distribution network by implementing the differential protection function and the fast auto-closing function. As it can detect the change of the topology of the primary distribution network, the differential protection can adaptively change its configuration settings to suit the new topology of the distribution network. The settings are changed automatically according to the change of the topology of the primary circuit, whilst traditionally the setting change is done manually. This saves time for site operating and maintaining of the system. As it can quickly locate and isolate the power system faults and restore the power supplies to the healthy part of the distribution networks in less than one second, this improves the reliability of the power supplies to customers. The system has been factory tested to demonstrate the effectiveness of the system. The communication network data transmission and time synchronization are satisfactory for its application. It is expected that, with the application of the system, faults in the 10 kV distribution networks can be located and isolated quickly. It shortens the outage time of the important load and can improve the reliability of power supply significantly. 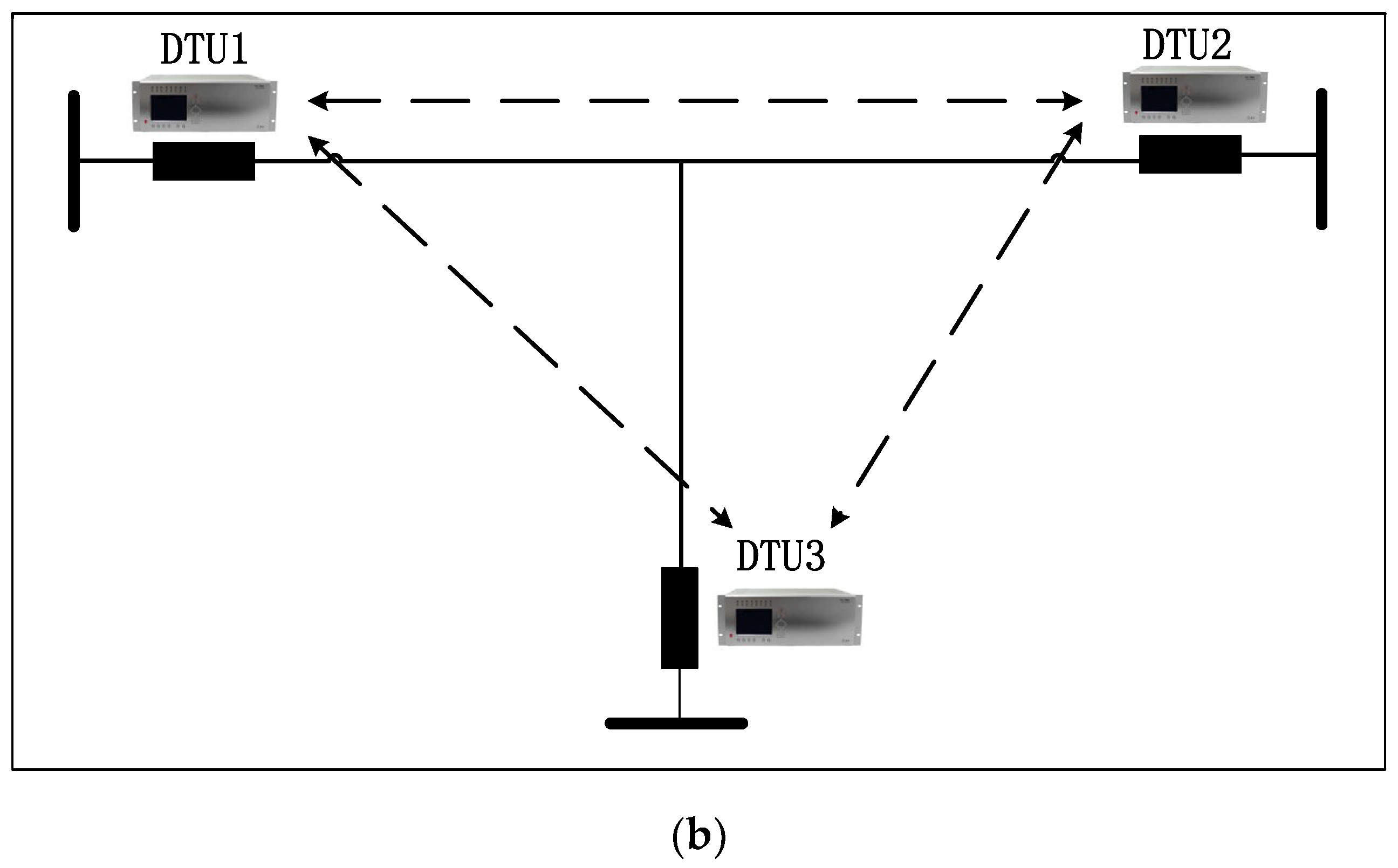 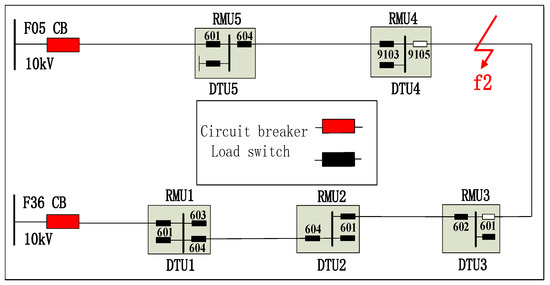 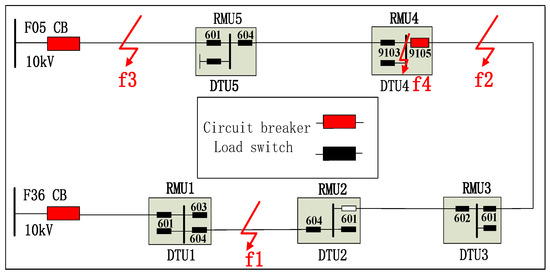 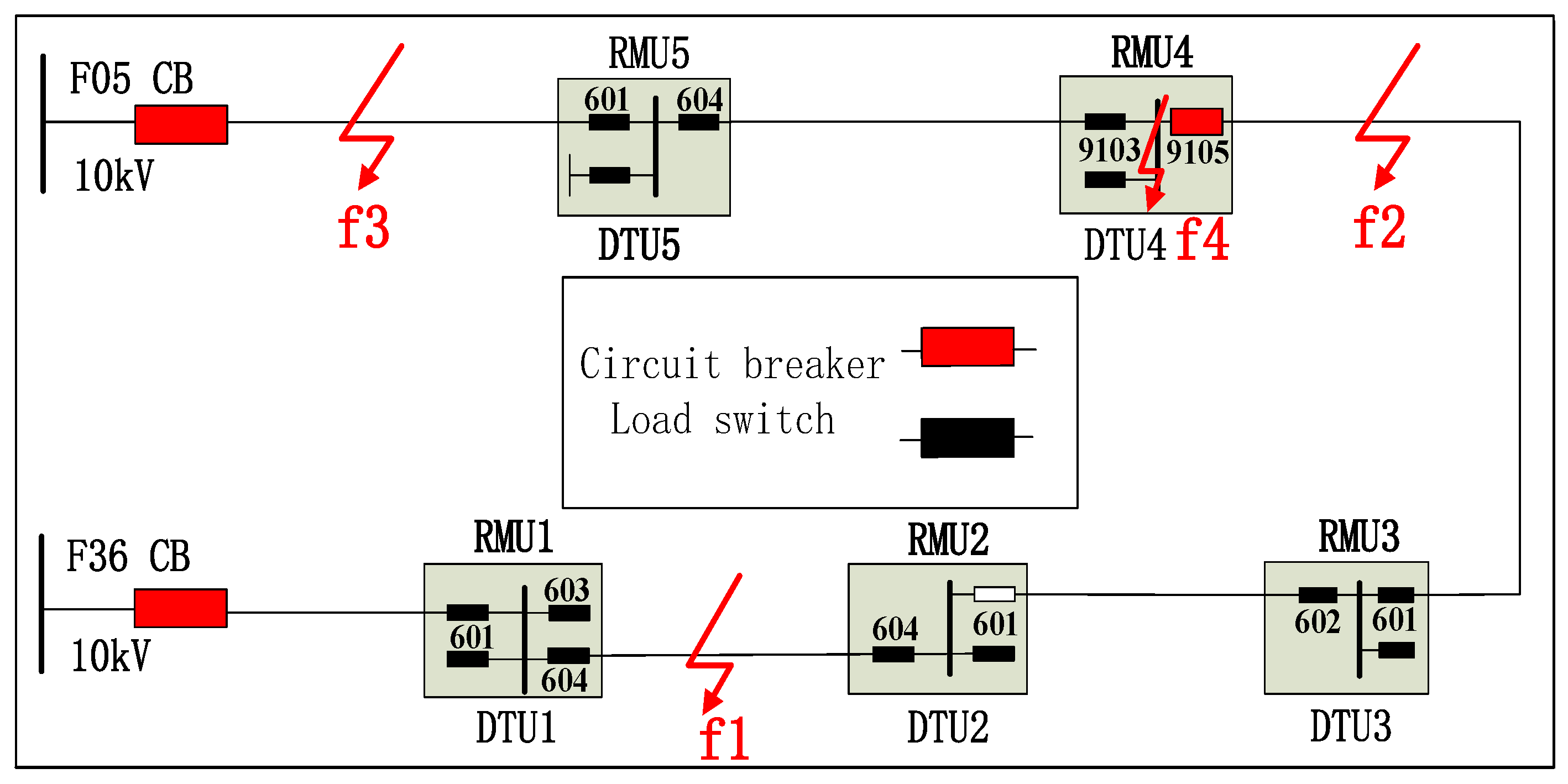 Table 2. Test results of fault isolation time.
Table 2. Test results of fault isolation time.
© 2019 by the authors. Licensee MDPI, Basel, Switzerland. This article is an open access article distributed under the terms and conditions of the Creative Commons Attribution (CC BY) license (http://creativecommons.org/licenses/by/4.0/).
We use cookies on our website to ensure you get the best experience. Read more about our cookies here.
Accept
We have just recently launched a new version of our website. Help us to further improve by taking part in this short 5 minute survey here. here.
Never show this again