Diabetes is a life-threatening disease, and chronic diabetes affects parts of the body including the liver, kidney, and pancreas. The root cause of diabetes is mainly associated with oxidative stress produced by reactive oxygen species. Minocycline is a drug with a multi-substituted phenol ring and has shown excellent antioxidant activities. The objective of the present study was to investigate the antidiabetic potential of minocycline-modified silver nanoparticles (mino/AgNPs) against alloxan-induced diabetic mice. The mino/AgNPs were synthesized using minocycline as reducing and stabilizing agents. UV-visible, FT-IR, X-ray diffraction (XRD), and transmission electron microscopy (TEM) were applied for the characterization of mino/AgNPs. A 2,2-diphenyl-1-picrylhydrazyl free radical scavenging assay was conducted to determine the antioxidant potential of newly synthesized mino/AgNPs. The results revealed that the mino/AgNPs showed higher radical scavenging activity (IC50 = 19.7 µg/mL) compared to the minocycline (IC50 = 26.0 µg/mL) and ascorbic acid (IC50 = 25.2 µg/mL). Further, mino/AgNPs were successfully employed to examine their antidiabetic potential against alloxan-induced diabetic mice. Hematological results showed that the mice treated with mino/AgNPs demonstrated a significant decrease in fasting blood glucose level and lipid profile compared to the untreated diabetic group. A histopathological examination confirmed that the diabetic mice treated with mino/AgNPs showed significant recovery and revival of the histo-morphology of the kidney, central vein of the liver, and islet cells of the pancreas compared to the untreated diabetic mice. Hence, mino/AgNPs have good antidiabetic potential and could be an appropriate nanomedicine to prevent the development of diabetes.
Keywords: minocycline; silver nanoparticles; tetracycline; antidiabetic; in vivo; nanomedicine minocycline; silver nanoparticles; tetracycline; antidiabetic; in vivo; nanomedicine

All animal trial techniques were directed as per local and worldwide controls. These techniques come from the Wet op de dierproeven (Article 9) of Dutch Law (International) as detailed in our previous studies [35,36,37,38,39,40,41,42,43] and The Institutional Bioethics Committee at Government College University Lahore, Pakistan (No. GCU/IIB/21 dated: 08-01-2019).

The mino/AgNPs were synthesized using minocycline as a reducing and stabilizing agent. A total of 2 mL silver nitrate (0.8 mM) and 2 mL (0.8 mM) minocycline solution were placed in a conical flask. To the mixture, a few drops of 0.01 M sodium hydroxide were added to accelerate the synthesis process. The resulting mixture was continuously stirred for 4 min. A UV-visible spectrophotometer (UV-1700, Shimadzu, Kyoto, Japan) was used to monitor the synthesis of mino/AgNPs in the wavelength range 300–800 nm.

2.4. Characterization of the Minocycline-Modified Silver Nanoparticles

The antioxidant potential of minocycline, mino/AgNPs, and ascorbic acid were evaluated through DPPH free radical scavenging assay. Briefly, 100 µL of each minocycline, mino/AgNPs, and ascorbic acid at various concentrations (10, 25, 50, and 100 µg/mL) were added to the 2.9 mL of 0.1 mM DPPH solution in methanol. The resulting mixtures were kept in dark for 30 min. The DPPH solution (2.9 mL DPPH and 100 µL methanol) was used as a control solution. The absorbance of control and reaction mixtures was measured at 517 nm using a UV-vis spectrophotometer (UV-1700, Shimadzu, Kyoto, Japan). The DPPH scavenging activity was expressed as a percentage and was calculated by the following formula:

Thirty-two albino mice were received from the University of Veterinary and Animal Sciences. Before any kind of experimentation, the mice were left in the animal house for two weeks at 25 °C with frequent access to water and food. This was done to acclimatize the mice to a new environment. The weight of the bodies of all of the mice was measured before and after the treatment. All of the experiments performed during the in vivo studies were approved by the Bioethical Committee of Government College University Lahore, Pakistan.

Alloxan monohydrate is a toxic glucose analog that affects the β-cells of the pancreas and is frequently used in an animal model to induce diabetes [44]. The intraperitoneal injection of alloxan monohydrate (100 mg/Kg body weight) resulted in the induction of diabetes to the overnight fasted mice. Subsequently, to protect the mice from hypoglycemic effects, they were fed with glucose solution (10%) for 24 h along with normal food. To confirm the induction of diabetes, the fasting blood sugar level of mice was measured regularly with 3 day intervals, up to 14 days. Those mice were considered diabetic and were selected for further experimentation if they had fasting blood sugar of more than 250 mg/dL.

After the successful completion of twenty-eight days of treatment, the mice fasted for 12 h, and subsequently, they were given anesthesia with chloroform. The mice were then dissected sacrificially and blood samples were obtained by heart puncture in three distinct tubes. The kidney, pancreas, and liver were dissected, followed by washing with phosphate buffer saline (to clear debris) and placed in a 10% formalin solution for further processing.

For overnight fixation, the kidney, liver, and pancreas were added in the 10% formalin solution. Afterward, the dehydration of slices (3–4 mm) of the liver, kidney, and pancreas tissues was performed using ascending grades of alcohol, then cleared (alcohol was extracted) with xylene and embedded in paraffin wax (58–60 °C). Blocks were made and sectioned of 5 mm thickness with a microtome. The staining of tissue sections was done with hematoxylin and eosin staining [45]. The light microscope was used for the examination of prepared slides.

The statistical analysis of the data was performed through ANOVA using statistix 10 software (Analytical software, Tallahassee, FL, USA), and the data were presented as means ± standard deviation. The least significant difference (LSD) test was applied for multiple comparisons among the mean values. The differences were considered statistically significant at p ≤ 0.05. The figures were plotted using origin pro. 8 software (OriginLab Corporation, Northampton, MA, USA).

Diabetes mellitus with its chronic condition consistently remains a major threat to life. Down-regulating the generation of reactive oxygen species could be an alternative to reduce diabetes-associated complications. Minocycline is a semi-synthetic drug with excellent antioxidant properties similar to vitamin C. Furthermore, the synergic effects of silver nanoparticles as an antioxidant could be utilized to increase the effectiveness of such phenolic antioxidants [23]. Thus, in the present work, the minocycline-modified sliver nanoparticles (mino/AgNPs) were prepared using minocycline as a reducing and capping agent. The prepared mino/AgNPs were subjected to extensive characterization and successfully applied to examine their in vivo antidiabetic potential against alloxan-induced diabetic mice.

The UV-vis. spectrophotometer is an important instrument to monitor the synthesis and stability of metal nanoparticles [46]. The mixture of silver nitrate, minocycline, and sodium hydroxide was continuously stirred for 4 min at room temperature. The solution changed its color from colorless to yellowish-brown within 4 min, which was the first indication of the synthesis of mino/AgNPs [47]. Furthermore, the synthesis of mino/AgNPs was monitored through a UV-vis. spectrophotometer (UV-1700, Shimadzu, Kyoto, Japan) in the wavelength range 300–800 nm. A sharp LSPR band was observed at 395 nm (Figure 1), which is a characteristic LSPR for silver nanoparticles [48]. The stability of mino/AgNPs was monitored for two weeks from plasmon wavelength (λmax), as aggregation causes the red-shift of their spectra [46]. No significant shift in wavelength (λmax) was observed for the LSPR of the mino/AgNPs colloidal solution until two weeks (Figure 2), which indicates the good stability of the as-synthesized mino/AgNPs.

The size and morphology of prepared mino/AgNPs were examined through TEM. Homogenously distributed spherical silver nanoparticles were obtained with this method (Figure 3). The average particle size of mino/AgNPs calculated was 5.5 nm. Zeta potential is a useful and important parameter to examine the stability of colloidal solution. The zeta potential of mino/AgNPs was found to be −23.4 mV, which indicates the good stability of synthesized mino/AgNPs [49]. The crystalline nature of mino/AgNPs was examined through XRD analysis. XRD pattern of mino/AgNPs showed strong diffraction peaks at 38.3, 44.5, 64.6, and 77.5 corresponding to (111), (200), (220), (311), which reflects the crystalline nature of mino/AgNPs (Figure 4). Our XRD results of mino/AgNPs are similar to the results reported elsewhere [47].
To examine the role of minocycline in the synthesis of AgNPs, the FT-IR spectra of minocycline (red) and mino/AgNPs (black) were compared (Figure 5). The spectrum of minocycline demonstrated two nominated signals at 3478.25 cm−1 for O-H bond stretching and 3340.11 cm−1 for N-H bond stretching. In addition to these two, some other signals were also present in the vicinity of these signals in the region of 3500–3100 cm−1, due to alkylic and vinylic alcohols. All of these signals became a single broad signal after the formation of nanoparticles, which showed the involvement of these groups in the reduction of silver ions. The broadness of the signal also showed the presence of stretched N-H bonds involved in the stabilization of nanoparticles. The signal at 1580.41 cm−1 was attributed to C=C stretching. The shifting of this signal to 1633.65 cm−1 showed the involvement of the β-hydroxy group in the reduction of silver ions and itself being oxidized to the carbonyl. The involvement of this hydroxyl group resulted in the disappearance of C=C conjugation, so the signal for amidic carbonyl appeared in a normal range. The signal for carbonyl of ketone can also be observed in the vicinity of 1580.41 cm−1. This signal is also shifted to a higher value like that of carbonyl of amide due to similar reasons.

Diabetes mellitus is a life-threatening disease all over the world, and it demands significant efforts to be treated effectively. Antioxidants have been shown to be very effective in many bioprocesses, including disorders of diabetes mellitus. The present work was carried out to examine the antidiabetic potential of newly synthesized mino/AgNPs in alloxan-induced diabetic mice. A DPPH inhibitory assay was conducted to compare the antioxidant potential of mino/AgNPs with that of minocycline and ascorbic acid. The mino/AgNPs showed higher radical scavenging activity (IC50 = 19.7 µg/mL) compared to minocycline (IC50 = 26.0 µg/mL) and ascorbic acid (IC50 = 25.2 µg/mL). Further, hematological and histopathological analysis revealed that the mino/AgNPs showed greater potential as an antidiabetic agent than the standard drug glibenclamide. The mino/AgNPs showed more effectiveness in reducing blood sugar, cholesterol, and triglycerides levels. Furthermore, the treatment of diabetic mice with mino/AgNPs also showed significant regeneration and revival of histo-morphology of the kidney, central vein of the liver, and islet cells of the pancreas compared to the untreated diabetic mice. Our results indicated that the as-synthesized mino/AgNPs have good potential to reduce the disorders of diabetes mellitus and can be effectively used to treat diabetic conditions.

The study was conducted according to the guidelines of the Declaration of Helsinki, and approved by the Institutional Review Board, by Ethical Committee (No. GCU-IIB-118, dated; 29-01-2020) Faculty of Sciences, Government College University, Pakistan.

All data are reported in this manuscript.

The authors are thankful to the Government College University Lahore and the HEC Pakistan. 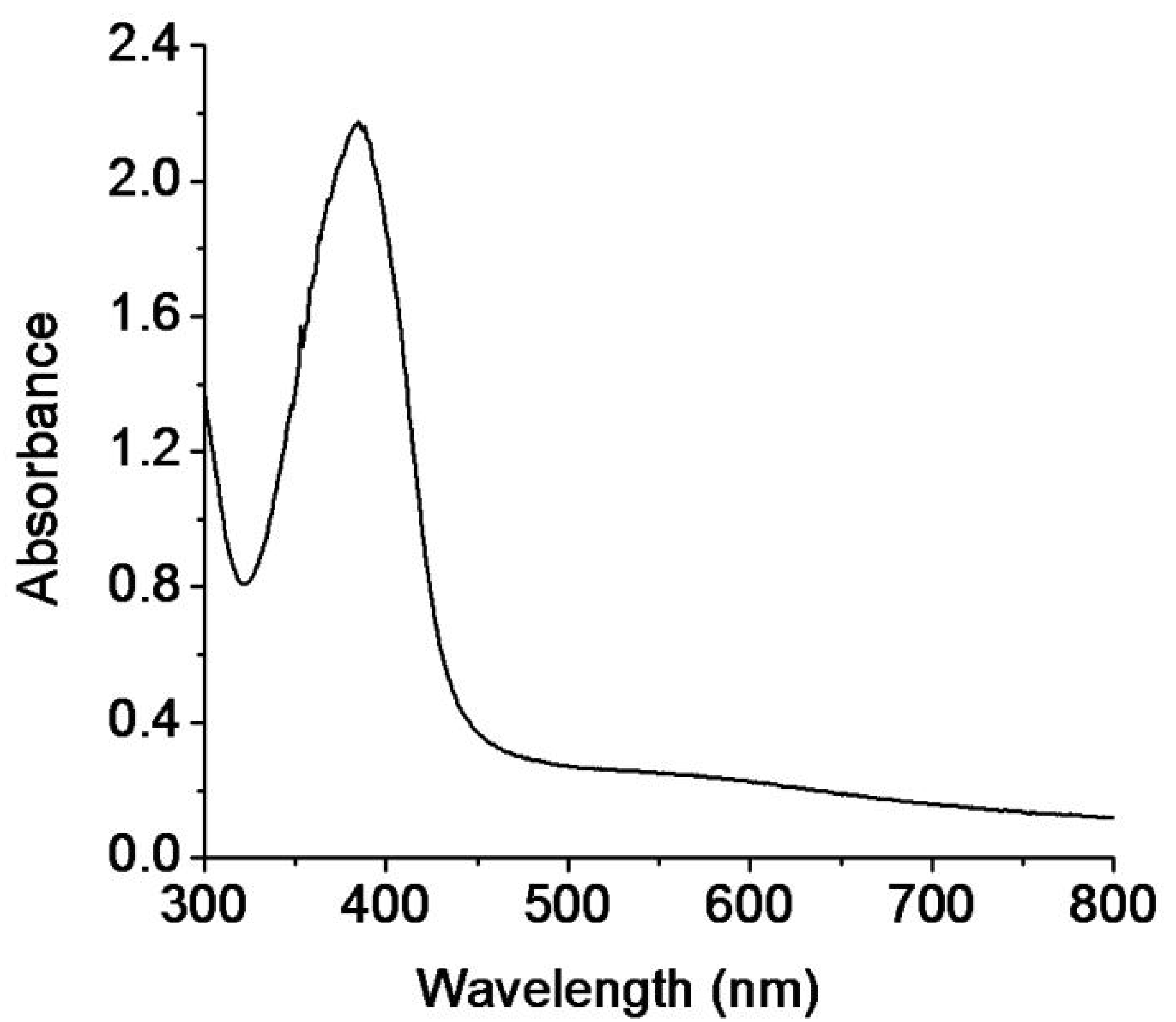 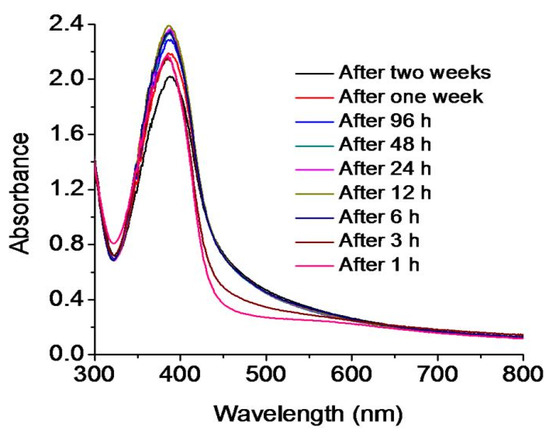 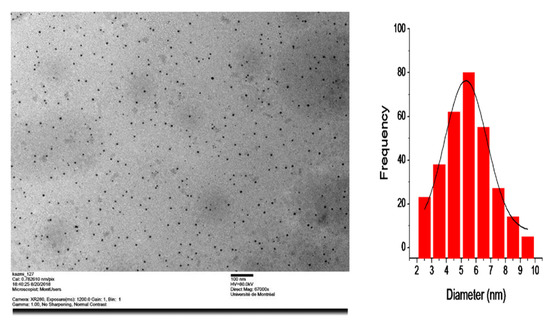 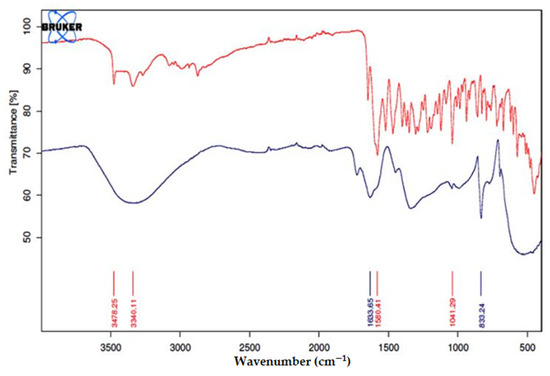 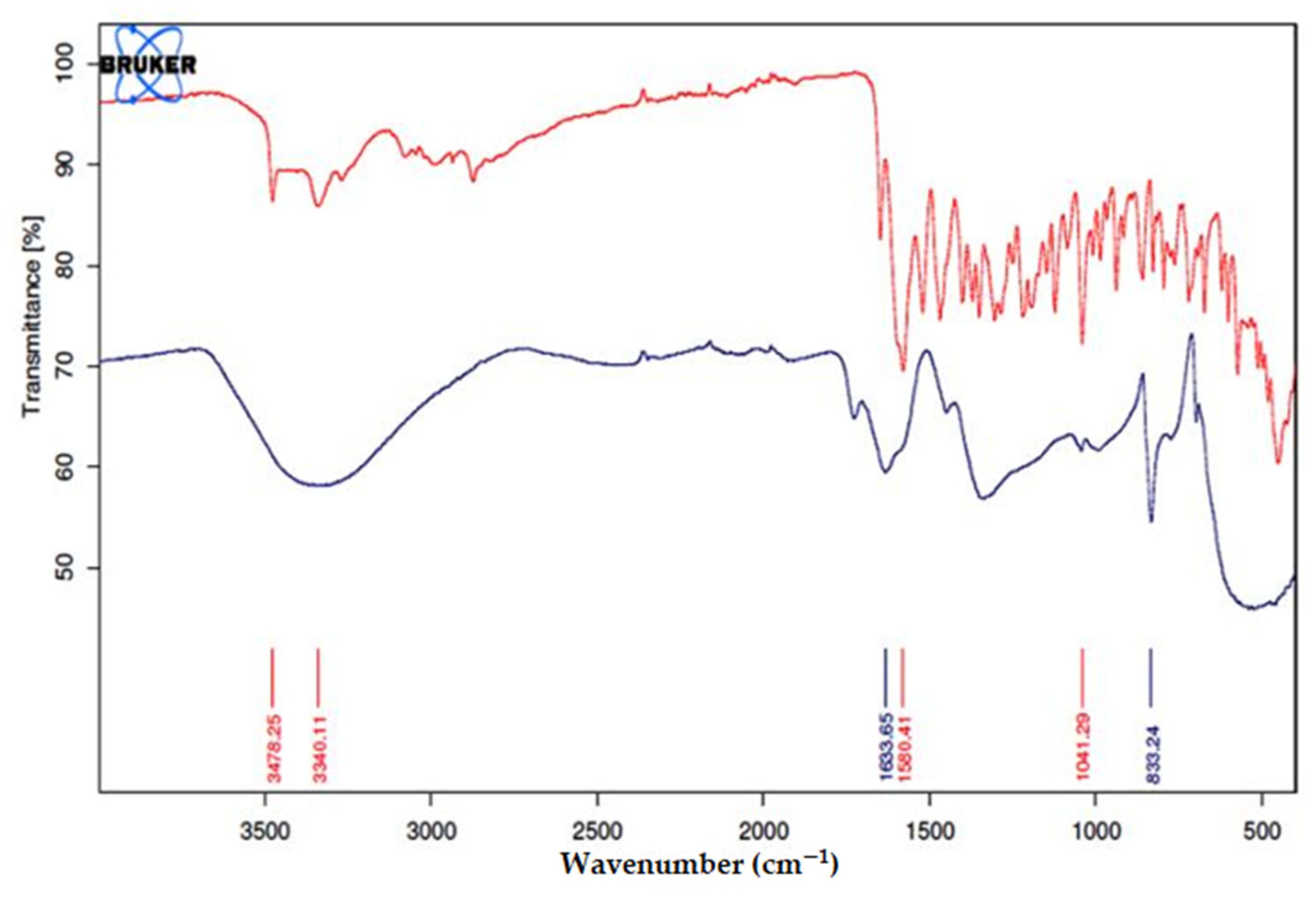 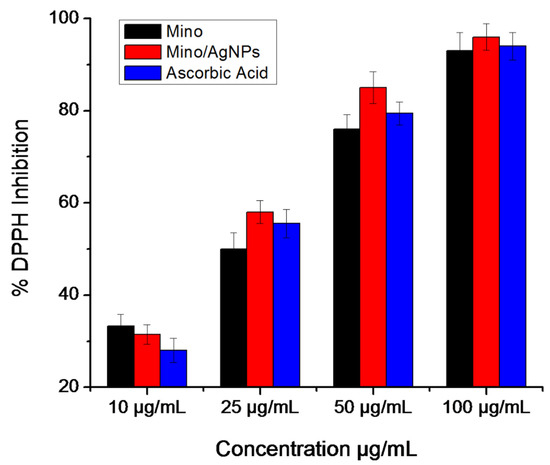 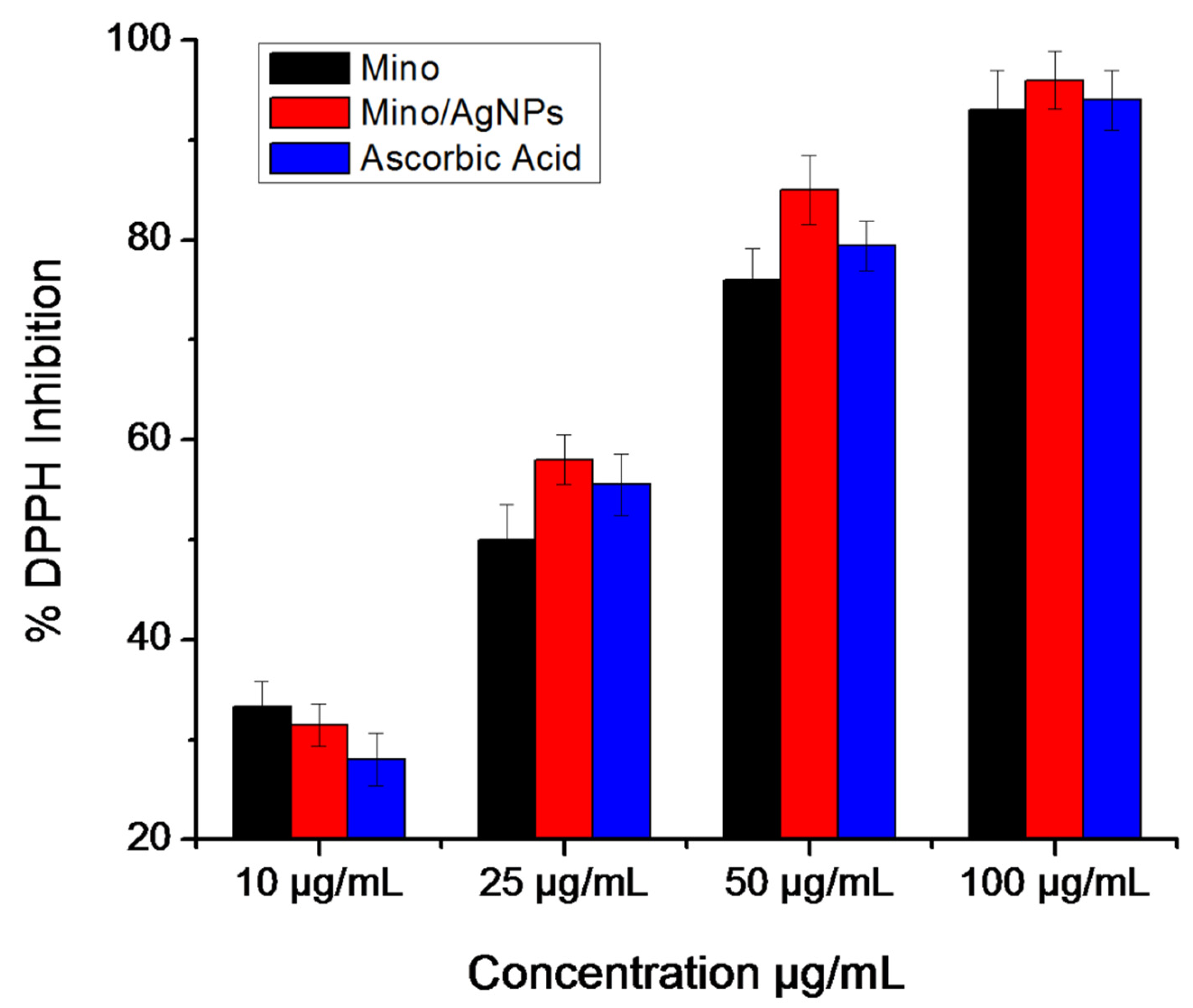 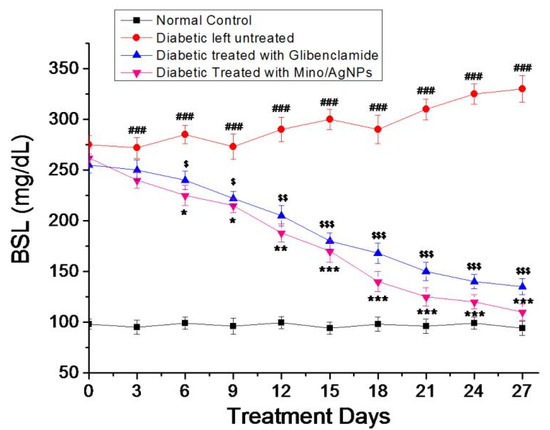 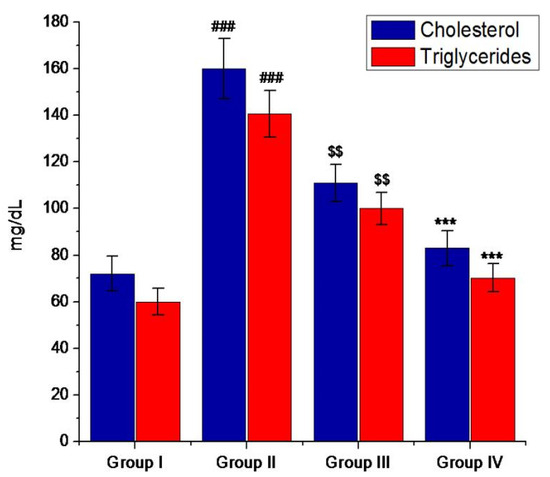 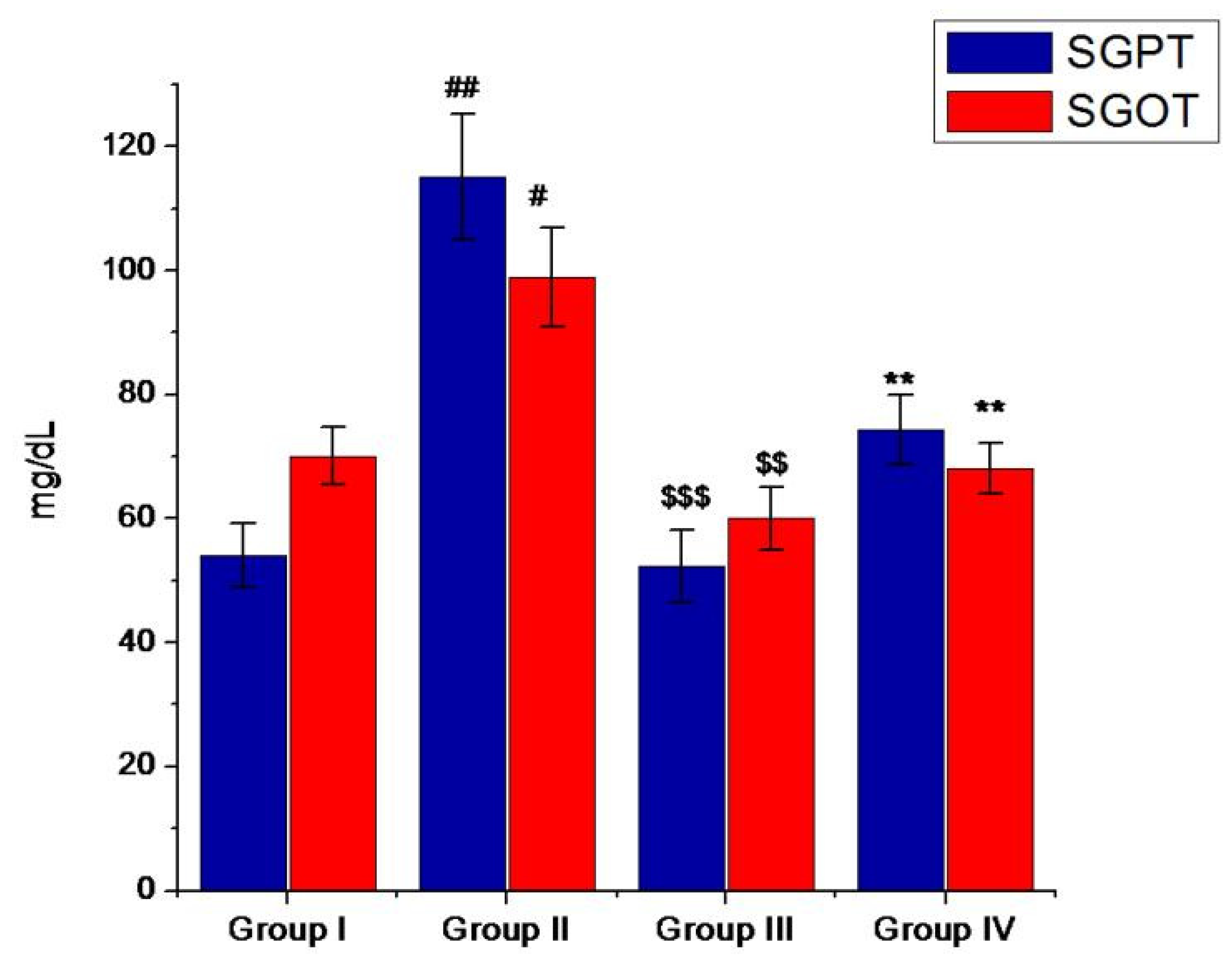 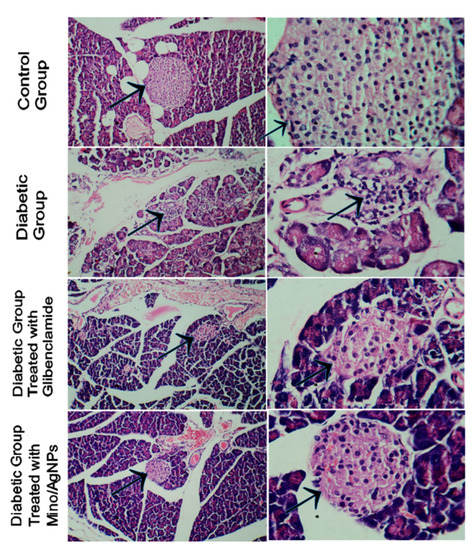 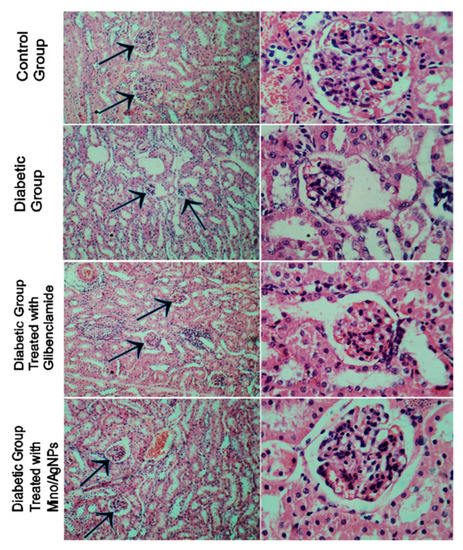 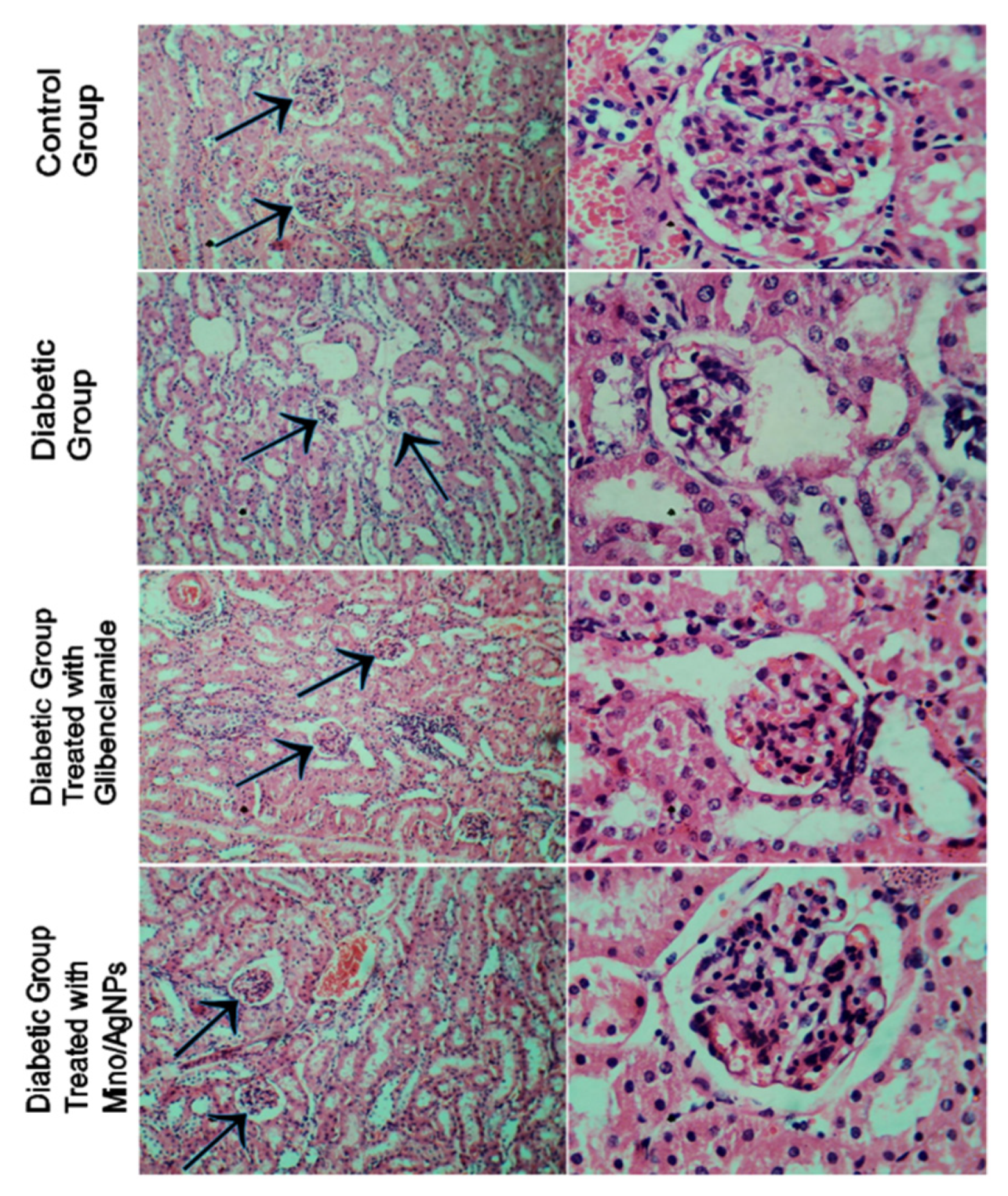