Robert B. Tesh
and

Arthropod-borne viruses (arboviruses), especially those transmitted by mosquitoes, are a significant cause of morbidity and mortality in humans and animals worldwide. Recent discoveries indicate that mosquitoes are naturally infected with a wide range of other viruses, many within taxa occupied by arboviruses that are considered insect-specific. Over the past ten years there has been a dramatic increase in the literature describing novel insect-specific virus detection in mosquitoes, which has provided new insights about viral diversity and evolution, including that of arboviruses. It has also raised questions about what effects the mosquito virome has on arbovirus transmission. Additionally, the discovery of these new viruses has generated interest in their potential use as biological control agents as well as novel vaccine platforms. The arbovirus community will benefit from the growing database of knowledge concerning these newly described viral endosymbionts, as their impacts will likely be far reaching. View Full-Text
Keywords: insect-specific virus; arbovirus; evolution; vector competence; vaccine insect-specific virus; arbovirus; evolution; vector competence; vaccine
►▼ Show Figures 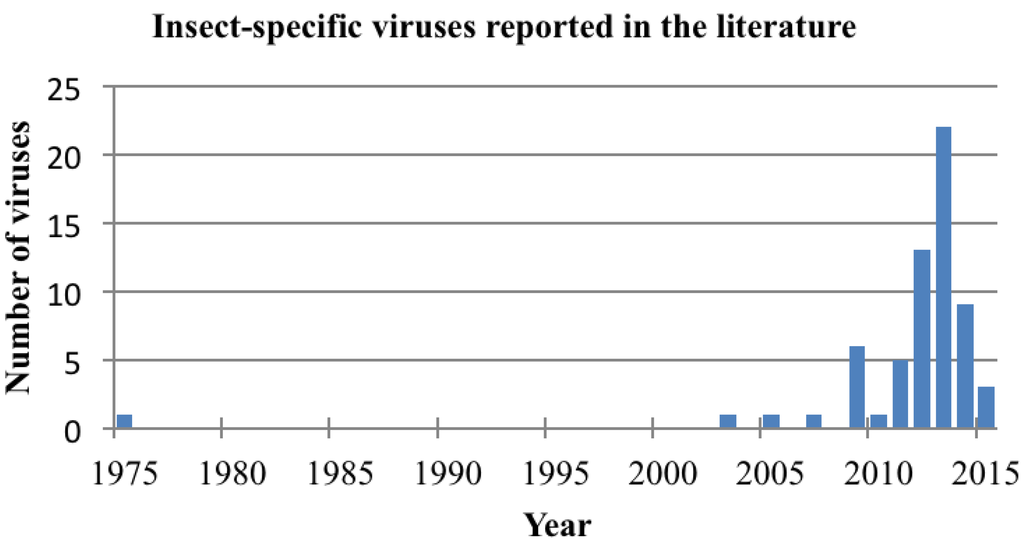