Mechanisms of Rhinovirus Neutralisation by Antibodies
Previous Article in Journal

Tissue-resident memory T cells (TRM) were first described in 2009. While initially the major focus was on CD8+ TRM, there has recently been increased interest in defining the phenotype and the role of CD4+ TRM in diseases. Circulating CD4+ T cells seed CD4+ TRM, but there also appears to be an equilibrium between CD4+ TRM and blood CD4+ T cells. CD4+ TRM are more mobile than CD8+ TRM, usually localized deeper within the dermis/lamina propria and yet may exhibit synergy with CD8+ TRM in disease control. This has been demonstrated in herpes simplex infections in mice. In human recurrent herpes infections, both CD4+ and CD8+ TRM persisting between lesions may control asymptomatic shedding through interferon-gamma secretion, although this has been more clearly shown for CD8+ T cells. The exact role of the CD4+/CD8+ TRM axis in the trigeminal ganglia and/or cornea in controlling recurrent herpetic keratitis is unknown. In HIV, CD4+ TRM have now been shown to be a major target for productive and latent infection in the cervix. In HSV and HIV co-infections, CD4+ TRM persisting in the dermis support HIV replication. Further understanding of the role of CD4+ TRM and their induction by vaccines may help control sexual transmission by both viruses. View Full-Text
Keywords: HIV-1; HSV-1/2; tissue resident CD4+; CD8+; vaccines; infection; immunity; keratitis HIV-1; HSV-1/2; tissue resident CD4+; CD8+; vaccines; infection; immunity; keratitis
►▼ Show Figures 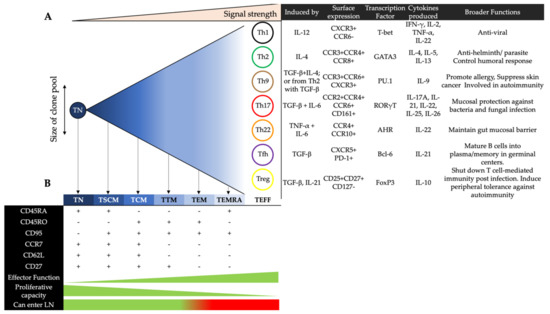