Proteases are a major enzyme group playing important roles in a wide variety of biological processes in life forms ranging from viruses to mammalians. The aberrant activity of proteases can lead to various diseases; consequently, host proteases have been the focus of intense investigation as potential therapeutic targets. A wide range of viruses encode proteases which play an essential role in viral replication and, therefore, constitute attractive targets for the development of antiviral therapeutics. There are numerous examples of successful drug development targeting cellular and viral proteases, including antivirals against human immunodeficiency virus and hepatitis C virus. Most FDA-approved antiviral agents are peptidomimetics and macrocyclic compounds that interact with the active site of a targeted protease. Norovirus proteases are cysteine proteases that contain a chymotrypsin-like fold in their 3D structures. This review focuses on our group’s efforts related to the development of norovirus protease inhibitors as potential anti-norovirus therapeutics. These protease inhibitors are rationally designed transition-state inhibitors encompassing dipeptidyl, tripeptidyl and macrocyclic compounds. Highly effective inhibitors validated in X-ray co-crystallization, enzyme and cell-based assays, as well as an animal model, were generated by launching an optimization campaign utilizing the initial hit compounds. A prodrug approach was also explored to improve the pharmacokinetics (PK) of the identified inhibitors. View Full-Text
Keywords: noroviruses; 3C-like protease; protease inhibitors; antiviral drug development noroviruses; 3C-like protease; protease inhibitors; antiviral drug development
►▼ Show Figures 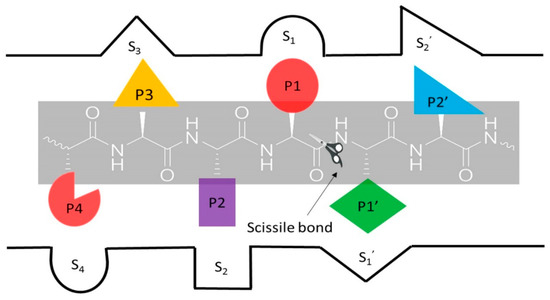