In 2012, an emerging viral infection was identified in Saudi Arabia that subsequently spread to 27 additional countries globally, though cases may have occurred elsewhere. The virus was ultimately named Middle Eastern Respiratory Syndrome Coronavirus (MERS-CoV), and has been endemic in Saudi Arabia since 2012. As of September 2019, 2468 laboratory-confirmed cases with 851 associated deaths have occurred with a case fatality rate of 34.4%, according to the World Health Organization. An imported case of MERS occurred in South Korea in 2015, stimulating a multi-month outbreak. Several distinguishing factors emerge upon epidemiological and sociological analysis of the two outbreaks including public awareness of the MERS outbreak, and transmission and synchronization of governing healthcare bodies. South Korea implemented a stringent healthcare model that protected patients and healthcare workers alike through prevention and high levels of public information. In addition, many details about MERS-CoV virology, transmission, pathological progression, and even the reservoir, remain unknown. This paper aims to delineate the key differences between the two regional outbreaks from both a healthcare and personal perspective including differing hospital practices, information and public knowledge, cultural practices, and reservoirs, among others. Further details about differing emergency outbreak responses, public information, and guidelines put in place to protect hospitals and citizens could improve the outcome of future MERS outbreaks. View Full-Text
Keywords: coronavirus; Middle East Respiratory Syndrome (MERS), zoonosis; Middle East; Saudi Arabia; South Korea coronavirus; Middle East Respiratory Syndrome (MERS), zoonosis; Middle East; Saudi Arabia; South Korea
►▼ Show Figures 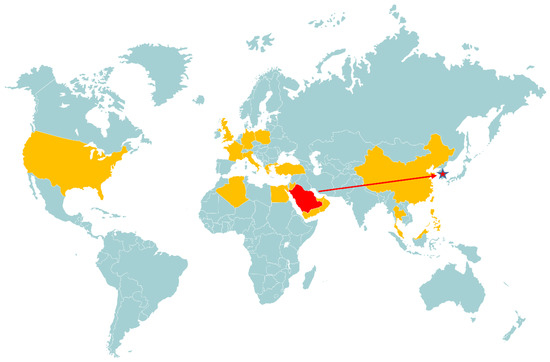