A Novel Hepadnavirus Identified in an Immunocompromised Domestic Cat in Australia

M.A., M.S., V.R.B., E.C.H. and J.A.B. designed and conducted the study, and wrote the manuscript; S.L., B.J. and B.H. contributed essential data and reviewed the manuscript.

This research was funded by the Morris Animal Foundation (D15FE-001), a private donation to the University of Sydney and the Cat Protection Society of NSW. ECH is funded by an ARC Australian Laureate Fellowship (FL170100022). 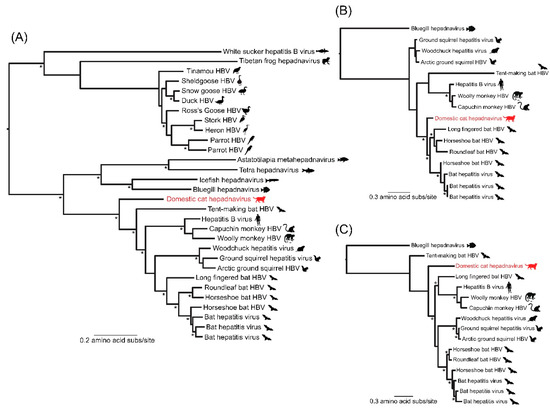 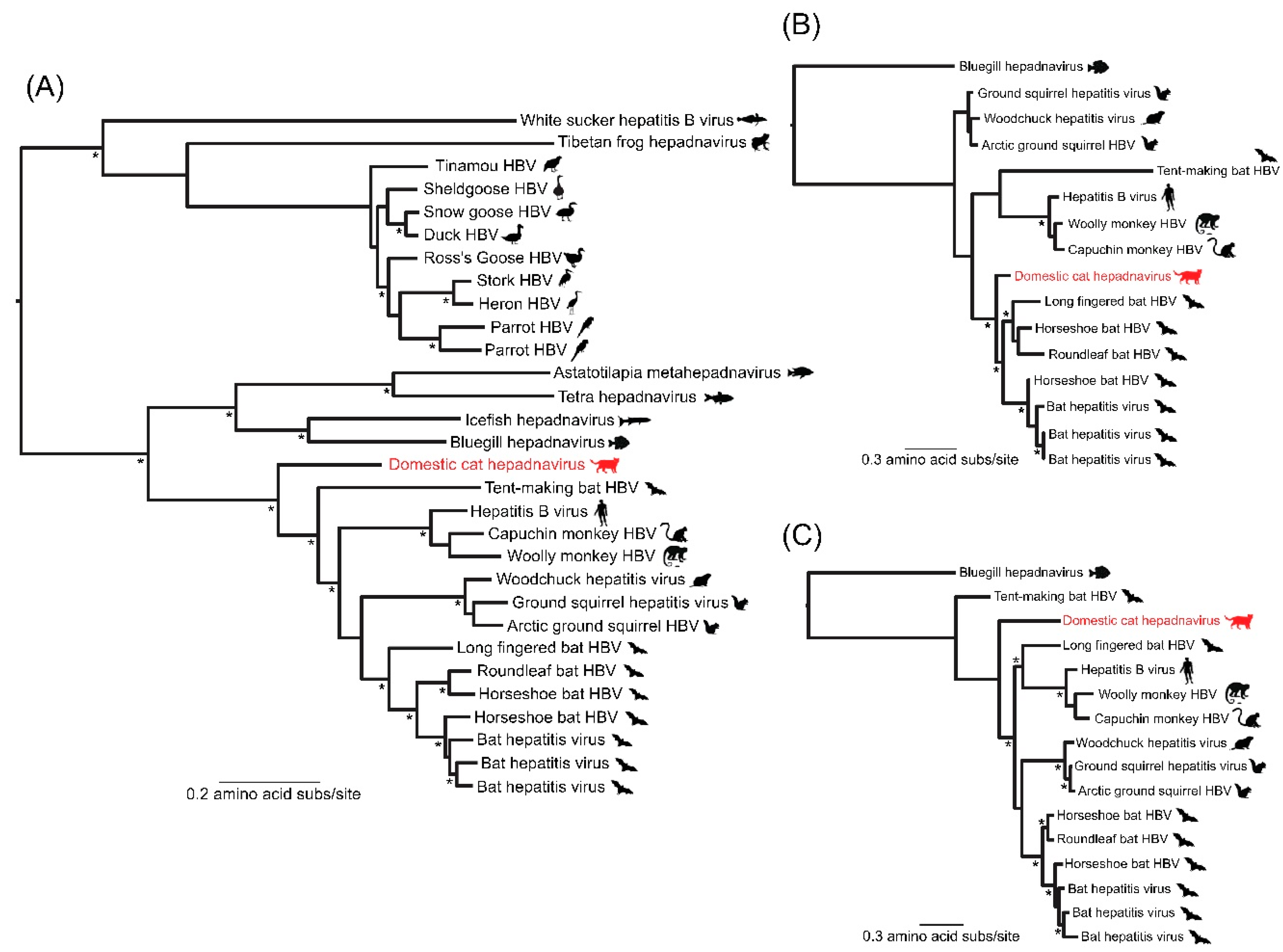