Retroviruses are RNA viruses that replicate through a DNA intermediate, in a process catalyzed by the viral reverse transcriptase (RT). Although cellular polymerases and host factors contribute to retroviral mutagenesis, the RT errors play a major role in retroviral mutation. RT mutations that affect the accuracy of the viral polymerase have been identified by in vitro analysis of the fidelity of DNA synthesis, by using enzymological (gel-based) and genetic assays (e.g., M13mp2 lacZ forward mutation assays). For several amino acid substitutions, these observations have been confirmed in cell culture using viral vectors. This review provides an update on studies leading to the identification of the major components of the fidelity center in retroviral RTs. View Full-Text
Keywords: reverse transcriptase; fidelity; retroviruses; HIV; DNA polymerase; mutation reverse transcriptase; fidelity; retroviruses; HIV; DNA polymerase; mutation
►▼ Show Figures 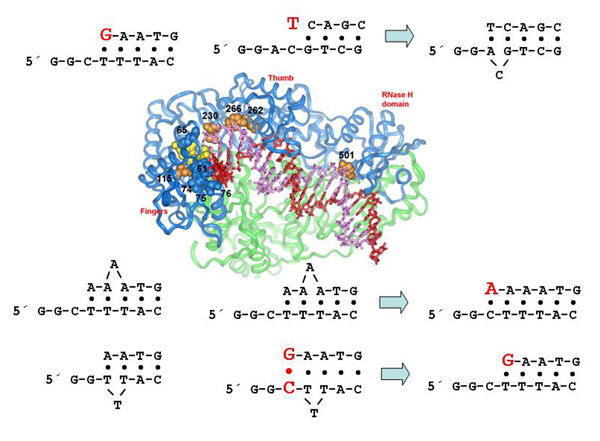