Fires are a key disturbance of boreal forests. In fact, they are the main source of renewal and evolution for forest stands. The variability of fire through space and time results in a diversified forest mosaic, altering their species composition, structure and productivity. A resilient forest is assumed to be in a state of dynamic equilibrium with the fire regime, so that the composition, age structure and succession stages of forests should be consistent with the fire regime. Dense spruce-moss stands tend, however, to diminish in favour of more open stands similar to spruce-lichen stands when subjected to more frequent and recurring disturbances. This study therefore focused on the effects of spatial and temporal variations in burn rates on the proportion of open stands over a large geographic area (175,000 km2) covered by black spruce (Picea mariana (Mill.) Britton, Sterns, Poggenb.). The study area was divided into 10 different zones according to burn rates, as measured using fire-related data collected between 1940 and 2006. To test if the abundance of open stands was unstable over time and not in equilibrium with the current fire regime, forest succession was simulated using a landscape dynamics model that showed that the abundance of open stands should increase progressively over time in zones where the average burn rate is high. The proportion of open stands generated during a specific historical period is correlated with the burn rate observed during the same period. Rising annual burn rates over the past two decades have thereby resulted in an immediate increase in the proportion of open stands. There is therefore a difference between the current proportion of open stands and the one expected if vegetation was in equilibrium with the disturbance regime, reflecting an instability that may significantly impact the way forest resources are managed. It is apparent from this study that forestry planning should consider the risks associated with the temporal variability of fire regimes on the forest ecosystem, as the resulting changes can have a significant impact on biodiversity and allowable cut estimates. View Full-Text
Keywords: boreal forest; fire; succession; black spruce; resilience; vulnerability; landscape boreal forest; fire; succession; black spruce; resilience; vulnerability; landscape
►▼ Show Figures 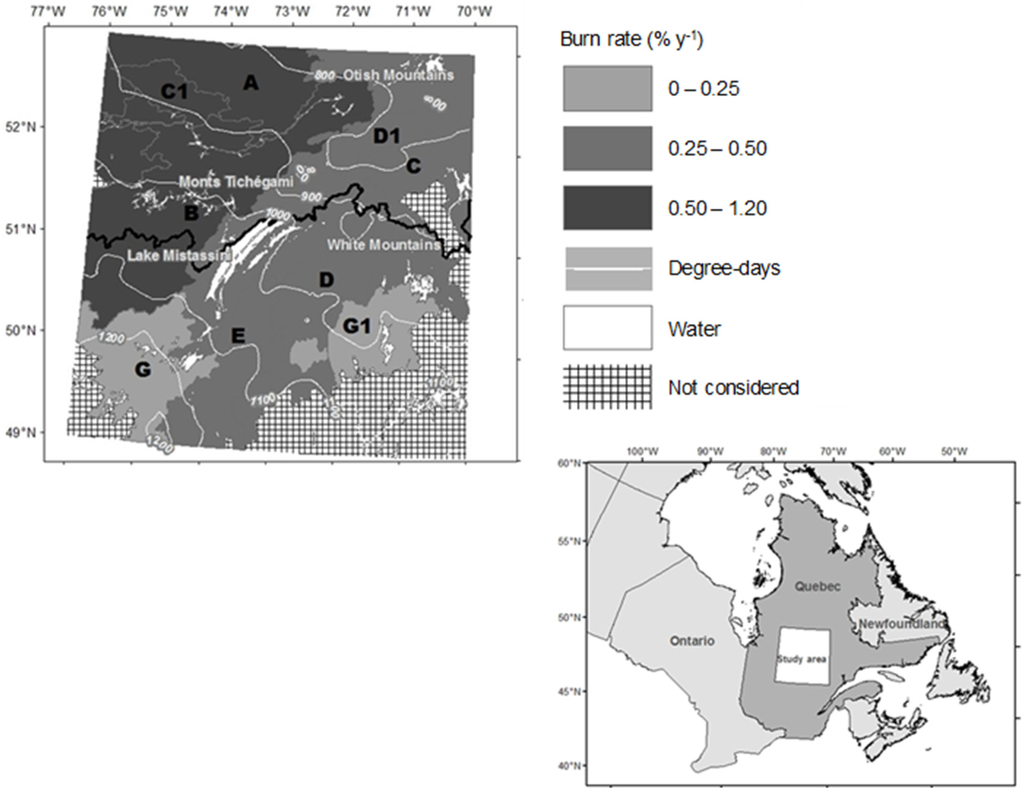