Silvicultural applications including midstory/understory control and/or partial overstory removal have been prescribed for oak forests in mesic and hydric ecosystems to enhance the growth and vigor of oak reproduction (e.g., [1-4]). Midstory/understory removal can be conducted using herbicide injection (or mechanically where required) of unmerchantable mid-story and understory stems, while partial overstory removal is most commonly performed through merchantable harvests [2]. A key environmental factor affected by these treatments is the amount of sunlight penetrating through the middle and upper crown positions to the understory. Many studies have examined forest structure and composition impacts on understory light regimes (e.g., [5,6]). Light levels associated with undisturbed, closed canopy forests may be as low as 1 to 2 percent of full sunlight [5,6]. In undisturbed oak dominated forests, these low light conditions can limit seedling establishment, growth (and often survival), or subsequent canopy recruitment of oak advanced reproduction (e.g., [6-10]). Low understory light levels in bottomland stands may be the most limiting factor on the establishment and growth of oak reproduction [8]. While an increase of understory light can promote both the recruitment and subsequent growth of oak advanced reproduction in hardwood stands, excess light in the initial stages of development may hinder oak seedlings by favoring the growth and competition of the faster growing more shade intolerant tree species and herbaceous vegetation [11]. A study of Quercus pagoda L. suggested that the optimal level of sunlight to maximize seedling height and root-collar growth occurs at about 53 percent sunlight, and when sunlight penetration is 27 percent, seedling height and root-collar growth is considered adequate for seedling development [12]. Similar patterns have been documented for other mid-tolerant oak species (e.g., [1,7]).

Detailed studies have been conducted utilizing direct and indirect methods for examining sunlight scenarios associated with different forest types (e.g., [5,13-17]). Direct methods, including quantum sensors (e.g., [13,15]) and photo-sensitive (ozalid) paper (14), have proven to be very useful in attempts to characterize irradiance conditions associated with specific forest structure scenarios. Indirect methods, including hemispherical photography (e.g., [5,13,16]) and basic metrics of forest structure (14), have also proven useful for sunlight analysis in forests. While there have been significant efforts to study sunlight conditions across a range of forest types, a smaller number of detailed studies have been performed in bottomland mixed-hardwood forests of the southeastern US (e.g., [5,13,15]). There remains a need to further develop our understanding of light regime scenarios associated with stand management practices and forest types in this region. Our study attempts to further supplement this understanding by using hemispherical photography to observe differences in canopy transmittance among varying post-harvest conditions of a southeastern US, bottomland mixed-hardwood stand dominated by Quercus species.

The study design was a Latin square (Scheme 1). The research area was divided into four blocks (1, 2, 3, and 4) within the stand, with borders oriented north/south and east/west. Total area of each block was approximately 4.9 ha. Blocks were divided into three 1.6 ha treatment replications (A, B, and C) oriented linearly from east to west. Measurement areas (∼1.0 ha) were established within the interior of treatment replicates. Three treatments included mid-story/understory removal plus three different levels of partial overstory removal, with a fourth treatment being an undisturbed (non-harvested) control (Table 1). We felt that maintaining a truly undisturbed control treatment required that this treatment remain separate from replicates receiving a planned disturbance. Placing a partial harvest replicate next to an undisturbed control treatment would create a strong potential for interaction between the treatments in the form of shade from control replicates into harvested replicates and increased sunlight from harvested replicates into undisturbed control replicates. The result was a physical constraint on randomization for control replicates. Therefore, the three disturbance based treatments were randomly assigned to their respective locations within blocks 10–3 per constraints of a Latin square and the undisturbed control replicates were located in an adjacent block (4). Therefore, control data were not included in the statistical analysis and are reported for observational comparisons only. Prior to treatment applications, an inventory of the overstory was conducted with species and diameter breast height (dbh) recorded for each tree (dbh > 12.7 cm). Initially, replicates in Blocks 1–3 received a midstory/understory herbicide injection treatment. The herbicide application was completed using Swedish brush axes and adjustable spray bottles. All unmerchantable, non-oak stems greater than 5.1 cm dbh in the midstory and understory received one hack per 7.6 cm dbh. Each hack received either 1.5 mL of 40 percent Chopper® aqueous solution or 1 ml of 20 percent Arsenal AC® aqueous solution. Herbicide injection applications were completed from 3 November 2001 through 16 February 2002.

Replicate positions in Blocks 1–3 received partial overstory harvest treatments (September 2002) with target residual basal areas of 16.1, 11.6, and 6.9 m2 ha−1 (Table 1) (referred to collectively as the “harvested treatments”). Oak species were selected for residual overstory stems. Treatments were assigned to replicate positions A, B or C within blocks. Trees were topped where felled and logs were removed from a west to east direction towards loading decks. Replicate positions were important because of the direction of tree removal, which could potentially generate a gradient in site disturbance. The Latin square experimental design helped homogenize these impacts across treatments and provided a method for their analysis (Scheme 1).

Photographs were taken with a hemispherical fisheye lens attached to a Nikon 990 digital camera®. Photos were taken between 6:00–10:00 a.m., under clear conditions. The camera was attached to a self-leveling mount fixed to a tripod. The camera lens was set approximately 1.4 m above ground, and the self-leveling mount was oriented north-south using a built-in compass. Image quality for all images was set at fine resolution, 1:4 compression JPEG format [13,18].

Statistical analyses were performed with SAS® v.9.2. Analysis of variance procedures for a Latin square design were followed for GSF (factors: block = 2 df, replicate position = 2 df, and treatment = 2 df). Means of significant treatment effects were separated with Duncan's New Multiple Range Test (NMRT). Pairwise analyses were performed on individual pre-harvest versus post-harvest GSF values for the three harvest treatments. All tests for means were conducted at the 0.05 probability level.

Prior to presenting results, two caveats must be mentioned regarding timing of hemispherical photographs and subsequent impacts on results interpretation. First, the equipment for conducting fisheye photographs did not become available until after injection treatments were applied. Thus, pre-harvest photographic data for harvested treatments (in Blocks 1–3) represent stands that had previously received injection treatments (source of “injection only” in the results). Also, because of the randomization concerns previously discussed, no statistical comparisons were attempted using the NHC treatment data. The primary focus of statistical analyses is between pre-harvest values and post-harvest values in the three harvested treatments. All NHC treatment data are presented for the purpose of data reporting and observational comparisons. The authors remain confident that appreciable differences exist between NHC and pre-harvest (injection only) and post-harvest treatment canopy transmittance levels, with potential biological significance.

No statistical differences were observed between post-harvest treatment replicate positions (A, B, or C) or between blocks (1, 2, or 3) (P > 0.5). A one way analysis of variance for GSF was determined significant (P = 0.04). Analyses using NMRT determined GSF of BA16 to differ significantly from BA11 and BA6, which were similar (Table 2).

Pairwise analyses of pre-treatment versus post-treatment values for harvested treatments were all determined significant (P < 0.03).

Mature, undisturbed hardwood stands typically receive low solar irradiance at the understory level, often as low as 1 to 2 percent of total solar radiation (e.g., [5,6]). In the NHC treatment, percent canopy closure averaged 95 percent and resulted in understory light levels from 7 to 9 percent of full sunlight. Based on these results, along with previous work examining light levels and oak seedling growth responses [1,7,12], it is likely that low light in the undisturbed NHC treatment is limiting to successful oak regeneration.

The GSF values for the respective treatments indicated a progressive increase in canopy transmittance levels coupled with disturbance intensity (Figure 1). Applying a midstory/understory herbicide injection to an undisturbed stand provided minimal increases in understory light (near 14 percent transmittance). Based on previous studies (e.g., [12]), this slight increase in light level is insufficient for establishment of the mid-tolerant oak species present in this study. No harvesting had occurred for decades in this stand, and the overstory was notably “closed.” If harvesting had been employed in the past 20–30 years or if other factors had created canopy gaps, it is expected that the injection work alone would have had an increased impact on understory light levels, with potential biological implications for oak reproduction.

The combination of midstory/understory injection and partial harvest treatments had a significant positive effect on light. BA16 resulted in the lowest total understory light levels of the three harvested treatments. It is expected that this level of canopy transmittance (about 27 percent of total available) would be minimal for the establishment of mid-tolerant oak species. BA11 (44 percent canopy transmittance) and BA6 (51 percent canopy transmittance) were considered to be near or within an optimal sunlight level for growth and development of the mid-tolerant oak species present.

The conclusions of this and other studies provide evidence that sunlight levels in mature, undisturbed bottomland hardwood forests are often insufficient for the retention and growth of desirable oak regeneration. Injection of midstory/understory alone to an undisturbed stand did not sufficiently increase understory light for oak seedling growth and development. It is expected that an additional partial removal of the overstory would be required in stands of similar conditions to facilitate establishment and growth of desirable oak reproduction. Partial harvests that reduce canopy closure (and interception of light) have significant effects on understory light, proportional to intensity of harvest. BA11, residual basal area 11.6 m2 per hectare plus injection of understory/midstory, likely creates optimal conditions for seedling recruitment of the oak species present. Additional research examining growth and survival responses of oak and non-oak competitors to partial harvests is needed to further substantiate this conclusion. 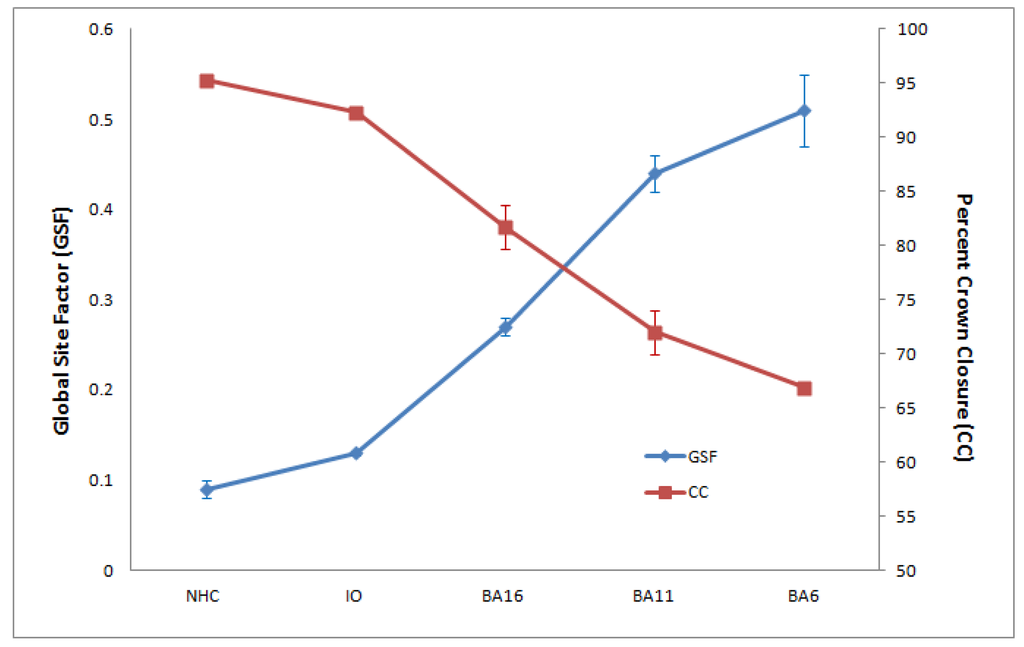 Table 1. Experimental treatment labels and descriptions utilized in the study.

Note: F-statistics are given for one way ANOVAs for variation among treatments 1–3, standard error terms in parenthesis. Means followed by same letters do not differ significantly (NMRT, α = 0.05).