Not Seeing the Forest for the Trees: The Oversight of Defaunation in REDD+ and Global Forest Governance
Next Article in Special Issue

What Makes the Wood? Exploring the Molecular Mechanisms of Xylem Acclimation in Hardwoods to an Ever-Changing Environment
Previous Article in Journal

Characteristics and Expression Analysis of FmTCP15 under Abiotic Stresses and Hormones and Interact with DELLA Protein in Fraxinus mandshurica Rupr.

The TEOSINTE BRANCHED1, CYCLOIDEA, and PROLIFERATION CELL FACTOR (TCP) transcription factor is a plant-specific gene family and acts on multiple functional genes in controlling growth, development, stress response, and the circadian clock. In this study, a class I member of the TCP family from Fraxinus mandshurica Rupr. was isolated and named FmTCP15, which encoded a protein of 362 amino acids. Protein structures were analyzed and five ligand binding sites were predicted. The phylogenetic relationship showed that FmTCP15 was most closely related to Solanaceae and Plantaginaceae. FmTCP15 was localized in the nuclei of F. mandshurica protoplast cells and highly expressed in cotyledons. The expression pattern revealed the FmTCP15 response to multiple abiotic stresses and hormone signals. Downstream genes for transient overexpression of FmTCP15 in seedlings were also investigated. A yeast two-hybrid assay confirmed that FmTCP15 could interact with DELLA proteins. FmTCP15 participated in the GA-signaling pathway, responded to abiotic stresses and hormone signals, and regulated multiple genes in these biological processes. Our study revealed the potential value of FmTCP15 for understanding the molecular mechanisms of stress and hormone signal responses. View Full-Text
Keywords: molecular cloning; functional analysis; TCP; DELLA; GA-signaling pathway; Fraxinus mandshurica Rupr. molecular cloning; functional analysis; TCP; DELLA; GA-signaling pathway; Fraxinus mandshurica Rupr.
►▼ Show Figures 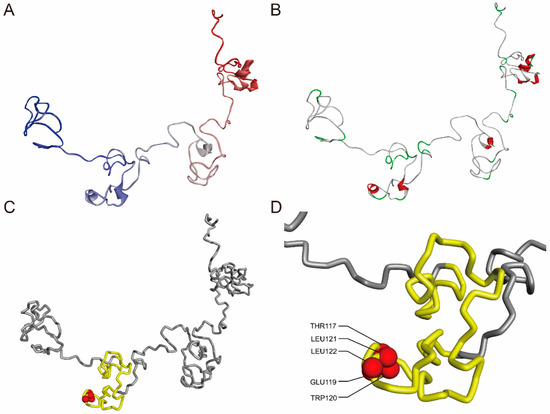