In this paper, a novel graph model to figure Collision-Free Multiple Traveling Salesman Problem (CFMTSP) is proposed. In this problem, a group of vehicles start from different nodes in an undirected graph and must visit each node in the graph, following the well-known Traveling Salesman Problem (TSP) fashion without any collision. This paper’s main objective is to obtain free-collision routes for each vehicle while minimizing the traveling time of the slowest vehicle. This problem can be approached by applying speed to each vehicle, and a novel augmented graph model can perform it. This approach accommodates not only the position of nodes and inter-node distances, but also the speed of all the vehicles is proposed. The proposed augmented graph should be able to be used to perform optimal trajectories, i.e., routes and speeds, for all vehicles. An ant colony optimization (ACO) algorithm is used on the proposed augmented graph. Simulations show that the algorithm can satisfy the main objective. Considered factors, such as limitation of the mission successfulness, i.e., the inter-vehicle arrival time on a node, the number of vehicles, and the numbers of vehicles and edges of the graph are also discussed. View Full-Text
Keywords: Traveling salesman problem; collision-free trajectory; augmented graph; augmented edge; Ant colony optimization; multiple-vehicles system Traveling salesman problem; collision-free trajectory; augmented graph; augmented edge; Ant colony optimization; multiple-vehicles system
►▼ Show Figures 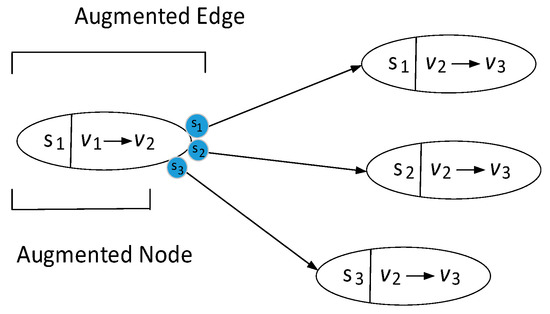