Guidelines for Experimental Algorithmics: A Case Study in Network Analysis
Next Article in Special Issue

The compressed sensing theory has been widely used in solving undetermined equations in various fields and has made remarkable achievements. The regularized smooth L0 (ReSL0) reconstruction algorithm adds an error regularization term to the smooth L0(SL0) algorithm, achieving the reconstruction of the signal well in the presence of noise. However, the ReSL0 reconstruction algorithm still has some flaws. It still chooses the original optimization method of SL0 and the Gauss approximation function, but this method has the problem of a sawtooth effect in the later optimization stage, and the convergence effect is not ideal. Therefore, we make two adjustments to the basis of the ReSL0 reconstruction algorithm: firstly, we introduce another CIPF function which has a better approximation effect than Gauss function; secondly, we combine the steepest descent method and Newton method in terms of the algorithm optimization. Then, a novel regularized recovery algorithm named combined regularized smooth L0 (CReSL0) is proposed. Under the same experimental conditions, the CReSL0 algorithm is compared with other popular reconstruction algorithms. Overall, the CReSL0 algorithm achieves excellent reconstruction performance in terms of the peak signal-to-noise ratio (PSNR) and run-time for both a one-dimensional Gauss signal and two-dimensional image reconstruction tasks. View Full-Text
Keywords: compressive sensing; CReSL0; steepest descent method; Newton method compressive sensing; CReSL0; steepest descent method; Newton method
►▼ Show Figures 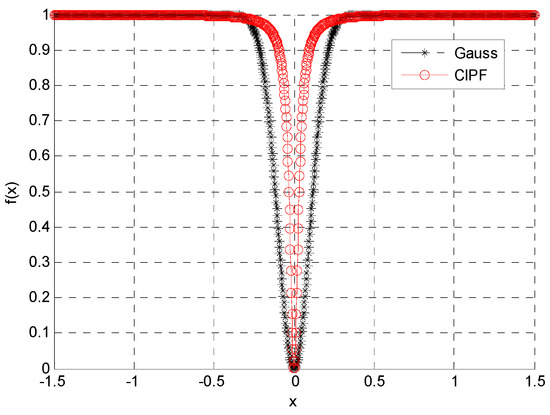