Synthesis and Structural Characterization of the New Clathrates K8Cd4Ge42, Rb8Cd4Ge42, and Cs8Cd4Ge42
Next Article in Special Issue

The crosslink density plays a key role in the mechanical response of the amorphous polymers in previous experiments. However, the mechanism of the influence is still not clear. In this paper, the influence of crosslink density on the failure behavior under tension and shear in amorphous polymers is systematically studied using molecular dynamics simulations. The present results indicate that the ultimate stresses and the broken ratios (the broken bond number to all polymer chain number ratios) increase, as well as the ultimate strains decrease with increasing crosslink density. The strain concentration is clearer with the increase of crosslink density. In other words, a higher crosslink density leads to a higher strain concentration. Hence, the higher strain concentration further reduces the fracture strain. This study implies that the mechanical properties of amorphous polymers can be dominated for different applications by altering the molecular architecture. View Full-Text
Keywords: failure behavior; cross-linked polymers; molecular dynamics simulations failure behavior; cross-linked polymers; molecular dynamics simulations
►▼ Show Figures 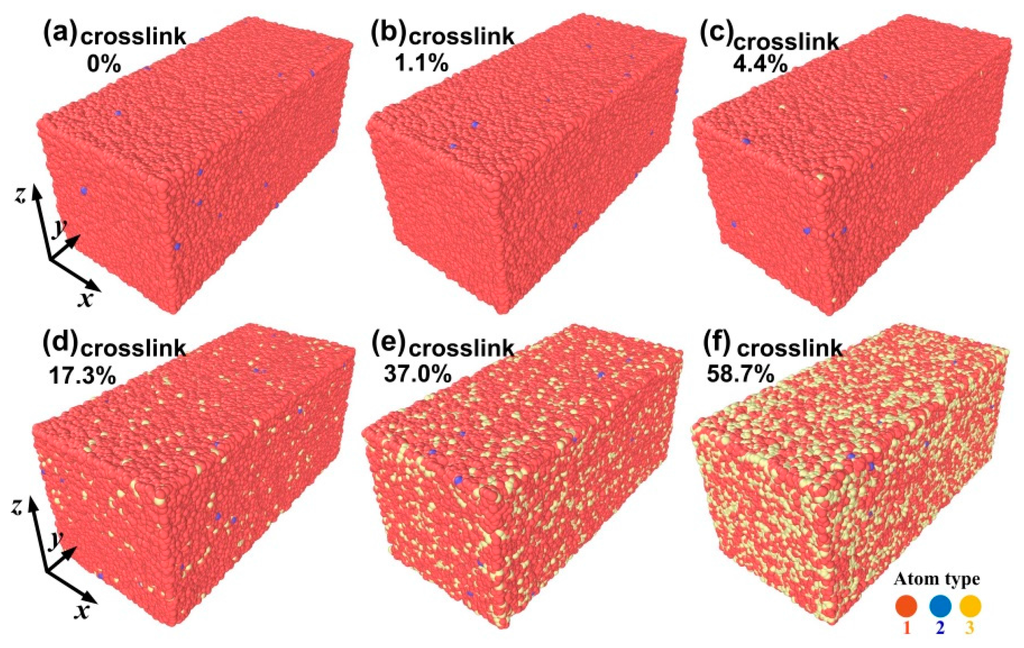