Chitosonic® Acid as a Novel Cosmetic Ingredient: Evaluation of its Antimicrobial, Antioxidant and Hydration Activities
Next Article in Special Issue

Cellulose micro/nano-fibers can be produced by electrospinning from liquid crystalline solutions. Scanning electron microscopy (SEM), as well as atomic force microscopy (AFM) and polarizing optical microscopy (POM) measurements showed that cellulose-based electrospun fibers can curl and twist, due to the presence of an off-core line defect disclination, which was present when the fibers were prepared. This permits the mimicking of the shapes found in many systems in the living world, e.g., the tendrils of climbing plants, three to four orders of magnitude larger. In this work, we address the mechanism that is behind the spirals’ and helices’ appearance by recording the trajectories of the fibers toward diverse electrospinning targets. The intrinsic curvature of the system occurs via asymmetric contraction of an internal disclination line, which generates different shrinkages of the material along the fiber. The completely different instabilities observed for isotropic and anisotropic electrospun solutions at the exit of the needle seem to corroborate the hypothesis that the intrinsic curvature of the material is acquired during liquid crystalline sample processing inside the needle. The existence of perversions, which joins left and right helices, is also investigated by using suspended, as well as flat, targets. Possible routes of application inspired from the living world are addressed. View Full-Text
Keywords: cellulose-based liquid crystals; electrospun helical fibers; biomimetic springs cellulose-based liquid crystals; electrospun helical fibers; biomimetic springs
►▼ Show Figures 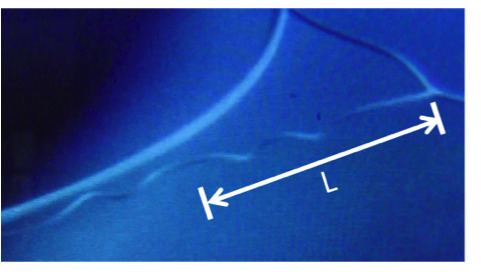