Suspension plasma spraying is a process that enables the production of finely grained nanometric or submicrometric coatings. The suspensions are formulated with the use of fine powder particles in water or alcohol with some additives. Subsequently, the suspension is injected into plasma jet and the liquid additives evaporate. The remaining fine solids are molten and subsequently agglomerate or remain solid, depending on their trajectory in the plasma jet. The coating’s microstructure results from these two groups of particles arriving on a substrate or previously deposited coating. Previous experimental studies carried out for plasma sprayed titanium oxide and hydroxyapatite coatings enabled us to observe either a finely grained microstructure or, when a different suspension injection mode was used, to distinguish two zones in the microstructure. These two zones correspond to the dense zone formed from well molten particles, and the agglomerated zone formed from fine solid particles that arrive on the substrate in a solid state. The present paper focuses on the experimental and theoretical analysis of the formation process of the agglomerated zone. The experimental section establishes the heat flux supplied to the coating during deposition. In order to achieve this, calorimetric measurements were made by applying experimental conditions simulating the real coatings’ growth. The heat flux was measured to be in the range from 0.08 to 0.5 MW/m2,depending on the experimental conditions. The theoretical section analyzes the sintering during the coating’s growth, which concerns the fine particles arriving on the substrate in the solid state. The models of volume, grain boundary and surface diffusion were analyzed and adapted to the size and chemistry of the grains, temperature and time scales corresponding to the suspension plasma spraying conditions. The model of surface diffusion was found to best describe the sintering during suspension plasma spraying. The formation of necks having the relative size equal to 10% of particle diameter was found to be possible during the thermal cycles occurring at the coatings’ deposition. Transmission electron microscopic observations of the agglomerated zone hydroxyapatite coating confirm the sintering of some of the fine grains. View Full-Text
Keywords: suspension plasma spraying; coatings grow up; hydroxyapatite coatings; sintering suspension plasma spraying; coatings grow up; hydroxyapatite coatings; sintering
►▼ Show Figures 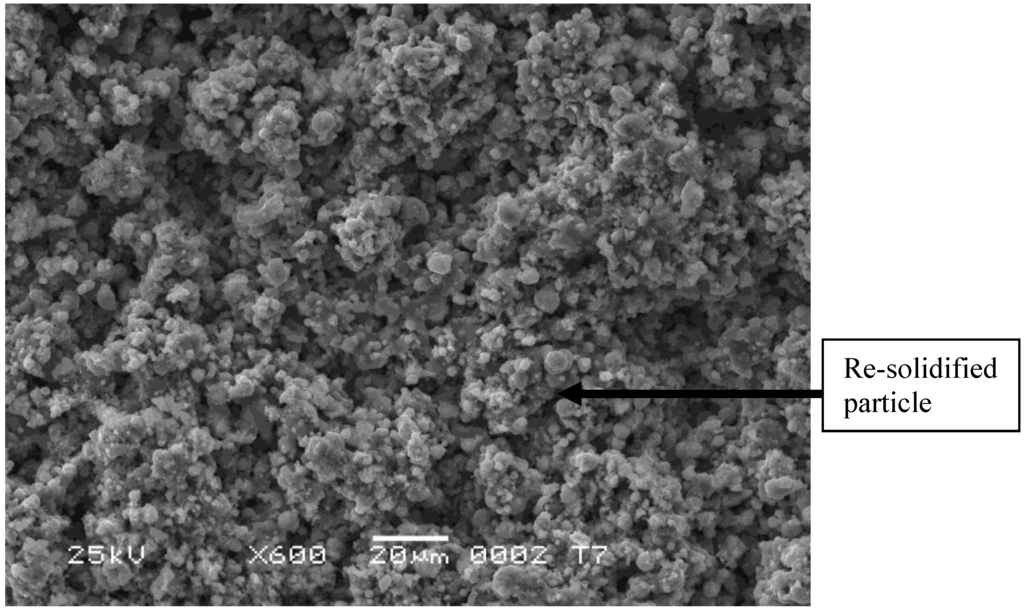