Relaxors constitute a large class of ferroelectrics where disorder is introduced by doping with ions of different size and valence, in order to maximize their useful properties in a broad temperature range. Polarization disorder in relaxors is typically studied by dielectric and scattering techniques that do not allow direct mapping of relaxor parameters, such as correlation length or width of the relaxation time spectrum. In this paper, we introduce a novel method based on measurements of local vibrations by Piezoresponse Force Microscopy (PFM) that detects nanoscale polarization on the relaxor surface. Random polarization patterns are then analyzed via local Fast Fourier Transform (FFT) and the FFT PFM parameters, such as amplitude, correlation radius and width of the spectrum of spatial correlations, are mapped along with the conventional topography. The results are tested with transparent (Pb, La) (Zr, Ti)O3 ceramics where local disorder is due to doping with La3+. The conclusions are made about the distribution of the defects responsible for relaxor behavior and the role of the grain boundaries in the macroscopic response. View Full-Text
Keywords: PLZT; relaxors; Piezoresponse Force Microscopy; domains; grains PLZT; relaxors; Piezoresponse Force Microscopy; domains; grains
►▼ Show Figures 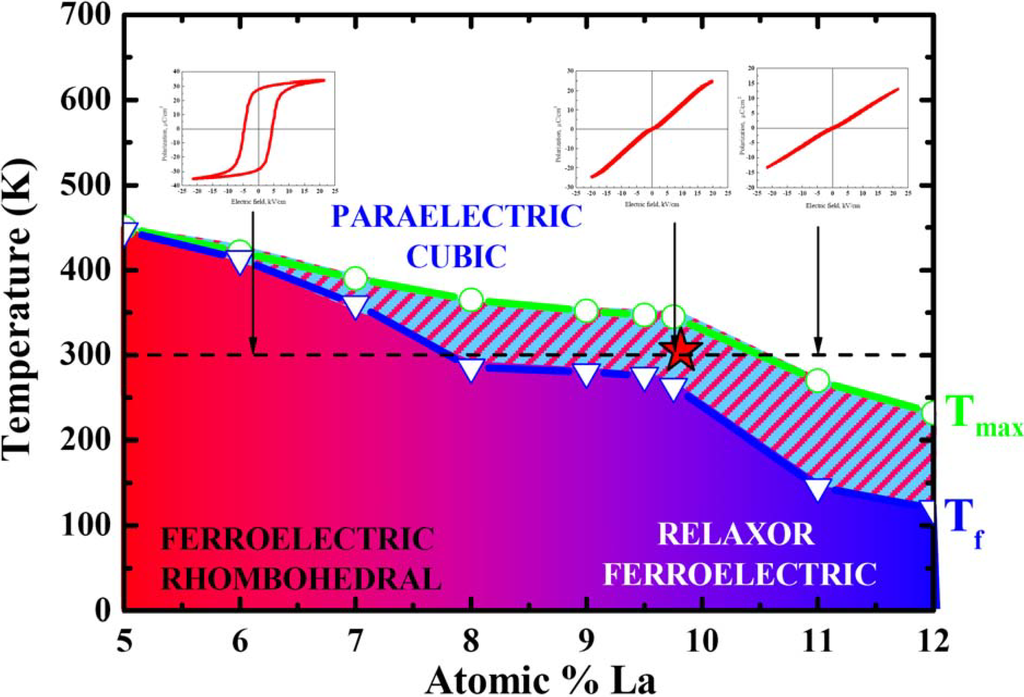