Inspired by Skeletal Muscles: Study of the Physical and Electrochemical Properties of Derived Lignocellulose-Based Carbon Fibers
Previous Article in Journal 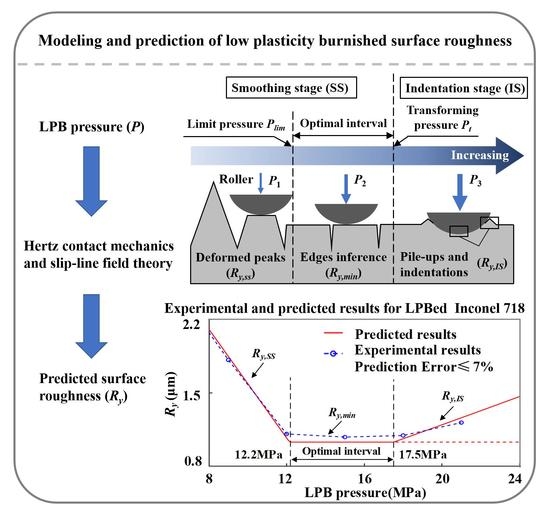 2.2. Modeling of Surface Roughness in SS

2.3. Modeling of Surface Roughness in IS

The workpiece material of Inconel 718 was treated with a solution and aging treatment. The material was heated to 960 °C and held for 1 h, and then air cooled to room temperature. Subsequently, the material was held at 720 °C for 8 h, then cooled to 620 °C at a speed of 50 °C/h and held for 8 h in a furnace, and finally, air-cooled to room temperature. All specimens were prepared from the same batch of material to avoid errors due to the difference in material batches. The mechanical properties of Inconel 718 and the roller are shown in Table 2 [31].

Figure 9 depicted the experimental equipment and process. The turning and LPB processes were both carried out at the PUMA 200 MA CNC turning center (DAEWOO, Incheon, Korea). The insert used in the turning process was VBMT160404-MF1105 (Sandvik, Sandviken, Sweden). The turning processing parameters were determined as follows: turning speed v = 50 m/min, feed rate f = 0.1 mm/r, and the depth of cut ap = 0.1 mm. The size of the specimen was ϕ24 × 140 mm. Four rolled sections were set for each specimen to be processed with different rolling parameters.
The specimen was subjected to the LPB process after the turning process, as shown in Figure 9b. The hydraulic unit can produce a maximum pressure of 21 MPa. The diameter of the rolling ball was 6 mm. Five groups of the LPB pressures were set as 9 MPa, 12 MPa, 15 MPa, 18 MPa and 21 MPa. Two passes and 0.1 mm/r feed rate were determined according to the pre-experiments. The right-angle coordinate system was established to facilitate the description of the machining process and analysis of the data.
The surface topography and the roughness were measured by VK-X250K (Keyence, Osaka, Japan). The roughness was measured along the feed direction since it has the most significant effect on the surface property. The ten-point average height Ry was selected as the surface roughness assessment index. To ensure reliability, Ry for each group was measured three times and their average value was taken as the final value.

This research was funded by the National Key Research and Development Program of China (2019YFB2005401) and the Shandong Provincial Key Research and Development Program (Major Scientific and Technological Innovation Project-2020CXGC010204). This work was also supported by grants from National Natural Science Foundation of China (No.91860207), and Taishan Scholar Foundation. 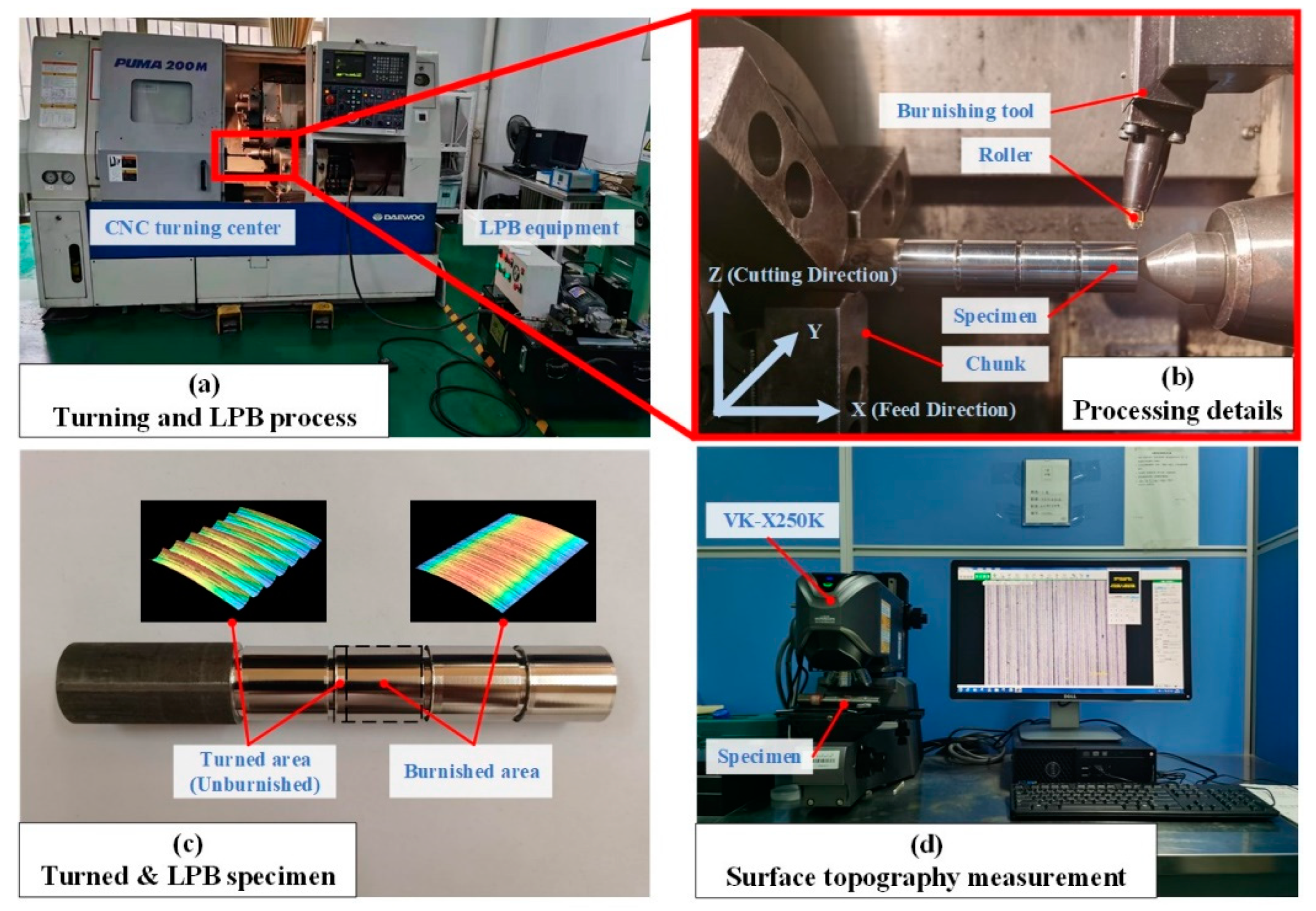