The following are available online at https://www.mdpi.com/1996-1944/13/9/2009/s1, Figure S1: X-ray diffraction pattern for the investigated samples: silica-based nanocomposites containing copper pyrophosphate—SBA-O(POO2Cu)2 NC (a) and silver oxide—SBA-Ag2O NC (b) nanocrystals inside pores. Under the spectrum, characteristic theoretical reflexes are presented as bars. Indexes that can be assigned to the peaks are presented at the spectrum, while those invisible at the theoretical bars.

This work has been supported by the resources of the National Science Centre (Grant-No:2017/26/E/ST5/00162). This research was partially supported by PL-Grid Infrastructure.

The authors are grateful to Józef Deniszczyk for invaluable discussions and his advices concerning to the numerical simulations. 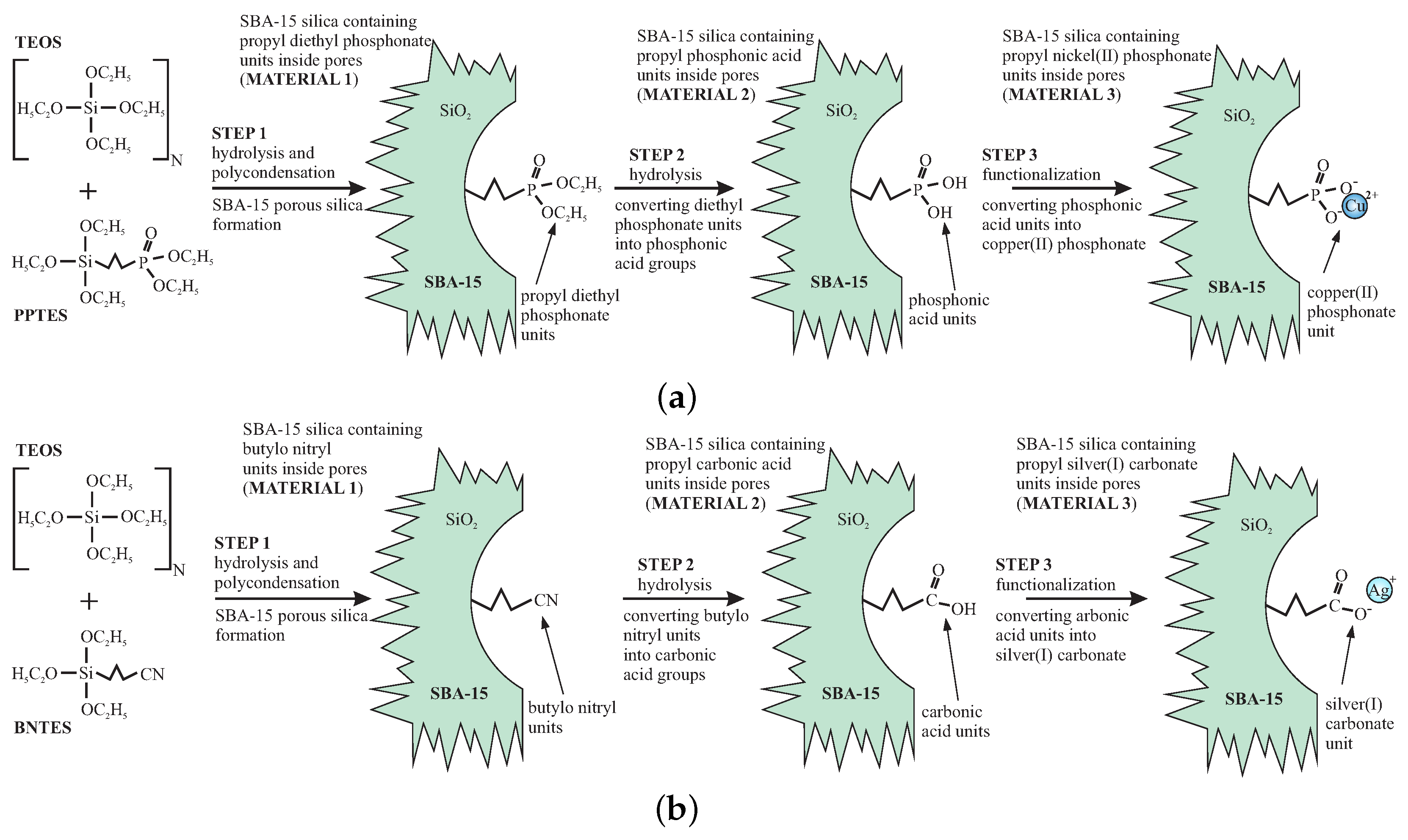 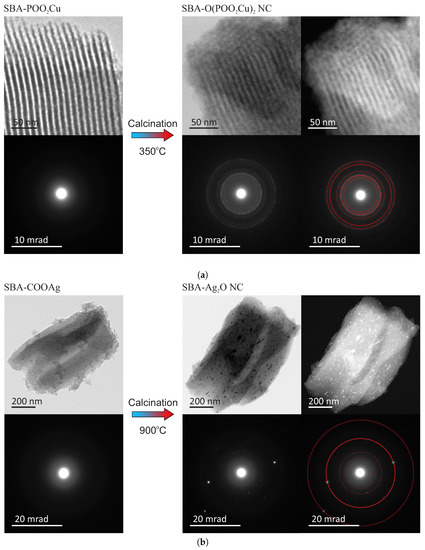 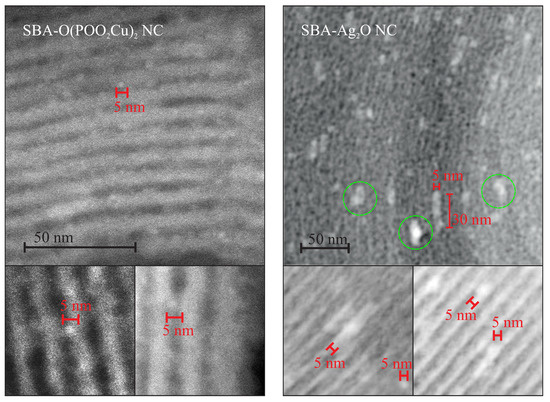 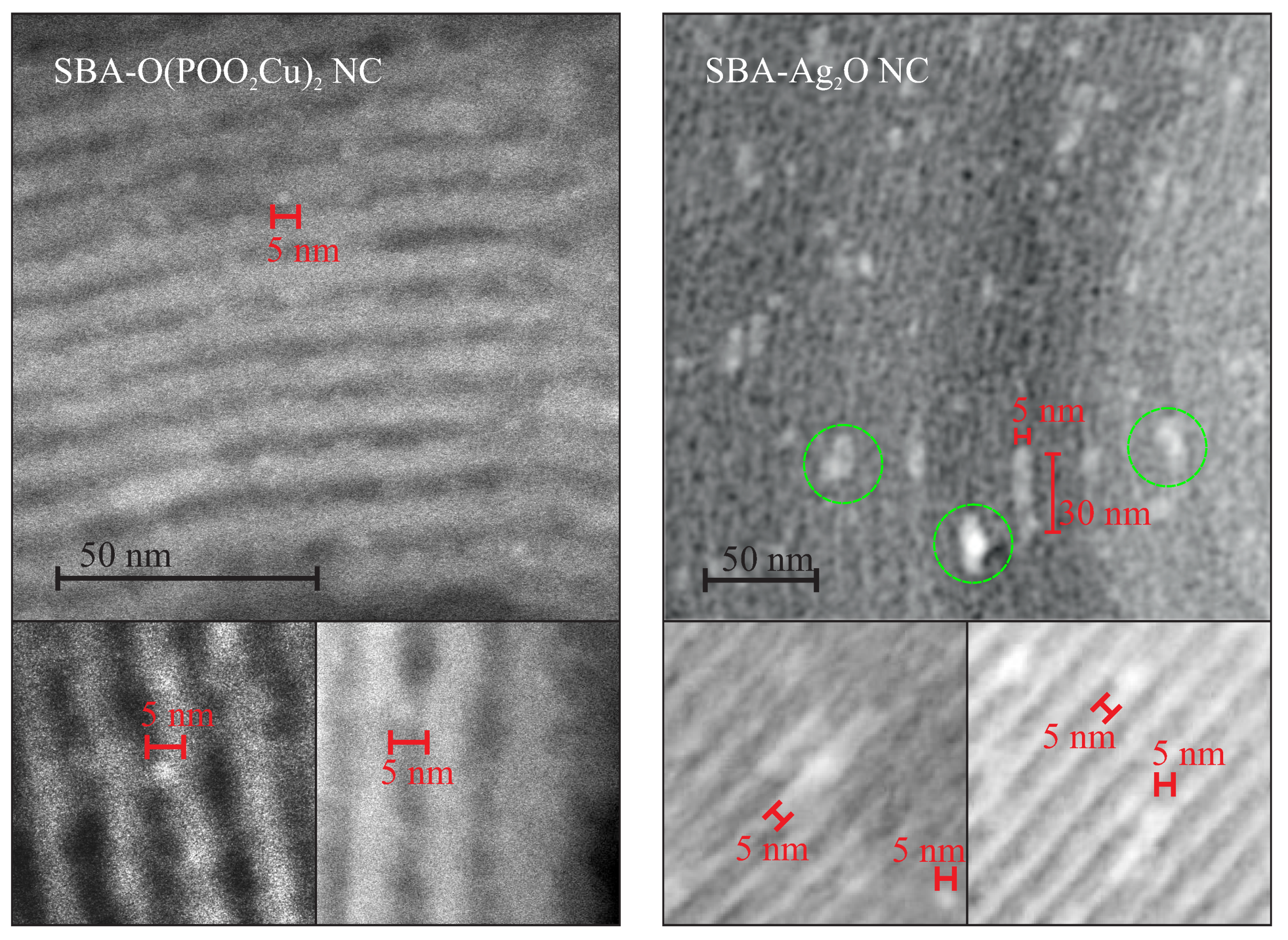 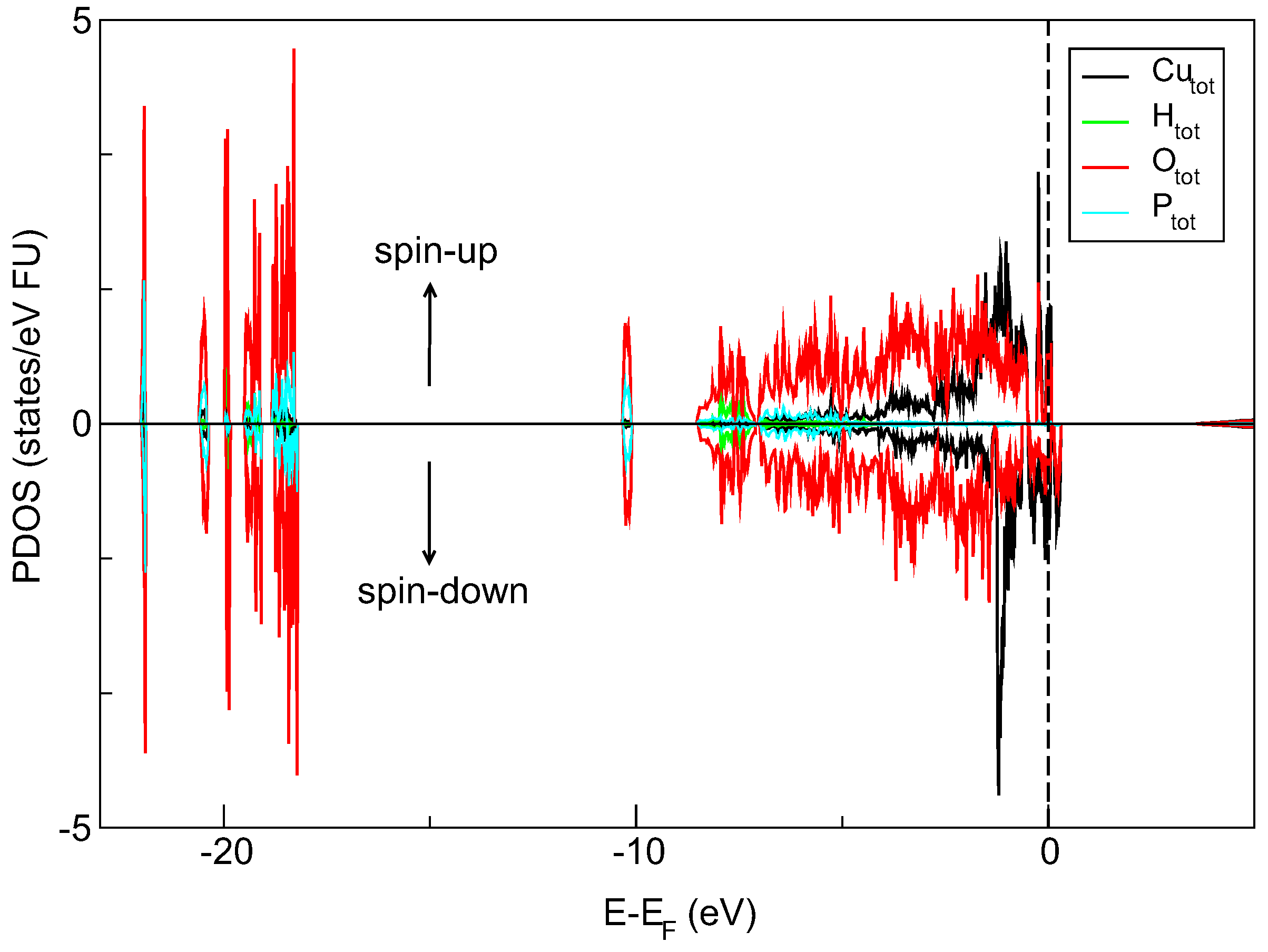