The interaction of different charged polymers, namely anionic polycarboxylate superplasticizer (PCE) and neutral polyethylene glycol (PEG) with potassium ions, and their effect on the yield stress of highly concentrated glass bead suspension (GBS), were studied under different concentrations of potassium ions ([K+]). It was found that, compared to the neutral PEG, the negatively charged PCE can be adsorbed on glass beads (GB), and then decreases the yield stress of GBS. The increasing concentration of free polymer in the interstitial liquid phase with the increased polymer dosage leads to the higher yield stress of GBS, which may be caused by the higher depletion force. In addition, this effect is also related to the charge density of the polymer and the [K+] in the solution. Along with the increase in [K+], the yield stress of GBS increases significantly with the addition of PCE, but this cannot be observed with PEG, which indicates that potassium ions can interact with negatively charged PCE instead of the neutral PEG. At last, the interparticle forces between two single GB with adsorbed PCE in solutions containing [K+] and PCE were measured by colloidal probe atomic force microscopy to better understand the interaction of the charged polymer with counterions. View Full-Text
Keywords: yield stress; free polymer; charge density; depletion force; potassium ions yield stress; free polymer; charge density; depletion force; potassium ions
►▼ Show Figures 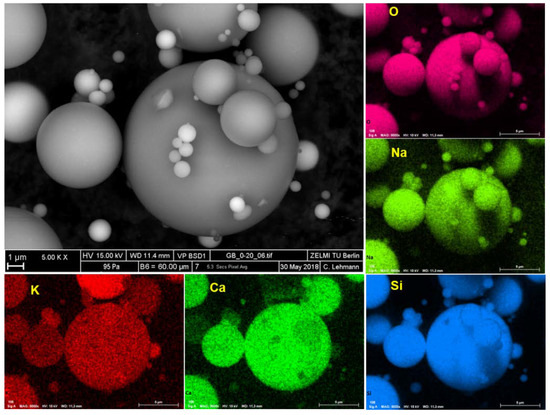