The shape memory alloy (SMA)-based actuators have been increasingly used in different domains, such as automotive, aerospace, robotic and biomedical applications, for their unique properties. However, the precision control of such SMA-based actuators is still a problem. Most traditional control methods use the force/displacement signals of the actuator as feedback signals, which may increase the volume and weight of the entire system due to the additional force/displacement sensors. The resistance of the SMA, as an inherent property of the actuator, is a dependent variable which varies in accordance with its macroscopic strain or stress. It can be obtained by the voltage and the current imposed on the SMA with no additional measuring devices. Therefore, using the resistance of the SMA as feedback in the closed-loop control is quite promising for lightweight SMA-driven systems. This paper investigates the resistance characteristics of the SMA actuator in its actuation process. Three factors, i.e., the resistivity, the length, and the cross-sectional area, which affect the change of resistance were analyzed. The mechanical and electrical parameters of SMA were obtained using experiments. Numerical simulations were performed by using the resistance characteristic model. The simulation results reveal the change rules of the resistance corresponding to the strain of SMA and demonstrate the possibility of using the resistance for feedback control of SMA. View Full-Text
Keywords: shape memory alloy; phase transformation; constitutive model; resistance characteristics shape memory alloy; phase transformation; constitutive model; resistance characteristics
►▼ Show Figures 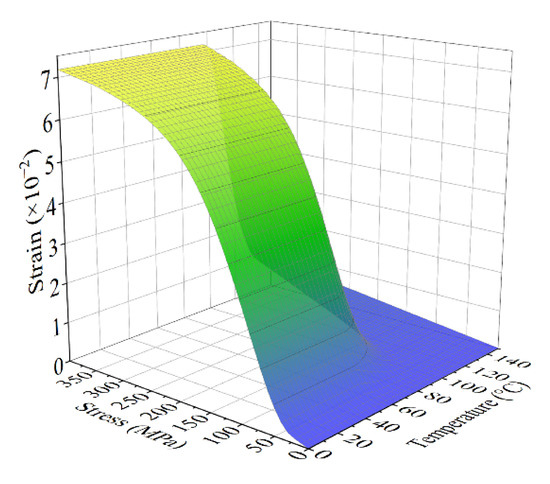