In this paper, light burned magnesia dispersed in the magnesium chloride solution was used for the manufacturing of magnesium oxychloride cement-based composites which were lightened by granulated scrap tires and expanded glass. In a reference composite, silica sand was used only as filler. In the lightened materials, granulated shredded tires were used as 100%, 90%, 80%, and 70% silica sand volumetric replacement. The rest was compensated by the addition of expanded glass granules. The filling materials were characterized by particle size distribution, specific density, dry powder density, and thermal properties that were analyzed for both loose and compacted aggregates. For the hardened air-cured samples, macrostructural parameters, mechanical properties, and hygric and thermal parameters were investigated. Specific attention was paid to the penetration of water and water-damage, which were considered as crucial durability parameters. Therefore, the compressive strength of samples retained after immersion for 24 h in water was tested and the water resistance coefficient was assessed. The use of processed waste rubber and expanded glass granulate enabled the development of lightweight materials with sufficient mechanical strength and stiffness, low permeability for water, enhanced thermal insulation properties, and durability in contact with water. These properties make the produced composites an interesting alternative to Portland cement-based materials. Moreover, the use of low-carbon binder and waste tires can be considered as an eco-efficient added value of these products which could improve the environmental impact of the construction industry.
Keywords: magnesium oxychloride cement; scrap tires; granulated expanded glass; macrostructural parameters; mechanical resistance; thermal performance; water resistance magnesium oxychloride cement; scrap tires; granulated expanded glass; macrostructural parameters; mechanical resistance; thermal performance; water resistance

The management, treatment, and disposal of solid waste belong among the main environmental concerns around the globe. With respect to sustainability, the best solutions of waste management are those that minimize the environmental impact at an affordable cost [1,2]. Today, the increasing population leads to an increasing number of vehicles and massive tire production. Consequently, this generates a significant increment in solid waste and, thus, in the volume of scrap tires. Therefore, the sustainable management of end-of-life tires (ELTs) is of the particular importance. According to the ETRMA (European Tyre and Rubber Manufactures’ Association), the tire production within EU countries remained over 4 billion tons throughout the period 2010–2018 and reached a maximum of 5.1 billion tons in 2017 and 2018 [3]. This corresponds to approx. 24% of the total world production. It is estimated that EU countries, USA, Japan, India, and China produce almost 88% of the total number of withdrawn tires around the globe [4].
In Europe, most of the ELTs are recovered as reported in statistics by ETRMA [3]. In 2010, 96% of ELTs were recovered in energy (38%), materials recycling and reuse (40%), reconstruction (8%), and export (10%) [5]. On the other hand, the remaining 0.2 billion tones represents an open field for other commercial reuse of materials based on scrap tires. Moreover, in less-developed countries, the recovery of ELTs is much lower [6]. This opens a broad field for an alternative recycling of scrap tires as their stockpiling has become unacceptable because of the depletion of available sites for landfilling and fire hazards. Basically, ELTs can be managed in a number of forms, such as whole tire, slit tire, shredded or chopped tire, powdered tire, ground rubber, or as a crumb rubber product. In this respect, intensive research has been conducted to find novel and effective methods of ELT treatment. Except the use of scrap tires for energy recovery (tire-derived fuel) and alternative fuel for cement clinker production, where embodied steel sufficiently endows raw flour by iron oxides [7], they have found application in the production of building materials, such as asphalt pavements [8,9,10,11], rubberized asphalt [12,13], rubber-filled concrete [14,15,16,17,18,19], crumb rubber concrete hollow blocks [20], thermal and sound insulation precast concrete panels [21], and rendering mortars with increased durability and thermal insulation performance [22]. As tire-recycling products have low gravity, low thermal conductivity, and are waterproof and durable against harmful environmental action, they have found use in the construction of tunnels, underground passages, highway embankments, acoustic sheets, acoustic flooring foils, etc. [4]. The rubber from worn tires were also found to improve the resistance of cement mortars against water and chloride penetration [23,24]. Recently, rubber particles were found to have potential to be used as bacteria carriers in self-healing concrete [25].
Typically, the high dosage of rubber in concrete led to an excessive drop in mechanical resistance due to the failure of the bond between rubber particles and the silicate matrix, and a reduction in bulk density and elastic modulus. However, processed tires can find use in other types of composites and construction products, where high mechanical strength is not the main technical parameter. For example, they can be applied in the form of lightweight fillers or admixtures providing low permeability for water and dissolved salt, thus ensuring durability in terms of water resistance, ability to absorb deformation without cracking, improved freeze/thaw resistance [26], etc.
As the use of ELTs in Portland cement- and asphalt-based materials was intensively explored within last three decades, we aimed in the presented work at the use of granulated waste tire rubber as lightweight water resistant aggregate in composition of composites made of magnesium oxychloride cement (MOC) as an only binder. The impact of the use of rubber granulate on the technical and functional properties and performance of the researched materials was studied and the findings are discussed and summarized. The research was motivated by the fact the Portland cement industry has an adverse environmental impact which is associated with enormous CO2 emissions and natural resources depletion. MOC has many superior properties to those associated with ordinary Portland cement, such as fast hardening, early and high strength, low alkalinity, low density of precipitated products, fire resistance, high bonding ability, CO2-neutrality, etc. [27,28,29]. On the other hand, a critical defect of MOC is its limited water resistance which is the cause of its little industrial application [30,31]. As the rubber produced from scrap tires repels water (hydrophobic nature), it is assumed it will restrict water transport in the MOC matrix and, thus, ensure its resistance with regard to water damage. It is also expected that the lightweight rubber will help to enhance thermal insulation performance of the final composites. Similar benefits should also be provided by granulated expanded glass, which was used in composite mixtures as a partial substitute of processed waste tires. The motivation of the paper can be summarized as: the design, development, and testing of lightweight eco-efficient MOC composites with improved water resistance and thermal insulation capability. The novelty of the presented study is evident as the use of recycled waste tires in MOC composites was only rarely studied up to now, and data on hygric and thermo-physical properties of MOC/granulated rubber composites are not available at all.

Novel lightweight composites for construction use were developed and tested. The materials were made of MOC and processed waste tires which were partially substituted with granulate of expanded glass. The use of a lightweight filler produced from waste tires can help to reduce the continuously-increasing amount of this type of waste and, thus, increase the sustainability of the construction industry. Moreover, as MOC is considered to be a low-carbon binder, the manufactured composites represent an eco-efficient alternative to Portland cement-based materials whose production enormously depletes natural resources and contributes substantially to the generation and emission of greenhouse gases. The use of processed waste also brings financial benefits. Based on the obtained experimental data, the following findings were highlighted:

(i)
application of processed ELT and glass granulate resulted in an increased porosity and great drop in bulk density;
(ii)
the develop lightweight materials had sufficient mechanical strength and stiffness which were suitable also for structural applications;
(iii)
the use of non-absorbing rubber particles and glass granulate repelled the water ingress, the composites, therefore, exhibited low permeability for water;
(iv)
the both lightweight aggregates used improved the thermal insulation performance of the manufactured composites compared to reference material with silica sand as the only filler;
(v)
because of the low water penetration, the novel materials were durable with respect to moisture damage.

Summarizing the results of the conducted tests and analyses, the rubberized MOC-based composites may represent a basis for modern construction materials with improved durability and thermal insulation performance. These composites thus represent an interesting alternative to traditional building products.

This research was funded by the Czech Science Foundation, grant number 19-00262S—Reactive magnesia cements-based composites with selected admixtures and additives. 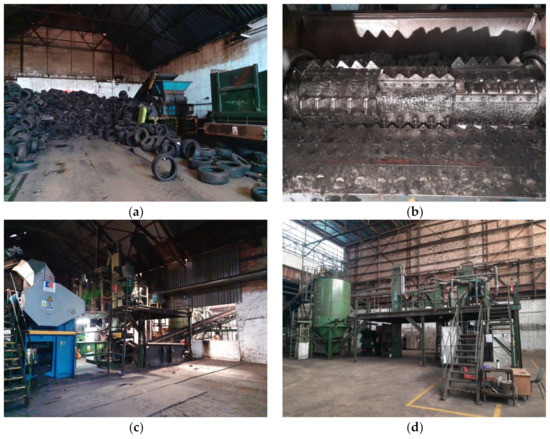 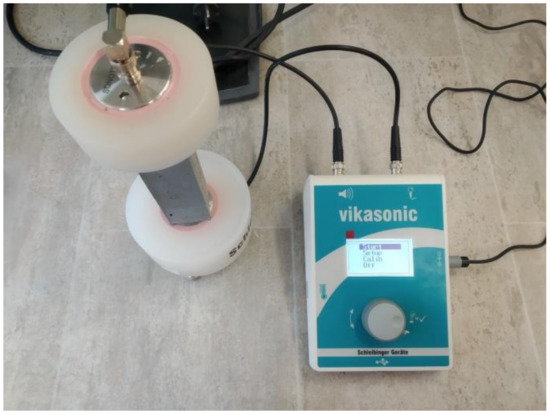 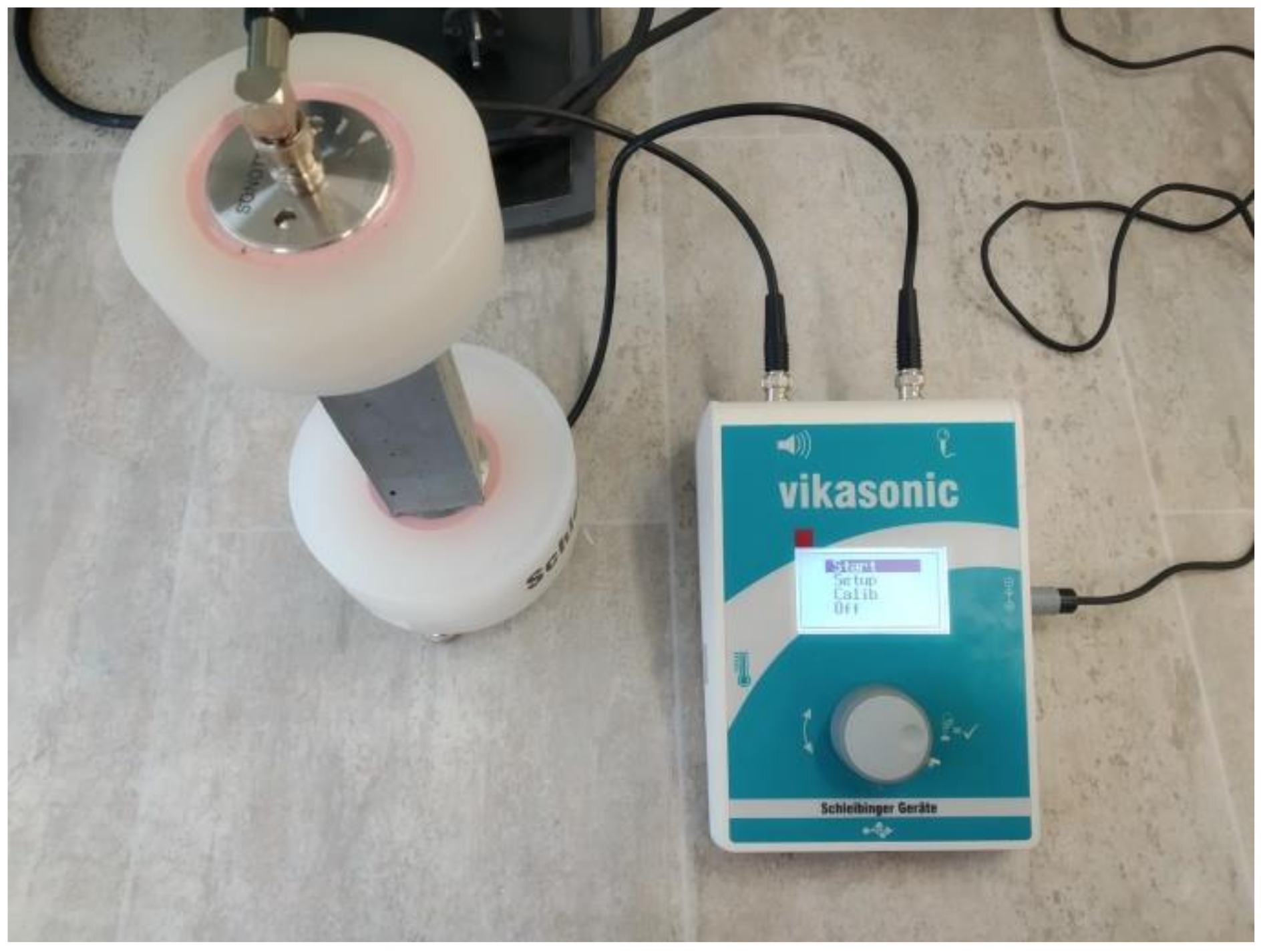 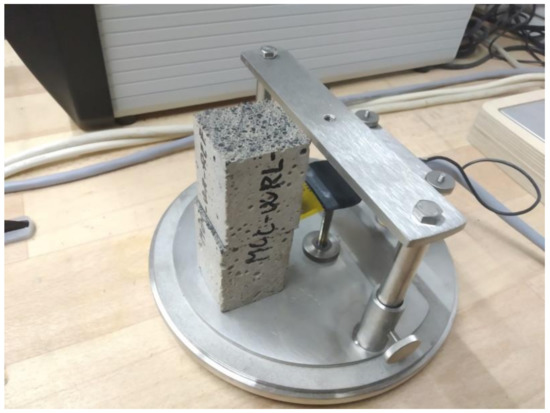 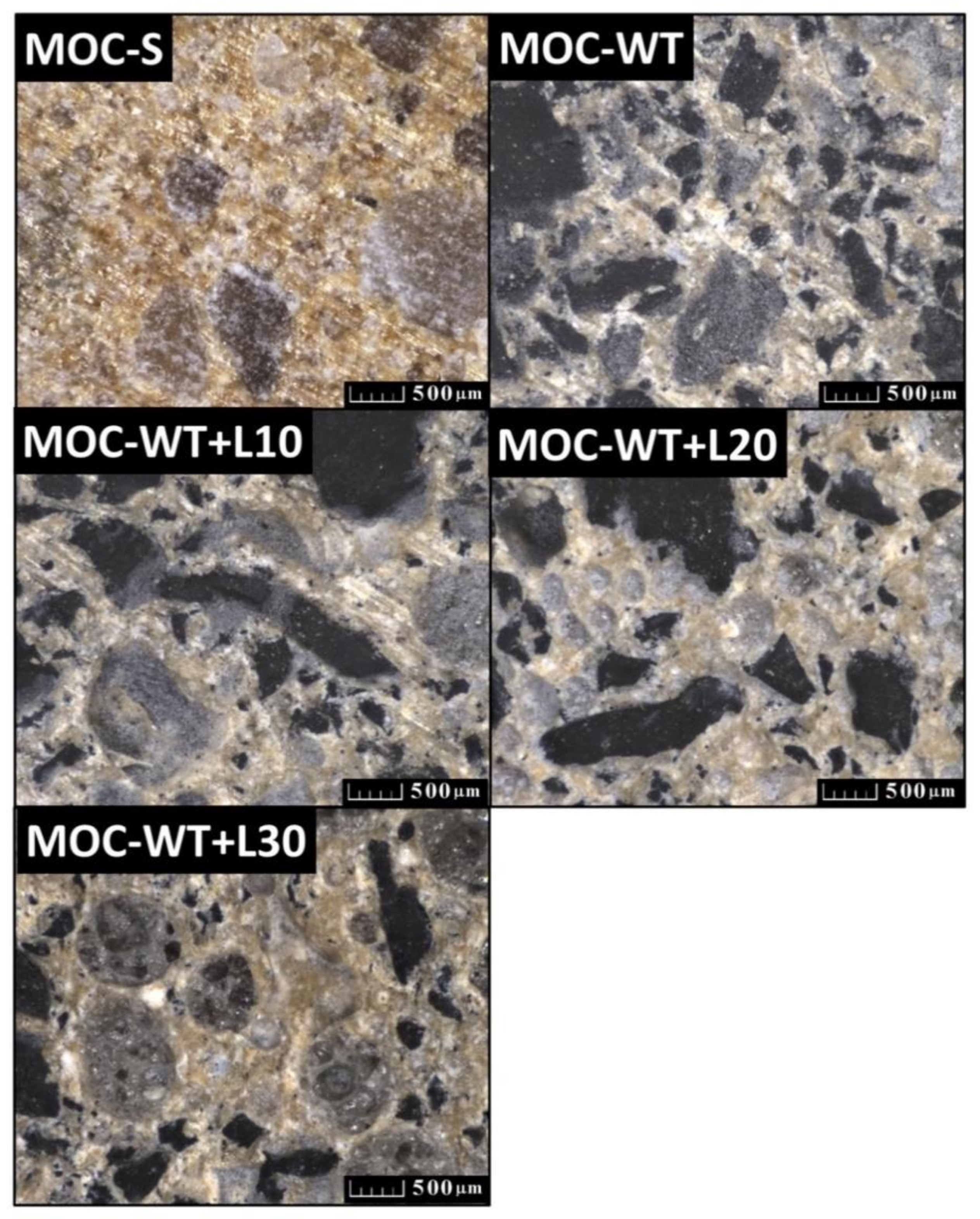 Table 8. The water resistance coefficient.
Table 8. The water resistance coefficient.
© 2020 by the authors. Licensee MDPI, Basel, Switzerland. This article is an open access article distributed under the terms and conditions of the Creative Commons Attribution (CC BY) license (http://creativecommons.org/licenses/by/4.0/).
We use cookies on our website to ensure you get the best experience. Read more about our cookies here.
Accept
We have just recently launched a new version of our website. Help us to further improve by taking part in this short 5 minute survey here. here.
Never show this again