Thermoplastic fiber-reinforced polymer composites (TP-FRPC) are gaining popularity in industry owing to characteristics such as fast part fabrication, ductile material properties and high resistance to environmental degradation. However, TP-FRPC are prone to time-dependent deformation effects like creep under sustained loading, which can lead to significant dimensional changes and affect the safe operation of structures. Previous research in this context has focused, mainly, on testing of flat coupons. In this study, a creep testing method for TP-FRPC tubular coupons was developed. Specimens were fabricated using tape winding and subjected to well-defined loading conditions, i.e., pure hoop tensile and pure axial compressive stress. Strain gauges and digital image correlation were both employed for strain measurements and were found to be in good agreement. The evolution of strain rate, Poisson’s ratio and creep compliance were investigated. The prediction of experimental data by the Burgers model and the Findley’s power law model were explored. The research findings suggest that the developed experimental and analysis approach provides valuable information for the design of material systems and structures. View Full-Text
Keywords: thermoplastic fiber-reinforced polymers composites; time-dependent behavior; creep testing thermoplastic fiber-reinforced polymers composites; time-dependent behavior; creep testing
►▼ Show Figures 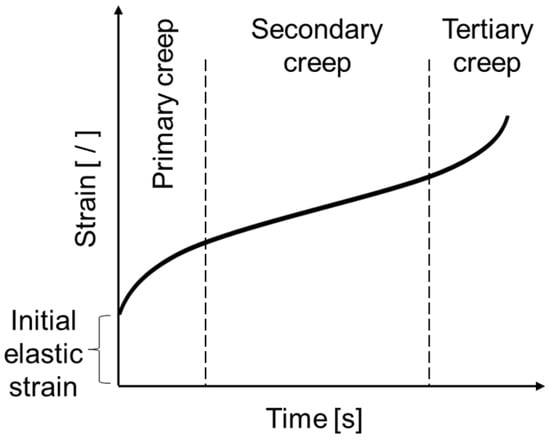