3D five-directional braided preforms were manufactured with T300-3K carbon yarns (tensile strength, 3200 MPa; tensile modulus, 230 GPa; elongation, 1.5%; density, 1.76g·cm−3) by a four-step 1 × 1 braiding technique [23]. The braiding process is controlled by carrying braiding yarn movement using the carrier, and braiding yarns are interwoven with each other. The yarn carrier moves along a fixed orbit, and braiding yarns on the carrier correspondingly move along the direction of the carrier. The movement of braiding yarn is always half a step behind that of the carrier. The axial yarn only moves in the direction of a line and does not participate in weaving, which is evenly sandwiched between braiding yarns. The braiding angles of 3D five-directional composites are controlled by pitch height during the braiding process. Figure 1 shows the fiber architecture of the interior unit of the 3D five-directional braided composites. The photographs of preforms with different braiding angles (21°, 32°) are shown in Figure 2.
TDE-90 epoxy resin (4,5-epoxycyclohexane-1,2-dicarboxylic acid diglycidyl ester, epoxy value = 0.90 ± 0.02 mol/100 g, viscosity = 2~5 Pa·s at 25 °C) was used as the matrix, and supplied by Tianjin Jingdong Chemical Composites Ltd (Tianjin, China). m-Phenylenediamine was purchased from Shanghai Macklin Biochemical Co., Ltd. (Shanghai, China) and used as curing agent.
Epoxy resin of TDE-90 and the curing agent were mixed and then injected into the preforms using the vacuum assisted resin transfer molding (VARTM) technique. The curing process followed a stepwise procedure of 85 °C for 2 h and 150 °C for 2 h. The braided composites were cut as Figure 2 illustrates. The information of the specimens is detailed in Table 1.

The compression tests were conducted by a high temperature mechanical machine (Figure 3) following the HB 7571-1997 standard [24]. The compressive speed was set as 0.5 mm/min. Three specimens were tested at the same experimental condition. To investigate the effect of temperature on compression properties of the composites, the glass transition temperatures (Tg) of the epoxy matrix were measured by dynamic mechanical analysis (DMA). Since the Tg of the epoxy matrix is 172 °C as shown in Figure 4, the highest tested temperature point was set as 180 °C. In this case, six temperature points (25 °C, 60 °C, 90 °C, 120 °C, 150 °C, and 180 °C) were selected to explore the temperature effects on compression properties of the specimens.

The out-of-plane compression stress versus strain curves of specimens with 21° braiding angle at different temperatures are shown in Figure 5a. It was found that the slopes of the curves decrease with increasing temperature at the initial stage. At 25 °C, the curve undergoes the initial elastic stage and the yielding stage; stress increases linearly at the elastic stage and then rises slowly until stress drops with a buffer during which it reaches the maximum value. The curve trend is in accordance with those from other literature [25]. Soon afterwards, the stress begins to increase again. The curve transition from linear to nonlinear indicates that the internal crack is growing slowly, and the appearance of the buffer indicates that the crack growth is greatly stropped by the axial yarns; the load rising again after stress peak manifests that the fiber bundles are further compacted in the thickness direction. At 60 °C and 90 °C, the curves change similarly with that at 25 °C, and they increase linearly at the initial stage, increase slowly with decreasing slopes, then they immediately drop a little, and finally they begin to rise again. At 120 °C, the nonlinear growth segment is very long, showing that the plastic features begin to occur at earlier times. In addition, the loading drop is not obvious. This might be because the epoxy matrix becomes soft and starts to lose its mechanical properties [26]. At 150 °C and 180 °C, the curve slopes decrease significantly with the increase of temperature because the epoxy matrix is softer and the interface between fibers and matrix does not bond tightly anymore. At the same time, the plastic characteristic of the matrix becomes more obvious before the specimens are destroyed.
Figure 5b shows the compression stress versus strain curves of the specimens with large braiding angle, 32°, at different temperatures. At 25 °C, the curve shows linearity and the stress immediately drops when it reaches the maximum value, indicating a brittle fracture feature. This is because the mechanical properties are dominated by fiber bundles and matrix together for large braiding angle specimens, and the brittle fracture of matrix plays a large role at a low temperature. At 60 °C and 90 °C, the curves increase linearly at the initial stage, then they drop with a higher magnitude, and finally they begin to rise again. At 120 °C, the stress drops gradually after the maximum stress point because the matrix begins to soften. At 150 °C and 180 °C, the curve slopes decline obviously because the matrix softens and the interface bond between fibers and matrix is no longer tight. Meanwhile, the stress decreases in a little magnitude after the maximum value when the stress increases again owing to the more obvious plastic feature.
For both composites with different braiding angles, the curves decline when the temperature rises. This could be explained by the matrix being softened and plasticized step by step, and the outstanding mechanical properties of the matrix which gradually decline at a lower temperature. Moreover, the stress–strain curves of small braiding angle specimens are superior to large braiding angle specimens at each temperature point. This is because the mechanical property of composites with a small braiding angle is mainly determined by fibers; whereas for a large braiding angle composite the property is determined by fibers and matrix together. In addition, the stress of a specimen with a 21° braiding angle decreases by a very small magnitude compared to that of a 32° braiding angle after peak stress. This is because the specimen with a small braiding angle is more tightly woven than that of a 32° specimen, and there is less space to be compacted. Afterwards, the compacted fiber bundles begin to bear loading again.

Figure 6a and Table 2 show the compression strength of specimens with a braiding angle of 21° and 32° at different temperatures. The compression strength decreases with increasing temperature for the two kinds of composites. The strength value at 25 °C is improved by 34.72% compared to 3D four-directional composites with a 20° braiding angle of Huang’s work and 91.13% of Zhang’s work, respectively, as indicated in previous studies [25,27]. This further proves that by adding fifth axial yarns, compression resistance of 3D five-directional composites is superior to that of 3D four-directional composites. From 60 °C to 180 °C, the strength comparatively decreases by 1.56%, 7.36%, 14.98%, 21.36%, 27.44% and 0.96%, 3.01%, 11.84%, 22.72%, 37.77% when comparing with that at 25 °C. This is because the mechanical properties of the matrix decrease with the temperature increasing and the matrix shrinkage phenomenon begins to take place, thus the matrix cannot tightly bond with the fibers.
Figure 6b and Table 2 show that the compression modulus of specimens with braiding angles of 21° and 32° at different temperatures. The compression modulus decreases with rising temperature for the two kinds of composites. The modulus for 21° specimen increased by 15.66% more than that of a 3D four-directional composite at 25 °C, as shown in previous work [28]. The main reason is because the added axial yarns also act as additional load-bearing objects. At the same time, the compression modulus for a 32° specimen improved by 4.63% compared to that of a 3D five-directional composite with a 30° braiding angle at 25 °C [29]. From 60 °C to 180 °C, the modulus comparatively decreases by 14.66%, 19.54%, 25.78%, 37.05%, 52.36% and 11.06%, 15.36%, 24.16%, 37.44%, 48.83% than that at 25 °C, respectively.
Both strength and modulus decrease with the increasing temperature for two braiding angle composites. This indicates that the mechanical resistance of a 3D five-directional braided carbon/epoxy composite to high temperature is dependent on a softening matrix and matrix decomposition [30,31]. In addition, molecular motion accelerates with rising temperature in the composites [32]. Another reason is the different thermal expansion coefficient (CTE) between carbon fiber and resin matrix. The CTE of carbon fiber is −1.0 × 10−6/°C in the longitudinal direction, 12.0 × 10−6/°C in the transverse direction [33], and TDE-90 is 31.7 × 10−6/°C [34]. The increasing temperature causes matrix shrinkage and further induces interfacial debonding especially at 180 °C [27]. Meanwhile, carbon fibers are inert to temperature below 200 °C and the failure of specimens can be generally interpreted by matrix degradation [35]. The compression strength and modulus of the specimens with a large braiding angle are smaller than those with a small braiding angle at each temperature point. They diminish by 6.95%, 6.30%, 2.15%, 3.15%, 8.84%, 6.91% and 10.88%, 6.39%, 5.40%, 8.52%, 11.57%, 3.22% at each temperature point, respectively. This could be because the mechanical properties of small braiding angle specimens are carried more by the fibers; whereas in large braid angle specimens, both fibers and resin dominate the mechanical properties. Meanwhile, the mechanical properties of fibers are much higher than that of matrix.

3.3. The Damage and Failure Mechanism 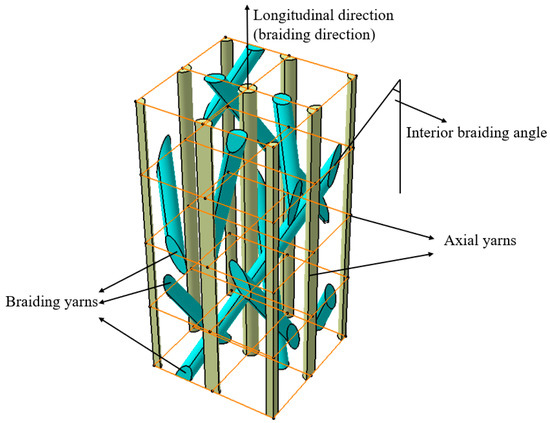 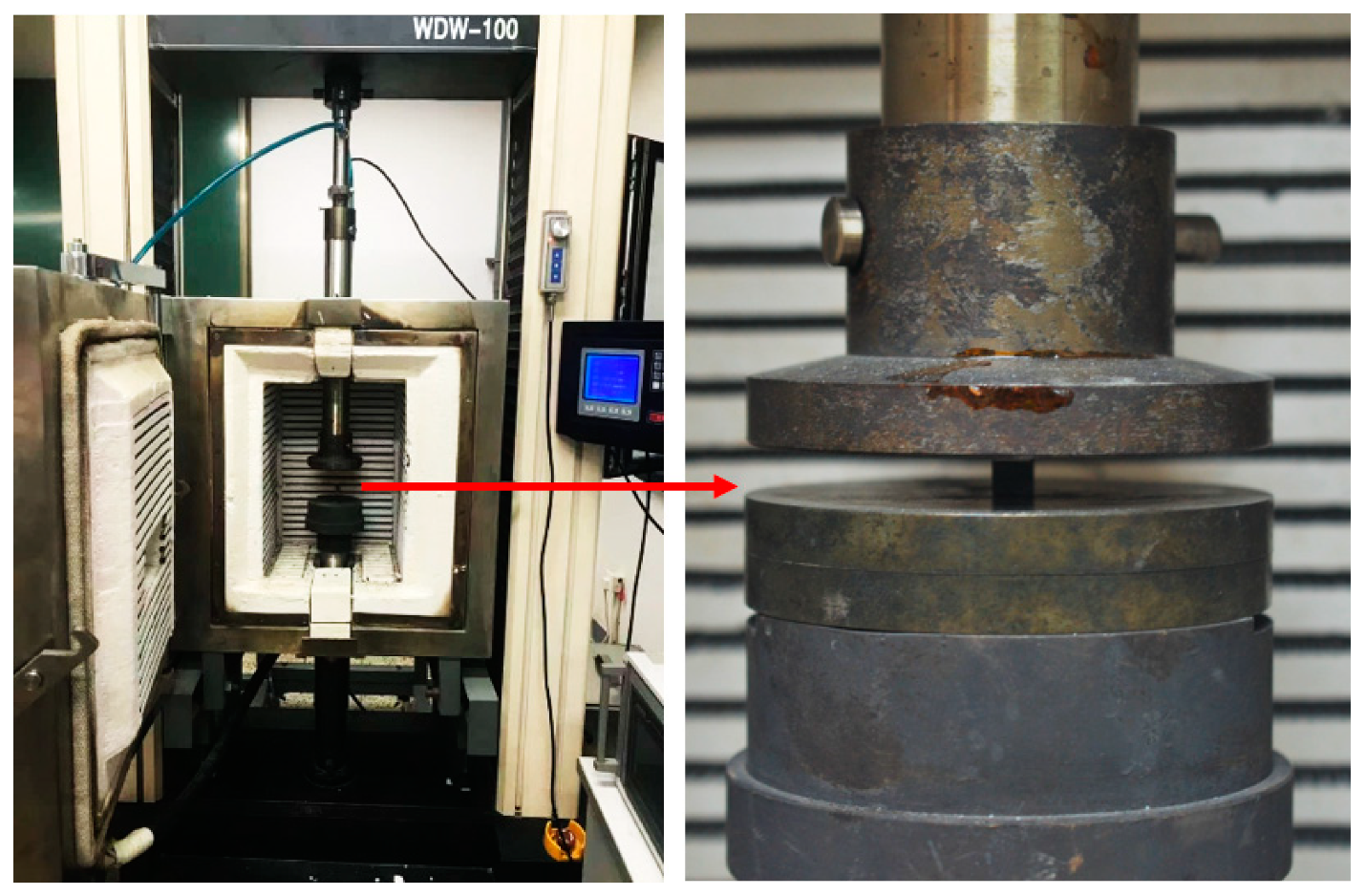 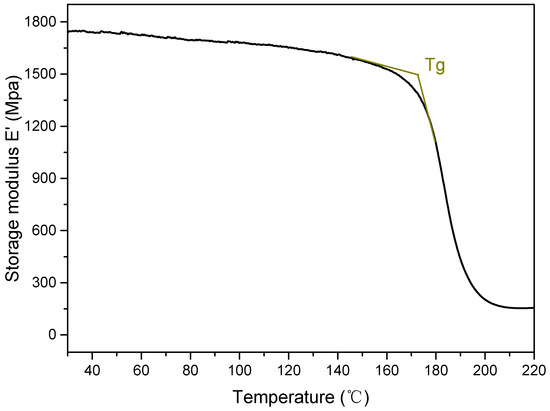 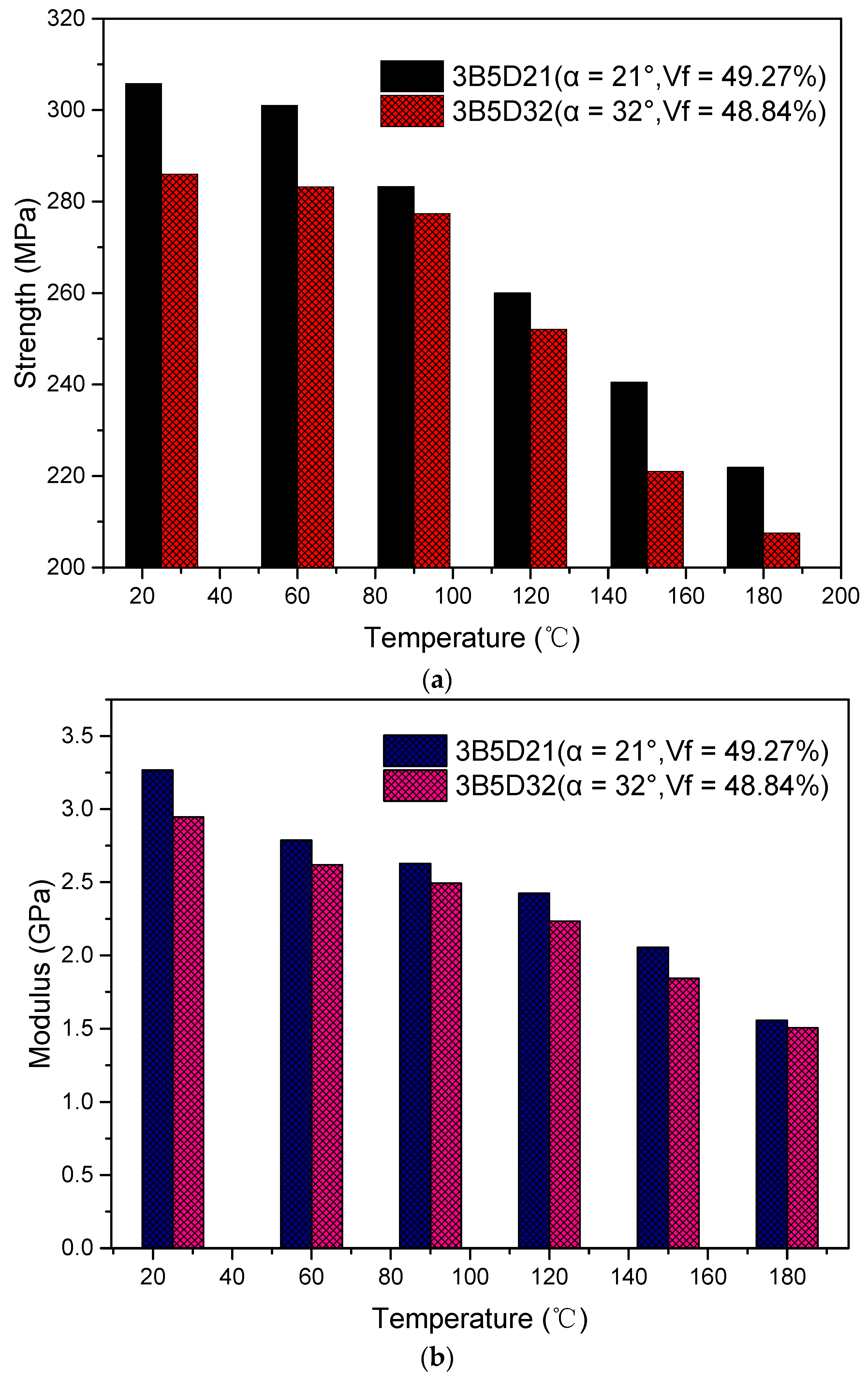 Table 2. The strength and modulus of specimens.
Table 2. The strength and modulus of specimens.
© 2019 by the authors. Licensee MDPI, Basel, Switzerland. This article is an open access article distributed under the terms and conditions of the Creative Commons Attribution (CC BY) license (http://creativecommons.org/licenses/by/4.0/).
We use cookies on our website to ensure you get the best experience. Read more about our cookies here.
Accept
We have just recently launched a new version of our website. Help us to further improve by taking part in this short 5 minute survey here. here.
Never show this again