:
Background: Once inserted and osseointegrated, dental implants become ankylosed, which makes them immobile with respect to the alveolar bone. The present paper describes the development of a new and original implant design which replicates the 3D physiological mobility of natural teeth. The first phase of the test followed the resistance of the implant to mechanical stress as well as the behavior of the surrounding bone. Modifications to the design were made after the first set of results. In the second stage, mechanical tests in conjunction with finite element analysis were performed to test the improved implant design. Methods: In order to test the new concept, 6 titanium alloy (Ti6Al4V) implants were produced (milling). The implants were fitted into the dynamic testing device. The initial mobility was measured for each implant as well as their mobility after several test cycles. In the second stage, 10 implants with the modified design were produced. The testing protocol included mechanical testing and finite element analysis. Results: The initial testing protocol was applied almost entirely successfully. Premature fracturing of some implants and fitting blocks occurred and the testing protocol was readjusted. The issues in the initial test helped design the final testing protocol and the new implants with improved mechanical performance. Conclusion: The new prototype proved the efficiency of the concept. The initial tests pointed out the need for design improvement and the following tests validated the concept.
Keywords:
dental implant; biomaterials; titanium; ISO 14801; fatigue test; finite element analysis

During the first test session, the P2 and P3 implants failed (one or more components suffered macroscopical damage, abutment in this case, making the entire assembly not function as intended) after a number of 10,000 and 35,045 cycles, respectively. (Table 1, Figure 10a). Both of the test samples failed at the point where the abutment entered the implant body (at the locking pins level), an area that proved to be the weakest point of the implant concept. The abutment had less than 0.5 mm width at that certain point. All the other implant components worked as designed, without any damage or unwanted displacement until the point of implant faiulre.
An obvious difference in displacement was visible on the computer generated graphic (Figure 11) between the one-piece implant (S1) and the prototypes (P2 and P3). While the displacement for S1 ranged in a 0.01-mm interval, the displacement for the implant prototypes was situated between 0.03 and 0.06 mm for forces higher than 30 N.
The bone block into which P1 was inserted fractured after it was fitted into the testing device (Figure 10b), due to increased momentum used when fixating the bone block in the test machine’s vise.
Three Periotest measurements were conducted at the designated locations for each implant in each phase but they were inconsistent even at the intial measurements (before applying any dynamic loads, differences of up to 10 Periotest units), even if the measuring device was anchored in a specially designed arm to eliminate user-dependent variations. The Periotest measurements after 1000 and 10,000 test cycles showed the same issue.
Although the initial testing protocol could only be carried out partially, it managed to prove the concept. The displacement of the abutment in relation to the implant body proved to be considerably increased in comparison with the standard (one-piece) implant. Its values were situated in the expected range.
Testing then continued to verify the validity of the implant concept. Implant P1 was tested statically, mounted in the same 30° angulation, with 3 mm of the implant being left above the test machine vise (not inserted in any bone block). (Testing device: Hounsfield, H10KT, with force cell No. 0198107, load capacity of 10.000 N), failing at 548 N and resisting up to 612 N (Figure 12). Testing for S1 was carried out as planned. S2 implant was also tested using the same protocol as P1 to compare results (Table 2).
The results for the second test stage showed improved results. During FEA, static testing was conducted in several positions of the implant (rotating the implant every 10° around its axis) and the variations in the implant’s components behavior was obvious. The results are mentioned in Table 3. These values are calculated at a portion of the abutment corresponding to the neck of the implant (Figure 13), the area of minimal resistances suggested by all our previous testing.
In this table, α: Angle that defines the orientation of the implant in relation to yOz plane; σech,max: Maximum von Mises stress during static analysis.
The difference from 298.5 to 374.1 MPa in the maximum stress represents a 25.3% increase, provided just by the difference in rotation of the implant, clinically obtained during the placement (screwing) of the implant in the alveolar bone. These stresses are calculated at a 300 N implant load. Increasing the implant loading will obviously increase the stress, resulting in large differences just due to the rotation of the implant.
The 30° rotation was considered for the following dynamic tests (fatigue), since it represented the worst case scenario, developing the highest stress values (374.1 MPa). The Wöhler curves (fatigue resistance) for each material (titanium alloy, latex, and Viton) are presented in Figure 14.
Comparing the information in Figure 14 and Figure 15 we can observe that the maximum von Mises stress developed under regular loading conditions (300 N) upon the implant and abutment is under the Wöhler curve for Grade 5 Titanium. This translates into the fact that the implant can work under such conditions for an unlimited period of time, a theory confirmed by the fatigue test results which suggest a lifespan of more than 10 million loading cycles (Figure 15).
The physical fatigue test was performed for three of the ten implants until this point. The rest are scheduled for testing in the following months. Even at this point, the results are very promising, since they are very similar to those of FEA. The first implant resisted at all the 5 million test cycles, without sustaining any damage. The testing stopped since the target was reached. The second implant test was stopped due to a power shortage which allowed the test arm of the machine to collapse on the cap of the implant, fracturing it, just after reaching 500,000 test cycles (Figure 16). Prior to that moment, the implant was not showing any signs of wear. For the third implant, faulty assembly was simulated, resulting in failure after 266,103 cycles. The early fracture was attributed to the incorrect position of the implant components. Implant No. 3 (Figure 5) did not have the screw fully tightened which translated into incomplete locking of the pins. The damage and the incorrect position of the screw are visible in Figure 17.
The rest of the fatigue tests will be carried out soon and similar results are expected. If all test parameters involving human error (faulty assembly) and machine error (power shortage) are removed, the “5 million” milestone should be reached for all the prototypes. Figure 18 shows a comparison between mechanical testing and FEA, with almost identical results, showing the same point of minimal resistance (implant No. 2). The implant would not have failed at 500,000 cycles under normal testing conditions.

Within the limitations of the present study, the conducted tests prove the efficiency of the prototype. Manufacturing dental implants and testing them by using classical means and also digital simulations helped improve the concept from the early stages until obtaining a functional prototype. The differences in implant mechanical properties were immense in the final tests compared to the initial ones.
After the first set of results, the project focused on improving the fatigue resistance of the implant in order to comply with the ISO 14801 standard. The intended 3D mobility was obtained but must be further tested and calibrated to get exact and 100% replicable results. The cushioning effect must be evaluated in vitro and in vivo afterwards. The microleakage at the IAJ must still be observed. The behavior of mixed support prosthetic restorations must be evaluated in vitro (mechanical testing and FEA) and especially in vivo afterwards.
The present study also analyzed the pros and cons of the digital testing methods in Oral Implantology and touched less-studied aspects, such as the considerable differences in maximum stress developed in the implant depending on rotation. Also, the importance of FEA and its limits are accurately depicted, validating its usage in the in vitro stages of implant development. In following (in vivo studies), if digital simulation methods are chosen to be used, their results must be interpreted with caution. FEA is a valuable tool in implant development and provides information impossible to obtain using classical testing methods. Nevertheless, it can only be used as an adjuvant to already validated methods and can never fully replace any of the established testing phases.
In conclusion, although some variables are yet to be eliminated and certain improvements are required, the present implant concept proved to be functional and represents a topic worth further research. Many more implant prototypes need to be manufactured and tested (in vitro and in vivo) before reaching a finite product. 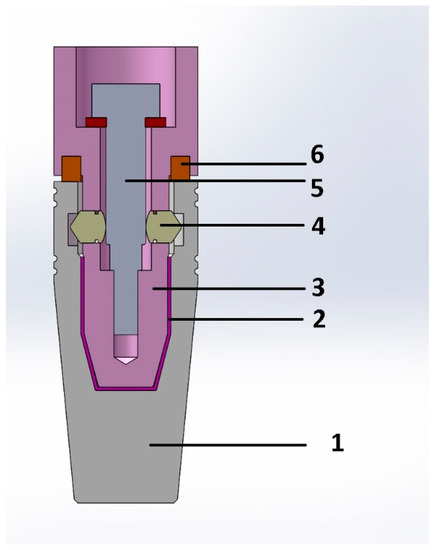 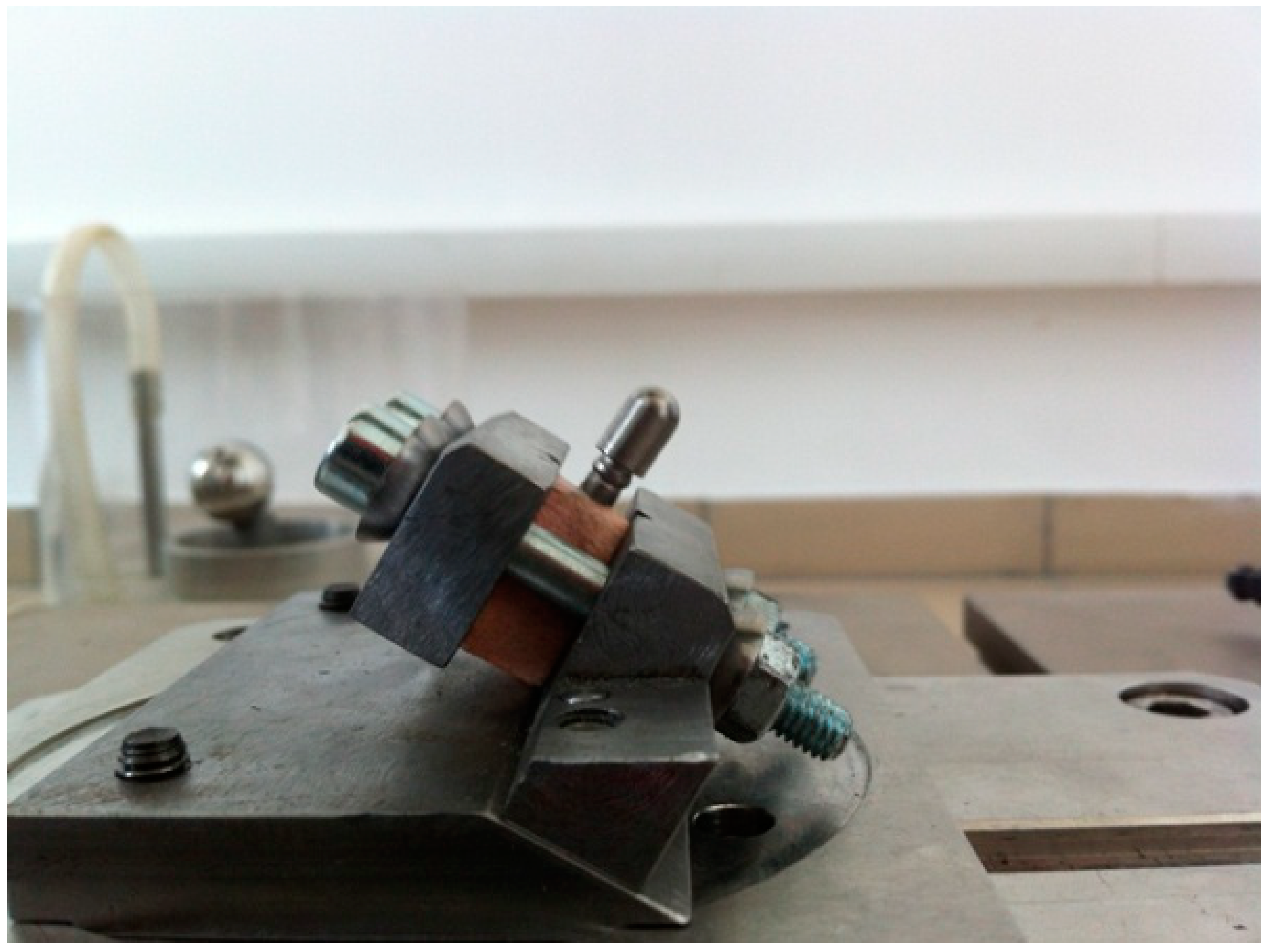 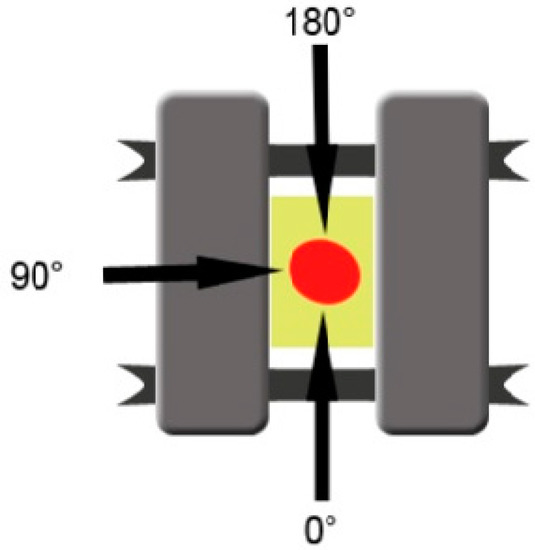 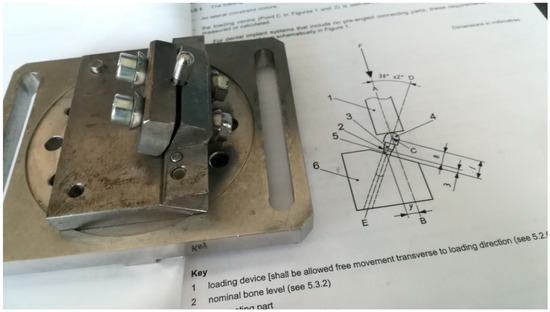 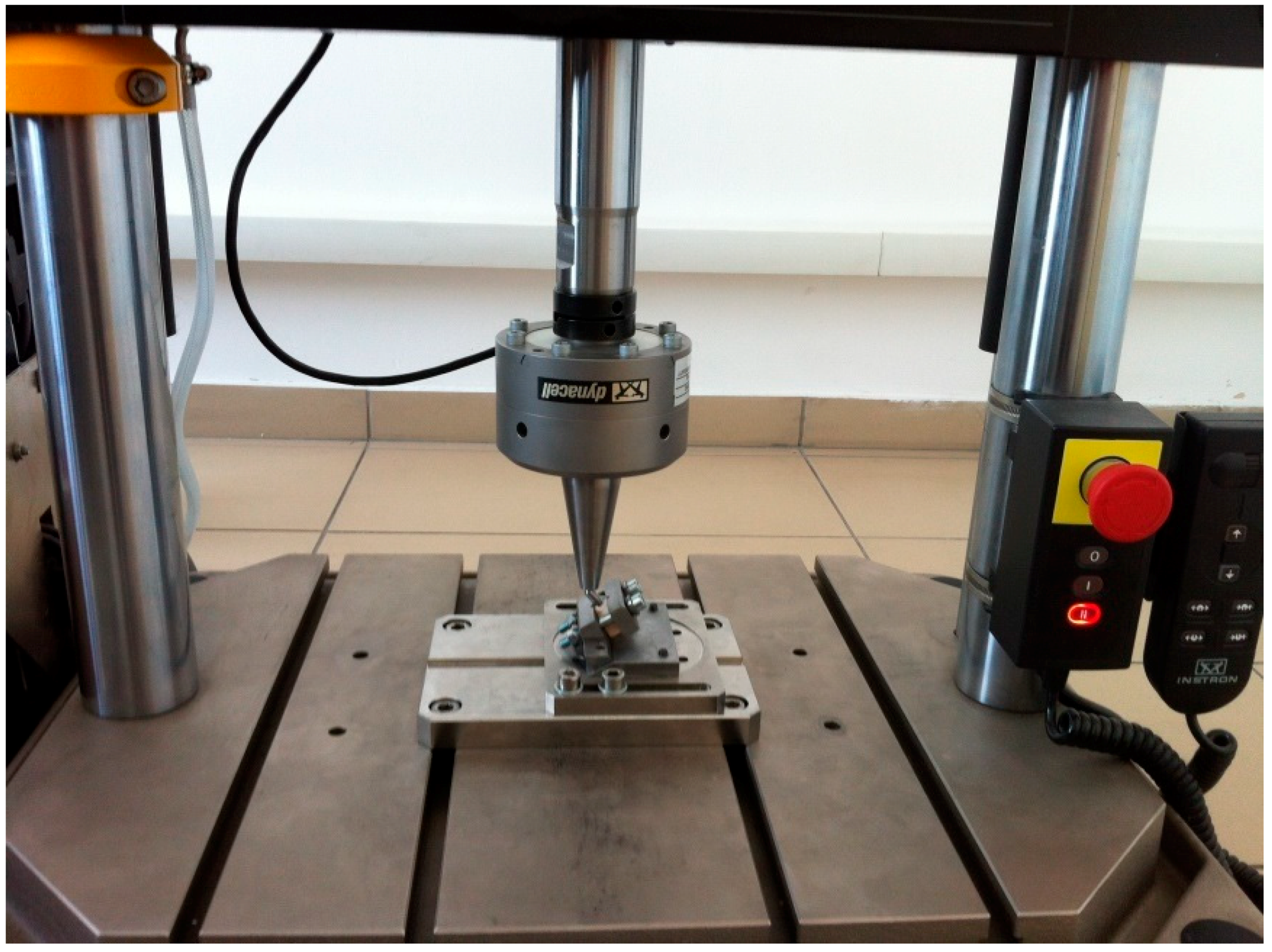 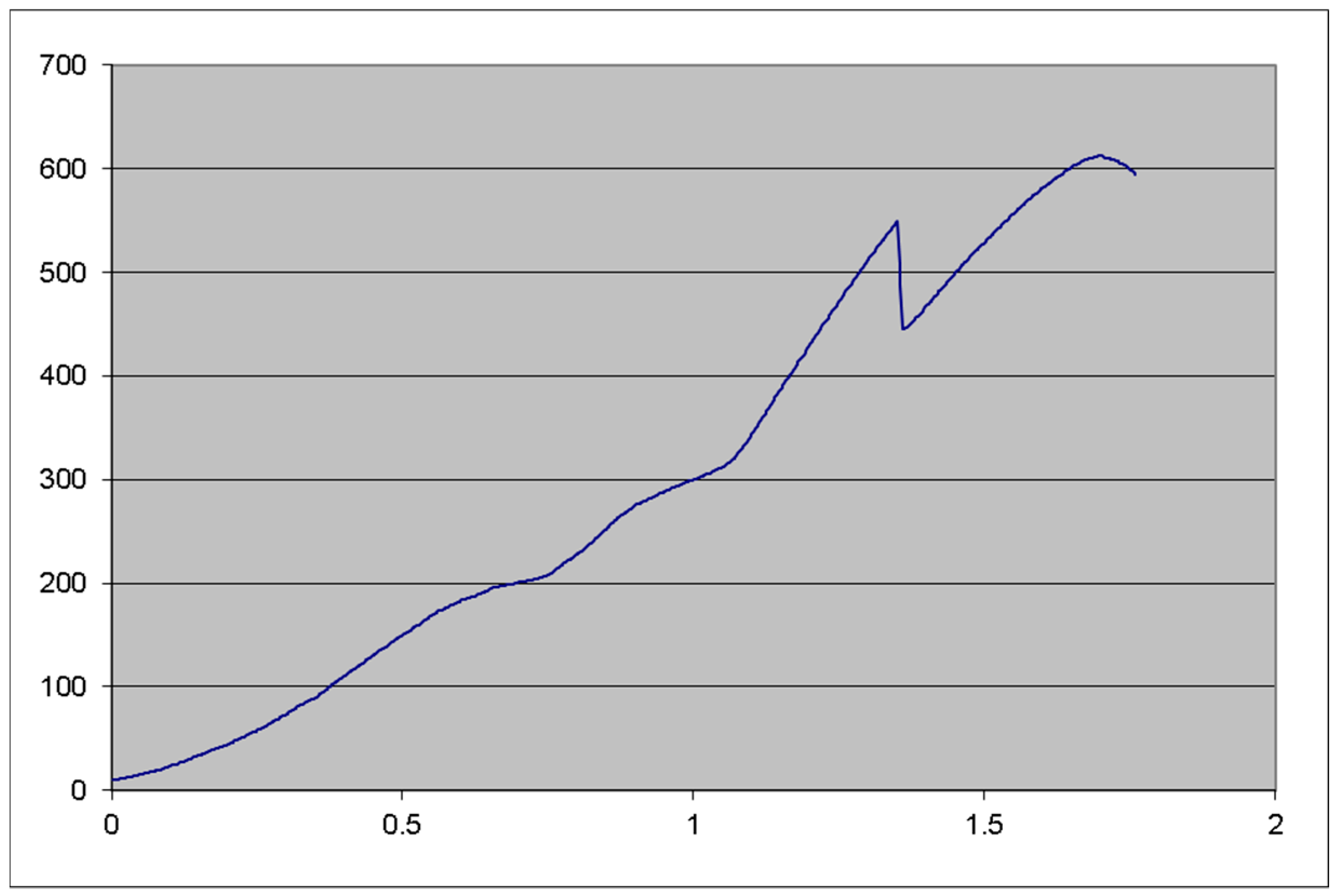 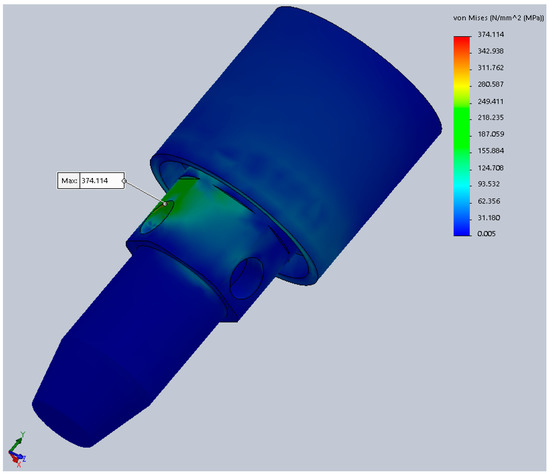 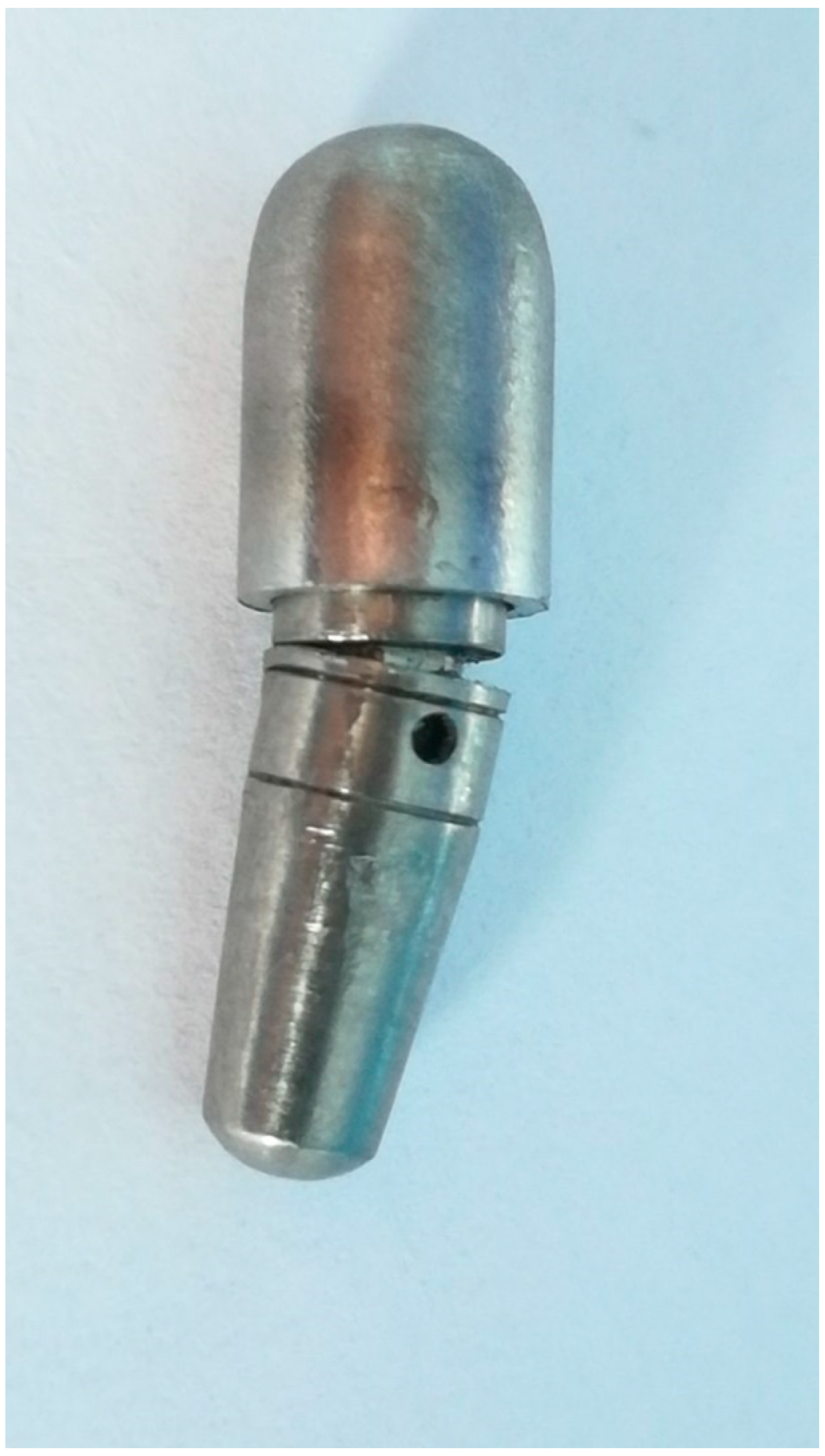