:
The paper presents a promising method of preparation of titanium-based foams by the thermal dealloying method. The first step of this study was the Ti-Ta-Mg based nanopowder preparation using the mechanical alloying (MA) process performed at room temperature. The next step was forming the green compacts by cold pressing and then sintering with magnesium dealloying from the titanium-based alloy structure. The mechanism of the porous structure formation was based on the removal of magnesium from the titanium alloy at a temperature higher than the boiling point of magnesium (1090 °C). The influence of the Mg content on the formation of the porous Ti-30Ta foam has been investigated. The sintering stage was performed in vacuum. During the dealloying process, the magnesium atoms diffuse from the middle to the surface of the sample and combine to form vapors and then evaporate leaving pores surrounded by the metallic scaffold. The porosity, the mechanical properties as well as biocompatibility have been investigated. The titanium-based foam of high porosity (up to 76%) and the pore size distribution from nano- to micro-scale have been successfully prepared. For the medical applications, the Ti-Ta metallic foams have shown a positive behavior in the MTT test. The as-shown results clearly exhibit a great potential for thermal dealloying in the preparation of porous structures.
Keywords:
titanium-based foams; mechanical alloying; thermal dealloying

Titanium based materials such as alloys, composites or even pure Ti are the most popular materials for hard tissue implants because of their excellent corrosion resistance, good mechanical properties and superior biocompatibility [1]. Titanium appears in two allotropic forms: Low temperature α and high temperature (above 882 °C) β with hexagonal and cubic crystal structures, respectively. By careful chemical composition and the elimination of toxic elements, it is possible to prepare alloys with excellent biocompatibility and mechanical properties. Alloys with the β structure are the preferred biomaterials because of a much lower Young’s modulus and better corrosion resistance compared to the commercially pure titanium or the most popular Ti-6Al-4V alloy.
Alloys with additions of Zr, Nb and Ta show good biocompatibility and these elements belong to the vital group in the tissue reaction (they belong to the non-toxic and non-allergic group of elements) [2,3,4,5,6]. The titanium alloys composed of such elements have been intensely developed for more than a decade [2,3,4,5,6,7,8,9]. There are many papers reporting on binary Ti-Ta [10,11,12,13,14,15,16] alloys. Tantalum has excellent corrosion resistance and appears to be a good alloying element to the titanium alloys. Ti-Ta binary alloys have recently attracted interest due to a good combination of high strength and low modulus [10]. For example, Ti-30Ta alloy has an elastic modulus of 77 GPa and the tensile strength of 713MPa [10].
One of the new methods of preparation of porous metals developed by our group is thermal dealloying of Mg. In the previous paper, we described the formation of a metallic foam by removing Mg during the sintering process and the development of a scaffold based on the tantalum-based alloys and composites [16,17]. In the current paper, we focus on the preparation and characteristics of Ti-Ta β alloys with a high content of magnesium. The alloys developed in this work will be used as precursors for the preparation of metallic foams/scaffolds. Such structures are characterized by high porosity of up to 70%. In order to achieve that in the process of thermal dealloying of magnesium, a relatively high Mg content in the precursor alloy is necessary. In this study, the authors prepared ternary alloys based on Ti-30Ta with 30–50 wt% of magnesium.

The nanostructured ternary alloys were prepared by mechanical alloying (MA) in an Spex SPEX 8000 Mixer Mill filled with argon gas. The ball to powder weight ratio (B/P) was 20:1. The composition of alloys was as follows: Ti-30Ta-(30 ÷ 50)Mg. The initial powders were: Ti – 325 mesh, purity 99.5%, Ta – 100 mesh, purity 99.98%, and Mg – 325 mesh, purity 99.8% (all from AlfaAesar). The process batch yield was defined as the ratio of the weight of the recovered powder and the weight of the starting powder measured using a precision balance (0.001 g repeatability). These measurements were performed in the glove box (LabMaster 130) filled with automatically controlled argon atmosphere (O2 < 2 ppm and H2O < 1 ppm).
The consolidation step was as follows: The powder after MA was portioned, placed into a steel die and uniaxially pressed at a pressure of 1000 MPa. The green compacts were 10 mm in diameter and 5–6 mm in height. The sintering/dealloying step was carried out in the tube furnace (Nabertherm, Lilentahl, Germany) at 1300 °C for 10.8 ks, in 10−2 Pa vacuum to remove the magnesium vapors from the material and prevent excessive oxidation. Then, the sinters were slowly chilled to the room temperature together with the furnace.

The phase constitution and the crystallographic structure of the Ti-based powders were analyzed by the X-ray powder diffraction (XRD) with Cu Kα radiation (Panalytical, Empyrean model, Almelo, Netherlands). The conditions of the XRD measurements were as follows: voltage 45 kV, anode current 40 mA, 2theta range 30°–90°, time per step 60.214 s, step size 0.0245°, λ = 1.54 Å.
The XRD data were used to calculate the average crystallite size and the lattice strain using the Williamson-Hall plot and the Panalytical HighScore 3.0a (Panalytical, Almelo, Netherlands) software. All computations, based on the XRD data, were made after subtracting the background and the peak fittings. The refinement of the diffraction data was performed using the Rietveld refinement technique with the Maud 2.91 software (by Luca Luttorotti, Univ. of Trento, Italy). The instrumental peak broadening was evaluated using an Si reference sample. The Marquardt Least Squares based on the Levenberg-Marquardt algorithm was used in order to minimize the difference between the experimental and the calculated patterns. The refinement analyses were carried out using space groups and crystallographic information from the Crystallography Open Database (β-Ti: COD 9012924).

A scanning electron microscope (SEM, Mira 3, Tescan, Brno, Czech Republic) was applied for the investigations of the morphology and the porosity of the sinters.
The microstructure of the obtained materials was studied by the CM 20 Super Twin (Philips, Amsterdam, Netherlands) transmission electron microscope (TEM) microscope providing 0.24 nm resolution at an acceleration voltage of 200 kV. The powders for the TEM observation were ultrasonically distributed in ethanol in the time of 60 s and one drop of such a suspension was transferred onto the EMS support film on the grids (square mesh standard thickness FF100–Cu 100 mesh).

The compressive strength and elastic moduli were measured using a 4483 Instron mechanical testing machine of the measuring range of up to 20 kN with a constant crosshead speed (the average strain rate of 0.001 s−1). The mechanical properties were measured on eight samples of each series. The Vickers hardness (HV) and the indentation modulus (EIT) were also measured at loading using the Picodentor HM500 (Fischer, Sindelfingen, Germany) nanoindentation tester. The indentations were made using a diamond indenter at the force of 300 mN for 20 s.

Normal human osteoblast (CC-2538) (NHost) and human periodontal ligament fibroblasts (CC-7049) (HPLF) (Lonza Group Ltd., Basel, Switzerland) were used for the in vitro cytocompatibility tests. The tests were obtained under static conditions. The samples were sterilized by autoclaving at 120 °C for 15 min and separately located in 24-well microplates. The cells were cultured at a concentration of 5000 cells/well in 1 mL of culture medium on each sample at 37 °C in a 5% CO2 incubator for 1, 3 and 4 days. The proliferation of the cells in the conditioned mediums was expressed as a percentage of the value of relative viability of the cells (RVC) of the reference medium. The pure bulk microcrystalline titanium samples were used for preparation of the reference medium.
The statistical significance was analyzed using Kruskal-Wallis One Way Analysis of Variance on Ranks with multiply repetition option SigmaStat 3.5 (Systat Software Inc., Erkrath, Germany) with U-Mann Whitney test. The significance level was p-value < 0.05.

In the paper, the authors have shown a development and characteristics of the Ti beta alloys contain a high content of magnesium. These new materials were the precursors for the preparation of titanium-based metallic foams using a new thermal dealloying technique. They will find application in the production of hard tissue implants. Based on this study, the following conclusions can be drawn: 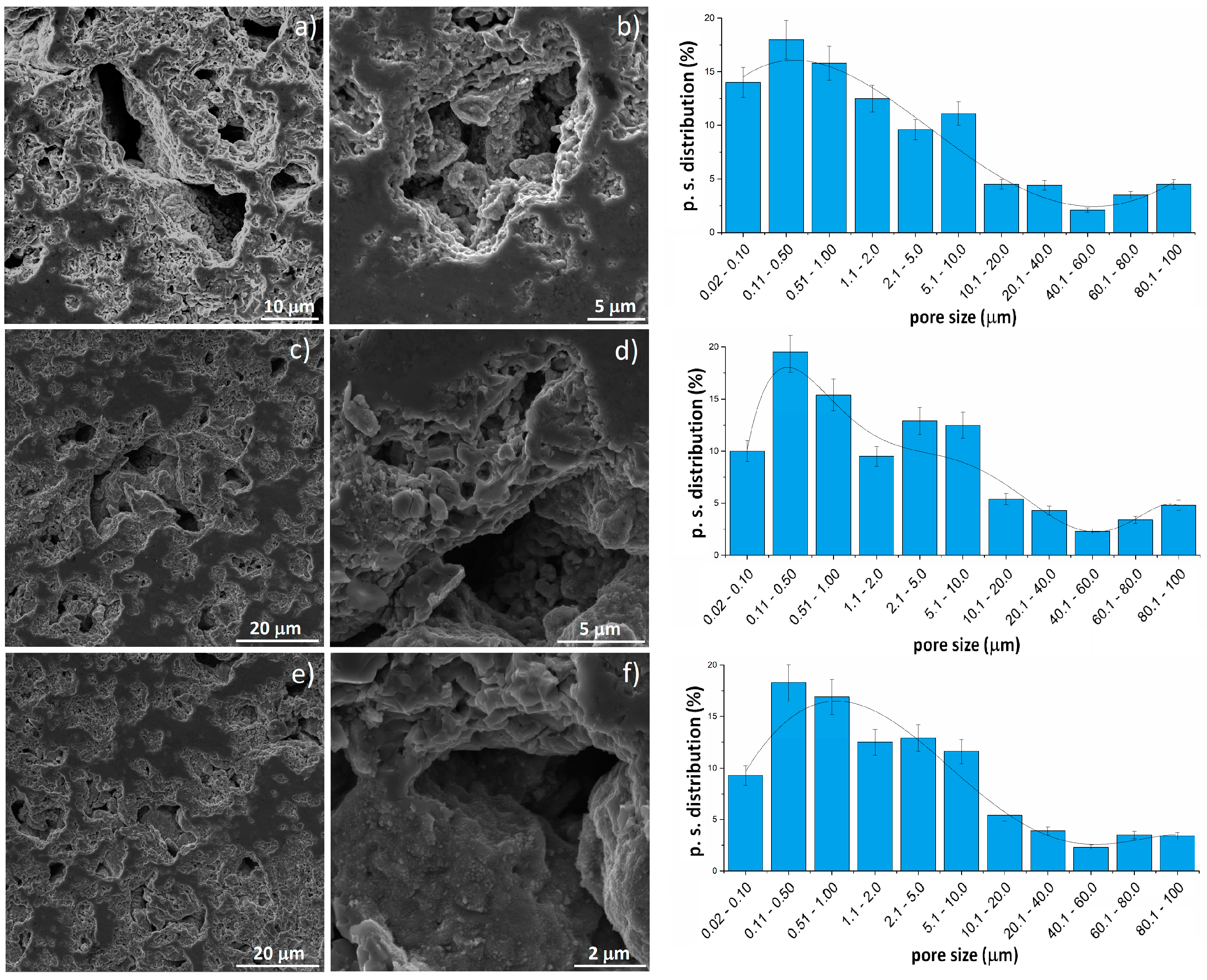