In this study, the use of nano-silica (nano-SiO2) and bentonite as mortar additives for combating reinforcement corrosion is reported. More specifically, these materials were used as additives in ordinary Portland cement (OPC)/fly ash blended mortars in different amounts. The effects of nano-silica and bentonite addition on compressive strength of mortars at different ages was tested. Accelerated corrosion testing was used to assess the corrosion resistance of reinforced mortar specimens containing different amounts of nano-silica and bentonite. It was found that the specimens containing nano-SiO2 not only had higher compressive strength, but also showed lower steel mass loss due to corrosion compared to reference specimens. However, this was accompanied by a small reduction in workability (for a constant water to binder ratio). Mortar mixtures with 4% of nano-silica were found to have optimal performance in terms of compressive strength and corrosion resistance. Control specimens (OPC/fly ash mortars without any additives) showed low early age strength and low corrosion resistance compared to specimens containing nano-SiO2 and bentonite. In addition, samples from selected mixtures were analyzed using scanning electron microscopy (SEM) and energy-dispersive X-ray spectroscopy (EDX). Finally, the influence of Ca/Si ratio of the calcium silicate hydrate (C-S-H) in different specimens on the compressive strength is discussed. In general, the study showed that the addition of nano-silica (and to a lesser extent bentonite) can result in higher strength and corrosion resistance compared to control specimens. Furthermore, the addition of nano-SiO2 can be used to offset the negative effect of fly ash on early age strength development. View Full-Text
Keywords: corrosion; cracking; nano-SiO2; bentonite; mass loss; durability corrosion; cracking; nano-SiO2; bentonite; mass loss; durability
►▼ Show Figures 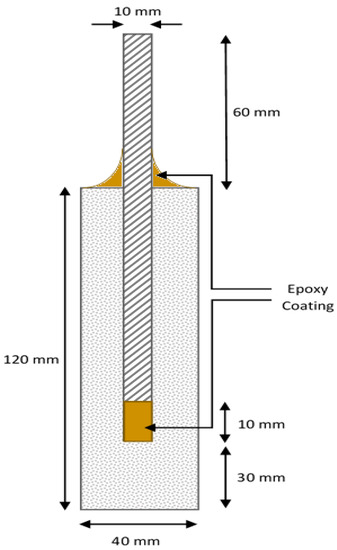