The interest in continuous fiber-reinforced thermoplastic composites is continuously increasing due to their inherent benefits compared with thermoset composites such as damage tolerance, high impact resistance, chemical and solvent resistance, unlimited shelf life, low storage costs, weldability, and recyclability [1,2,3]. Other key advantages of thermoplastic composites include the potential of fast in situ out-of-autoclave processing, by applying pressure and heat in one step, and the potential for automation with significant decrease of work time and costs [4,5]. For these reasons, fiber-reinforced thermoplastic composites are continuously replacing traditional materials like metals and wood in many applications [6,7]. On the other hand, one of the main problem of thermoplastic composites is the high viscosity of the molten matrix, which leads to a difficult impregnation of the fiber bundle. Many manufacturing processes for thermoplastic composites have been developed to solve the problem, and the use of a prepreg is commonly preferred in industrial practice [8].
A recent and promising application of thermoplastic matrix composites is in pipelines, especially in the offshore industry, where high corrosion resistance, high stiffness-to-weight ratio, and low maintenance costs are crucial. Moreover, the high strains to failure of thermoplastic matrices make thermoplastic composite pipes more flexible than traditional thermosetting composite pipes and suitable for deep-water applications [9,10]. Typical matrices used in the production of thermoplastic composite pipes are PolyEthylene (PE), PolyPropylene (PP), PolyAmide (PA), PolyVinylidene DiFluoride (PVDF), and PolyEther Ether Ketone (PEEK) [11,12,13]. To the authors’ knowledge, there are no studies on the use of reinforced Poly (Ethylene Terephthalate) (PET) for pipelines, although its excellent mechanical and thermal properties, good chemical resistance, and barrier properties make PET a very suitable matrix for manufacturing composite pipes.
Composite pipes are usually produced by filament winding, which, in the case of thermoplastic matrix composites, requires a well-designed modification in order to lay up and consolidate the plies usually by means of fusion bonding which involves the application of heat and pressure [14,15,16]. The heat source used for melting the thermoplastic matrix plays a key role in the efficiency of the process, the final quality of the parts, and the processing costs [14,17]. Among the bonding techniques used for thermoplastic matrix composites, ultrasonic welding is very attractive for composite processing and joining, since it is characterized by a low-energy input, highly localized heating, very short welding times, and ease of automation [18,19,20]. During ultrasonic welding, the parts to be joined are held together under pressure and subjected to ultrasonic vibrations in the 20–40 kHz range [21,22]. The heat is produced at the joint interface through a combination of surface and intermolecular friction which leads to matrix melting. The use of ultrasound for automated fiber placement has been recently proposed as an alternative to hot gas torch, laser, and infrared heating [23]. Moreover, ultrasonic wave propagation has the potential for online process monitoring [24,25].
The authors have recently proposed an ultrasonic assisted filament winding technology for commingled E-glass/Polypropylene rovings [26]. In the present work, a different matrix and a different preform, consisting in unidirectional reinforced tape, has been studied. According to the literature, the use of preformed tape should reduce the consolidation times caused by the high viscosities of thermoplastic melts [27]. The aim of the present work is to evaluate the potential of preformed thermoplastic matrix composite tapes for the manufacturing of composite pipes by filament winding assisted by in situ ultrasonic welding. The idea underlying the proposed technology is to overcome some critical issues associated to in situ consolidation, such as the temperature control, considering the high temperature needed for matrix melting, and fiber deposition on curved surfaces. The proposed technology can also find application in composite repair and piping joining. Unidirectional tapes of E-glass reinforced amorphous poly (ethylene terephthalate), named LPET, have been laid up and consolidated in a filament winding machine modified with a set-up enabling ultrasonic welding. A preformed tape, instead of the commingled roving used in the previous work, has been used. The composite pipes have been characterized by morphological and dynamic mechanical analysis and void content evaluation in order to find the optimum welding parameters.

2.1. Equipment for Lay-Up and Ultrasonic Welding

The developed set-up for continuous ultrasonic welding of thermoplastic tape was a filament winding machine, produced by VEM SpA (Italy), with two degrees of freedom: the rotation of the metal mandrel and the translation of the carriage. The machine was modified with the integration of an ultrasonic horn and a steel roller for compacting the overlapping layers. The titanium ultrasonic horn was fixed on the steel frame of the filament winding machine. The horn was connected with the power generator, model ELMD 20 produced by SONIC Italia (Italy), characterized by a maximum power of 2000 W and a work frequency of 20 kHz. The contact force between the horn and welding partners was controlled by compressed air.
As reported in Figure 1a, the E-glass/LPET tape, unwound from the spool (1), went through the tensioning system (2). At the nip point on the mandrel, the tape was in contact with the ultrasonic horn (3), which simultaneously applied pressure and ultrasonic energy. After the ultrasonic heating, welding was completed through a compaction roller (4) which applied further pressure to the tape. Hoop winding was set (with an angle of 87.6°) in order to produce a pipe with fibers oriented in the hoop direction. The sonotrode diameter (40 mm) was larger than the tape width (19 mm), allowing the side welding of each tape with the adjacenttape, as reported in Figure 1b. Different mandrel speeds, ranging between 0.13 rad/s and 0.52 rad/s, were used to consolidate the composite pipe.

The material used was a pre-consolidated unidirectional tape, produced by COMFIL Aps (Denmark), made of E-glass fibers and amorphous poly (ethylene terephthalate), LPET, with a fiber volume content of 42%. The tape had a nominal width of 19 mm and a thickness of 0.8 mm. The thermal properties of the thermoplastic matrix, not indicated in the technical datasheet, were determined by differential scanning calorimetry using an 822e DSC (Mettler-Toledo SpA, Novate Milanese, Italy) calorimeter through a dynamic scan from 25 °C to 280 °C at 1 °C/min. The thermal degradation of LPET was analyzed by thermogravimetric analysis in air, using a TGA 1 (Mettler-Toledo SpA, Novate Milanese, Italy), from 25 °C to 800 °C at 10 °C/min.
Preliminary to pipe consolidation, ultrasonic spot welding was performed to obtain ultrasonic welded and consolidated specimens in a single lap shear configuration according to ASTM D1002 [28]. The scheme of ultrasonic spot welding is shown in Figure 2. Single lap shear tests were performed with the aim of determining the effect of welding time and pressure. A Lloyd 5 KN (Lloyd Instruments Ltd., Bognor Regis, UK) was used with a crosshead speed of 1.3 mm/min.

The composite pipes produced by ultrasonic-assisted filament winding at different mandrel speeds were characterized by density measurements, dynamic mechanical analysis and morphological analysis. The density of specimens taken from consolidated pipes was experimentally determined according to the ASTM D792 standard [29]. For each kind of sample, the obtained value was the average of ten specimens with dimensions of 30 × 20 mm2. The density of unconsolidated tape was also measured as a reference value. The theoretical density was calculated by the rule of mixtures assuming a density of glass fibers and LPET equal to 2.54 g/cm3 [30] and 1.38 g/cm3 [31], respectively.
The void content, φ, was obtained by Equation (1) according to the ASTM D2734-03 Standard [32]: where ρct and ρcr were the theoretical and measured density of the composite specimens, respectively.
Dynamic Mechanical Analysis (DMA) was used to measure the storage and loss component of complex shear modulus G12* on specimens taken from consolidated pipes. The specimens were tested in torsion mode on an ARES rheometer (TA Instruments, New Castle, DE, USA). For each pipe consolidated at a different mandrel speed, five samples were cut at 90° with respect to the fiber direction, with dimensions equal to 30 × 10 × 1.6 mm3. Specimens of unconsolidated tape were also measured as a reference value. Specimens were tested at 1 Hz upon heating from 30 °C to 250 °C at a heating rate of 2 °C/min under a shear strain of 1%. The use of samples cut at 90° to the fiber direction, done so in order to measure a matrix dominated property (G12), allowed to better highlight the effect of processing conditions on welding and consolidation. The limited specimen curvature of samples cut at 90° was negligible, considering that the thickness of the specimens (0.8 mm) was much lower than the mandrel radius, 75 mm. Samples cut parallel to fibers would result strongly curved, and their properties would be less affected by the fabrication process.
Small samples cut from consolidated E-glass/LPET specimens and as received tape were observed by a ZEISS EVO 40 (Carl Zeiss AG, Oberkochen, Germany), Scanning Electron Microscope (SEM), operating with an accelerating voltage of 20 kV at variable air pressure in the measuring chamber.

An experimental set-up, integrating a laboratory filament winding machine with an ultrasonic welder, was used to lay up and consolidate a composite pipe by in situ ultrasonic welding of a preformed thermoplastic matrix composite tape. During the winding, a thermoplastic tape was simultaneously in contact with the mandrel and the horn. The horn was able to melt the matrix locally and to apply a pressure on the consolidating material.
The obtained physical, mechanical, and microstructural results confirm the reliability of the proposed technology for the in situ consolidation of thermoplastic semi-preg during filament winding.
The choice of a glass-reinforced tape allowed a good consolidation, both due to perfect matching of the tape during the winding and an excellent propagation of ultrasonic waves during the consolidation.

The equipment for lay-up and ultrasonic welding has been patented “Method for the production of composite materials and its applications for the manufacture of products and components in composite materials”, F. Lionetto, F. Montagna, A. Maffezzoli, IT patent number 1420575, 2016.

Donato Cannoletta and Annamaria Spagnolo of Department of Engineering for Innovation are kindly acknowledged for the SEM measurements and specimen preparation. 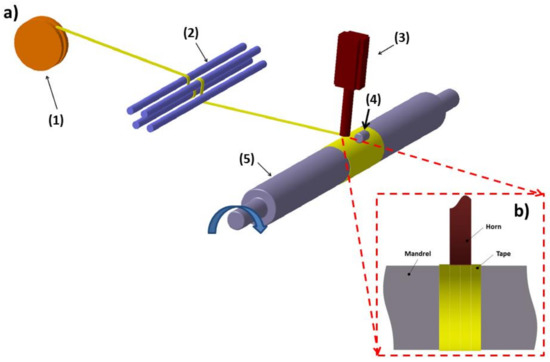 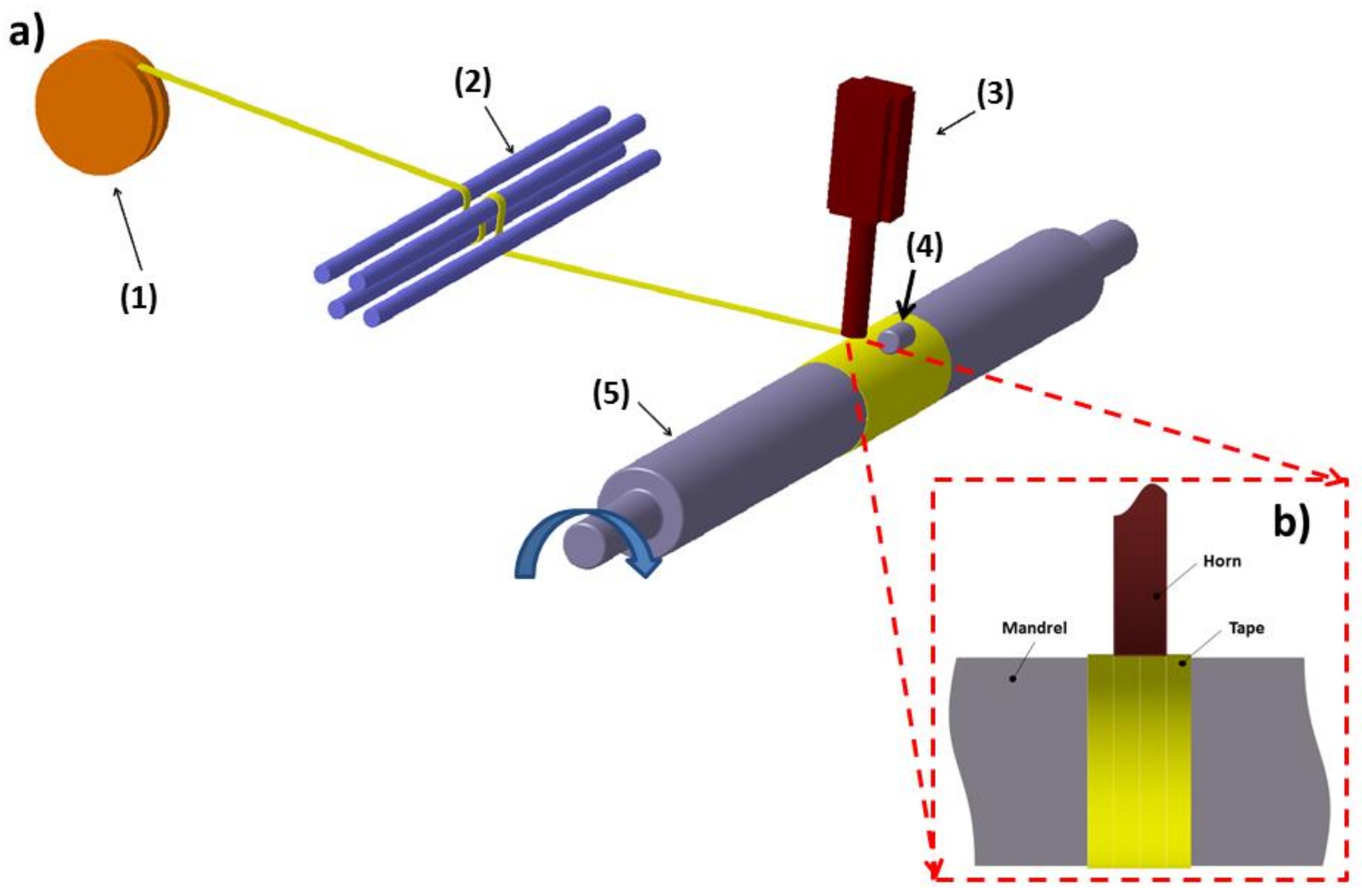 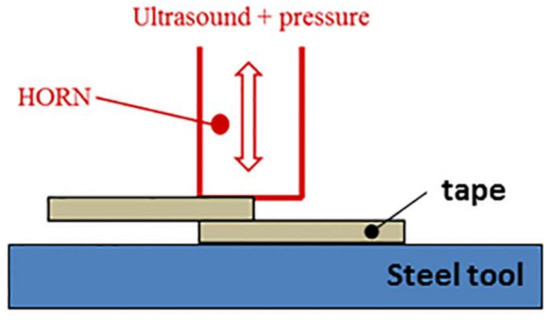 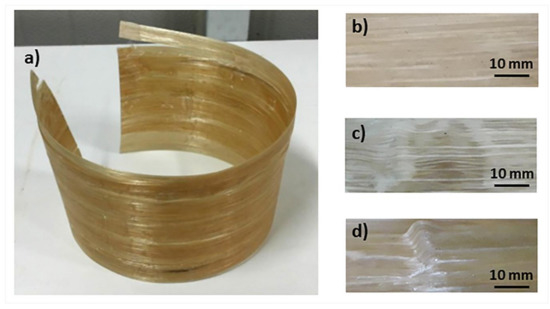 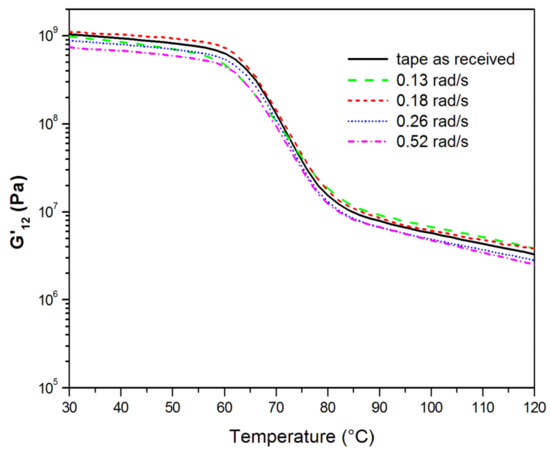 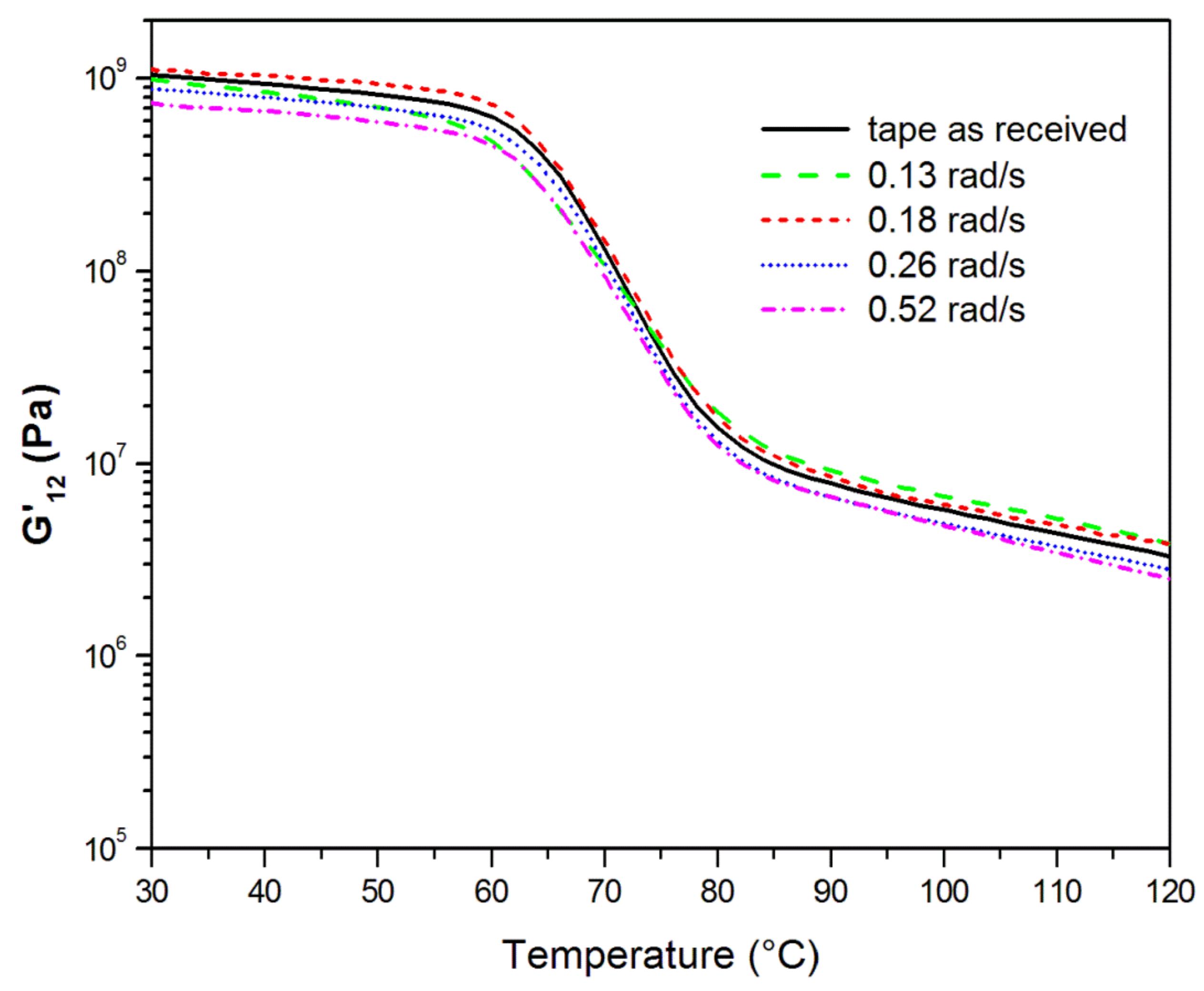 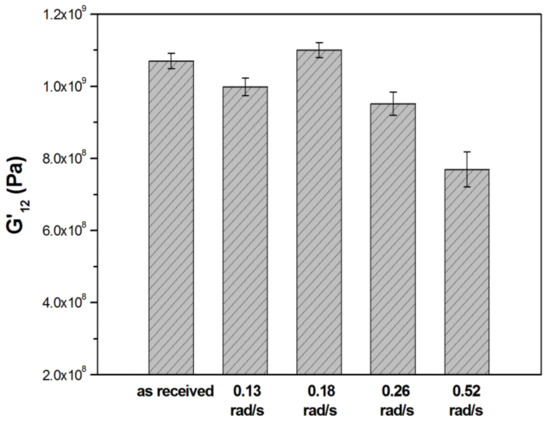 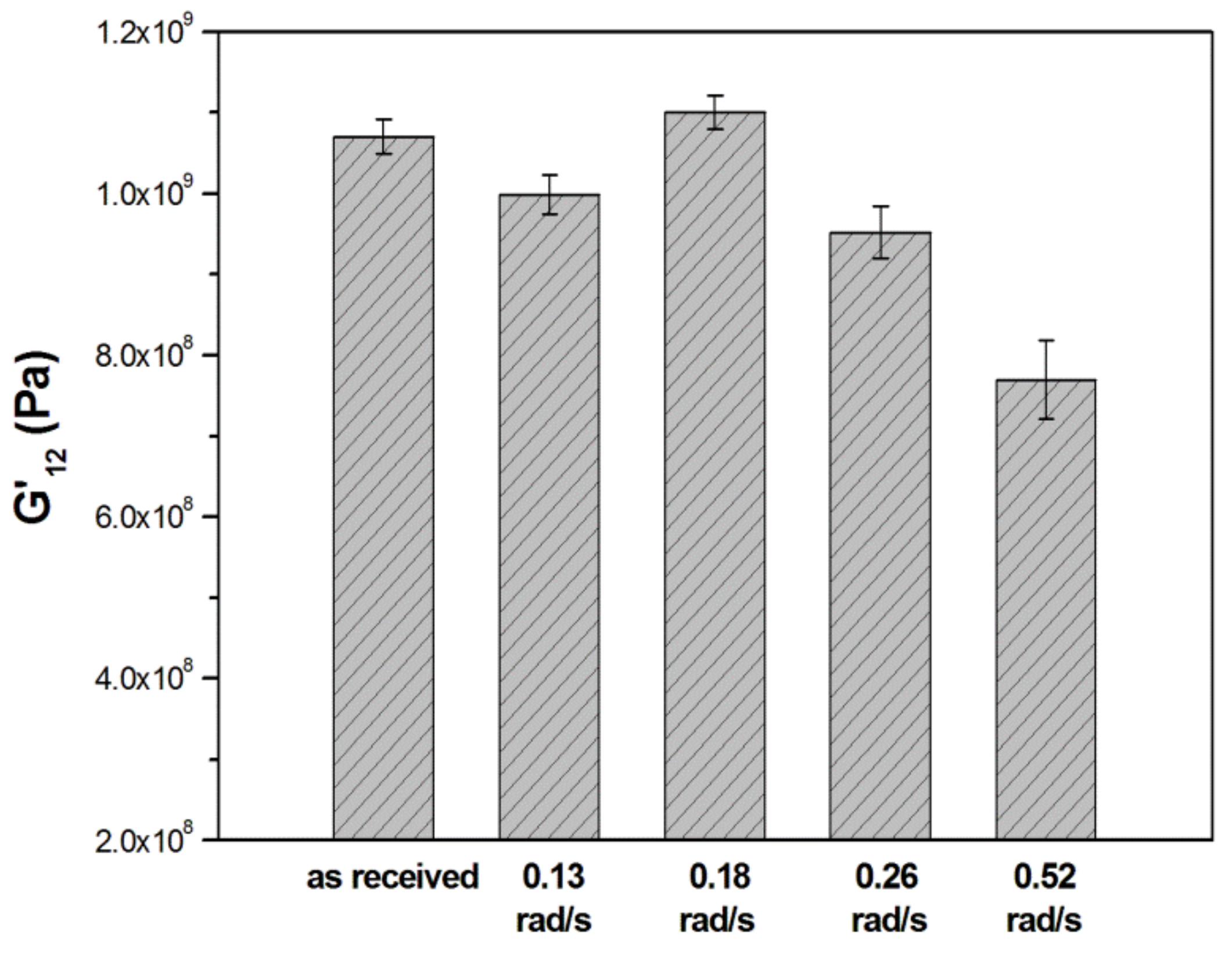 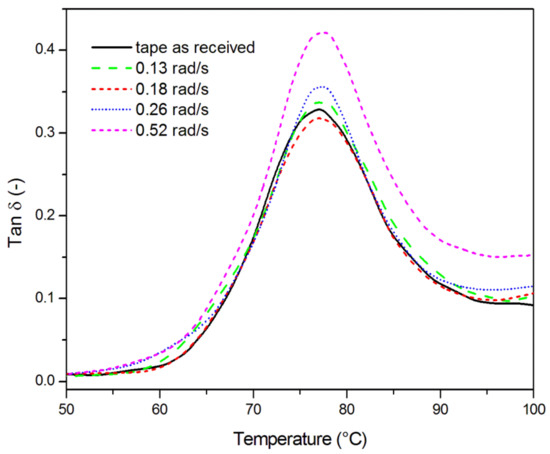 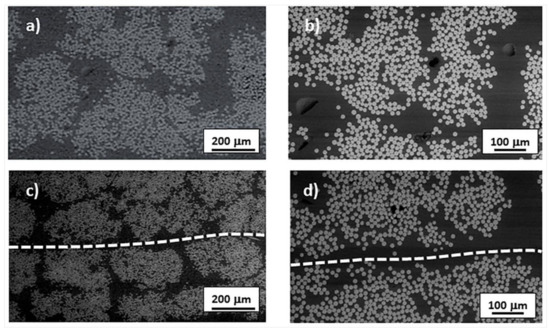 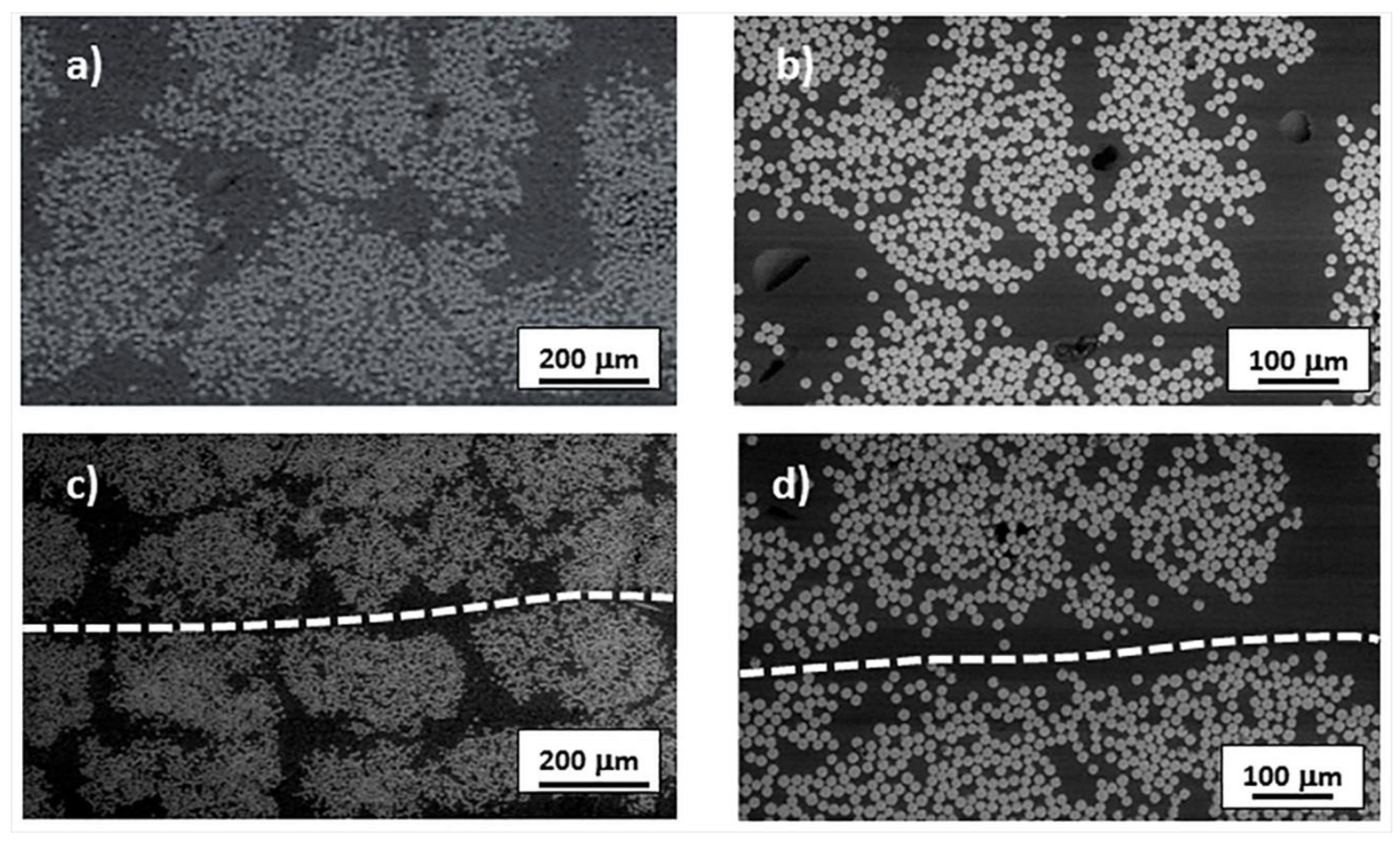 Table 2. Theoretical shear modulus of unidirectional E-glass/LPET tape.
Table 2. Theoretical shear modulus of unidirectional E-glass/LPET tape.
© 2018 by the authors. Licensee MDPI, Basel, Switzerland. This article is an open access article distributed under the terms and conditions of the Creative Commons Attribution (CC BY) license (http://creativecommons.org/licenses/by/4.0/).
We use cookies on our website to ensure you get the best experience. Read more about our cookies here.
Accept
We have just recently launched a new version of our website. Help us to further improve by taking part in this short 5 minute survey here. here.
Never show this again