While the rule of mixture is applicable for addressing the overall Poisson’s ratio of a concentrically aligned bi-layered rod under longitudinal loading, the same cannot be said for this rod under torsional loading due to the higher extent of deformation in the rod material further away from the torsional axis. In addition, the use of adhesives for attaching the solid inner rod to the hollow outer rod introduces an intermediate layer, thereby resulting in a tri-layered concentric rod if the adhesive layer is uniformly distributed. This paper investigates the effect of the adhesive properties on the overall auxeticity of a rod consisting of two concentrically aligned cylindrical isotropic foams with Poisson’s ratio of opposite signs under torsional loads. An indirect way for obtaining Poisson’s ratio of a concentrically tri-layered rod was obtained using a mechanics of materials approach. Results show that the auxeticity of such rods is influenced by the adhesive’s stiffness, Poisson’s ratio, thickness, and radius from the torsional axis. View Full-Text
Keywords: adhesive; auxetic; concentric cylinders; foam; torsion; tri-layered adhesive; auxetic; concentric cylinders; foam; torsion; tri-layered
►▼ Show Figures 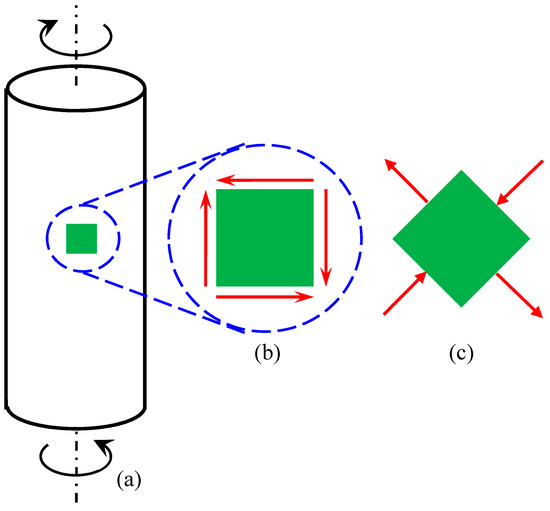