Investigation the Corrosion Inhibition Effect of Itraconazole on Copper in H2SO4 at Different Temperatures: Combining Experimental and Theoretical Studies
Previous Article in Journal

David A. Worsley
and

This work demonstrates a sequential deposition of lead iodide followed by methylammonium iodide using the industrially compatible slot-die coating method that produces homogeneous pin-hole free films without the use of the highly toxic dimethylformamide. This is achieved through the careful selection and formulation of the solvent system and coating conditions for both the lead iodide layer and the methylammonium iodide coating. The solvent system choice is found to be critical to achieving good coating quality, conversion to the final perovskite and for the film morphology formed. A range of alcohols are assessed as solvent for methylammonium iodide formulations for use in slot-die coating. A dimethylsulfoxide solvent system for the lead iodide layer is shown which is significantly less toxic than the dimethylformamide solvent system commonly used for lead iodide deposition, which could find utility in high throughput manufacture of perovskite solar cells.
Keywords: perovskite; slot die; sequential; dimethylsulfoxide; lead iodide; coating perovskite; slot die; sequential; dimethylsulfoxide; lead iodide; coating

Device fabrication was performed in a humidity controlled (30% relative humidity) clean-room (class 7) environment. Devices were fabricated on fluorine doped tin oxide (FTO) coated glass substrates with a device stack of spray coated compact titanium dioxide blocking layer, slot-die coated mesoporous titanium dioxide scaffold, slot die coated lead iodide layer converted to perovskite using methylammonium iodide by either dip or slot die coating followed by spin coated spiro-MeOTAD hole transport material and evaporated gold top contacts.
FTO glass (TEC8) substrates were etched using tape to define electrode areas, zinc powder and hydrochloric acid to remove FTO and rinsed with deionised water then cut into 15 cm by 5 cm sections. Substrates were further cleaned sequentially with acetone, dilute Hellmanex, deionised water and 2-propanol (isopropyl alcohol, IPA).
The compact titanium dioxide blocking layer formulation was made up by dilution of a solution of titanium diisopropoxide bis(acetylacetonate) (Sigma-Aldrich) in IPA. The layer was spray coated on substrates held at 300 C then cooled to room temperature before deposition of the mesoporous scaffold.
A bench-top slot-die coating unit, with in-line forced hot air oven, positioned in a fume-hood was used for coating. The slot-die coating head had a coating width up to 100 mm, patterned shims were used to define coated areas and corresponding meniscus guides [47] were used with the slot-die head to help form the meniscus between the slot-die head lips and substrate, the meniscus guide tab length was 1 mm. The gap height between the meniscus guide and substrate was set using feeler gauges and micrometer adjustment screws and set to as close to 50 m as possible for each coating.
The mesoporous titanium dioxide layer was deposited using slot-die coating, the formulation was made up by dilution of DSL-18NRT titanium dioxide paste (Dyesol) with 1-butanol [41]. The formulation was stirred constantly to avoid agglomerations and filtered using 0.45 m pore size regenerated cellulose syringe filters directly before use. The slot-die coated layer was deposited at a coating speed of 0.1 m·min and a pump rate of 0.035 mL·min over a coating width of 3.5 cm made up of two 1.75 cm stripes, giving an approximately 10 m wet film thickness. The layer was dried on a hot plate at 140 C (10 min) to remove residual solvent then 325 C (10 min) to burn off organic materials followed by a 550 C sinter for 30 min.
The lead iodide layer was deposited by slot-die coating from a formulation of lead iodide (Sigma Aldrich 99%) 20 wt% in either DMF or DMSO (Sigma Aldrich, Anhydrous). The slot-die coated films were coated in air at 1.0 m·min with a pump rate of 0.35 mL·min, over a width of 3.5 cm made up of two 1.75 cm stripes. Then directly dried in the coating machines in-line oven unit with an oven temperature of approximately 105 C (verified with thermocouples attached to substrate) over a distance of approximately 30 cm with a line speed of 0.1 m·min, to remove excess solvent, before being moved in to a fan oven and dried for a further 7 min at 100 C.
Formation of perovskite was achieved by either dip coating or slot-die coating with solutions of methylammonium iodide (MAI) (Dyesol). For dip coating the lead iodide films were submerged in a tray of MAI 10 mg·mL in IPA for 30 min, followed by drying at room temperature and then carefully being rinsed with IPA from a wash bottle, then drying again at room temperature and then dried in a fan oven at 90 C for 10 min. Solutions for slot-die coated MAI were made up with IPA, methanol, ethanol or 1-butanol at 35 mg·mL and coated at a speed of 1 m·min over a width of 3.5 cm with a pump rate of 0.7 mL·min, giving an approximately 20 m wet film thickness. The films were then allowed to dry at room temperature to remove excess solvent followed by drying in a fan oven at 90 C for 8 min then allowed to cool to room temperature before being carefully rinsed with IPA, followed by drying at room temperature then drying again at 90 C in a fan oven for 2 min.
The hole transport material spiro-MeOTAD (75 mg·mL in chlorobenzene, with 10 L 4-tert-Butylpyridine and 20 L 600 millimolar Bis(trifluoromethane)sulfonimide lithium salt in acetonitrile per millilitre of solution) was spin coated at 2000 RPM for 45 s in a nitrogen filled glove-box, films were left overnight in air in a sealed box with desiccant to promote oxidation of the film [73,74].
Top contacts of gold were prepared by thermal evaporation under vacuum, using a shadow mask to define pixel areas. Conductive silver paste was applied to pixel contact areas to improve contact with pins on the device testing jig.
Cells for shelf-life tests were encapsulated using a UV curable adhesive (Ossila) and glass cover slip with a piece of Kapton tape to protect the hole transport material and perovskite layer from the adhesive before curing, the adhesive was cured by placing under a solar simulator for 10 min. The devices were stored in the dark in a sealed box with desiccant.

Current-voltage testing of devices was performed using a Keithley 2400 source measure unit and an Oriel solar simulator as light source (class AAA Newport Oriel Sol3A) calibrated to AM1.5 one sun equivalent intensity using a reference cell fitted with a KG5 filter (Newport Oriel 91150-KG5). Cells were masked to 0.09 cm for photovoltaic testing. Current-voltage curves were collected for both reverse and forwards sweep directions between 1.1 and −0.1V at a scan rate of approximately 0.15 Vs, in two-wire mode, 5 s of light soaking at open circuit was applied to the cell before scanning.
Viscosity measurements were made using a Malvern Bohlin Gemini 200 Nano HR rheometer, equipped with a temperature controlled stage, across a range of shear rates, all inks were found to be Newtonian at the shear rates used and viscosity is quoted as the value found for a shear rate of 25. Surface tension measurements were made using a FTA32 system and Pendant Drop Shape fitting routine. Scanning Electron Microscopy (SEM) images were collected on Jeol JSM-7800F field emission gun electron microscope, adjusting the working distance around 10 mm and using acceleration voltages of 5 or 15 kV. X-ray diffraction (XRD) spectra were collected using a Bruker D8 Discover instrument with a CuK beam at 40 kV and 40 mA.

This work demonstrates that for sequential deposition of the perovskite layer by slot-die coating the choice of solvent and coating conditions is critical. For the lead iodide layer the coating quality and device performance can be improved by changing the solvent system. As such, the use of the non-toxic solvent DMSO is demonstrated and leads to high performance devices, this is important in the development of safe and cost effective scalable manufacturing processes for perovskite solar cells.
The choice of solvent system for the coating of the MAI layer has been shown to be critical to achieving conversion of the lead iodide layer to perovskite and achieving high performance. The use of ethanol as the solvent system for slot-die coated layers leads to devices with performance approaching those produced using the conventional dip coating method. Combined with an improved lead iodide coating method using a substrate pre-heated to 100 C, which results in lead iodide films more readily converted to perovskite when slot-die coated with MAI, devices with both lead iodide and MAI slot-die coated have been shown to achieve performance equivalent to that with dip coated MAI.
Further improvements to the quality of the perovskite layer will be necessary to achieve higher performance similar to that of spin coated devices and moving towards a viable manufacturing process. Improving the grain size and reducing grain boundaries of the perovskite would likely help this [66] and further optimisation of the MAI (or alternative cation) formulation and coating conditions is a potentially interesting area of research for achieving this. When transitioning the process to a roll-to-roll coating setting the low volatility of DMSO is a possible hindrance to being able to coat at high line speeds without requiring long oven path lengths, so designing formulations for the sequential deposition process that dry more rapidly (but maintain the low toxicity of the solvent system) or developing other rapid drying techniques is of considerable importance.

D.B. carried out experimental work and wrote the manuscript, J.S. designed and built the J.V. testing hardware an software, D.A.W. and T.W. directed the research and help draft the manuscript. All authors gave final approval for publication.

This work was supported by the Engineering and Physical Sciences Research Council (EPSRC) through the Self-assembling Perovskite Absorbers Cells Engineered into Modules project (EP/M015254/2) and the SPECIFIC Innovation and Knowledge Centre (EP/N020863/1). The authors would also like to express their gratitude to the Welsh Government for their support of the Sêr Solar programme. 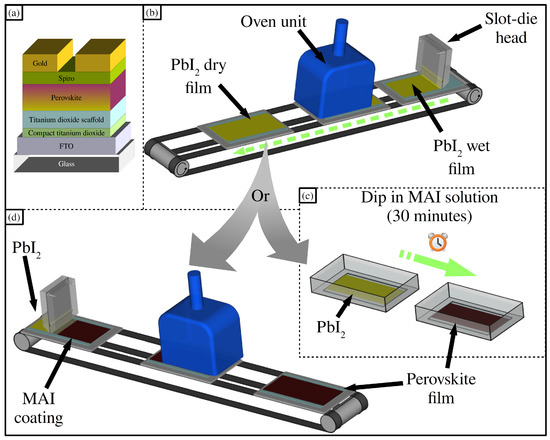 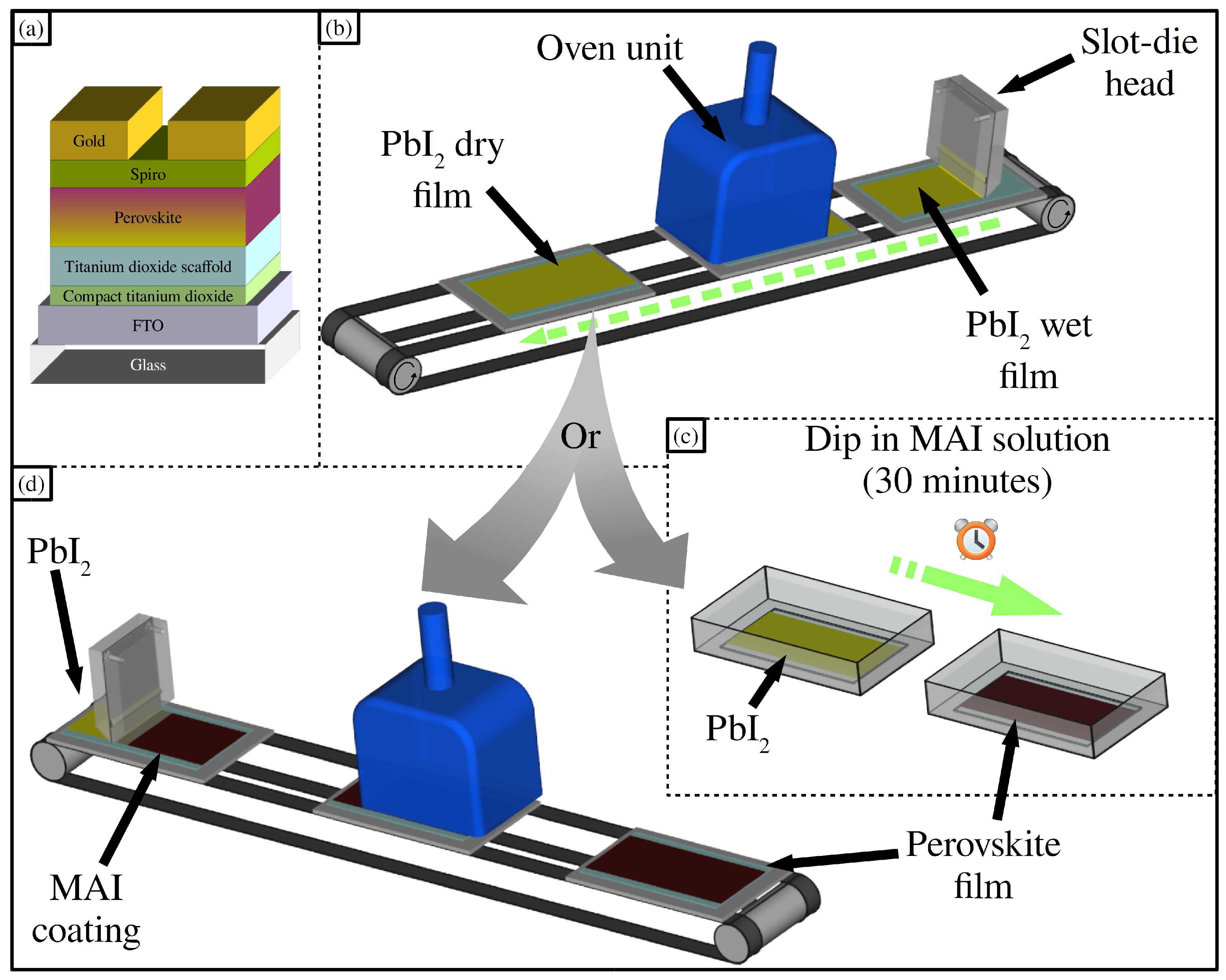 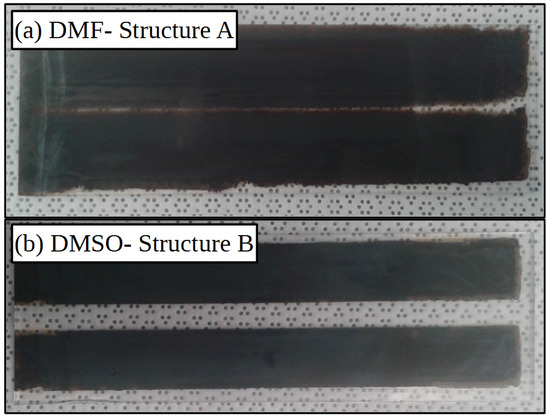 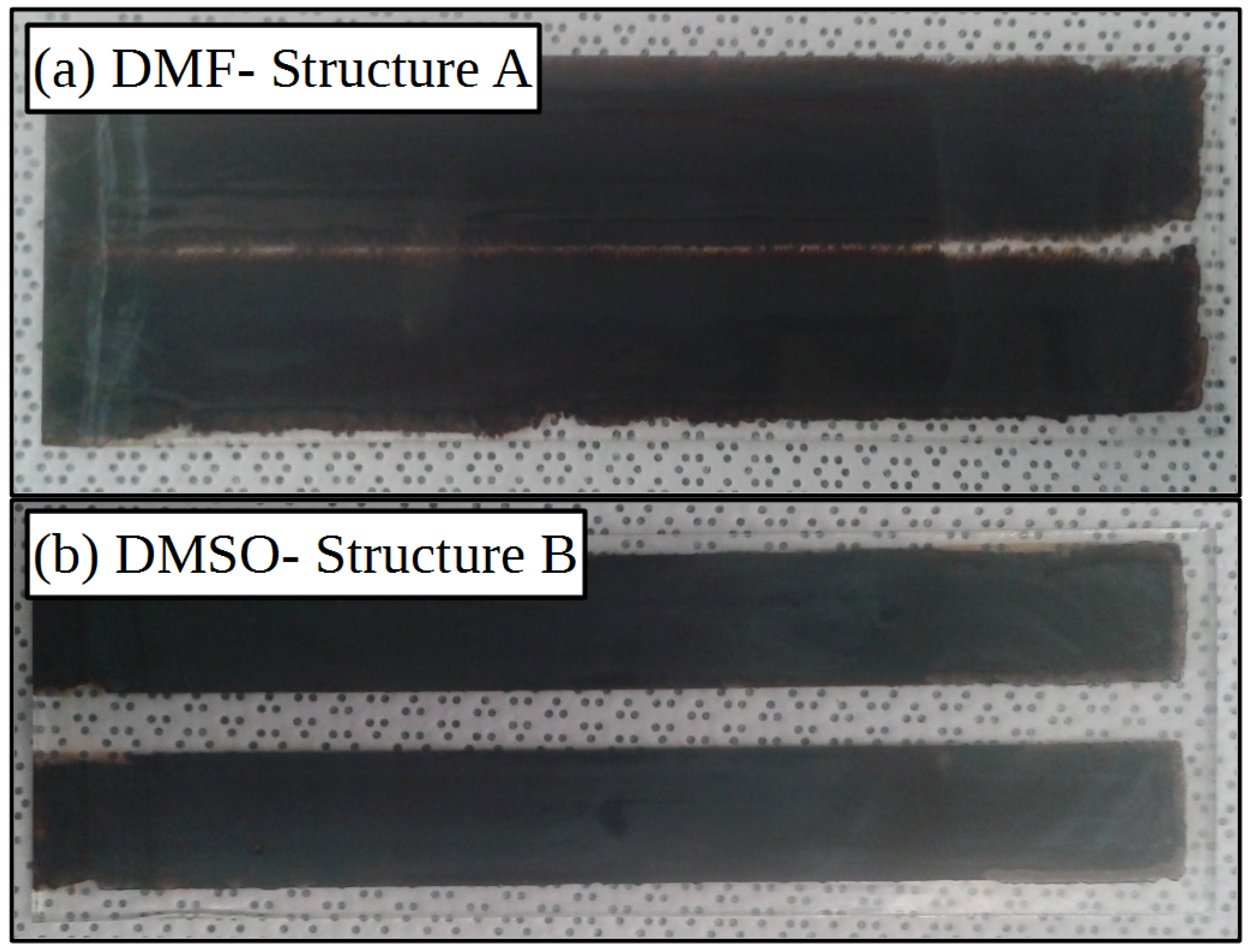 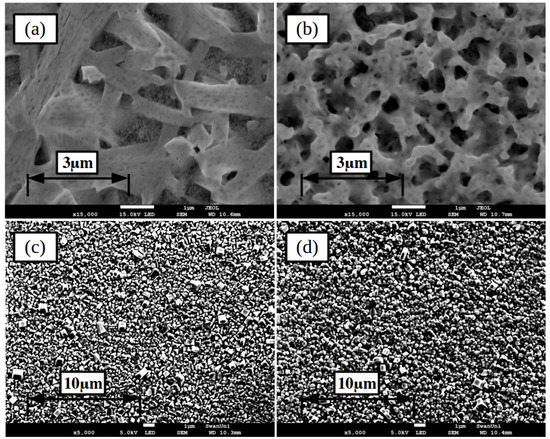 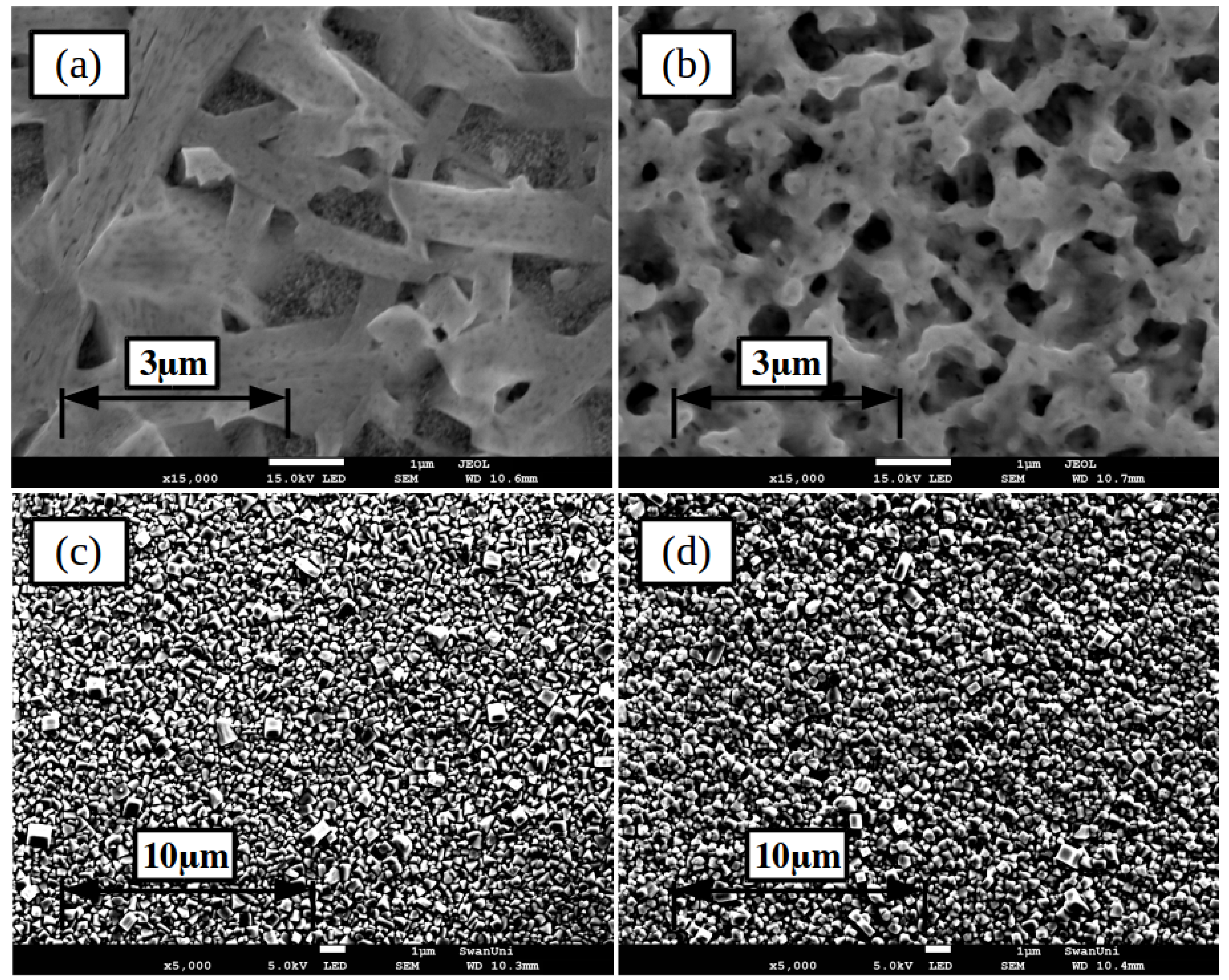 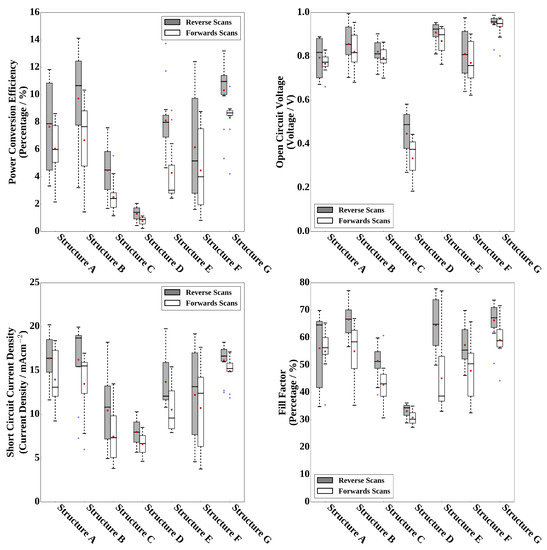 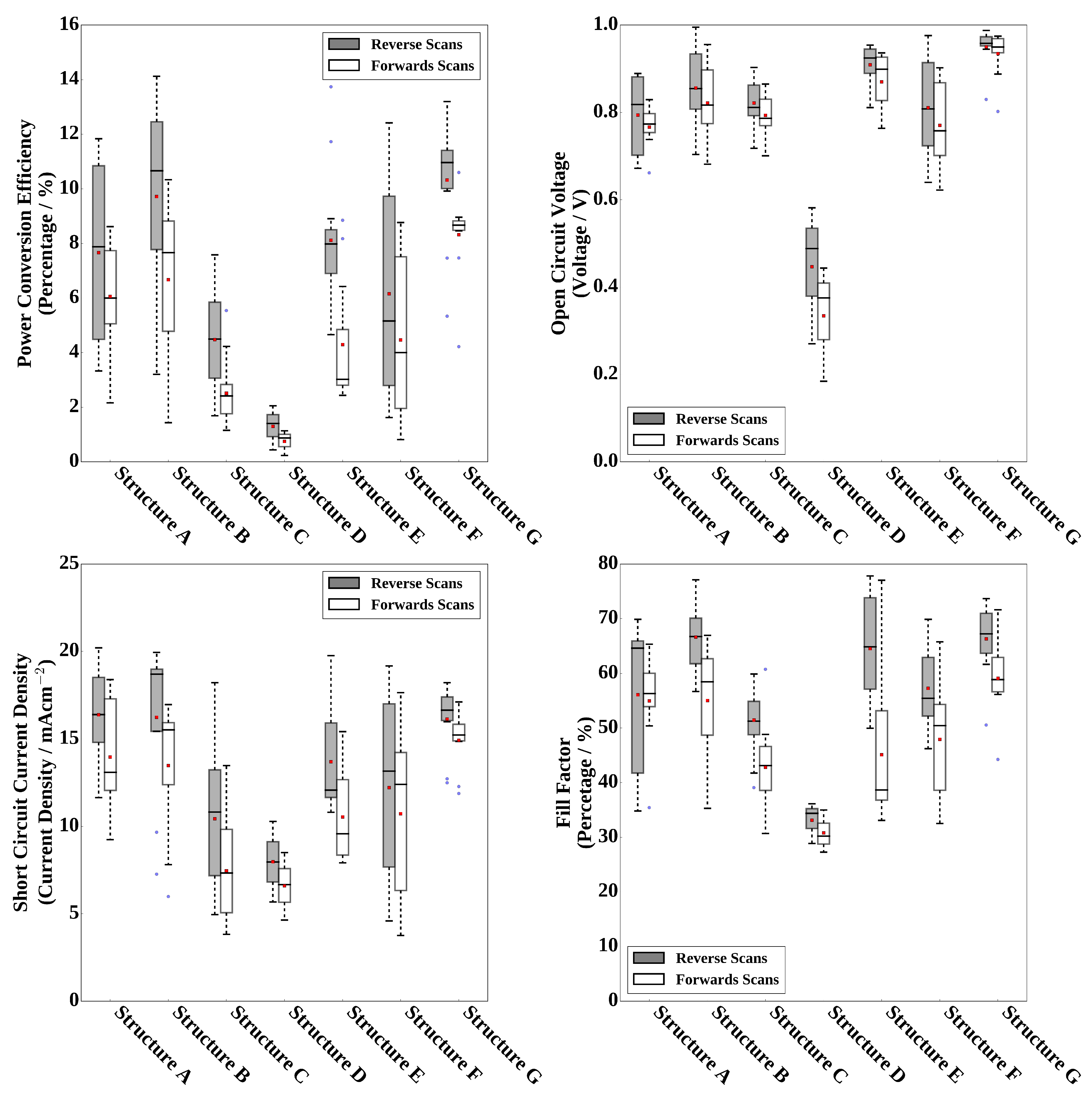 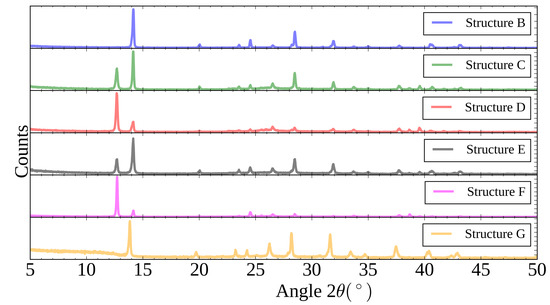 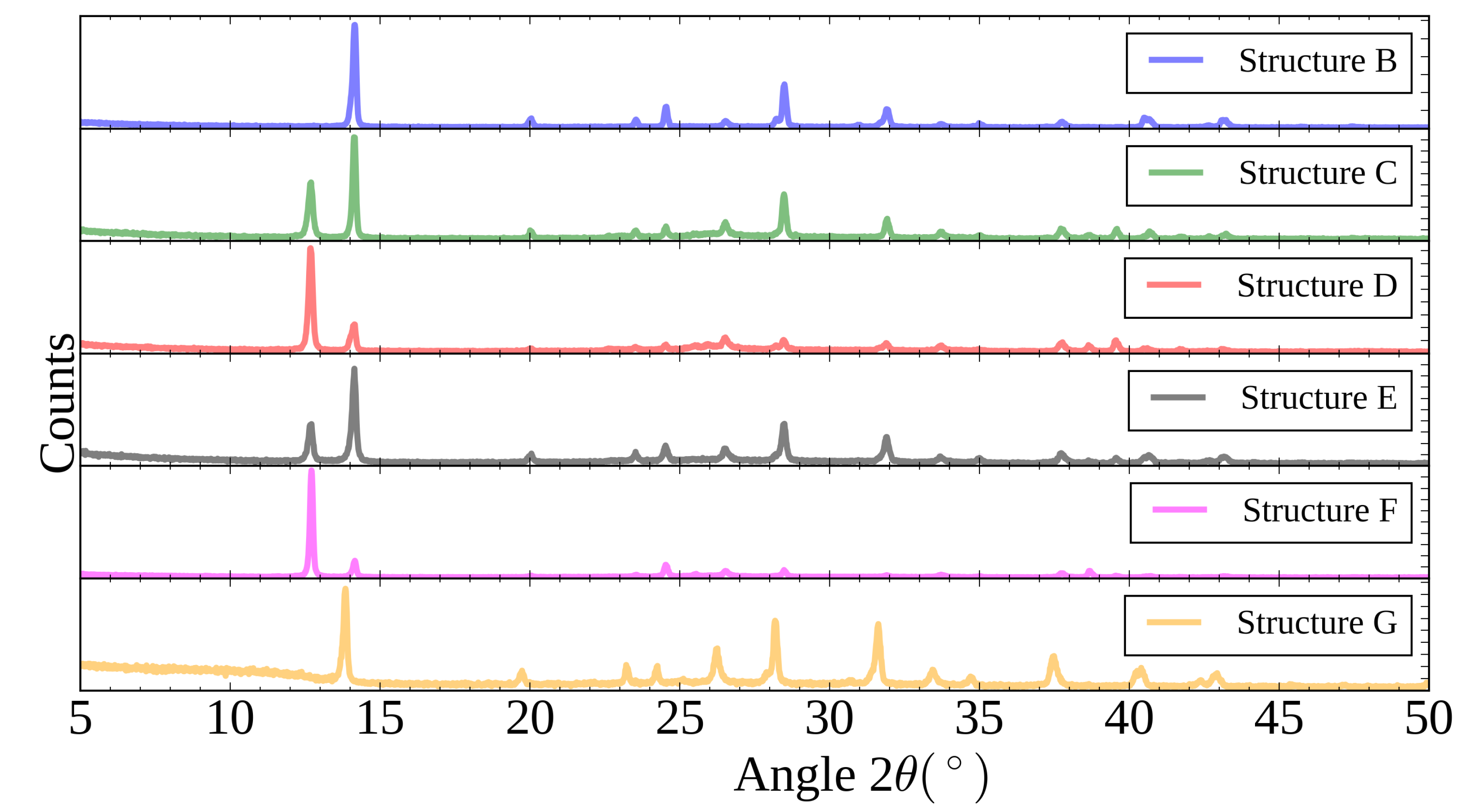 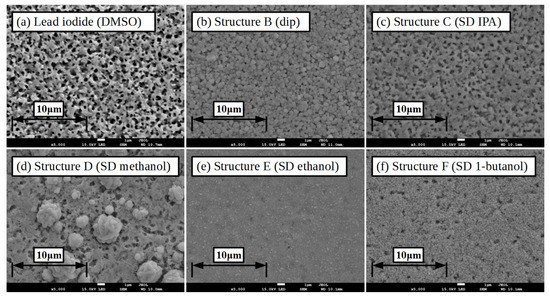 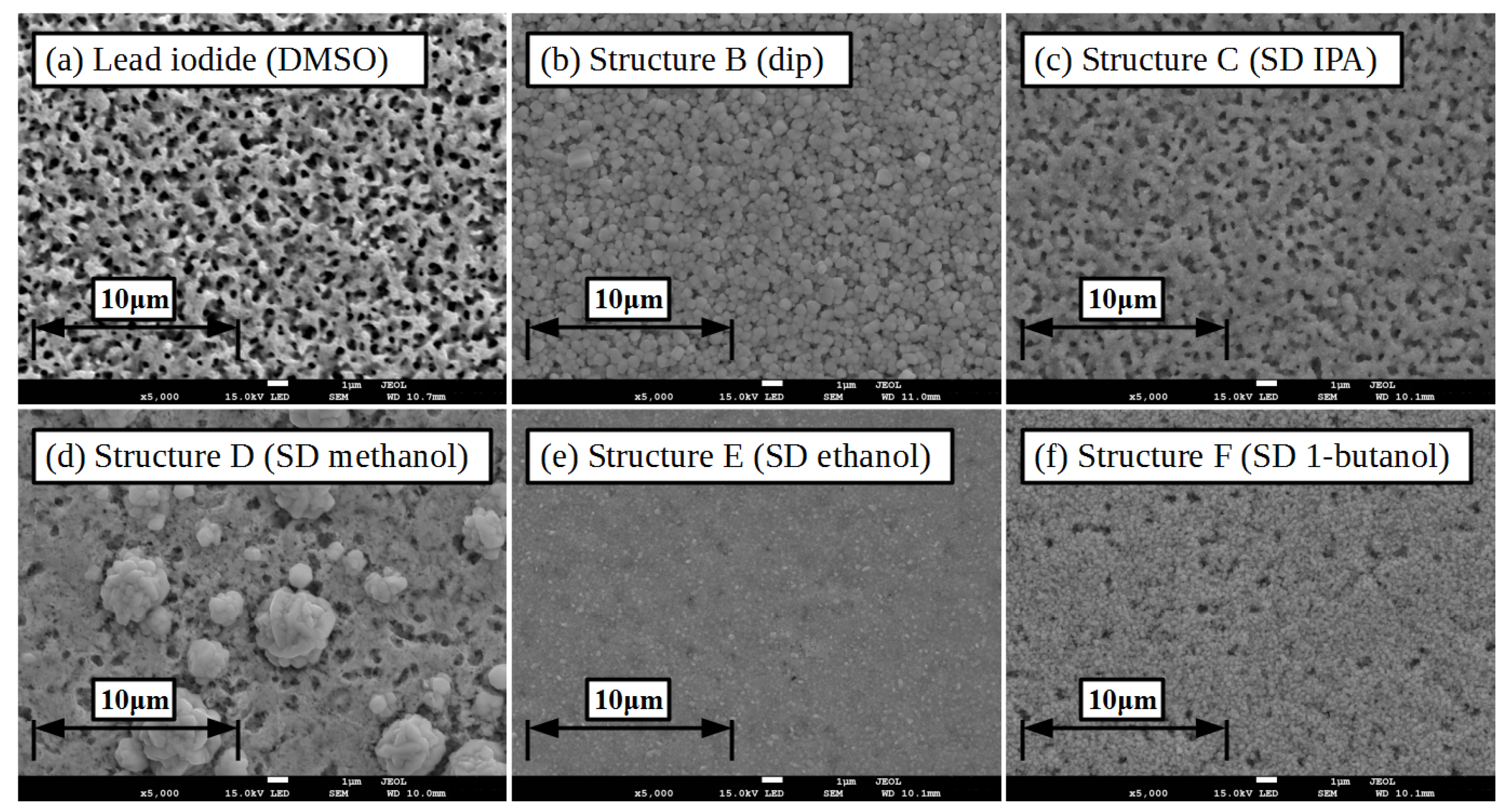