Nine gray cast iron ingots were melted in a 500 kg, medium-frequency induction furnace. The charge consisted of 70 wt% steel scrap and 30 wt% pig iron. Ferromolybdenum, ferromanganese, ferrosilicon and carburizer were used to meet the requirements of the composition. After superheating to 1530 °C, the liquid iron was transferred into a ladle and then poured into an EN-1561 Type II mould. Inoculants were deposited on the bottom of the ladle before pouring. The nominal composition of the samples and inoculants is given in Table 1. Carbon equivalent (CE) is calculated by the formula CE = C% + 0.31 Si% + 0.33 P%.
Tensile strength was measured using dog-bone shaped bars with 20 mm diameter in the gauge section, 60 mm gauge length and 3.2 μm surface finish according to Chinese Standard GB/T T228.1-2010. Three tests were performed for each composition and the average value was taken. Disk specimens with a diameter of 12.5 mm and a thickness of 2.5 mm were then cut from the grip section and used to determine the thermal diffusivity () and heat capacity () at room temperature using a NETZSCH LFA 457 laser flash apparatus (NETZSCH GABO instruments GmbH, Ahlden, Sachsen, Germany). The volume of the specimen was measured by the Archimedes method based on the fact that an object placed in a liquid displaces a volume of liquid equals to the volume of the object. The density () was obtained by weighting the specimen and dividing by the volume. And the thermal conductivity (λ) is calculated by:
Optical microscopy and field-emission scanning electron microscopy (SEM, JEOL, Akishima, Tokyo, Japan) equipped with an energy-dispersive X-ray spectroscopy (WDS) were used to analyze the microstructure. The length and area fraction of graphite were then evaluated in an unetched condition by quantitative metallography with the software Image J Pro (Version 6.0, Media Cybernetics, Rockville, MD, USA). The samples were then etched by 4% nital to expose the matrix phases. The eutectic colonies were revealed by the Stead Le Chatelier etchant (4 g MgCl2, 1 g CuCl2, 2 mL HCl, 100 mL alcohol). Color etching was also performed to evaluate the area fraction of primary austenite. The color etchant was 50 g NaOH and 4 g picric acid dissolved in 100 mL distilled water. The etching procedure was carried out at 98 °C for six minutes. The volume fraction of a phase is simply assumed as the area fraction occupied by the phase on the metallographic specimen. A total of eight fields were measured on each specimen’s cross-section.

It is well known that the properties of as-cast GCI are affected by chemical composition and inoculation. The graphite amount is mainly depended on the CE, which transforms the effect of elements on the graphite precipitation into relative content of carbon. As shown in Figure 8 and Table 2, the increasing of graphite amount has a clear positive effect on the thermal conductivity but a negative effect on the strength. It can be explained by the double-edge of graphite: improving the heat conduction but dissevering the matrix. However, for a wide range of CE, the inoculation in the current work clearly modifies the microstructure and thus change the thermal and tensile properties of GCI, as shown in Table 2 and Figure 8.
The high tensile and thermal properties of Sr-FeSi inoculated GCI may result from more developed primary dendrites and longer graphite flakes. As presented in Figure 9a, the heat conductivity is found to increases with increasing maximum flake length. Although it was expected that an increased primary dendrite amount will reduce the thermal conductivity for the increasing matrix bridges over which the heat has to pass, such an effect was not established in the present work. The observed harmful effects of increasing primary dendrite amount on thermal conductivity for the same inoculation could be the results of decreasing CE and thus graphite amount. Contrary to thermal conductivity, the strength was mainly determined by the primary dendrite amount, as shown in Figure 9b. The more amount of primary dendrite, the higher strength. The impacts of graphite length are weakly, indecisive at least. The fact that tensile strength was largely determined by primary dendrite amount supports the theory that the eutectic colonies and the graphite flakes can extend over the primary arms without affecting the material strength.
As presented by Riposan, for FeSi containing deoxidizing elements X (X = Sr or Zr), X promotes the formation of small oxide micro-inclusions at high superheating temperature [13]. The precipitated oxides provide the substrate on which MnS can nucleate and grow. The so-called (Mn, X)S compound consisting of oxide and MnS provides lots of nuclei sites for primary austenite and eutectic graphite. For SiC [14], the inoculant dissolves into the melt through the reaction:
SiC + Fe → FeSi + C (dissociative)
The generated dissociative carbon then provides the nucleation sites for graphite because of a high activity and zero mismatch. The observations as shown in Table 2 and Figure 6 support the theories mentioned above, which can explain why the fewest dendrites and the smallest number of MnS particles were observed in SiC inoculated alloys.
Even though the Zr-FeSi inoculated samples have the largest number of MnS particles, which were considered as the effective nuclei for primary austenite and graphite, the most developed primary dendrites were found in Sr-FeSi inoculated GCI. The probable explanation can be provided by the arguments involving nucleation and growth kinetics of the phases. As reported by Rivera [15], in inoculated hypoeutectic melt solidification starts with the independent nucleation of austenite dendrites and graphite. When the dendrites grow and come into contact with the graphite as temperature drops, the units of lamellar graphite and austenite grow cooperatively and finally form the eutectic colonies. The larger amount of (Mn, Zr)S compounds in Zr-FeSi inoculated irons means more nuclei site for the austenite and graphite at the beginning of solidification and, thus, more opportunity to the interaction of primary austenite and graphite. As a result, the growth of primary dendrite is suppressed because of the earlier growth of the eutectic colonies. The fact that shorter graphite flakes and larger eutectic colonies were found in Zr-FeSi inoculated irons supports this assumption. It is suggested that the reason for the optimal structure of Sr-FeSi inoculated GCI is that Sr leads to moderate nucleation site density both for primary austenite and graphite.

For a similar CE, it was confirmed that the dominant structural factors in increasing thermal conductivity and tensile strength of pearlitic GCI are different. The thermal conductivity is determined by maximum graphite length while the tensile strength is mainly affected by primary dendrites amount. Long graphite flakes and developed dendrites are preferred for high thermal conductivity and strength.
In practice, the optimal structure can be obtained by good inoculation. While SiC additions inoculated long A-type graphite flakes, it did not appear to provide nucleation sites for primary austenite. Zr-FeSi and Sr-FeSi inoculated both primary austenite and graphite by promoting the nucleation of MnS at high temperature. However, the optimal structure and properties were found in Sr-FeSi inoculated irons. It is probably that Sr-FeSi inoculant provided the appropriate size and number of MnS particles. More dispersive MnS particles in Zr-FeSi inoculated irons resulted in shorter graphite and fewer dendrites amount because of excessively nucleation site.

G.W. designed and performed the experiments; X.C. proposed the topic of this work; Y.L. and Z.L. supervised the metallographic analysis. G.W. and X.C. wrote the initial manuscript in discussions with all co-authors.

The authors wish to express sincere thanks to Yuan Liu and Huawei Zhang for helpful discussion and encouragement during this investigate. 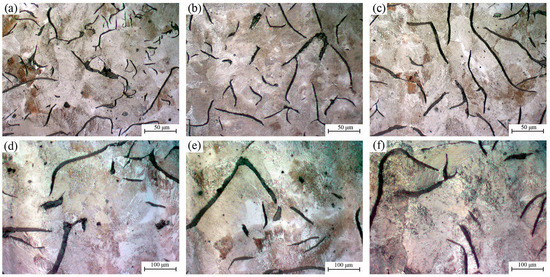 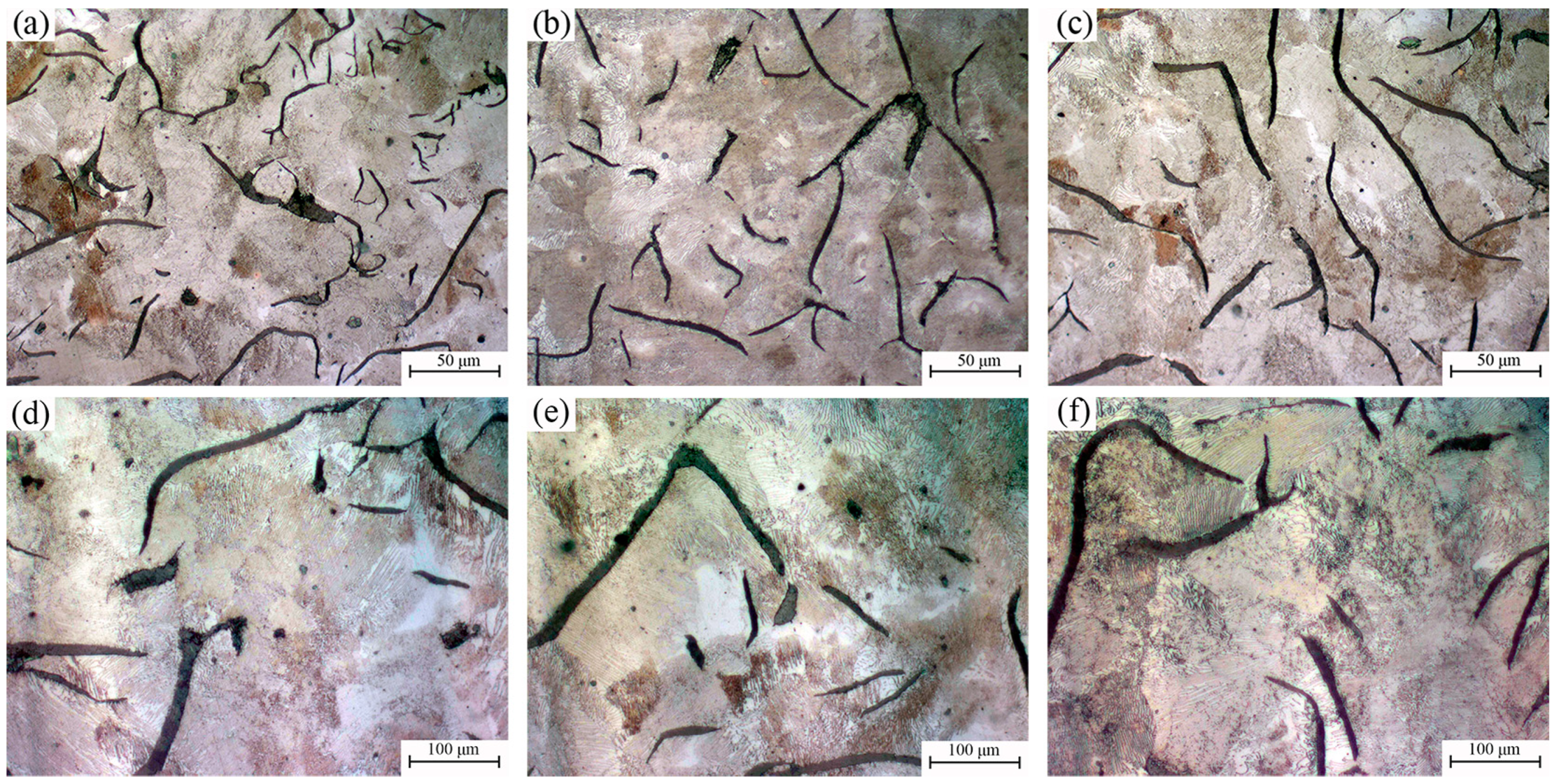 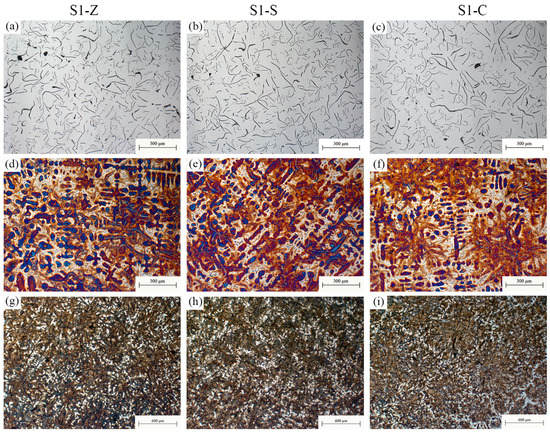 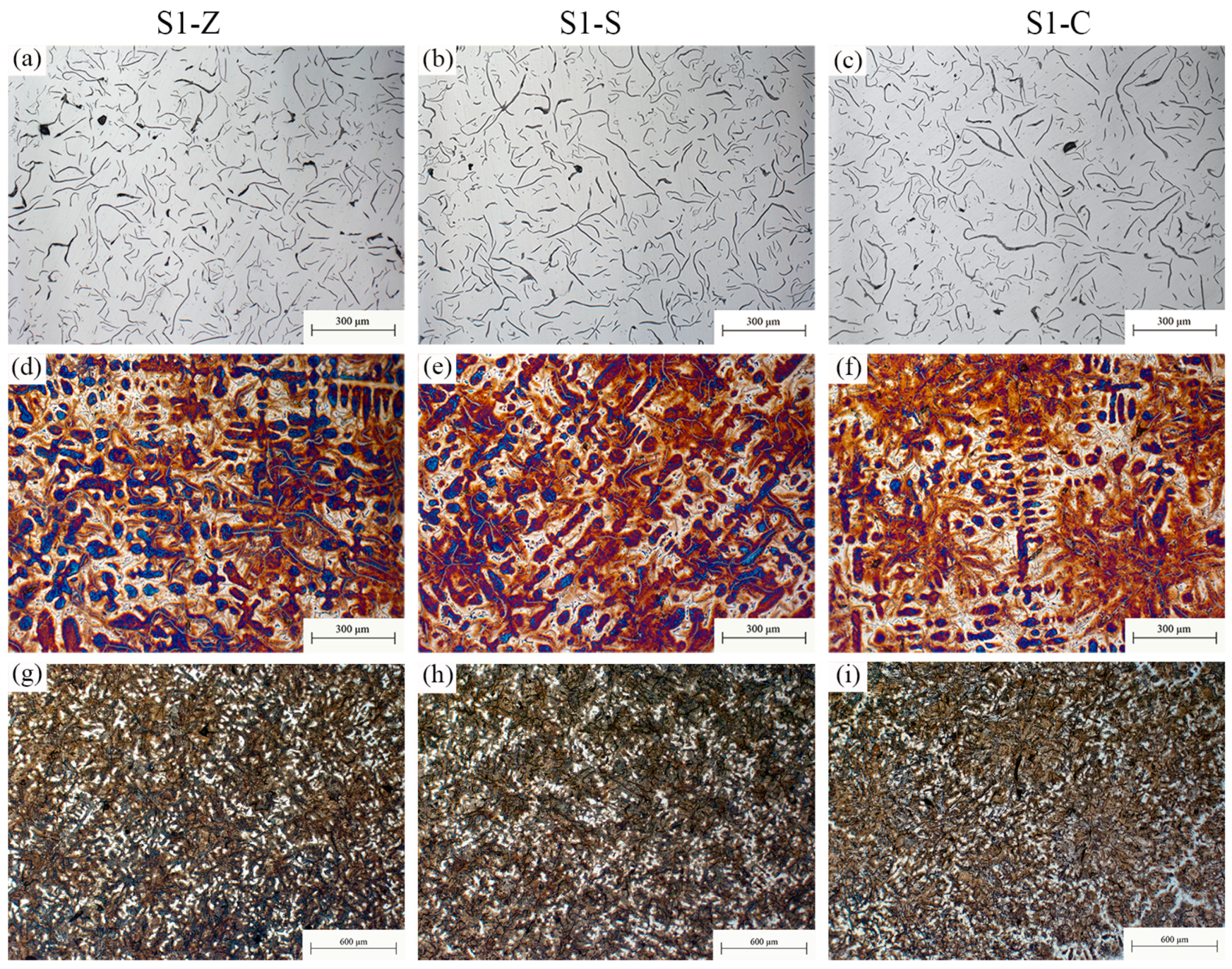 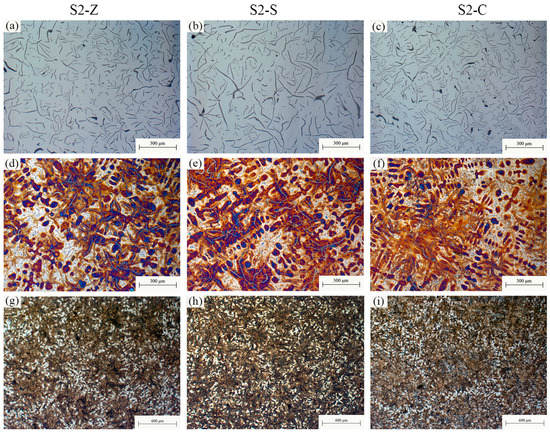 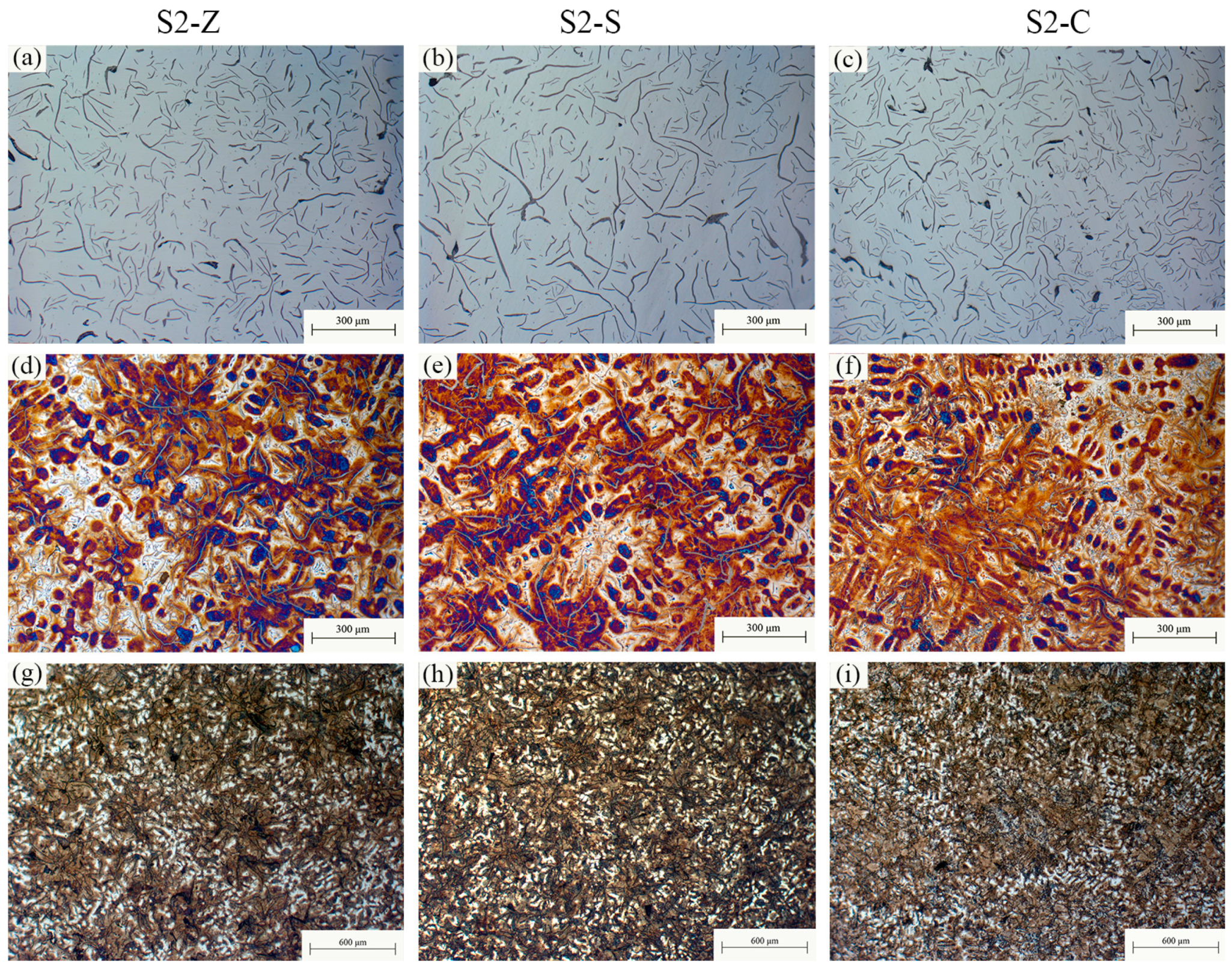 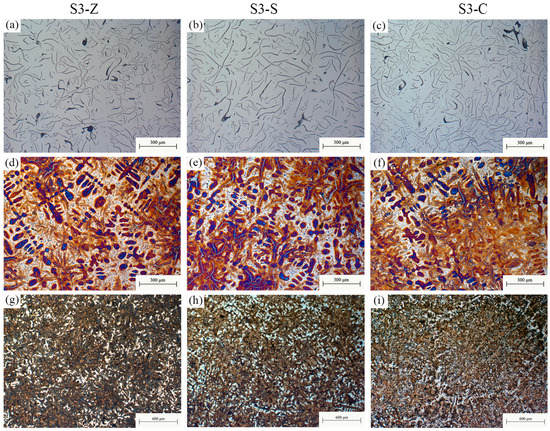 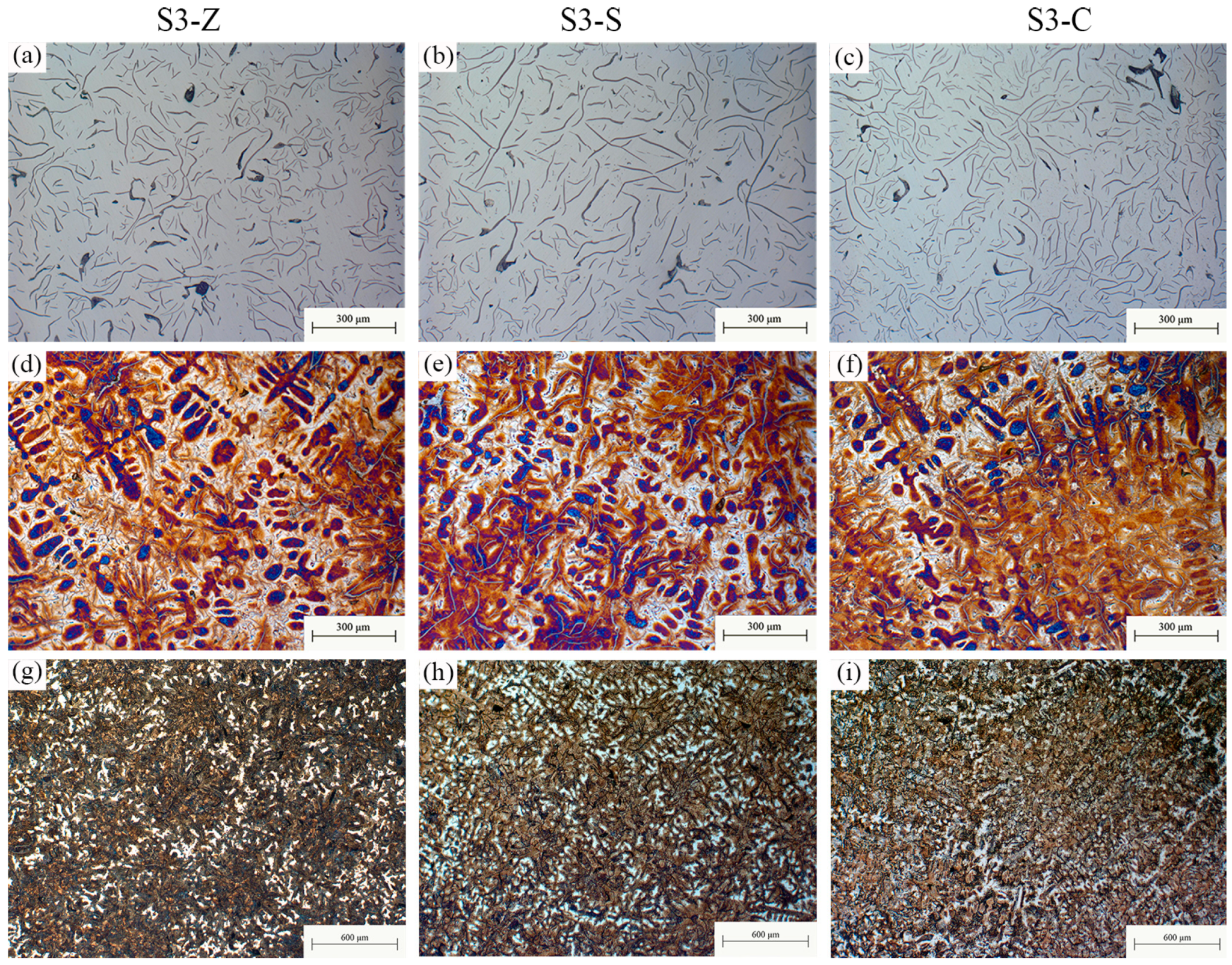 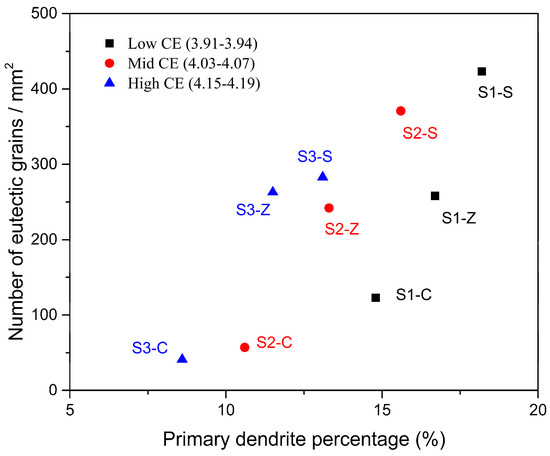 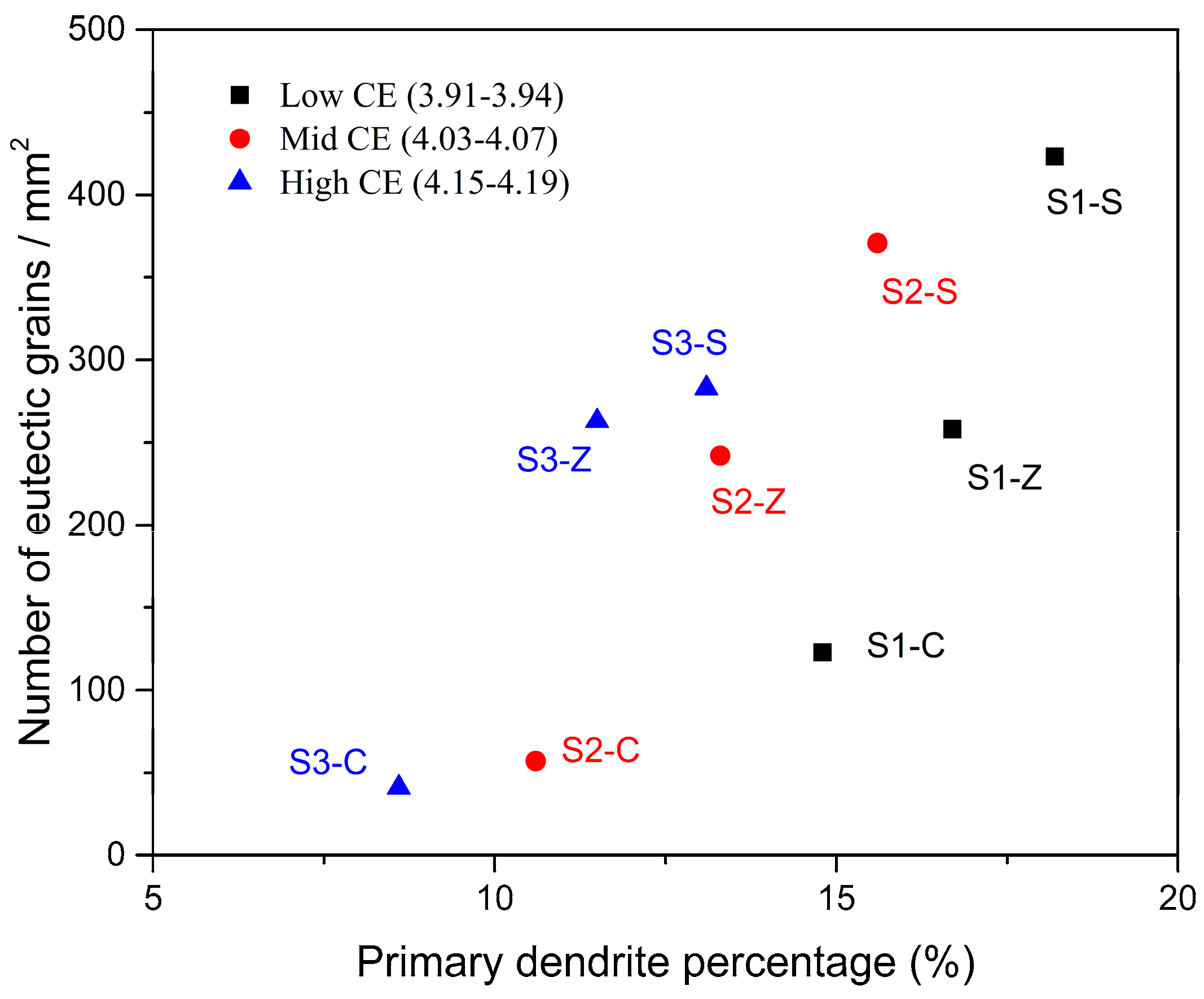 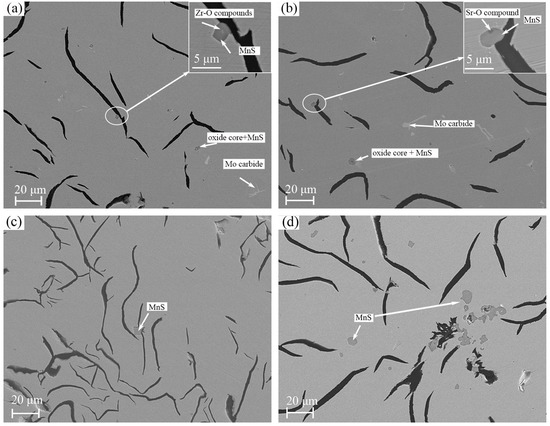 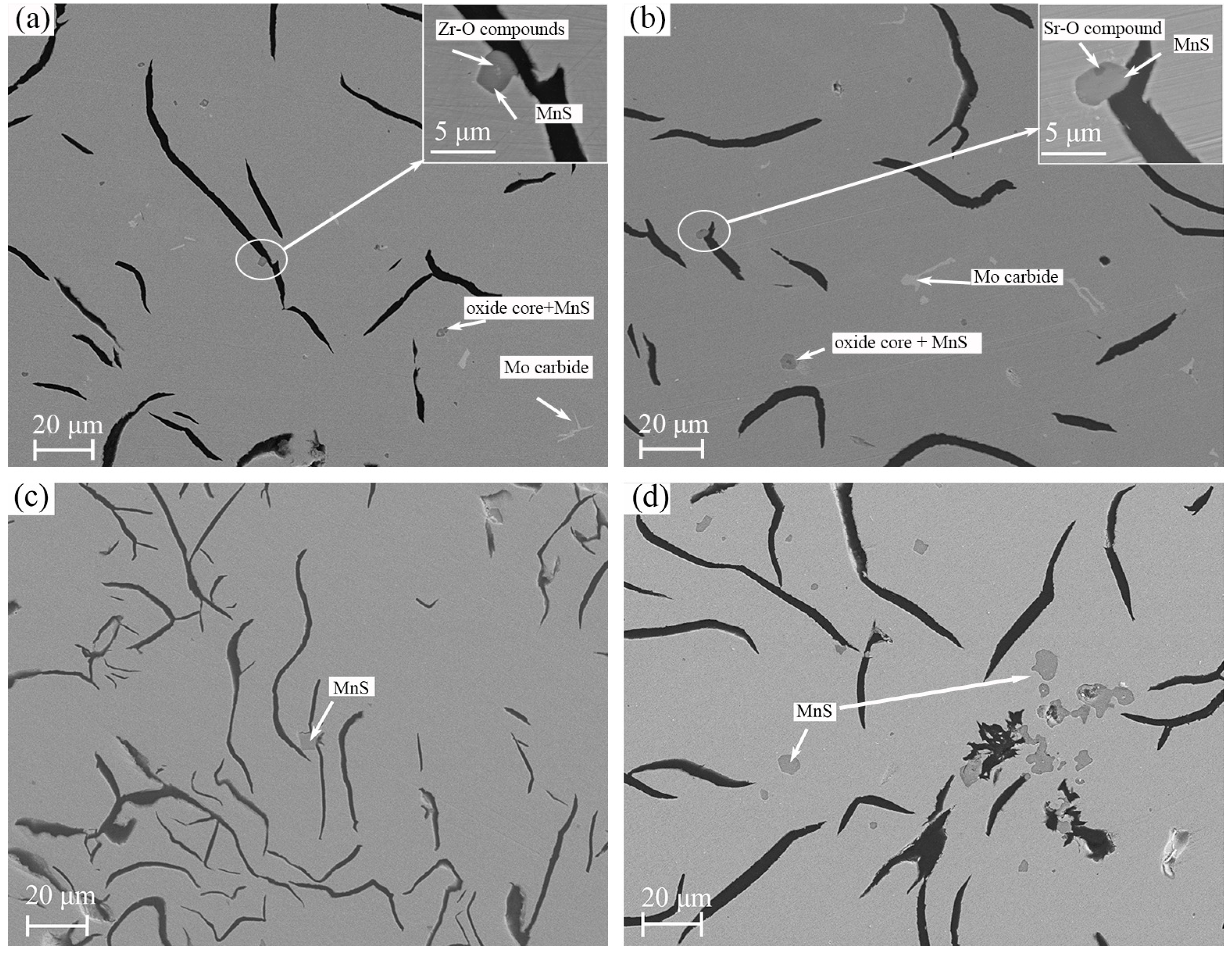 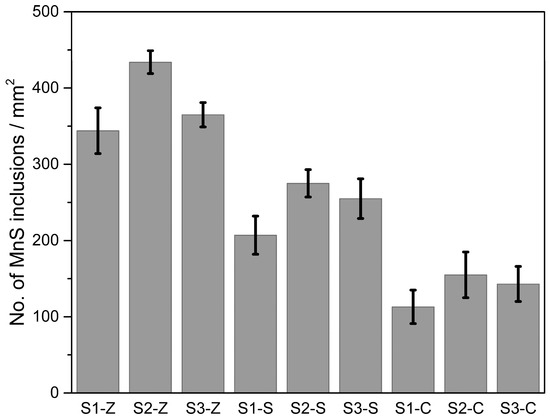 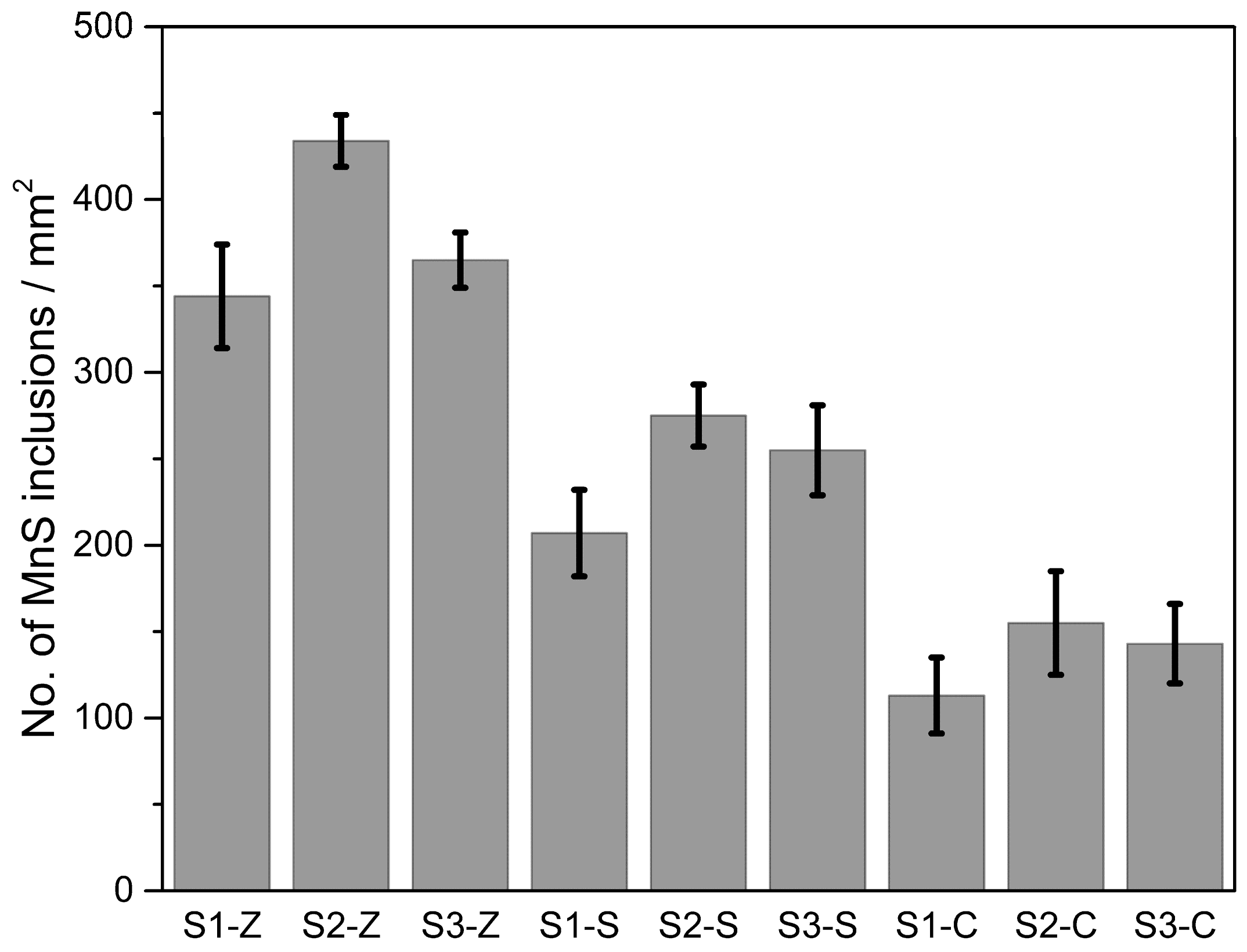 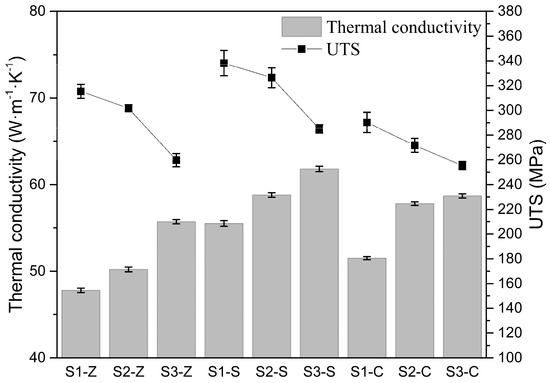 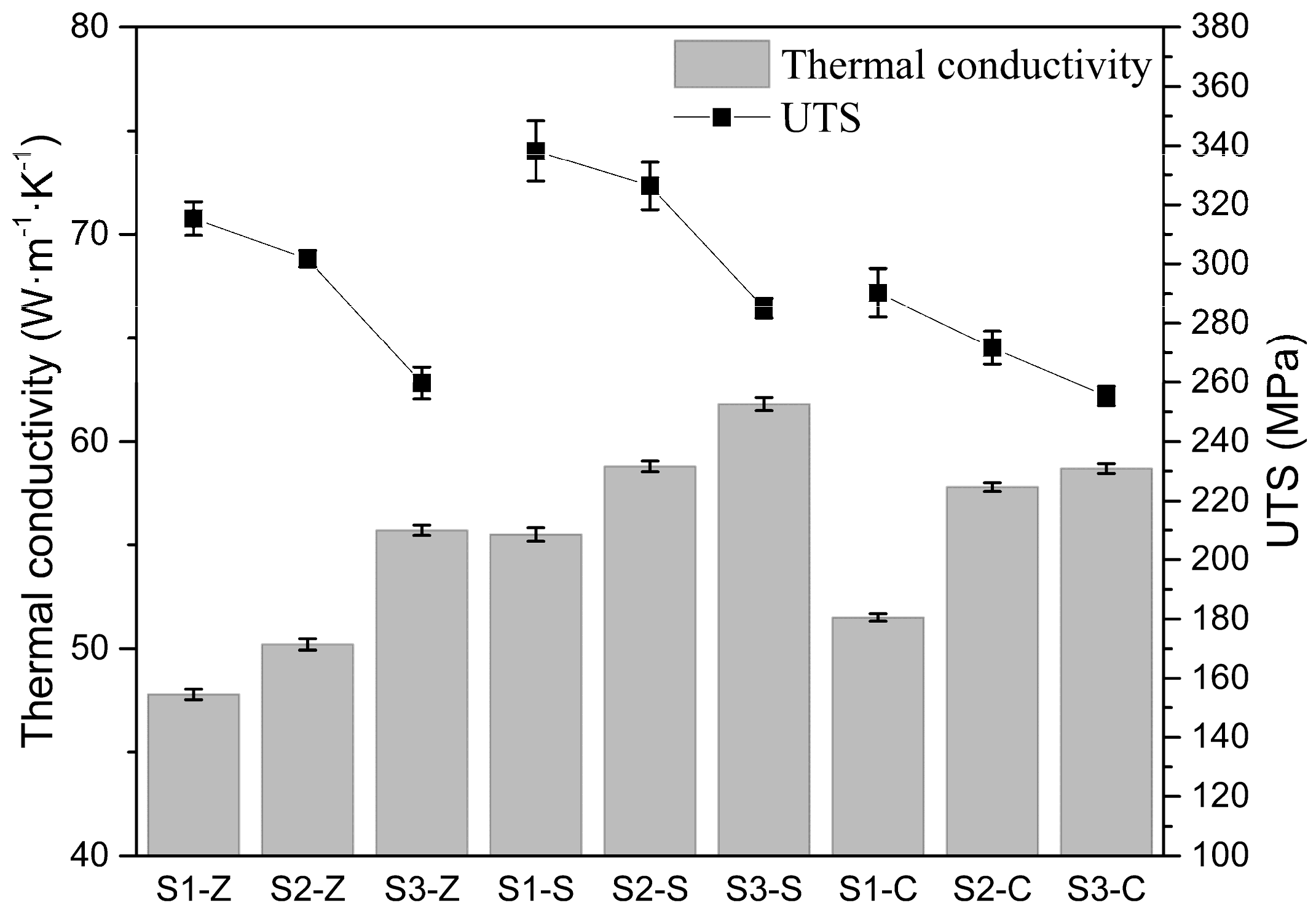 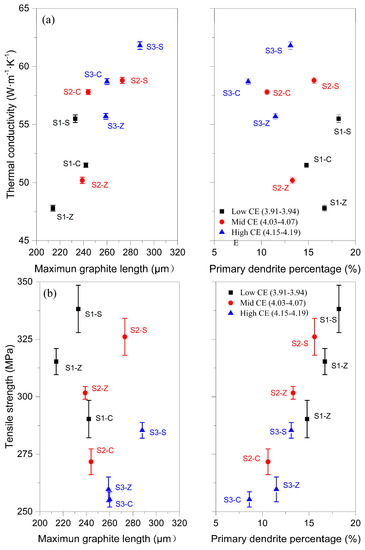 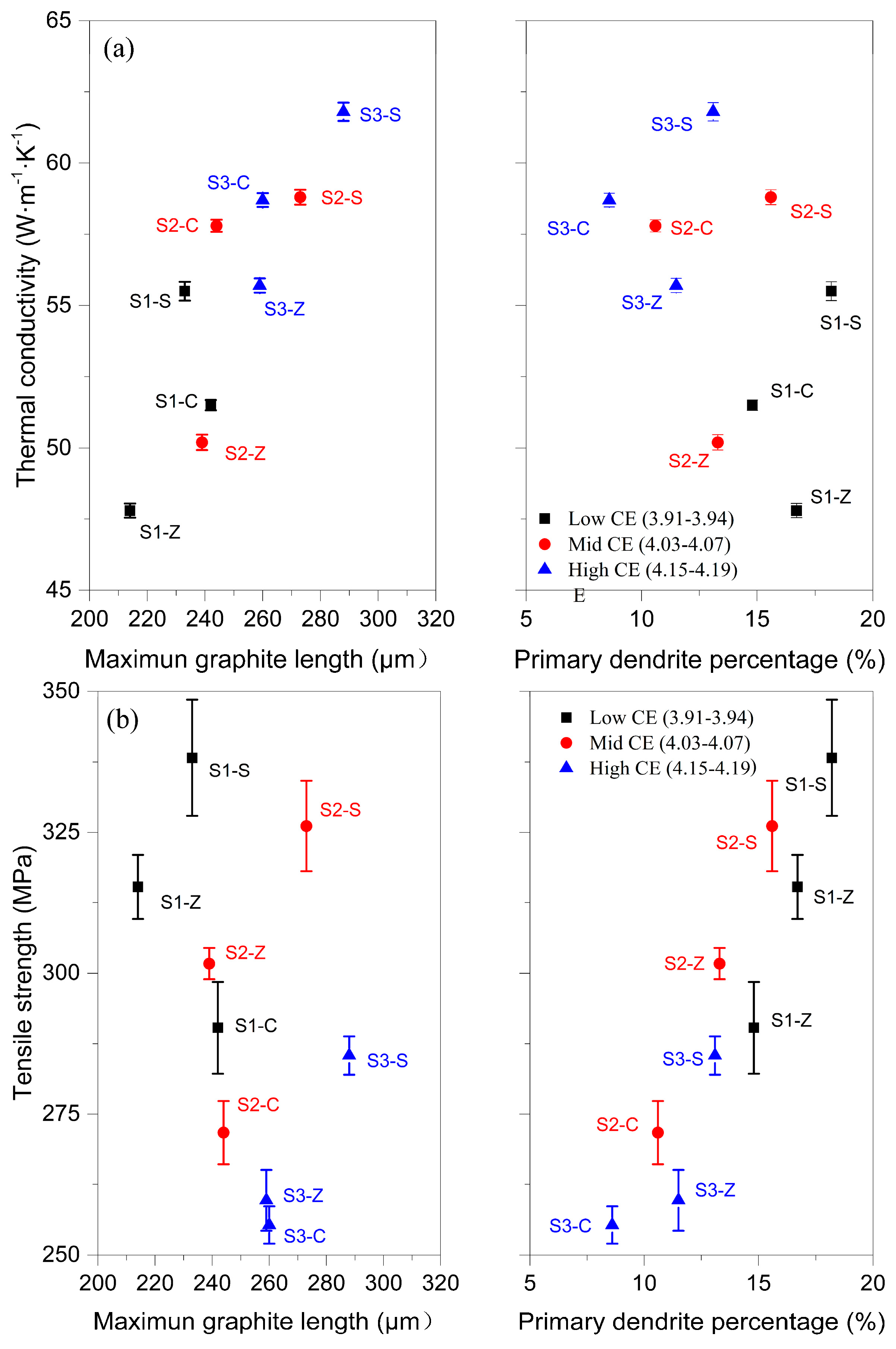