A recent theoretical work indicates that intermetallic materials LiMnZ (Z = N, P) with a half-Heusler structure exhibit half-metallic (HM) behaviors at their strained lattice constants, and the magnetic moments of these alloys are expected to reach as high as 5 μB per formula unit. (Damewood et al. Phys. Rev. B 2015, 91, 064409). This work inspired us to find new Heusler-based half-metals with the largest magnetic moment. With the help of the first-principles calculation, we reveal that XCrZ (X = K, Rb, Cs; Z = S, Se, Te) alloys show a robust, half-metallic nature with a large magnetic moment of 5 μB at their equilibrium and strained lattice constants in their most stable phases, while the excellent HM nature of LiCrZ (Z = S, Se, Te) alloys can be observed in one of their metastable phases. Moreover, the effects of uniform strain in LiCrZ (Z = S, Se, Te) alloys in type II arrangement have also been discussed.
Keywords: half-Heusler alloys; intermetallic materials; first-principles calculation half-Heusler alloys; intermetallic materials; first-principles calculation

In recent years, the fast development of spintronics [1] has caused more and more concern for researchers. Extensive applications (e.g., single spin electron sources [2] and spin injections [3]) have been envisaged [4]. One ideal choice for spintronics is the source of the spin-polarized charge carriers (SPCC). In this quest for materials, half-Heusler half-metallic alloys [5] are a noticeable family of intermetallic materials with 1:1:1 composition and have fully SPCC at the Fermi level.
The half-Heusler family has become one of the research hot-spots in intermetallic materials systems because the concept of half-metallic (HM) behaviors arose from the theoretical calculations by de Groot et al. for the well-known NiMnSb [6] in the 1980s. Then, quite a lot of half-Heusler alloys [7,8,9,10,11,12,13,14,15] had been predicted to be HM materials (HMMs). Recently, the electronic, magnetic, and stability properties were systematically investigated by first principles calculation in half-Heusler alloys of LiMnZ (Z = N, P, Si) [16]. Damewood et al. found that these LiMnZ (Z = N, P, Si) alloys show HM behaviors with large semiconducting-type band-gaps and magnetic moments (>3 μB per formula unit) at their strained lattice constants. To our best knowledge, based on the the Slater-Pauling (S-P) and generalized electron-filling rules [17,18,19,20], the largest magnetic moment of the half-Heusler-type alloy should be 5 μB per formula unit. Due to the large semiconducting-type band-gaps and the large magnetic moments, LiMnZ (Z = N, P, Si) alloys may be good candidates for spintronic materials for devices operating at or above room temperature.
Based on the above information, it is necessary for us to further explore new HM half-Heuselr alloys, XCrZ (X = Li, K, Rb, Cs; Z = S, Se, Te), with the largest magnetic moment (5 μB per formula unit) and large semiconducting-type band-gaps. In this work, first-principles calculations have been used to exhibit a theoretical study of the structural, electronic, magnetic, and HM properties of the XCrZ (X = Li, K, Rb, Cs; Z = S, Se, Te) half-Heusler alloys in three possible arrangements.

The electronic-structure and magnetism calculations were performed via CASTEP code on the basis of the pseudo-potential method with a plane-wave basis set [21,22]. The ultrasoft pseudo-potential [23] has been used to describe the interactions between the atomic core and the valence electrons. A most common generalized gradient approximation (GGA) [24] has been selected to describe the electron exchange-correlation. A plane-wave basis set cut-off of 450 eV and a mesh of 12 × 12 × 12 k-points was used for Brillouin zone integrations. The convergence tolerance for the calculations was selected as a difference in total energy within 1 × 10−6 eV·atom−1.
To determine the real-space bonding analysis, the electron localization function (ELF) was calculated using the CASTEP code. The ELF is a real-space indicator of the extent to which electrons are localized and display a strong Pauli repulsion, and therefore it can locate bonding and non-bonding electron pairs in the real-space of the crystal-structure [25,26].

A first principles calculation was used to predict a series of new half-Heusler-based, half-metallic materials XCrZ (X = Li, K, Rb, Cs; Z = S, Se, Te) with the largest magnetic moment (5 μB) and large semiconducting-type band-gaps (>2 eV). In detail, for XCrZ (X = K, Rb, Cs; Z = S, Se, Te), the HM nature of these alloys appeared at their equilibrium and strained lattice constants and in their most stable phases. However, for the LiCrZ alloys, the HM behaviors of these alloys did not appear in the most stable phase but in one of the metastable phases. The half-metallicity of the XCrZ alloys is robust against uniform strain, which makes these alloys very stable with respect to the spin polarization properties.

Z.X. Cheng thanks the Australian Research Council for support. Funding for this research was provided by: Scientific Research Project for High Level Talent in Colleges and Universities of Hebei Province (No. GCC 2014042), Natural Science Foundation of Hebei Province (No. E2016202383), Chongqing City Funds for Distinguished Young Scientists (No. cstc2014jcyjjq50003), and the Program for Leading Talents in Science and Technology Innovation of Chongqing City (No. CSTCKJCXLJRC19).

Zhenxiang Cheng and Guodong Liu designed the project, Xiaotian Wang performed the calculations and prepared the manuscript, and all authors analyzed the data and discussed the results. 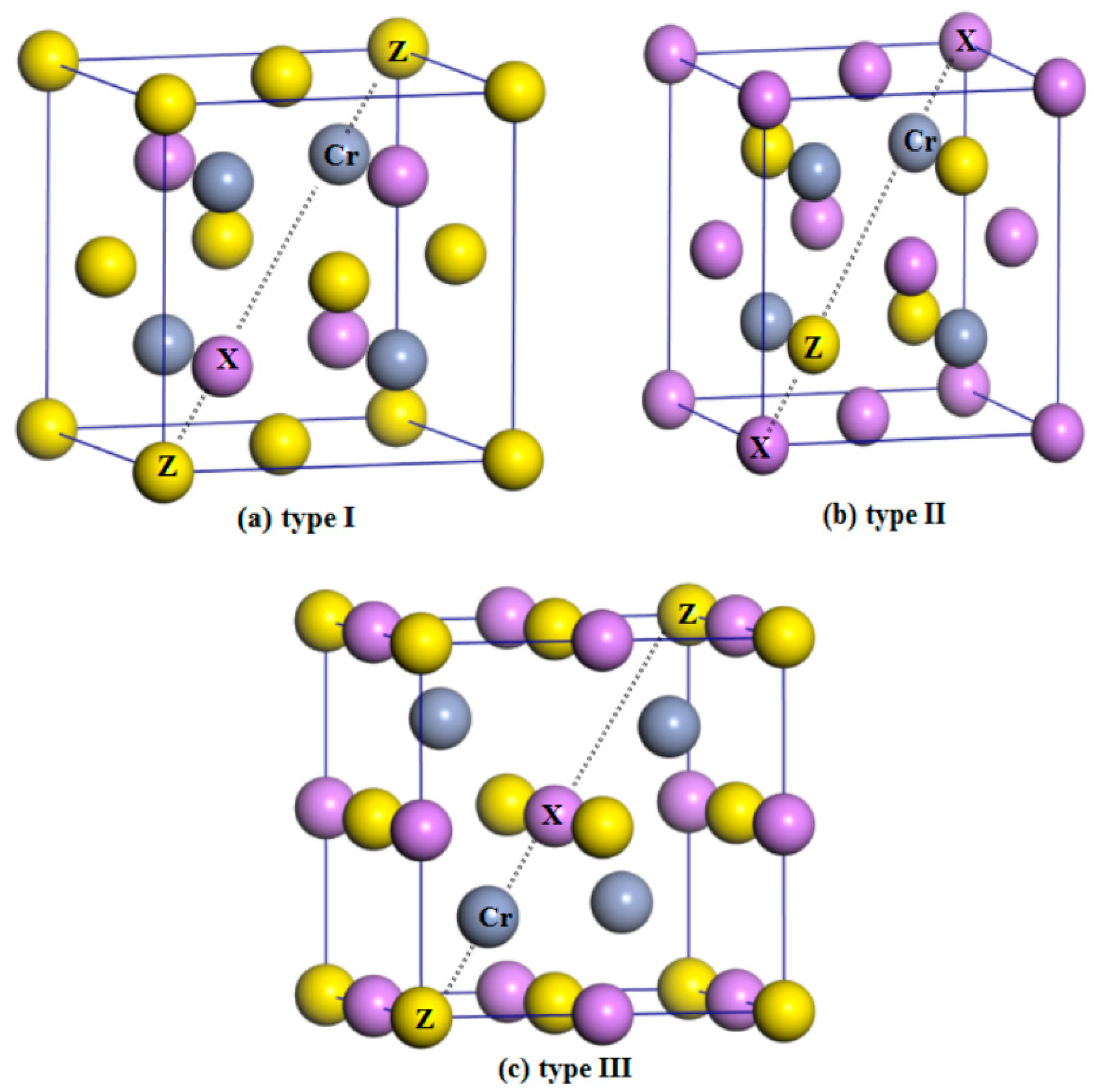 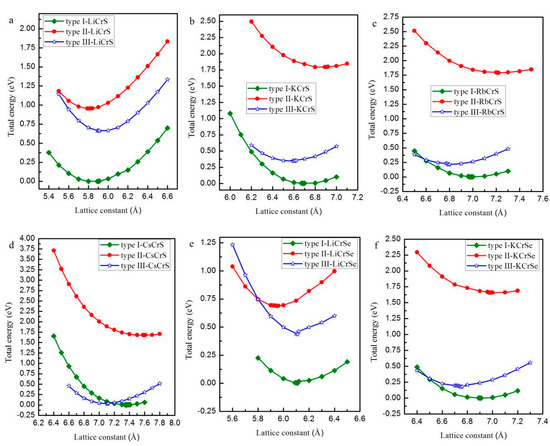 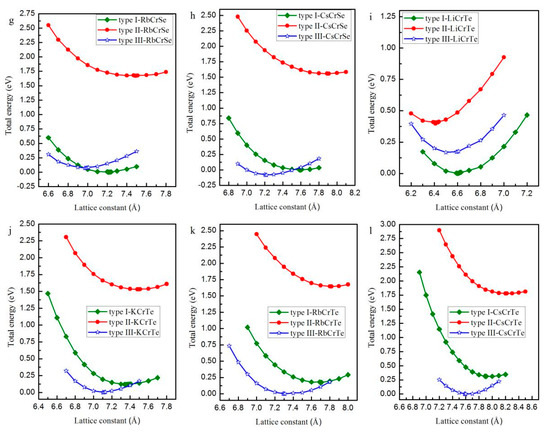 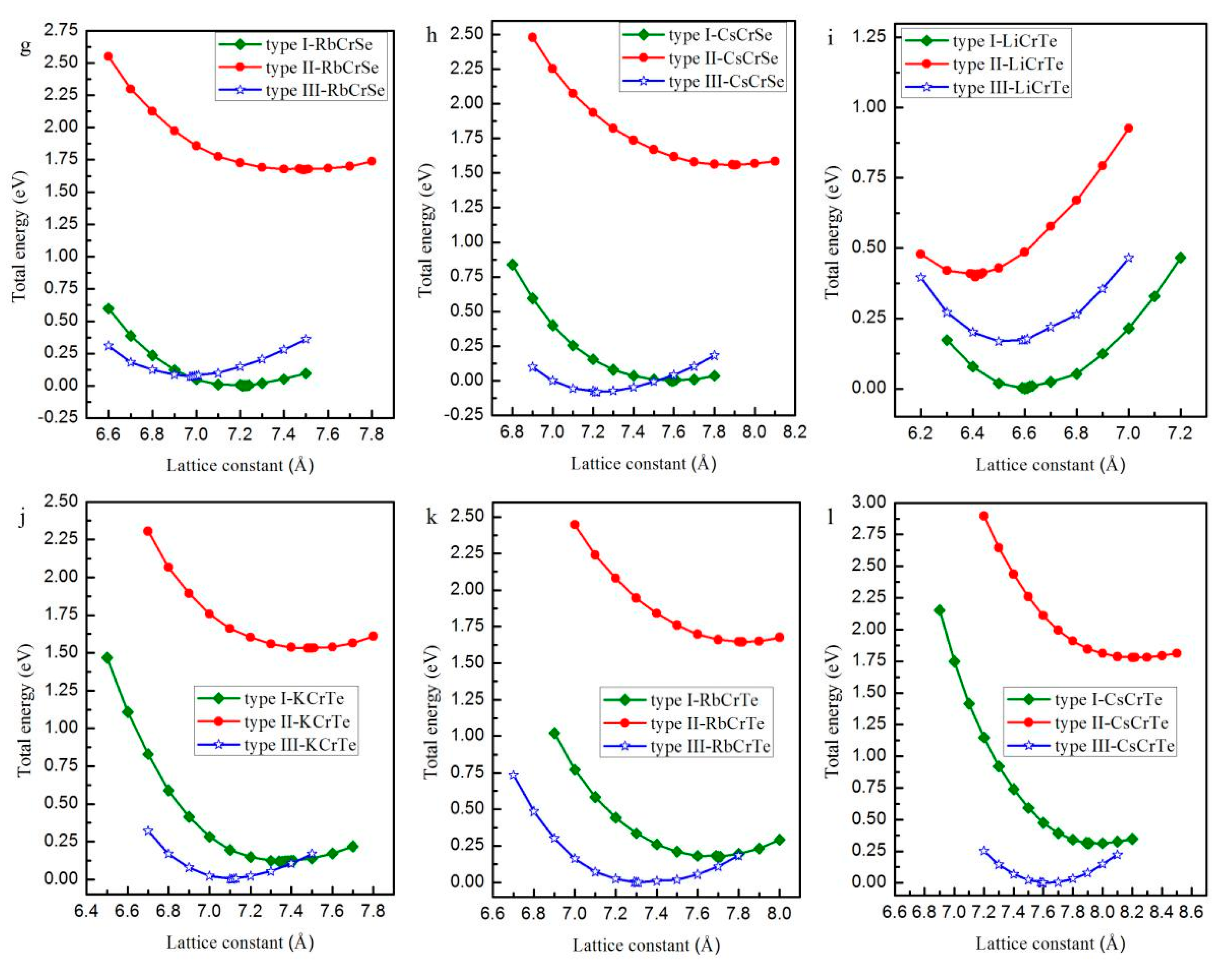 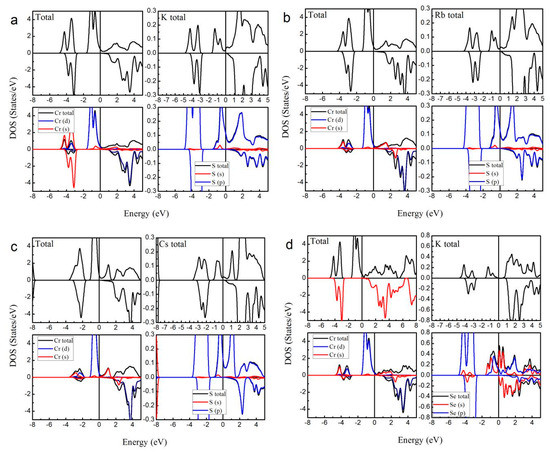 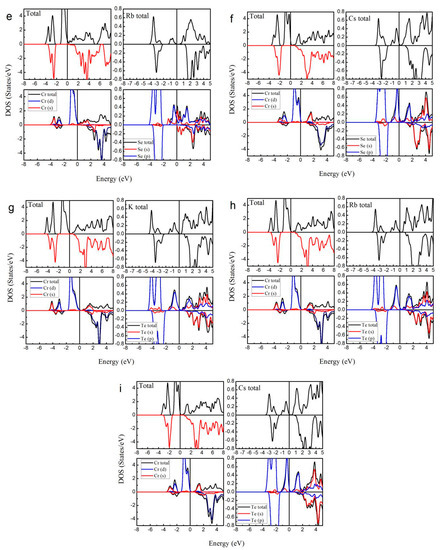 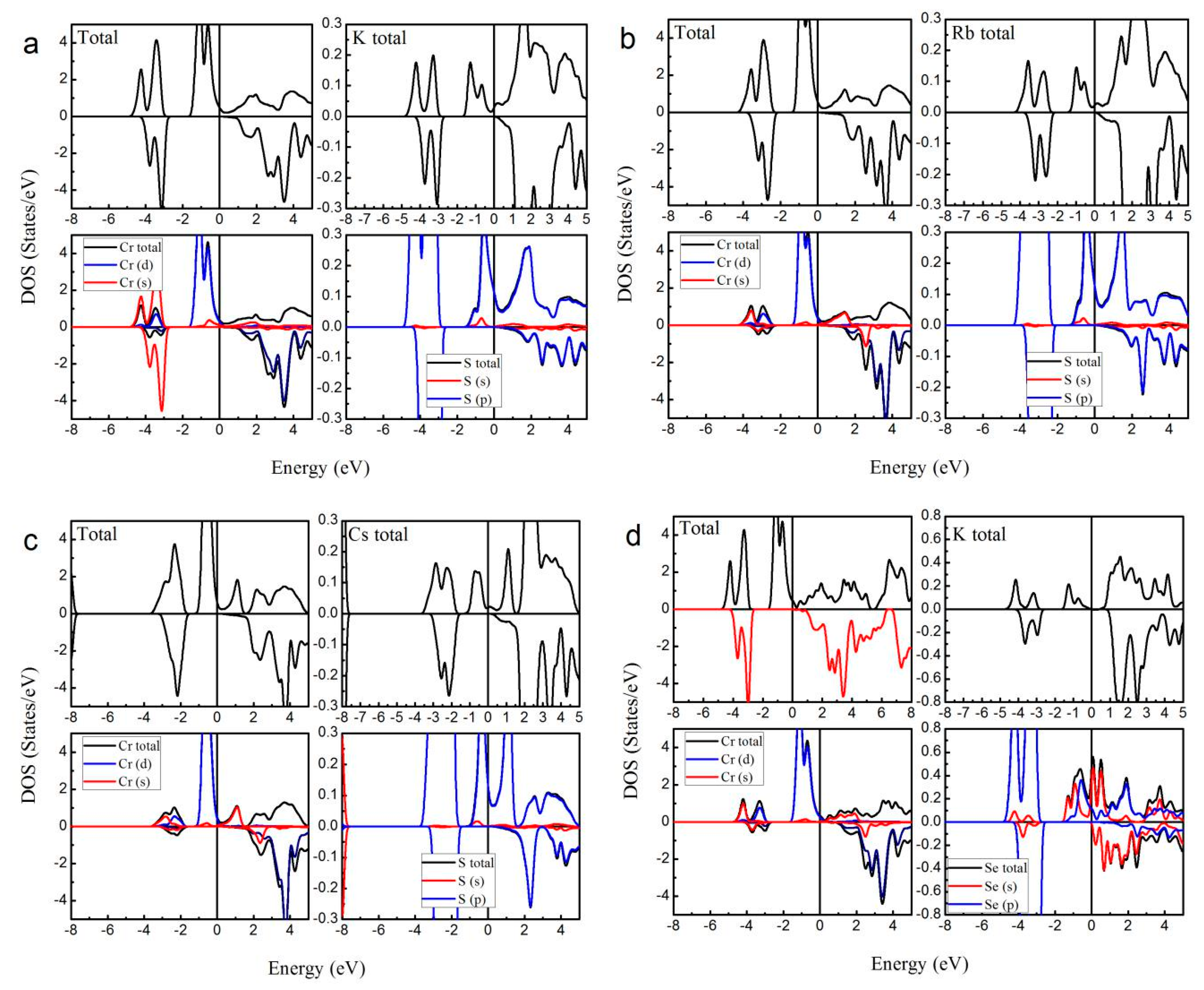 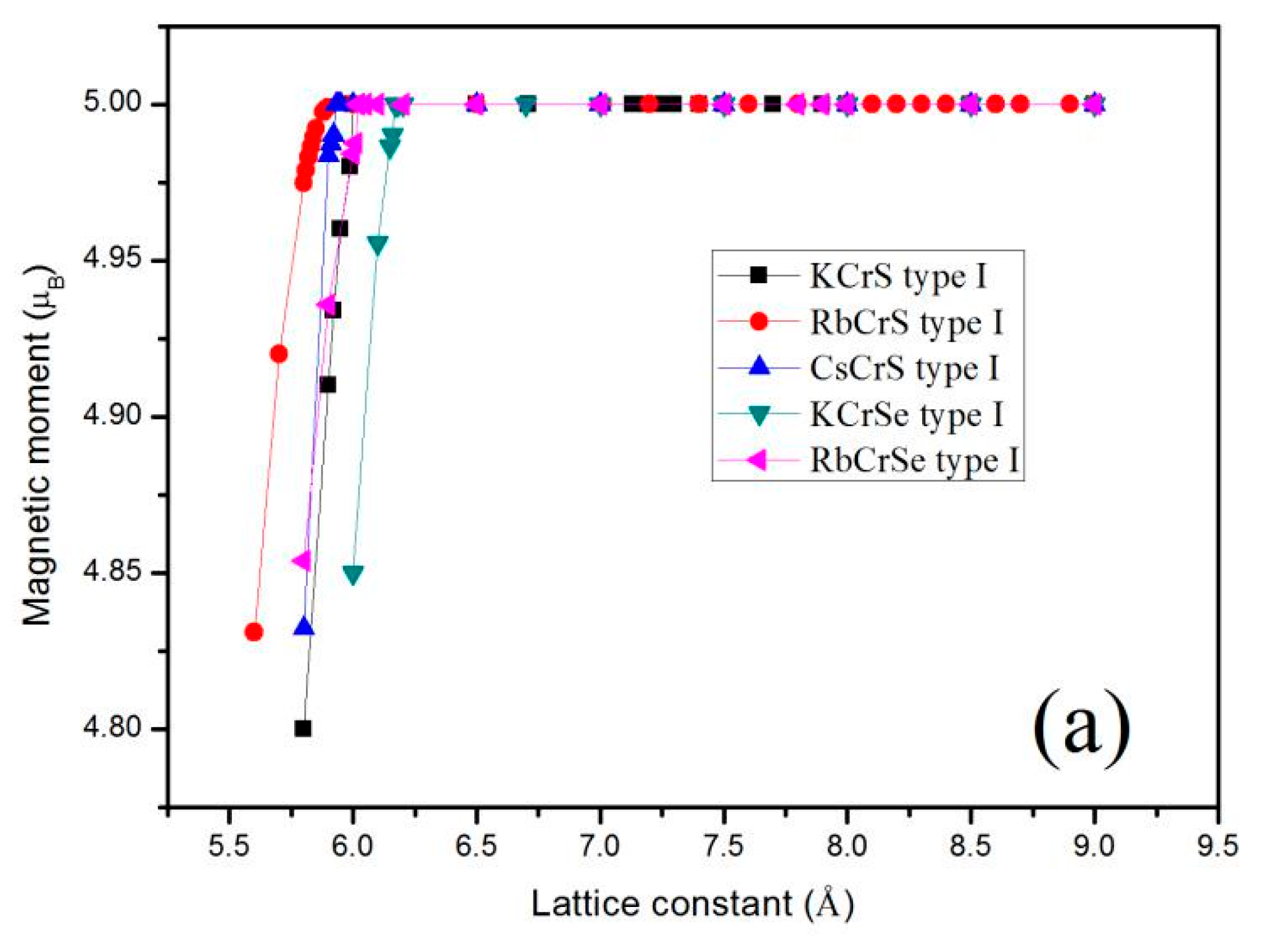 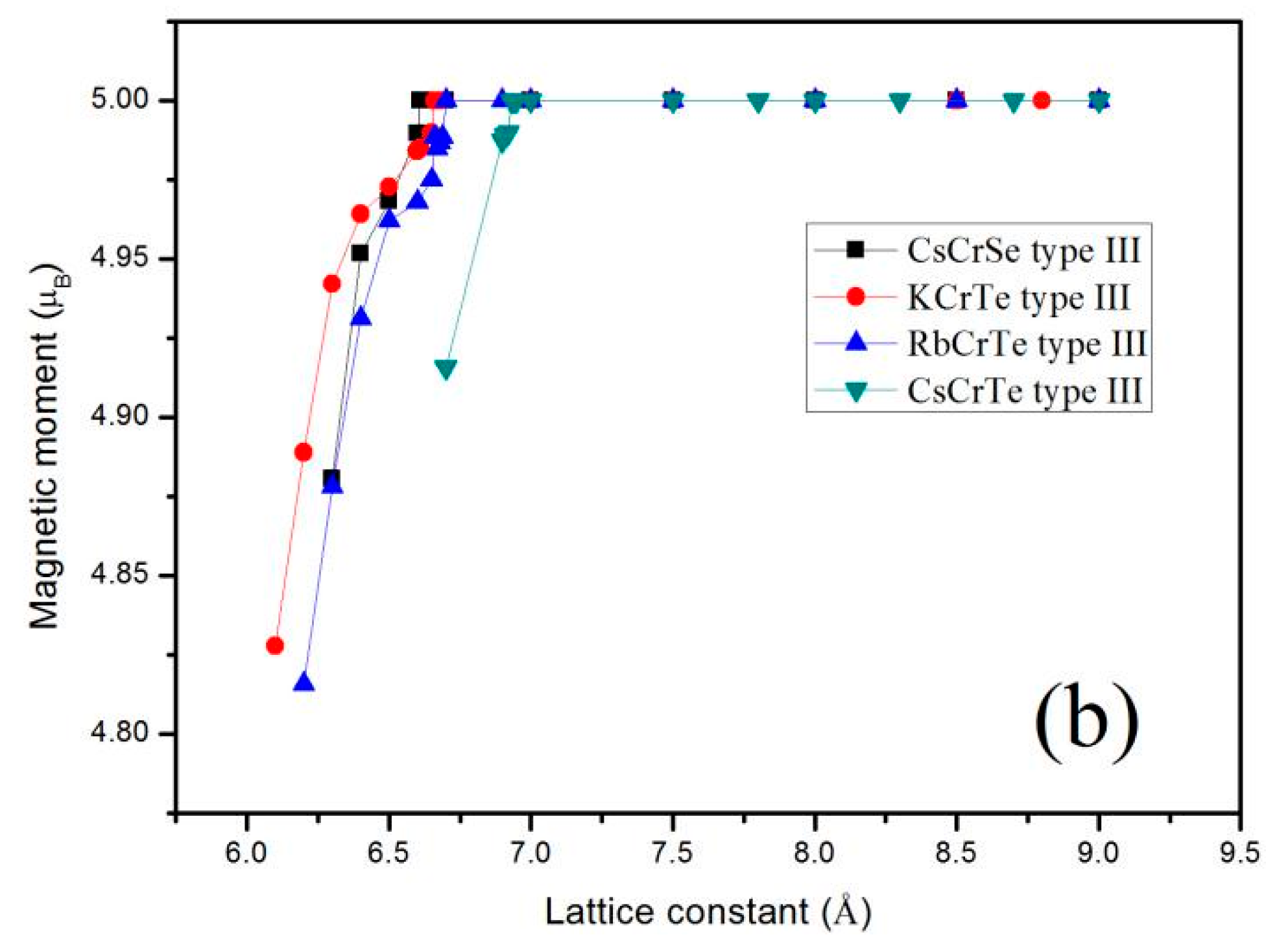 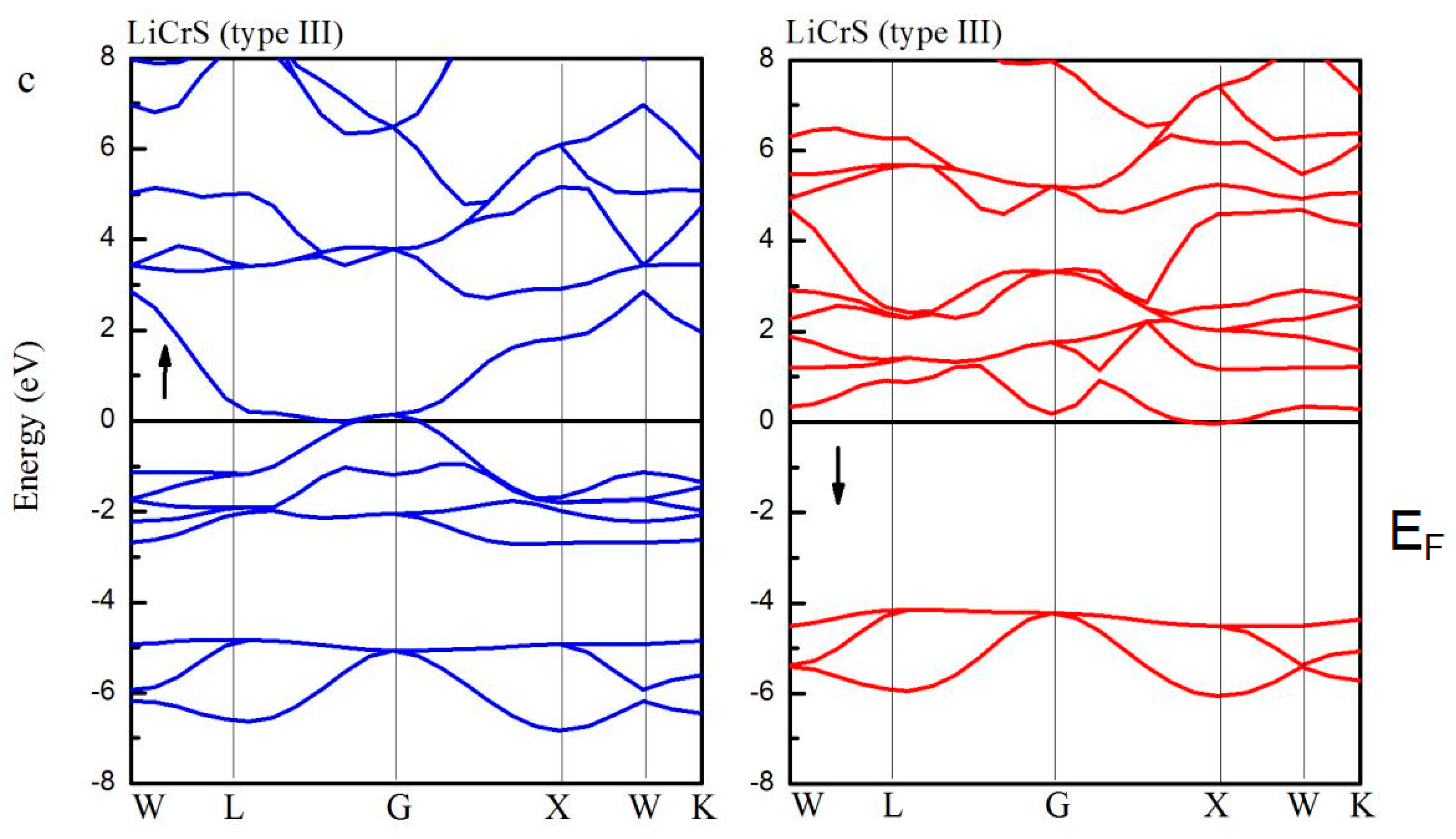 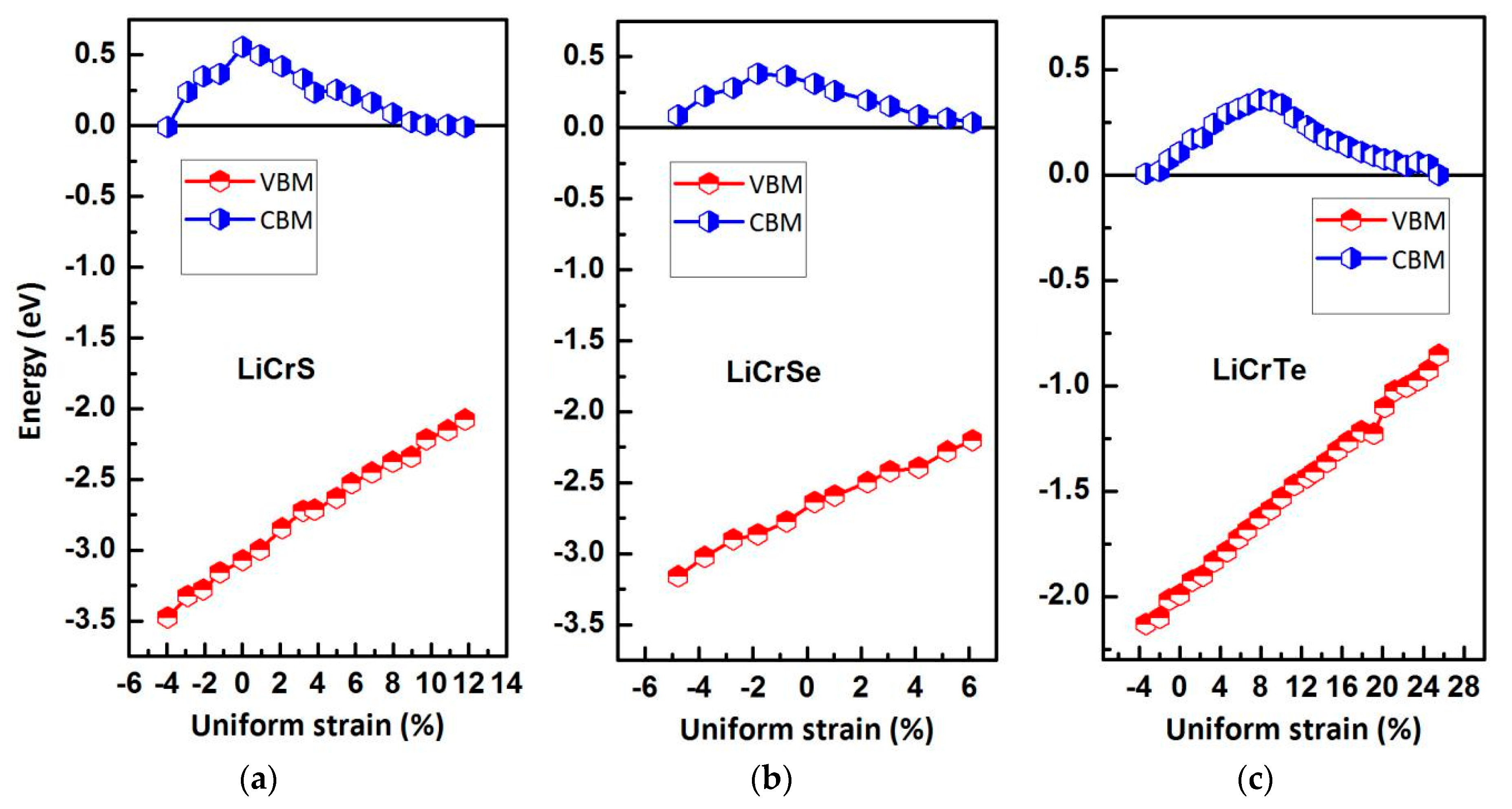 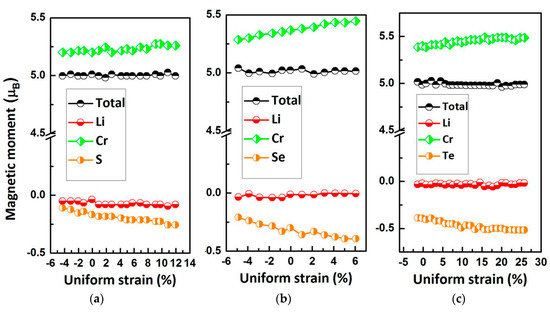 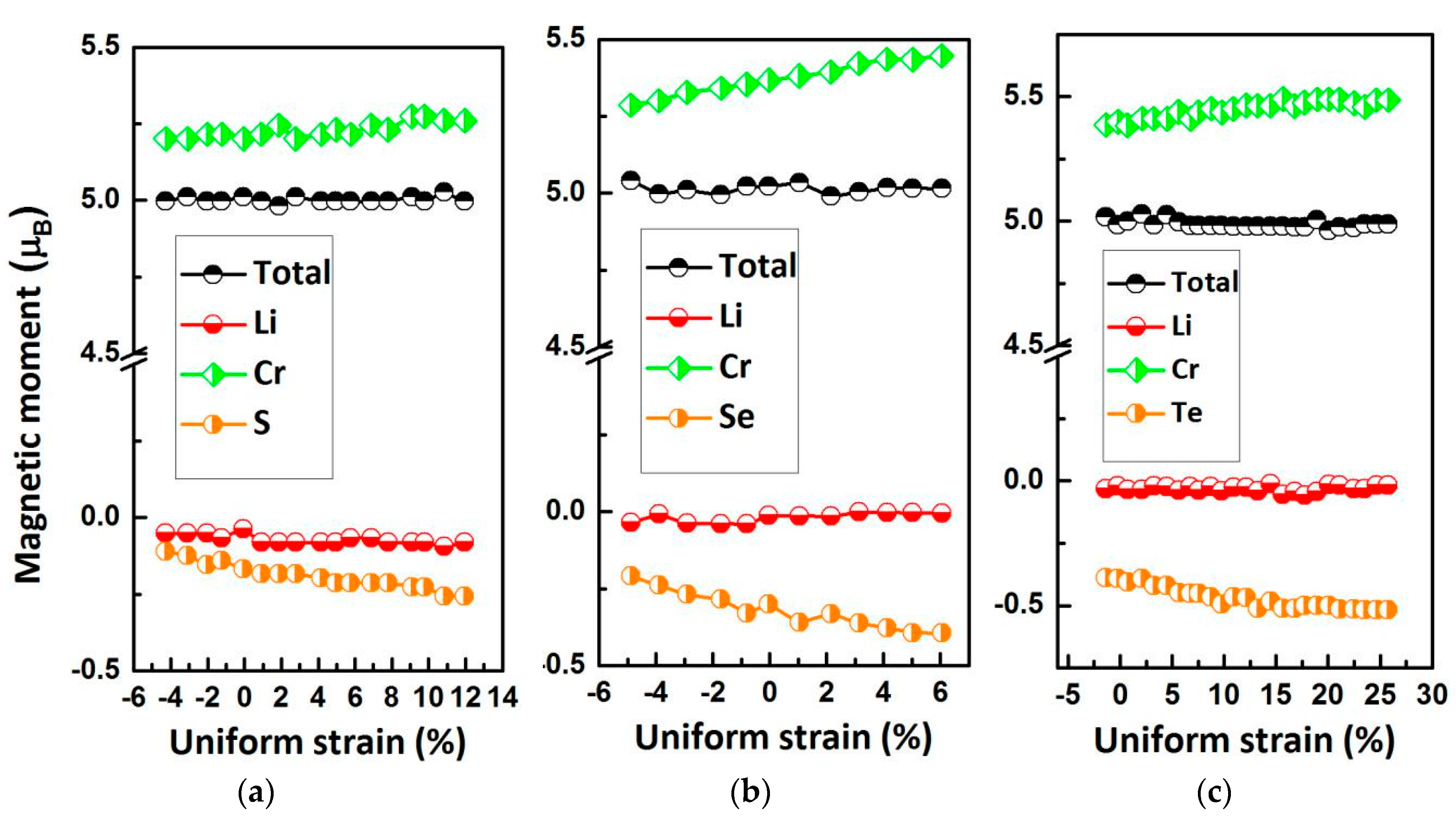 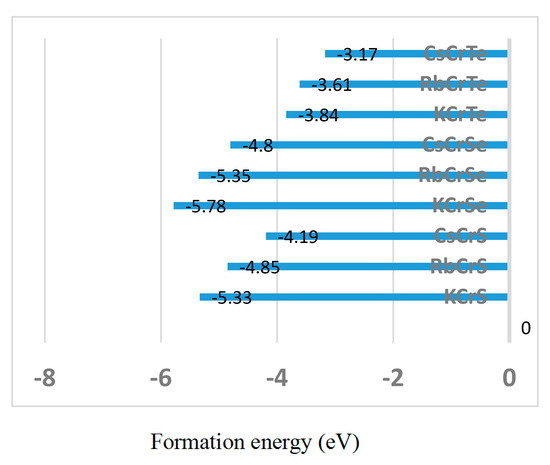