The relationship between wood weight loss and decay time was determined by measuring the average weight losses of 20 to 30 test specimens at a six-week interval over an 18-week decay period. The mass loss of sapwood and heartwood with three time points are shown in Figure 1. The mass loss of sapwood and heartwood was 33.6% and 28.2% at 12 weeks, respectively (Figure 1), which was based on the results of the species of fungus that caused the highest average wood weight loss in the test specimens. The heartwood was more durable than the sapwood. According to the classification of the natural durability of wood (Table 1), sapwood and heartwood were both slightly durable to the white-rot by Trametes versicolor (L.) Lloyd; the durability class was III. It can be seen that the mass loss for the sapwood and heartwood were similar during the whole degradation and reached 36.0% and 34.5% at the end of 18 weeks, respectively (Figure 1). The slopes of the two samples were similar, which indicates that the fungi caused similar degradation rates during the 18-week exposure period under the conditions of this study.

As fungi grew through the wood, it modified the chemical structure and removed cell wall constituents, thereby changing the mechanical properties [16]. Highly-oriented cellulose microfibrils and the encrusting hemicellulose and lignin contribute to the strength of the wood. Therefore, any changes in these components caused by decay fungi often result in sharp reductions in wood strength [17].
Three stages were divided by six-week intervals in this study, as shown in Figure 2. The mechanical properties of the sapwood and heartwood shared decreasing trends. Little difference in the modulus of rupture (MOR) between sapwood and heartwood in the same stage was consistent with the minimal difference in cellulose, which provides strength to the wood. A greater difference in the modulus of elasticity (MOE) between the sapwood and heartwood is consistent with the greater loss of hemicellulose and lignin (which gives toughness to the wood) in sapwood than in heartwood. For the heartwood, the MOR and MOE showed reductions in the first stage. The decrease of MOR and MOE seemed to be smaller in the second stage than in the last stage, respectively. For the sapwood, the MOR and MOE continued to decrease in the overall degrading period. The values decreased slowly at the first stage, while rapidly decreasing in the second and last stages. The MOE of the heartwood was still higher than the MOE of the sapwood exposed to white-rot fungus during the whole stage. This was because the more durable heartwood exhibited less mass loss and supported higher mechanical properties. For the heartwood, the total reduction of MOE was 27.5% and that of MOR was 49.5%. For the sapwood, the total reduction of MOE was 64.7% and that of MOR was 48.7%. The reduction rate of MOE for the sapwood was 3.6 times that of the heartwood, while the reduction rate of MOR was similar with heartwood. The results elucidated that the white-rot fungus had a greater influence on the mechanical properties (especially with respect to the modulus of elasticity (MOE)) for the sapwood.

Figure 3a shows the untreated wood. In the white-rot fungus infection, the mycelium spread in all forms of cells during the whole degradation (Figure 3b), especially in the resin and wood ray cells [18]. Hyphae spread in the wood mainly by penetrating pits, although they can also penetrate the cell wall directly (Figure 3c). The mycelium close to the surface of the cell walls was clothed with a glucan sheath and released a variety of enzymes [19]. Thus, these enzymes gradually digested the cell walls and produced monosaccharide nutrients [19]. In addition to enzymes acting directly, the fungal conversion and attack on lignocellulose progresses at a distance from the hyphae with the help of small diffusible oxidants and secreted metabolites. Usually, the digested monosaccharide was absorbed through the sticky sheath by the hyphae. Hyphae in the wood did not enter cells’ corners, but only gradually cut cell walls thinner through the sticky sheath close to the cell wall surface (Figure 3d). When the Chinese fir wood was eroded by white-rot fungus (Figure 3e), the cell corner erosion [20] led to the reduction of the MOE and MOR. Scanning electron microscopy (SEM) revealed that the white-rot fungus colonized the lumen of various wood cell types in Chinese fir, penetrated cell walls via pits, caused erosion troughs and bore holes, and removed all cell layers [16].
After the wood was degraded by white-rot fungus, the tracheid form of wood changed correspondingly (Figure 3f,g). The end and the middle parts of the tracheid became rough, as shown by the arrow marked. It decreased the connectivity of wood tracheid and resulted in the reduction of the mechanical properties.

The white-rot fungus was collected and purified at the Research Institute of Forest Ecology Environment and Protection, Chinese Academy of Forestry (CAF). The white-rot fungus used in this study was directly bought from CAF. Fungal pure cultures were held on the potato dextrose agar (PDA) in Petri dishes in accordance with Huang [16] (Figure 6a). Wood disks were cut from two 37-year-old Chinese firs (Cunninghamia lanceolata (Lamb.) Hook.) at breast height. The diameter of the disk was 28.6 cm. The thickness of the disks was 10 cm–15 cm, as shown in Figure 6b. The sapwood and heartwood were distinguished by their color. The areas A and B in Figure 6b show the sapwood and heartwood used in this study, respectively. The disks were air-dried to 23 ± 2% moisture content and then divided into sapwood and heartwood. Specimens with a size of 50 mm × 10 mm × 5 mm (longitudinal × radial × tangential) were prepared for the following experiments. The treated sample preparation is shown in Figure 6c. The measured data was analyzed by the Statistic Package for Social Science (SPSS 19, IBM, Chicago, IL, USA) [30].

Samples were dried in an oven at 103 ± 3 °C and weighed, after which sterilization was performed at 121 °C for 20 min. After completing the growth of the fungal mycelia in Petri dishes, the wood blocks were exposed to grown mycelia on PDA in Petri dishes. Conditioned specimens were incubated for six, 12, and 18 weeks at 28 °C and 78% relative humidity (RH). Mycelia were removed from the block surfaces after the incubation. The blocks were dried at 103 ± 3 °C and weighed again to calculate the mass loss (ML) according to Equation (1) (GB/T 13942.1-2009) [15]: where M1 (g) and M2 (g) are the dry mass before and after incubation, respectively.
The natural durability classification of the test species was examined according to GB/T 13942.1-2009 [15], as shown in Table 1. This was based on the results of the species of fungus that caused the highest average wood weight loss in the test specimens after an exposure period of 12 weeks.

The samples for three-point bending were tested according to ASTM-D143-94 [31] with a displacement rate of 1 mm/min. The length, width, and thickness of each specimen were recorded. Dimensions of the specimens were prepared with the following ranges: length (along the longitudinal direction), 49–50 mm, width (along the radial direction) 9–10 mm, and thickness (along the tangential direction), 3–4 mm. Span was set with the span-to-depth ratio of no less than 16 to avoid shear stresses. Ten replicates were tested in this section.

Blocks of 5 mm × 1 mm × 1 mm (longitudinal × radial × tangential) were placed in test tubes with the mixed solution (the ratio of 30% H2O2 and CH3COOH is 1:1) in the furnace (60 °C) until the tracheid turned white. The tracheid was washed with distilled water until the pH was neutral. After that, the blocks were stirred into floccule to extract single tracheid prepared for further observations. A stereomicroscope (SMZ-168-BL, Xiamen, China) was used for tracheid morphology observation.

An environment scanning electron microscope (XL30 ESEM FEG, FEI Co., Hillsboro, OR, USA) was used for observation. Blocks of untreated and treated specimens were cut into pieces of 5 mm × 4 mm × 4 mm (longitudinal × radial × tangential) with three replications for each direction. The specimens were first trimmed with razor blades and then a sliding microtome. Finally, specimens were carefully placed on ESEM stubs and gold-coated by a sputter coater to obtain a thickness of about 12 nm.

Changes in the chemical compositions of wood cell walls in the untreated and the treated wood were evaluated on the basis of Chinese National Standards for carbohydrate analysis [6,32]. The treated specimens were dried, milled, and then passed through a sieve (the size of the mesh is 420 μm) to determine the mass fraction of the lignin, cellulose, extraction, and holocellulose, according to GB/T 747-2003 [33], GB/T 744-1989 [34], GB/T 2677-1994 [35], and GB/T 2677.10-1995 [36], respectively. The hemicellulose was calculated by the following equation: where Chemi is the average mass fraction of hemicellulose, and Cholo and Ccell are the average mass fraction of holocellulose and cellulose, respectively. Two replicates were tested in this section.

X-ray Diffraction Measurements measurements were performed to assess the crystalline properties of air-dried wood cell walls by an X-ray diffractometer (AV300, Panalytical Co., Amsterdam, The Netherlands). Three replicates were tested in this section. The reflection technique was used for all measurements. The incident X-ray radiation was the characteristic Cu X-ray passing through a nickel filter with a power of 30 kV and 30 mA. The cellulose crystallinity in the fir wood cell walls was calculated by the following Segal method [37,38]: where Cs is the crystallinity (%), I200 is the reflection intensity of (200) plane diffraction, and IAm is the intensity at the minimum near 18.5° of 2θ angle. The Segal method is simple to apply and does not require peak separation between (110) and (110) reflections.
The Scherrer equation, in X-ray diffraction and crystallography, relates the size of sub-micrometer particles, or crystallites, in a solid to the broadening of a peak in a diffraction pattern [39]. It is used to determine the size of crystal particles in the form of a powder. The Scherrer equation used to calculate the mean size of ordered (crystalline) domains can be written as: where D is the mean size of the ordered (crystalline) domains, which can be smaller than or equal to the grain size, and K is a dimensionless shape factor, with a value close to unity. The shape factor has a typical value of about 0.9, but varies with the actual shape of the crystallite. β is the line broadening at half the maximum intensity, after subtracting the instrumental line broadening, in radians. This quantity is also sometimes denoted as Δ(2θ). Finally, θ is the Bragg angle (in degrees), and λ is the X-ray wavelength (0.154178 nm).

The results in this study led to the following conclusions:

The authors declare no conflict of interest. The funding sponsors contributed reagents/materials/analysis tools in this paper. 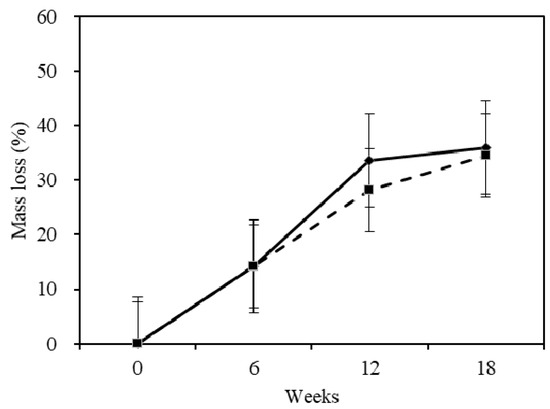 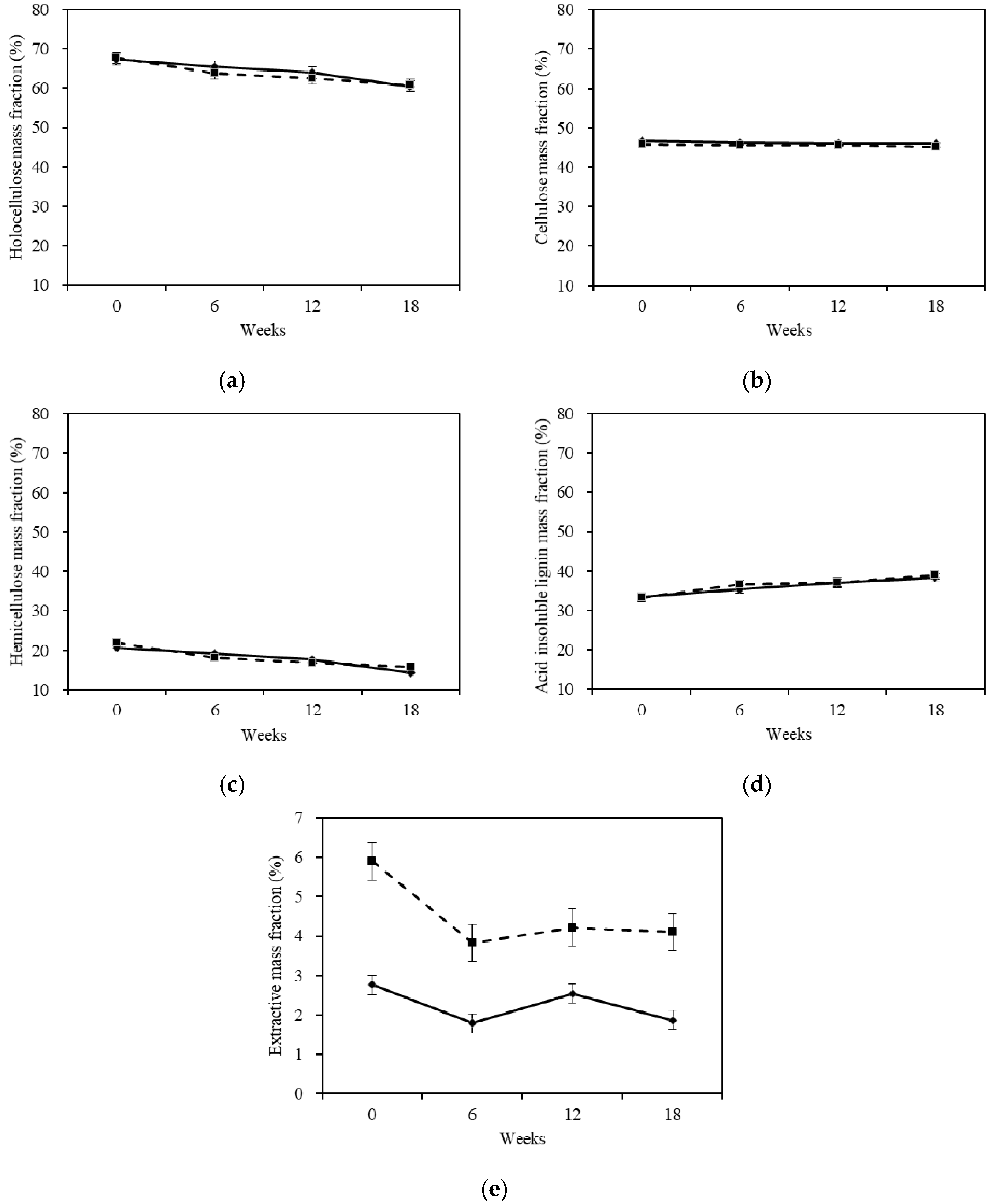