Monoclinic 122-Type BaIr2Ge2 with a Channel Framework: A Structural Connection between Clathrate and Layered Compounds
Next Article in Special Issue

The Property, Preparation and Application of Topological Insulators: A Review
Previous Article in Special Issue

Hydrocarbon contamination accumulated on titanium (Ti) implant surfaces during storage and sterilization is unavoidable and difficult to remove. It impairs the bioactivity of implants, restricts initial interactions between implants and the surrounding biological environment, and has become a common challenge for Ti implants. To overcome this problem, sterilization was considered as the final surface modification and a novel method, hydrothermal sterilization (HS), was proposed. Briefly, stored sandpaper-polished Ti specimens were sterilized in a glass container with pure water at 121 °C for 20 min and kept in the same water until utilization. As a control, another group of specimens was sterilized with conventional autoclaving (AC) at 121 °C for 20 min and stored in sterilization pouches after being dried at 60 °C. Compared with AC, HS deposited numerous nano-sized particles on the substrates, reduced the atomic percentage of the surface carbon, and transformed the Ti surface to a super hydrophilic status. HS also increased the attachment rate, spread, proliferation, and the mineralized nodule areas of rat bone marrow-derived osteoblasts. These results suggest that HS enhances the bioactivity of Ti implants for osteoblasts, and that this biofunctionalization was attributed to nanostructure construction, hydrophilic conversion, and the effective removal of hydrocarbons. Hydrothermal sterilization is proposed to be used as a universal sterilization method for all kinds of titanium implants without apatite coating. View Full-Text
Keywords: titanium implant; surface contamination; sterilization; hydrothermal; osteoblast titanium implant; surface contamination; sterilization; hydrothermal; osteoblast
►▼ Show Figures 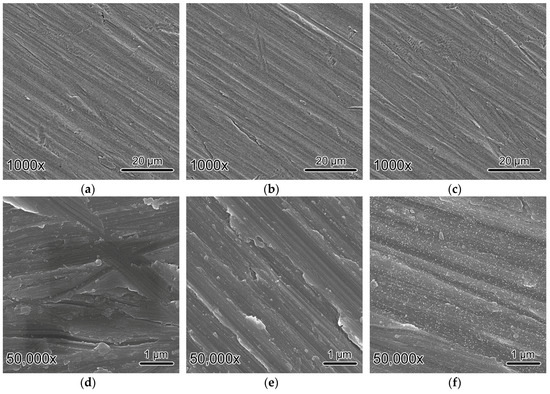