China’s emissions continue to rise rapidly in line with its mounting energy consumption, which puts considerable pressure on China to meet its emission reduction commitments. This paper assesses the impacts of CO2 mitigation measures in China during the period from 2010 to 2050 by using a computable general equilibrium method, called AIM/CGE. Results show that renewable energy makes a critical difference in abating emissions during the period from 2010 to 2020. The scenarios with emission trading would drive more emission reductions, whereby the emission-cutting commitment for 2020 would be achieved and emission reductions in 2050 would be more than 57.90%. Meanwhile, the share of non-fossil energy increases significantly and would be more than doubled in 2050 compared with the BAU scenario. A carbon tax would result in a significant decline in emissions in the short term, but would have an adverse effect on economic growth and energy structure improvements. It is also observed that the integrated measures would not only substantially decrease the total emissions, but also improve the energy structure. View Full-Text
Keywords: emission mitigation; AIM/CGE model; renewable energy; emission trading; carbon taxes emission mitigation; AIM/CGE model; renewable energy; emission trading; carbon taxes
►▼ Show Figures 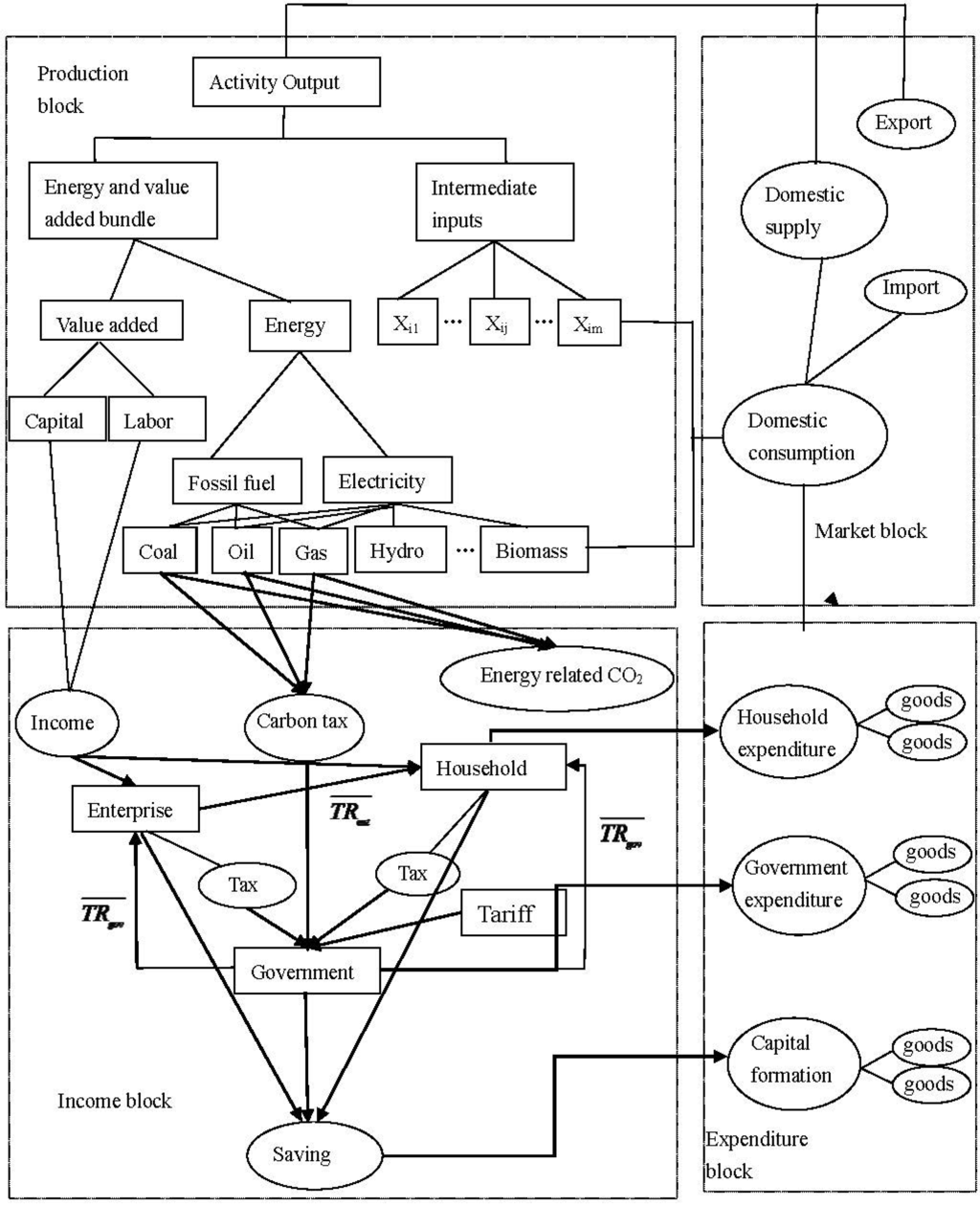