We translate between energetic and economic metrics that characterize the role of energy in the economy. Specifically, we estimate monetary expenditures for the primary energy and net external power ratio (NEPR direct ; NEPR, net external power ratio), a power return ratio of annual energy production divided by annual direct energy inputs within the energy industry. We estimate these on an annualized basis for forty-four countries from 1978 to 2010. Expressed as a fraction of gross domestic product (GDP), f e , GDP , the forty-four country aggregate (composing >90% world GDP) worldwide expenditures on energy decreased from a maximum of 10.3% in 1979 to a minimum of 3.0% in 1998 before increasing to a second peak of 8.1% in 2008. While the global f e , GDP fluctuates significantly, global NEPR direct declined from a value of 34 in 1980 to 17 in 1986 before staying in a range between 14 and 16 from 1991 to 2010. In comparing both of these metrics as ratios of power output over power input, one economic ( f e , GDP - 1 ) and one biophysical (NEPR direct ), we see that when the former divided by the latter is below unity, the world was in a low-growth or recessionary state. View Full-Text
Keywords: energy; net energy; economics; cost share; input-output; transition energy; net energy; economics; cost share; input-output; transition
►▼ Show Figures 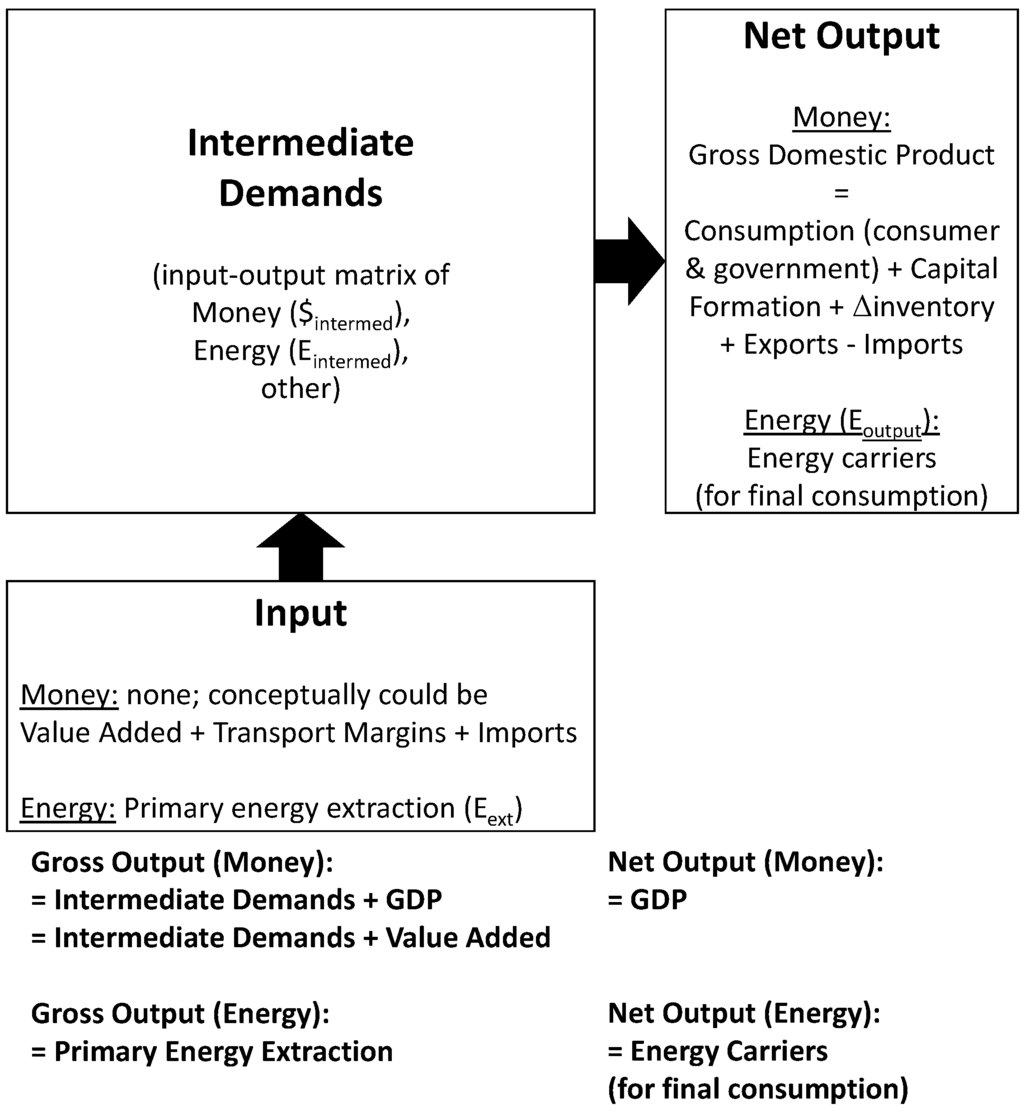