I use energy cost share to characterize the role of energy in the economy. Specifically, I use an estimate of monetary expenditures for primary energy on an annualized basis for forty-four countries from 1978 to 2010 for natural gas, coal, petroleum, and electricity. I show that global energy cost share is significantly correlated to a one-year lag in the change in gross domestic product as well as measures of total factor productivity. Given the historical reduction in the relative cost of energy (including food and fodder for animate power) since the start of the Industrial Revolution, combined with a global energy cost share estimate, I conclude that the turn of the 21st Century represents the time period with the cheapest energy in the history of human civilization (to date). This potential historical nadir for energy expenditures around 2000 has important ramifications for strategies to solve future social, economic, and environmental problems such as reducing annual emissions of greenhouse gases (GHGs). Rapidly decreasing annual GHG emissions while internalizing their costs into the economy might feedback to increase energy expenditures to such a degree as to prevent economic growth during that transition. View Full-Text
Keywords: energy; net energy; economics; input–output; cost share; transition energy; net energy; economics; input–output; cost share; transition
►▼ Show Figures 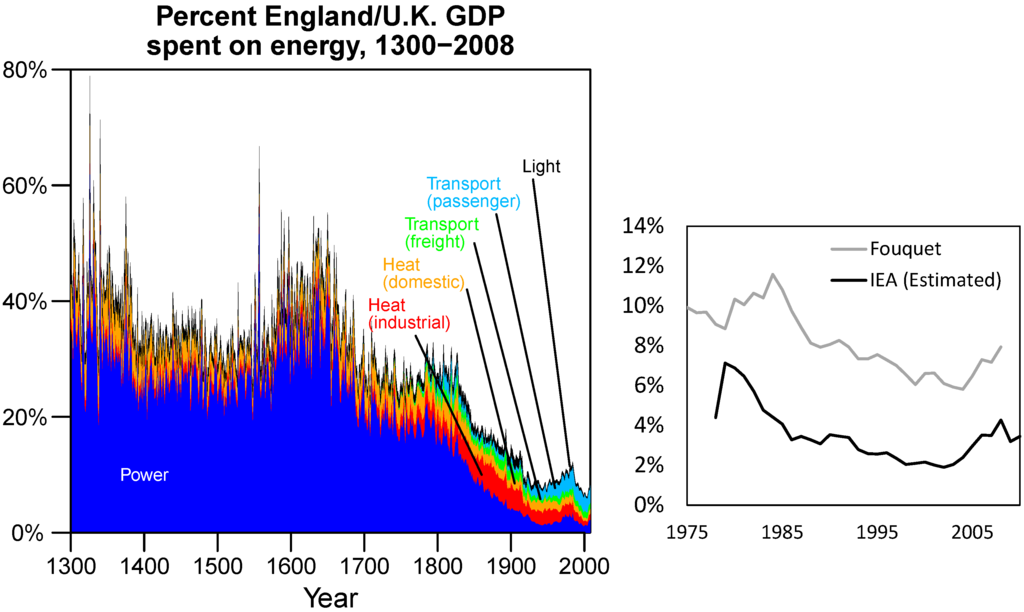