Bi-Triggering Energy Harvesters: Is It Possible to Generate Energy in a Solar Panel under Any Conditions?
Previous Article in Journal

(1) Introduction: The European Union is a global leader in the transition to a low-carbon economy. The community’s population has already reduced greenhouse gas emissions by 22%, while the gross domestic product (GDP) in its member states increased by 58% between 1990 and 2017. The Union has shown that economic growth is possible in the link between politics, nature, and the citizens’ eco-empathy. It has implications for both the European and global economy, infrastructure, food production, public health, and biodiversity, the formula for political stability. The hallmark of the European Union is the blending of politics, culture, and nature in its quest for climate neutrality. The community’s horizon is a zero-emission economy by 2050. (2) Theoretical framework: The cognitive assumptions of the article are the following theses: 1. The Union strives to accelerate the transition process to a regenerative growth model using technologies for obtaining and distributing energy for individual and collective needs; 2. The Union and the European citizens want to hand over more to planet Earth than they take away from it, thus making progress toward keeping resource consumption within planetary limits. 3. The Union aims to reduce its consumption footprint and double the rate of applying closed-loop materials in the next decade. Finally, it fits in with the organization’s policy projections. (3) Methodology and research results: Qualitative and quantitative research methods were used in the research process. The literature has been analyzed on the subject and the applicable legal acts, making it possible to classify, generalize, describe, and systematize the facts collected during the research. A survey was conducted on 1106 students, and in-depth interviews were conducted with three energy experts: Krzysztof Tomaszewski (the University of Warsaw, researcher and lecturer on energy security issues), Dariusz Pachniewski (inventor in energy sector, businessman in hydrogen energy sector), and Tomoho Umeda (President of Polish Chamber of Commerce). The research aimed to identify the environmental and energy awareness, knowledge of renewable energy sources, and opinions of young Poles on their use in two areas: home and work. (4) Discussion: The reinforced narrative of creating a low-carbon society, a green economy, was adapted and evaluated for innovative individual and collective approaches in the research conducted in this paper. In the quantitative and qualitative samples, the assumptions made were double-checked. The former verified the students’ views, while the latter, the experts’ views. The procedure established the directions of knowledge evolution and approach to technologies and innovations among students of technical faculties related to the energy sector. There were existing individual and collective mental constructs on energy transition and climate neutrality identified. (5) Conclusions: The surveys conducted among university students of energy-related majors and specialties and experts revealed important information. First, it concerned the way knowledge is communicated and how it is interpreted; second, informing and implementing the European Union’s climate policy; third, the creation of a low-carbon society; fourth, the perception of climate neutrality among young Poles, and finally, preferences in energy generation and use in homes and businesses. View Full-Text
Keywords: environmental awareness; energy awareness; renewable energy sources; EU Green Deal environmental awareness; energy awareness; renewable energy sources; EU Green Deal
►▼ Show Figures 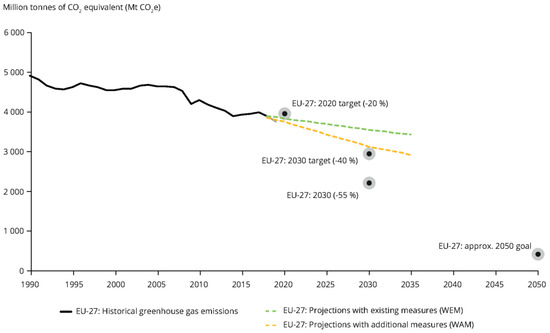