Towards 100% Renewables by 2030: Transition Alternatives for a Sustainable Electricity Sector in Isla de la Juventud, Cuba

Renewable Energy Sources (RES) have become increasingly desirable worldwide in the fight against global climate change. The sharp decrease in costs of especially wind and solar photovoltaics (PV) have created opportunities to move from dependency on conventional fossil fuel-based electricity production towards renewable energy sources. Renewables experience around 7% (in 2018) annual growth rate in the electricity production globally and the pace is expected to further increase in the near future. Cuba is no exception in this regard, the government has set an ambitious renewable energy target of 24% RES of electricity production by the year 2030. The article analyses renewable energy trajectories in Isla de la Juventud, Cuba, through different future energy scenarios utilizing EnergyPLAN tool. The goal is to identify the best fit and least cost options in transitioning towards 100% electric power systemin Isla de la Juventud, Cuba. The work is divided into analysis of (1) technical possibilities for five scenarios in the electricity production with a 40% increase of electricity consumption by 2030: Business As Usual (BAU 2030, with the current electric power system (EPS) setup), VISION 2030 (according to the Cuban government plan with 24% RES), Advanced Renewables (ARES, with 50% RES), High Renewables (HiRES, with 70% RES), and Fully Renewables (FullRES, with 100% RES based electricity system) scenarios and (2) defining least cost options for the five scenarios in Isla de la Juventud, Cuba. The results show that high penetration of renewables is technically possible even up to 100% RES although the best technological fit versus least cost options may not favor the 100% RES based systems with the current electric power system (EPS) setup. This is due to realities in access to resources, especially importation of state of the art technological equipment and biofuels, financial and investment resources, as well as the high costs of storage systems. The analysis shows the Cuban government vision of reaching 24% of RES in the electricity production by 2030 can be exceeded even up to 70% RES based systems with similar or even lower costs in the near future in Isla de la Juventud. However, overcoming critical challenges in the economic, political, and legal conditions are crucially important; how will the implementation of huge national capital investments and significant involvement of Foreign Direct Investments (FDI) actualize to support achievement of the Cuban government’s 2030 vision? View Full-Text
Keywords: Isla de la Juventud; electrical power system; renewable energy; EnergyPLAN; economic analysis; 100% renewable electric system Isla de la Juventud; electrical power system; renewable energy; EnergyPLAN; economic analysis; 100% renewable electric system
►▼ Show Figures 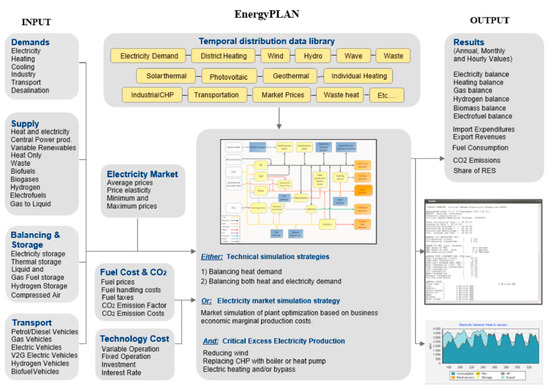