With the increased commercialization of high-temperature superconducting (HTS) power cables cooled using liquid nitrogen and the use of liquefied natural gas as fuel, the need for large-capacity reverse Brayton cryogenic systems is gradually increasing. In this paper, the thermodynamic design of a reverse Brayton cryogenic system with a cooling capacity of the 2 kW class at 77 K using neon as a refrigerant is described. Unlike conventional reverse Brayton systems, the proposed system uses a cryogenic turbo-expander, scroll compressor, and plate-type heat exchanger. The performance test conducted on the fabricated system is also described. The isentropic efficiency of the cryogenic turbo-expander was measured to be 86%, which is higher than the design specification. The effectiveness of the heat exchanger and the flow rate and operating pressure of the refrigerant were found to be lower than the design specifications. Consequently, the refrigeration capacity of the fabricated reverse Brayton cryogenic system was measured to be 1.23 kW at 77 K. In the future, we expect to achieve the targeted refrigeration capacity through further improvements. In addition, the faster commercialization of HTS power cables and more efficient storage of liquefied natural gas will be realized.
Keywords: cryogenic; cooling system; reverse Brayton cycle; LNG; HTS power cable cryogenic; cooling system; reverse Brayton cycle; LNG; HTS power cable

This research was funded by the Ministry of Science and ICT (MSIT), Government of South Korea (NK225D). 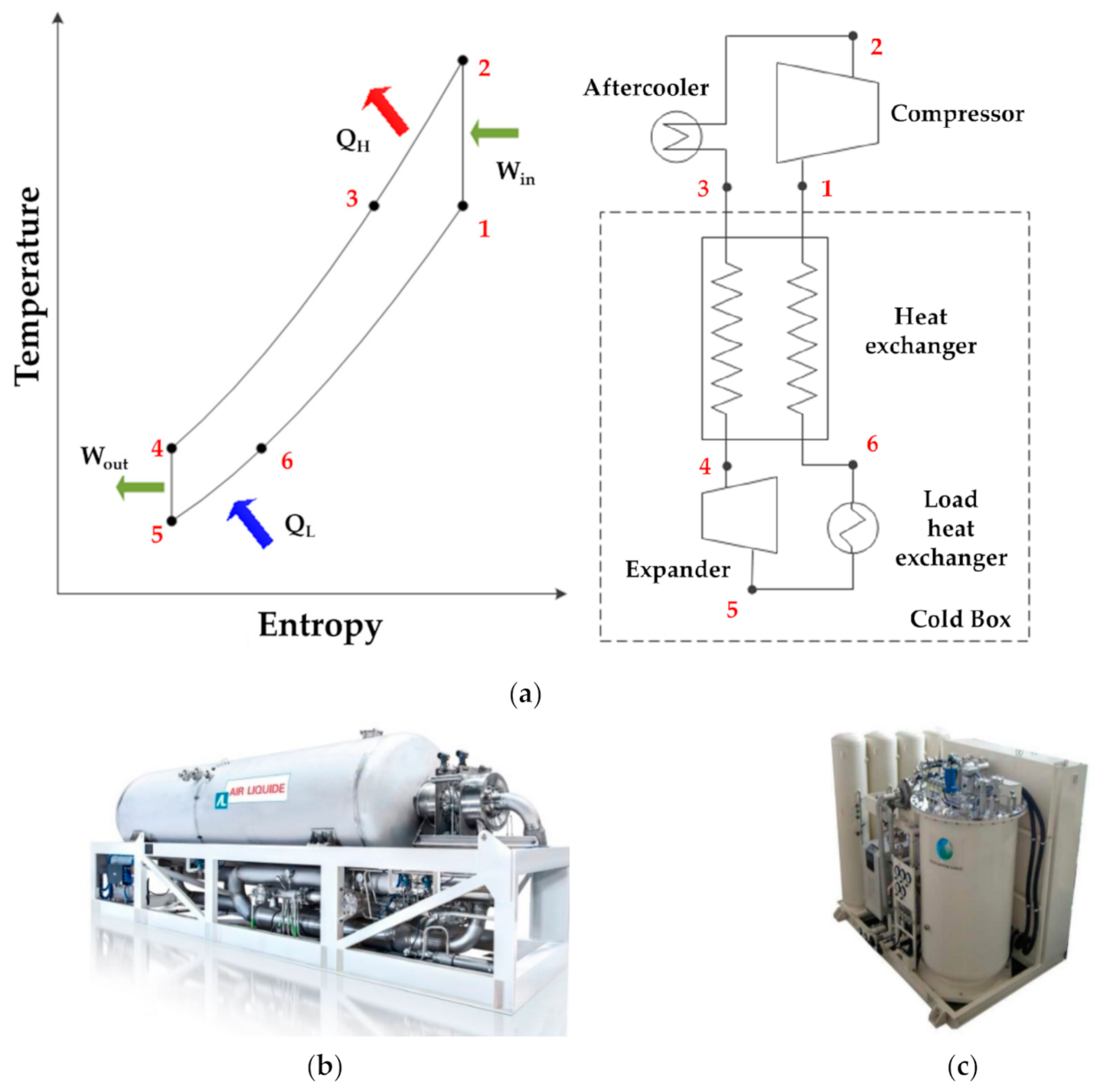 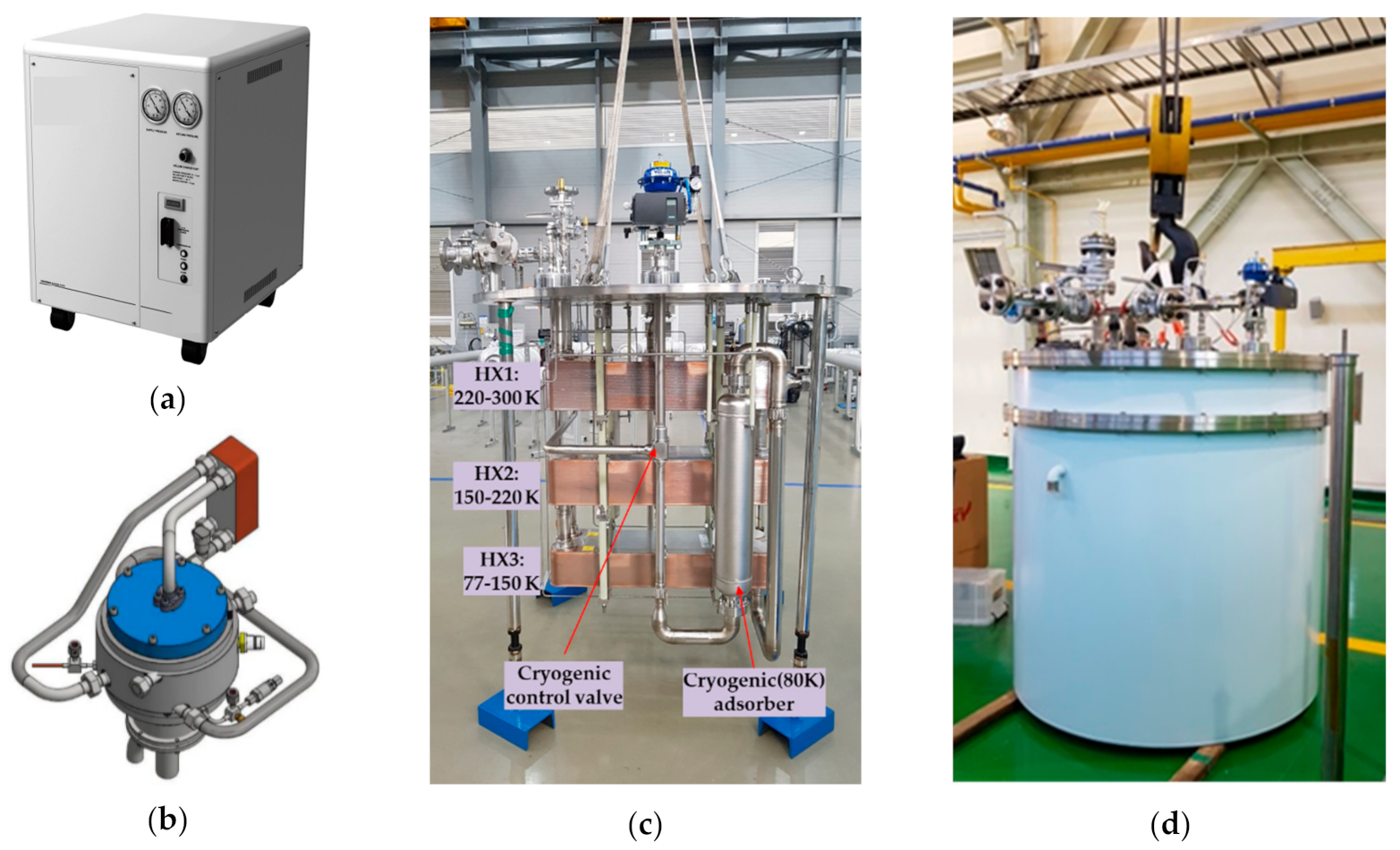 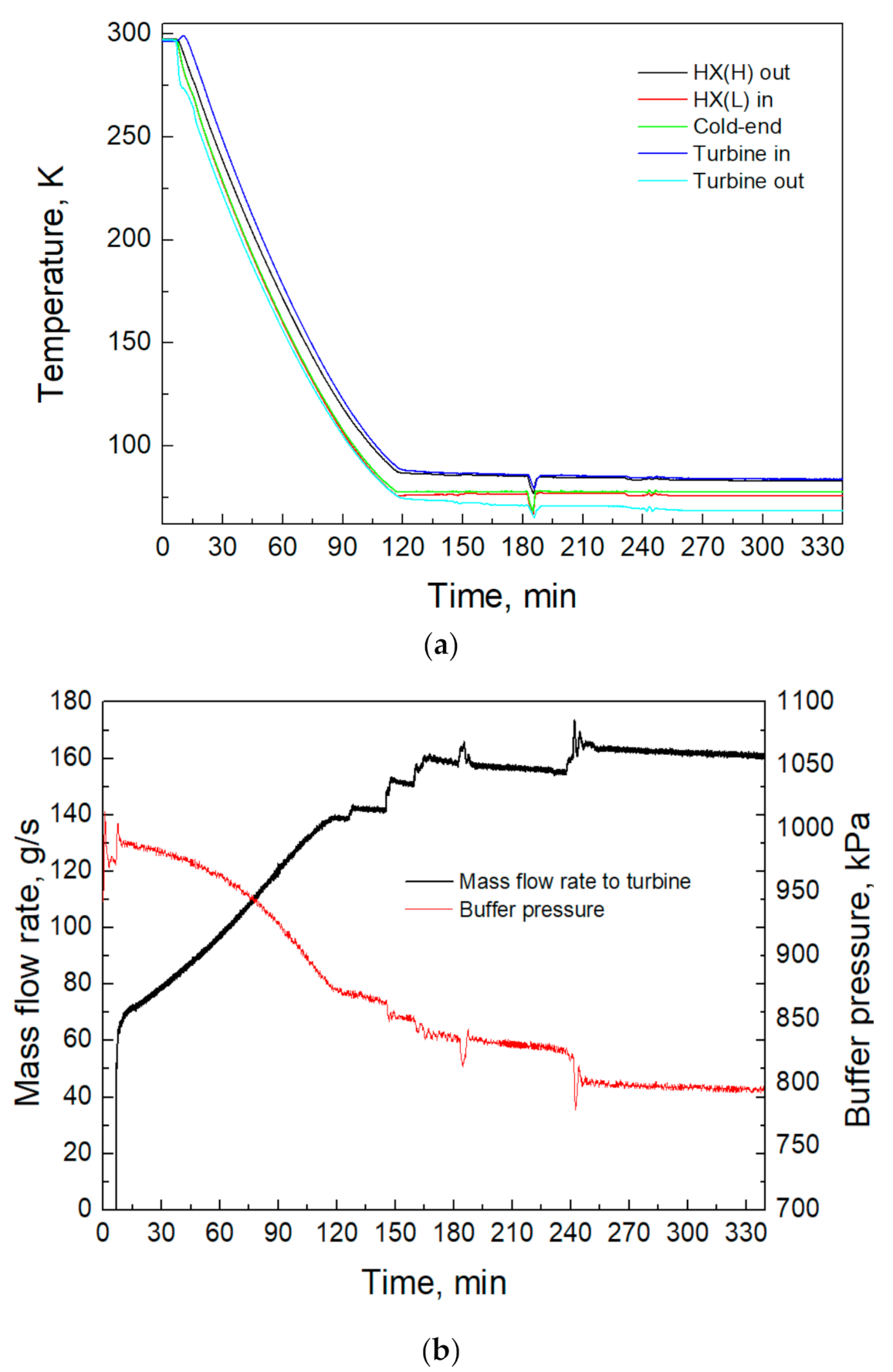 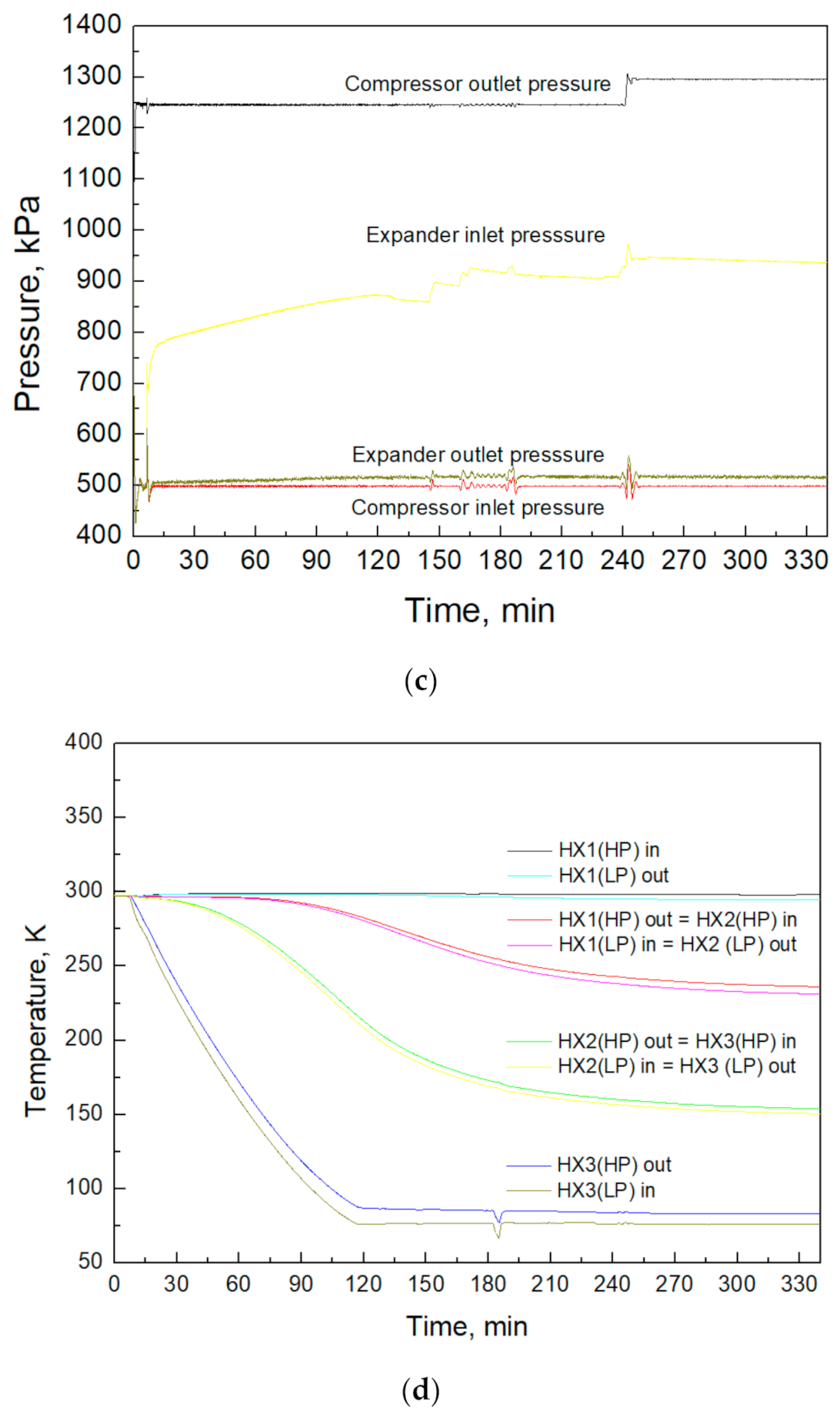 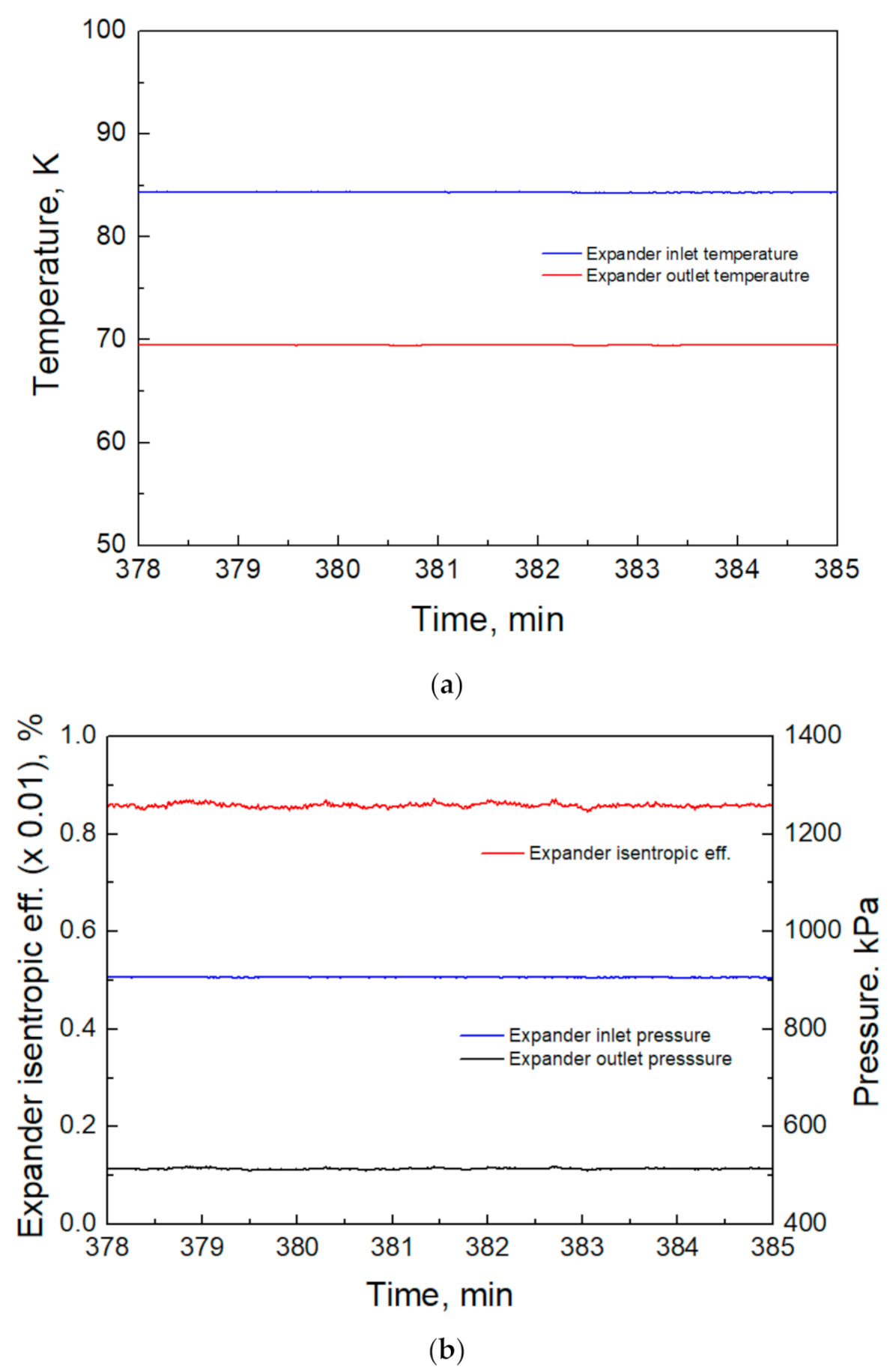