2.2. Verification of the Mathematical Model

Analysis of the calculation results, using the developed mathematical model, implemented into a complex simulation model of a diesel engine, makes it possible to reveal the general patterns of the influence of various factors on the characteristics of engine processes with water and fuel injection into the intake manifold, which can be illustrated with specific examples.
A preliminary calculation showed that the farther from the nozzle along the length of the gas-air duct its element is, the greater the delay in the change and subsequent stabilization of the vapor concentration. For the inlet channels of the head of the first (counting from the injector installation site) cylinder, the delay is 0.2–0.3 s. (Figure 6).
The amplitude of the change in vapor concentration depends on the volume of the element, gas and thermodynamic conditions, the largest amplitude (±0.00016 kg/kg or ±2.4%)—at the place where the nozzle is installed. In the channels of the cylinder head, the concentration of vapors is practically constant and decreases by up to 0.8% at the moment the intake valve opens. The slight difference in the rate of concentration change is caused by the longer duration of the water evaporation delay, which is clearly expressed for the location of the nozzles and is practically zero for the inlet of the head. The stepped nature of the change in the concentration of vapors in the inlet channel of the cylinder head is explained by the cyclic opening and closing of valves and, accordingly, the dynamics of gas flow in its volume.
The effect of the evaporation of fuel and water on the temperature of the gases in the elements of the gas-air duct is shown in Figure 7. It should be noted that the average temperature of the gases in front of the inlet bodies is lower than at the place of installation of the nozzles. This is caused by heat loss through the walls of the elements of the gas-air path, which are taken into account in the calculation. The gas pressure does not change as noticeably as the temperature, although some reduction occurs.
Figure 8 shows that the duration of the transition process from the moment the fuel and water supply to the intake manifold starts to stabilize the torque value is 0.2–0.3 s. This must be taken into account if the results of a one-dimensional calculation of processes in the gas-air duct are used to set the boundary conditions when simulating processes in a combustion chamber (for example, in CFD calculations).
The period of delay in the evaporation of fuel and water should not exceed the time for drops of fuel to reach the outlet from the manifold. Droplets entering the combustion chamber can adversely affect engine performance due to additional cooling of the cylinder walls due to their evaporation. Based on this condition, as well as depending on the value of the maximum cyclic fluid supply, the maximum permissible diameter of the spray holes and the distance from the nozzles to the outlet from the manifold should be determined. Figure 9 shows the influence of the temperature of gases at the inlet to the intake manifold on the concentration and the period of delay in the evaporation of fuel and water.
For the engine under consideration, the time for fuel droplets to reach the exit from the manifold is 0.024–0.026 s, and the maximum permissible diameter of the spray holes is 0.6 mm, the time for water droplets to exit the manifold is 0.024–0.030 s, the maximum permissible diameter spray holes 0.7 mm. As can be seen from Figure 9, the time of evaporation of liquid droplets in the considered range of temperatures of gases at the inlet to the intake manifold does not exceed the time for the non-evaporated droplets to reach the outlet from the manifold.
When developing an engine, it is important to comply with the limitations on the mechanical loading of its parts, which can be estimated by the value of the maximum gas pressure in the combustion chamber. Figure 10 shows the dependence of the maximum gas pressure in the combustion chamber on the cyclic supply of fuel and water to the intake manifold. Restrictions can be fulfilled by changing the angle of the start of injection of the main portion of fuel into the combustion chamber. The rational value of the angle (4 degrees of crankshaft rotation less than that of the engine without fuel and water injection into the intake manifold) was justified during the calculation.
Using a simulation model, the power dependences (relative to the nominal value for a serial diesel engine) of the engine on the supply of fuel and water to the intake manifold were obtained, shown in Figure 11.
It should be noted that the dependences were obtained for specific gas and thermodynamic conditions (pressure, temperature and gas velocity in the intake manifold) corresponding to the maximum power mode of a particular diesel engine. For other engine models and modes of operation, the rational values of the design parameters may be different.
In general, the nature of the dependences obtained is expected, consistent with practical experience and available experimental data. The developed mathematical model, described in this article and implemented in a complex engine simulation model, makes it possible to evaluate the quantitative characteristics of these dependencies and, on their basis, to determine the rational design parameters of the fuel and water injection system into the intake manifold. For example, in the framework of this study, it was possible to increase the maximum engine power by 13%, while reducing the specific effective fuel consumption by 2% and ensuring that the maximum pressure of the gases in the combustion chamber is met.

In the course of a theoretical study, a mathematical model of working processes in the elements of the gas-air duct of a diesel engine with forcing by simultaneously supplying fuel and water to the intake manifold was developed, which:
Together, these features of the mathematical model distinguish it from the well-known ones implemented in the form of software widely used in the engine building industry (AVL Boost, GT-Suite, Ricardo Wave, Siemens Amesim, etc.).
The practical value of the mathematical model created for the engineering and scientific community lies in the fact that it can be used in conjunction with known submodels of processes in systems and mechanisms of a reciprocating internal combustion engine for the synthesis and subsequent use of complex simulation models and digital twins of diesel modifications with forcing by changeable injection of fuel and water into the intake manifold. By contrast with the aforementioned known mathematical models, it allows us with a sufficient degree of reliability to determine the rational design parameters of the fuel and water injection systems, the adjusting parameters of the forced diesel engine, while providing the required power and economic indicators and taking into account the limitations on the magnitude of the mechanical and thermal loads of its parts.
As part of the research, the mathematical model created was introduced into the existing software “Internal combustion engine research and development”, designed for the simulation of engines and power plants based on them, previously developed at South Ural State University. Comparison of the results of test calculations and field experiments confirmed the adequacy of the developed mathematical model and software.
In the course of test calculations, general regularities of the influence of various factors on the characteristics of the 12ChN15/18 engine processes with water and fuel injection into the intake manifold were revealed, and rational parameters of the injection system were determined to provide the required power and economic indicators, taking into account the permissible mechanical loads on its parts.

The authors thank South Ural State University (SUSU) for support of the research. 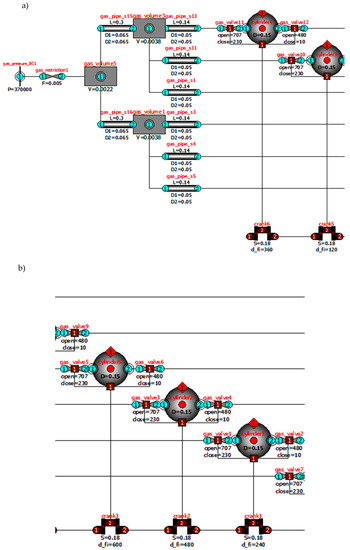 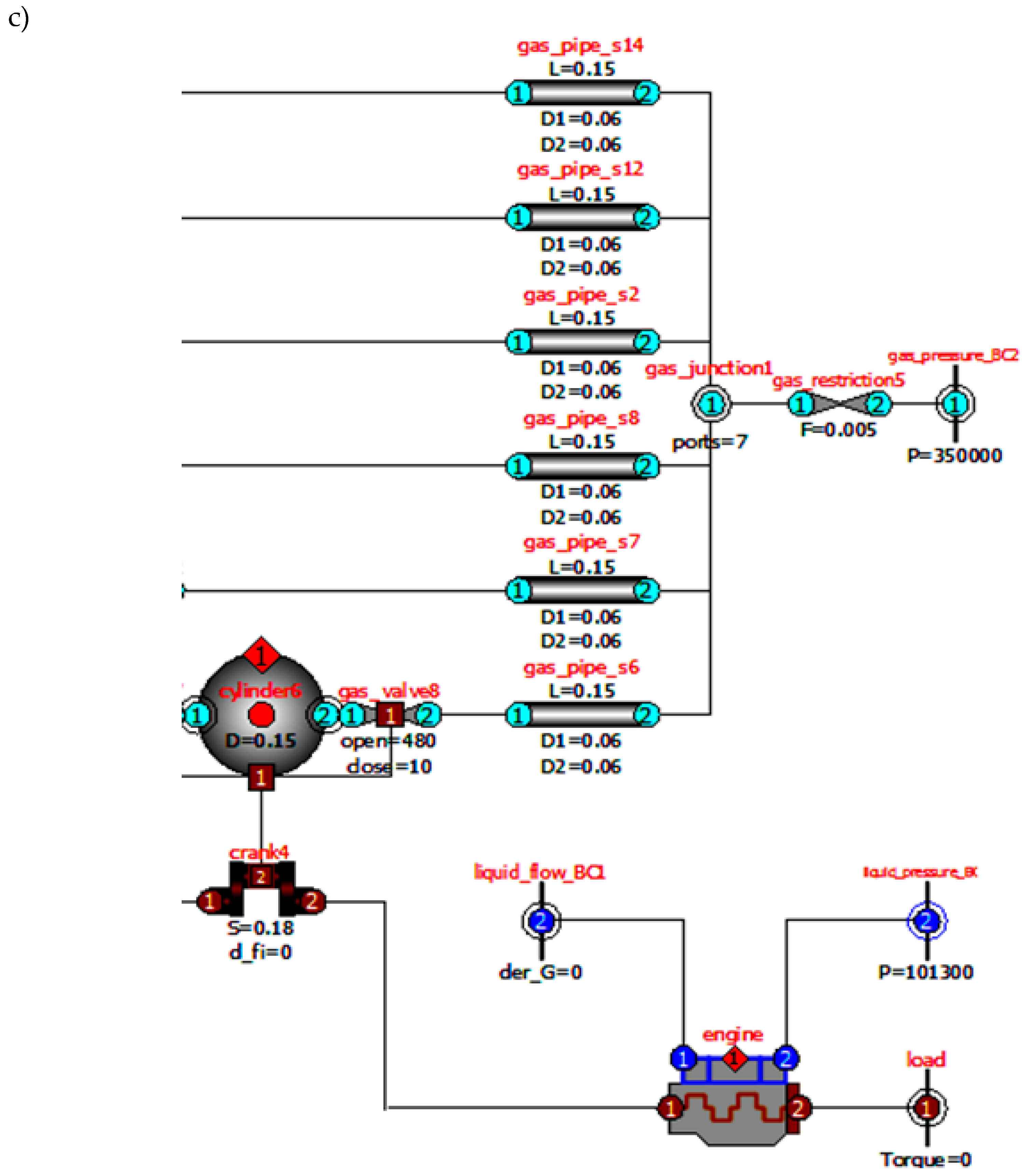 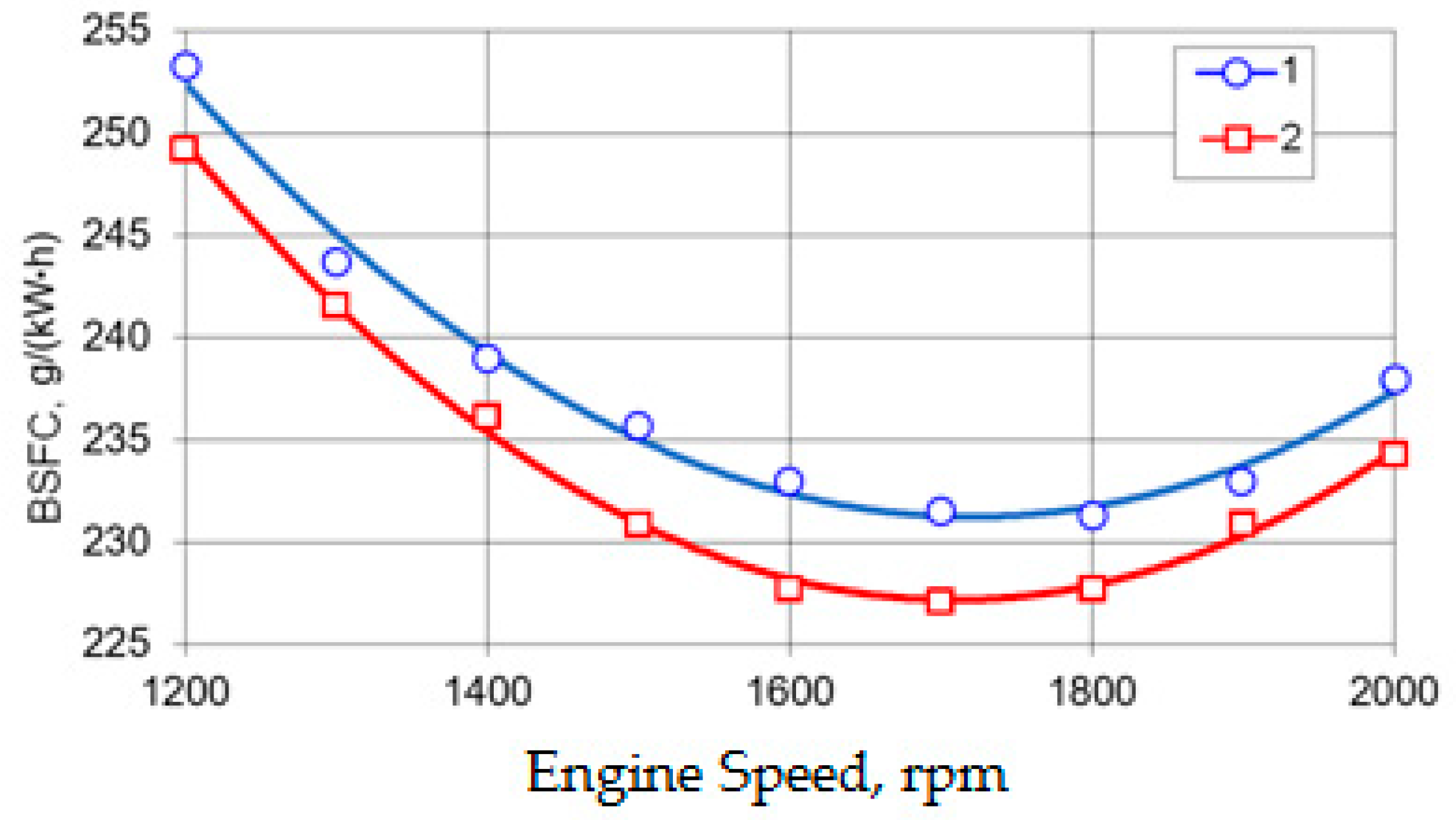 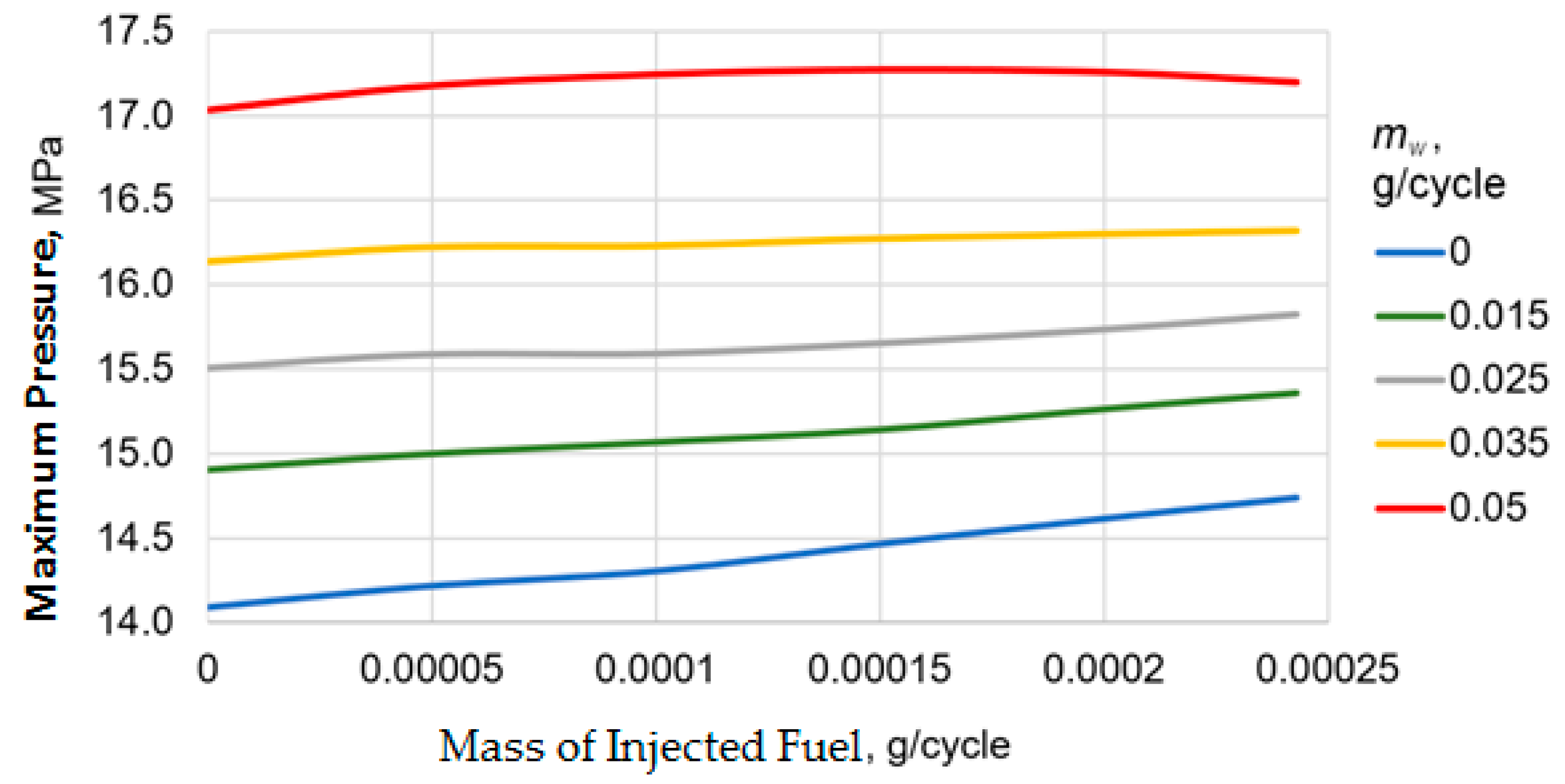